#ScienceSpeaks People Who Point Out Grammar Errors Are Huge JERKS!

Are you the unofficially appointed grammar police among your friends and family? Are you one of those who can’t stand a grammatical error and/or a typo? Do you cringe when someone badly butchers the beautiful English language, and you won’t have peace till you’ve corrected that person and have given them a lecture on the correct usage of there/their/they’re? Then you might just be a jerk!

Wait! I’m not saying that, Science is! 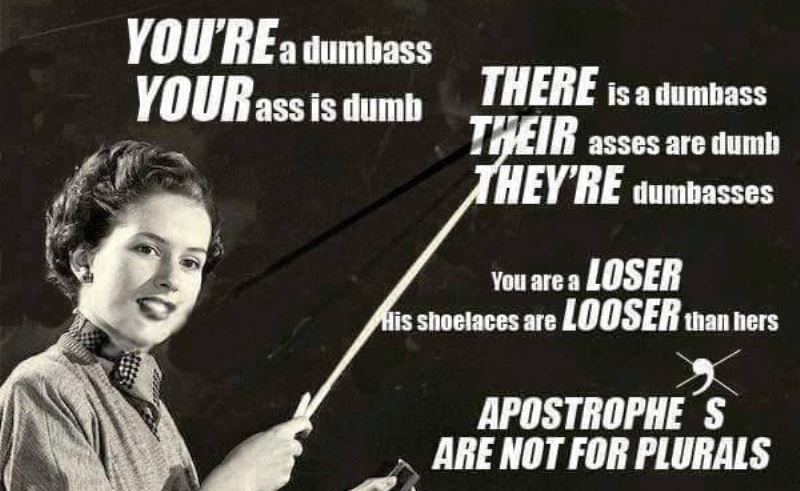 The researchers asked 83 participants to look at email responses to an ad for a roommate. While some contained no errors, others had been altered to include both typos, for example, ‘teh’ (the), abuot (about), and grammatical errors, for example, too/too, it’s/its and the like. The participants then judged the person who had responded to the ad based on their perceived intelligence, friendliness, and other attributes, such as how good they would be as housemates. They were also asked whether or not they had spotted any grammatical errors or typos in the mails, and if so, to what level they were bothered by it.

Researchers of the study found that participants who were determined as less agreeable were the most disturbed by the errors, and those who were more agreeable were more likely to look past these typos and/or grammatical errors. While the former were most likely introverts, the latter were generally extroverts.

Agreeability is a technical term from the Big Five Personality Index (BFI), which rates openness, agreeableness, extraversion/introversion, neuroticism, and conscientiousness in a person.

Julie Boland, professor of linguistics and psychology, and lead author of the study, said,

“This is the first study to show that the personality traits of listeners/readers have an effect on the interpretation of language. In this experiment, we examined the social judgments that readers made about the writers.”

So there you have it. Whether you’re a grammar snob or not, now you know where you stand! 😛

Article Name
People Who Point Out Grammatical Errors Are Huge JERKS, Says Science!
Author
Chaitra Ramalingegowda
Description
Apparently, people who point out others' grammatical errors and typos are huge jerks, says Science. As if we needed proof of that!