It Is Too Late For Us Now

“He really really really shouldn’t have done that. Amazing how much more obvious that became one second after it was too late.” – Eliezer Yudkowsky

I broke up with my ex-boyfriend when I was fully convinced that there was nothing left there anymore. I walked away when I realized that the balance will always be tilted towards disappointment and sadness with him. I left when I found out that he wanted less and I deserved more. And in that moment, I told myself one thing:

I tried enough, may life be more kind to me from now on.

But it only took a while before he reached out to me. He tried to convince me that ‘WE’ deserved another chance, at love, at life, at happiness. He told me that we may both meet someone, maybe, even fall in love but it shall never be the same with anyone else because we will never know someone else the way we know each other.

For a moment, I almost went back. There was comfort in knowing that there’d be someone I could text when I was bored out of my mind. Someone I could share my days with. Someone I could fill in on everything I felt since the breakup. There was the pull of familiarity, of lost love, of a feeble hope that things might just turn out to be different this time.

I was drawn in by the hues of a life we’d built together, a life that we’d wanted to live, for the rest of our lives. A pretty picture, that.  But art speaks to you in more ways than you can know. As my fingers traced the image of his tender kisses on my shoulder, because he missed me- he had missed me all this while- the colors melted. The paint dried, as the moment died and all the pain came gushing back. As I stood in front of the REAL, facing a fast disappearing memory of happier times, I was reminded of every reason it ended. And just like that, the brushstrokes went too fast- the paint from wet to dry and the love from appealing to dull. Just like that, I belonged in a portrait I never painted. 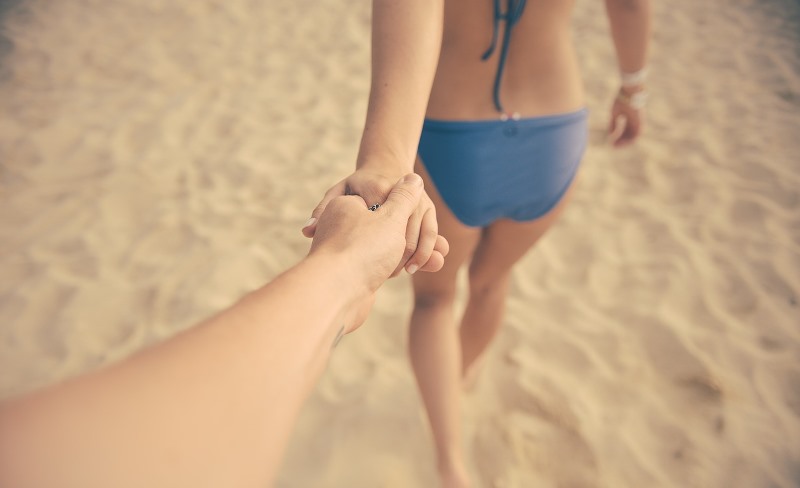 I remembered why I chose to end things. I recalled every moment when I assured myself that things would get better. I thought of all the times several reasons tempted me to leave and how I found just one to stay. That reason wasn’t always easy to find- because love, no matter what they say, isn’t enough. Not alone. Not in the absence of effort.

But I stayed. There was safety in staying. Lesser pain.

Of course, my mind knew I was settling- but I didn’t want to say it aloud, as if admitting it would make it real. Like the disillusion would descend on me, as soon as I burst the bubble.

But how long do delusions last?

I waited until my heart was still beating- when it had questions and doubts and could still register answers and explanations. I stayed until that hope lasted- the hope that if he loved me, he’d tell me, show me he did. I stayed because I believed that he’d spark that trigger of emotion inside me, as long as I had the last remaining shred of potential to feel it. But it was all for naught.

He came back too late- when I had already injected logic into my emotions, when I had convinced myself that all my decisions should be based on what people and incidents make ME feel rather than what I feel toward them, irrespective.

Where was he when I needed him? What was he doing when I called for him and my voice echoed in nothingness?

Did he imagine that when he came back, he’d find the same person he’d abandoned before she found the courage to leave?

Because here’s the truth, if you are brave enough to hear it- you thought the spring of our love would last, and that should you not want to stick through nippy weather, so we could be warm together, you could come back and find us the same. Maybe you turned back for only a little while, but in that long tick of the century, the leaves fell away. The woods turned to books and now, you are just a passing reference to the end of a chapter that begins the REAL story.

And you know what the book’s titled? ME. Because nobody’s too late to get back to themselves.