Jarod Kintz said, “We fell in love like two medium pizzas in one large stomach.”

So what does pizza have anything to do with love? Or dating, for that matter?

Apparently, a lot, according to a new study published in the academic journal Evolutionary Psychological Science. You may have seen men do a lot of things to impress women – from flexing their muscles to showing off their bodies to even drinking too much. But this new research says that men eat a lot of pizza to impress women. Huh. Strange, eh? 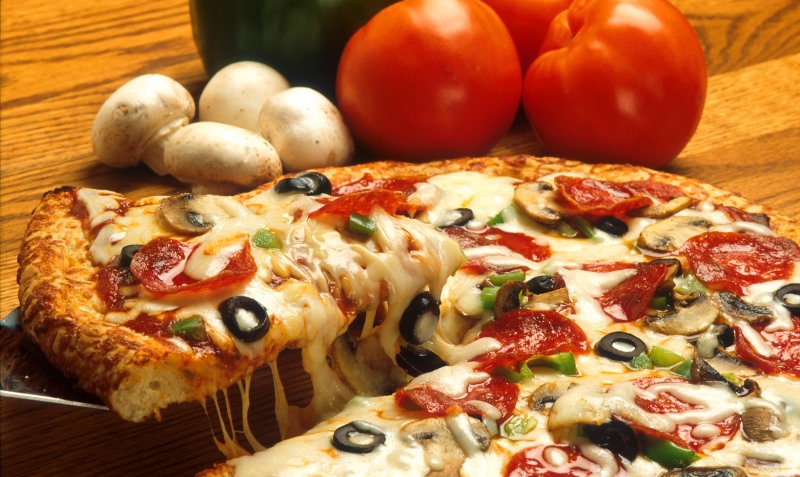 The study, called “Eating Heavily: Men Eat More in the Company of Women,” was led by Kevin Kniffin and a team of researchers from Cornell University, and wanted to better understand the correlation between sexual selection and questionable eating practices by men. The researchers sent 133 adults to an ‘all you can eat’ pizzeria. And the astonishing thing that they found was that men ate 1.44 more slices of pizza and more salad too, when dining with a female companion as opposed to a male companion. Surprisingly, there were no changes in the women’s eating habits, regardless of the gender of their companions.

Suggested read: #ScienceSpeaks The effect of eating has on female desire…

So this means that men eat 93 percent more pizza and 86 percent more salad when they’re dining with women rather than a man. Interesting, eh?

“When one recognizes the overwhelming presence of men in competitive eating contests where the goal is to consume as much as possible in as short a period as possible, then it becomes clear that male eating patterns warrant closer attention through the lens of sexual selection theory.”

Further, the lead author of the study, Kevin Kniffin, said,

“These findings suggest that men tend to overeat to show off. Instead of a feat of strength, it’s a feat of eating.”

Also, according to the researchers, eating excess pizza and other edible items proves to women that they possess “extraordinary skills, advantages, and/or surplus energy in degrees that are superior to other men.”

Whereas that may be their findings, it’s ironic that when men (or women, for that matter) consume pizza or any other high caloric food, it only leads to weight gain, which in turn creates a body type that is conventionally considered unappealing.

If the next time you and your date go on a pizza date, you’ll know that he’s trying to impress you. Whether or not you’ll be impressed is study for another matter, I think. 😉