I have suffered through acne during my teenage years, and let me tell you, I wouldn’t wish it on my worst enemy! The painful eruptions were embarrassing, ending with me on the bed curled up, crying my eyes out. Oily skin and acne might be rites of passage, but it sure was a greasy, painful, and spotty one. There are others, who are unlucky enough to have adult acne in our twenties – that’s just bad karma.

What wrong did we do that we were singled out? There’s no definite answer, of course. There are other factors that contribute to our pizza face – erratic hormones, stress, sugar, and what not, that have been proven scientifically to be the culprits behind our woeful facial situations. One upside to all the grease we carry around on our faces is that we don’t get wrinkles until later in life. However, a new study points out that people with acne and oily skin have built-in genetic protection against skin aging. This not only makes them look better later in life, it also helps them live longer too. 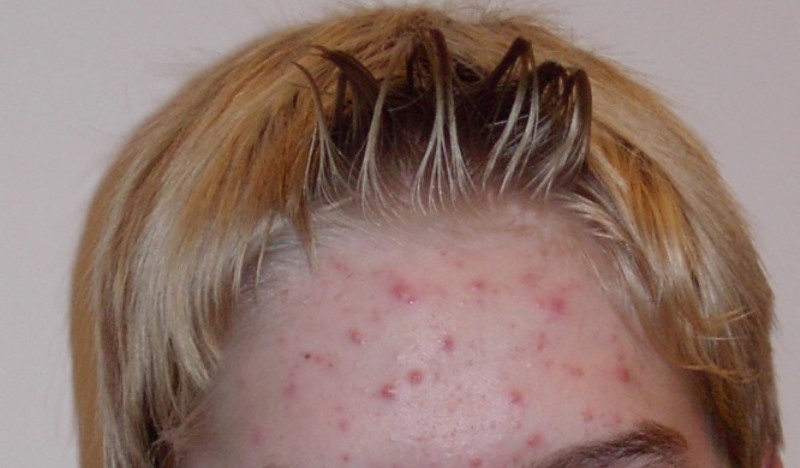 The study was recently published in the Journal of Investigative Dermatology, and was conducted by researchers at King’s College London. Doctors had observed that people with oily skin tended to have fewer wrinkles as they got older, but they didn’t quite know why. Now, the new study suggests that people with acne have significantly longer protective caps, called telomeres, at the end of their chromosomes. As these telomeres wear away over time, it can trigger ‘cell death,’ which is a rapid deterioration of the body’s cells, that happens naturally as you age.

Suggested read: Everything you need to know about makeup for acne-prone skin

Dr Simone Ribero from King’s College London, who is a lead researcher for the study, said,

“For many years, dermatologists have identified that the skin of acne sufferers appears to age more slowly than in those who have not experienced any acne in their lifetime. Whilst this has been observed in clinical settings, the cause of this was previously unclear.”

According to the studies, people with acne have thicker and more virile telomeres, in essence, protecting their cells for longer durations than others.

One of the authors of the study, Dr Veronique Bataille, said,

“Longer telomeres are likely to be one factor explaining the protection against premature skin aging in individual who previously suffered from acne.”

The researchers also noted that the skin in people who suffer from acne, a gene pathway called p53 appears far less active. This p53 is known to regulate cell death.

So I guess this is the universe paying back for giving us acne in the first place, eh? If you suffer or have suffered from acne growing up, you have much to be thankful for and be smug about. Just remember this study, and you’ll feel better!