The Unexpected Lesson Life Taught Me When I Least Expected

There are lots of life lessons I have learned. That’s because I have made lots of mistakes. Also, because I have challenged myself quite a bit too. After many situations I have escaped from, I have said to myself, ‘Never do that again,’ or ‘Next time, do that.’

But one life lesson always sticks out; it’s not the most glamorous or exciting, but it stays with me. I call it my ’10 steps then stop, and repeat’ lesson. 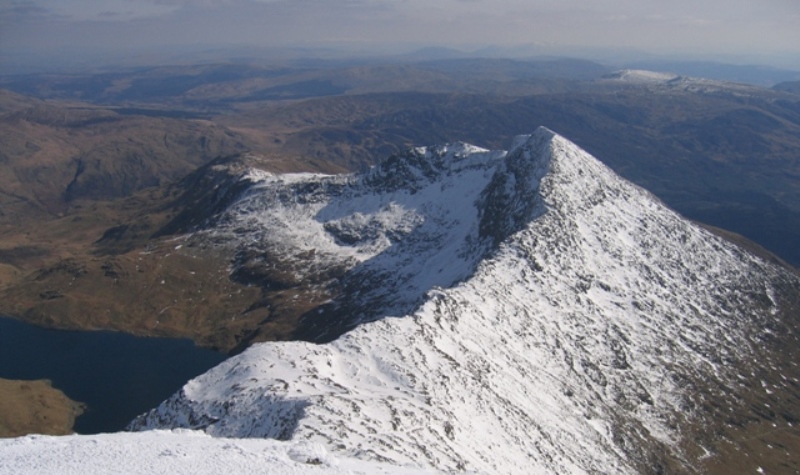 I hate mountains. I hate hills, that’s because in my days since I left the Royal Navy, I am unfit. Therefore, it made a great challenge to put on my bucket list. I decided to climb Mount Snowdon which is the highest mountain in England and Wales. I attempted it with my friend who I call Nic Nics. Now, she is massively into fitness and could probably run up Mount Snowdon, no joke. I wanted to go up the easiest route. I thought that by going on 6 bike rides beforehand made me fit enough to climb a mountain.

Suggested read: 10 things on my bucket list totally out of my comfort zone but truly worth it

I was wrong. Very wrong.

We got a bit lost finding where to start. But long story short, it wasn’t the easy route, but was one of the hardest routes!

I’m not exaggerating when I say that within 20 minutes – yes 20 minutes – I was exhausted! The steps were high, rough, and slippery as it started to rain. Great.

I didn’t realize because I was a fool and utterly unprepared, that sometimes to climb a mountain, you have to go across, down, then up. I found it demoralizing. We got on a good path, and I kept looking up and saw the ‘summit’ in the clouds and thought, ‘Okay, this doesn’t look too bad.’ Nic Nics was out in front telling what kind of steps were next – ‘this bit is ok,’ or ‘watch these steps Vic.’

Looking up kept me going, until I looked ahead and we had to go down. What!? That’s not fair! It was like nature was playing with us, testing our mental endurance as well as physical.

I was becoming exhausted and was well into my ‘rations’ of Mars bars and nuts. I remember saying to Nic Nics, ‘we are doing alright aren’t we?’ trying to ignore that loads of people were overtaking me. I was slow. Real slow.

Then, looking up, I kept walking. I was estimating the time it would take to get to the summit. But as I walked around 30-40 steps round the mountain, another mountain came into view in front of us. It was a monster. It was far bigger than the ‘summit’ I thought was the top of Snowdon.

I said to my friend, ‘Nic… There looks like people on top of that one. And they are as small as ants!’

I started to panic. What I thought was the summit of Snowdon wasn’t even halfway to the real summit that emerged in front of us that was a beast. What’s more, when I saw the path up, we had to go down again, just to go up.

I started to cry and had to sit on a rock that wasn’t comfortable as it was digging into my bottom. 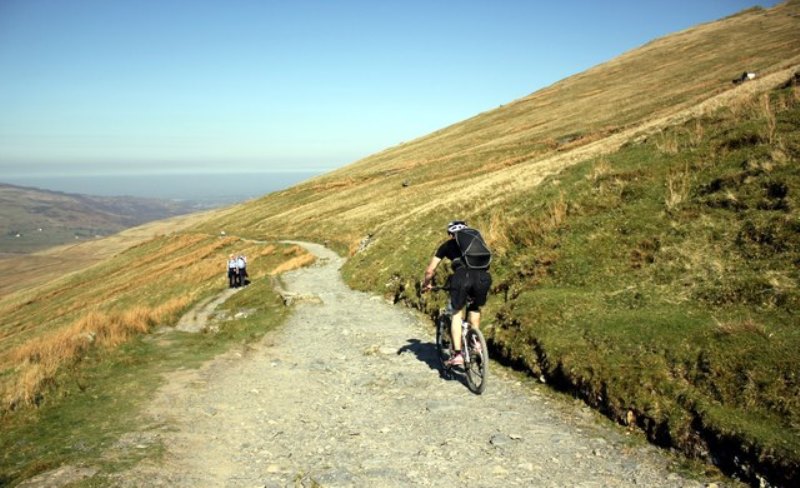 ‘I can’t do it Nic, I can’t do it,’ I said. I felt it was unfair, that I had been played in some way by ‘somebody’ wanting to deny me ticking this off my bucket list.

Nic explained that the energy we would use to go back to the start, we could have reached the summit. She was trying to make me feel better, bless her.

I sat on that blimmin’ rock for what felt like ages. Some people who passed us going up, passed us coming down just to add insult to injury. I stared at the summit in front of me. It felt like it was taunting me.

I made a point of not looking up at the summit; it was too far away. I purposely looked directly in front of me and counted out 10 steps, then I had my 2 (or 3) minute break.

We did this for quite a while, then I got more tired as the steps got steeper. It went to 7 steps then a break, then 5 – but I felt we were making progress.

Suggested read: 7 things you really need to include in your bucket list

I almost cried when a group of climbers said ‘nearly there girls’ as they were coming down. I still didn’t dare look. My aim was just to put one foot in front of the other, every inch was progress.

‘Nic, I can only do 3 steps now…,’ I was panting with exhaustion.

‘That’s alright, Vic.’ Nic had to put up with a lot from me on this journey!

‘Just count Vic…one…two…three….then rest.’ I could tell we were close, the ground looked different.

‘We’ve done it, Vic!’ Nic called out, which I only just heard since it was blustery up at the summit.

I always say it wasn’t my body that made it, but my mind.

I use the same metaphor in life now – ‘Just focus on what is in front of you, no matter how slow you go, and the summit will come to you.’

What life lesson did you get to learn when you least expected? Tell us in the comments below. 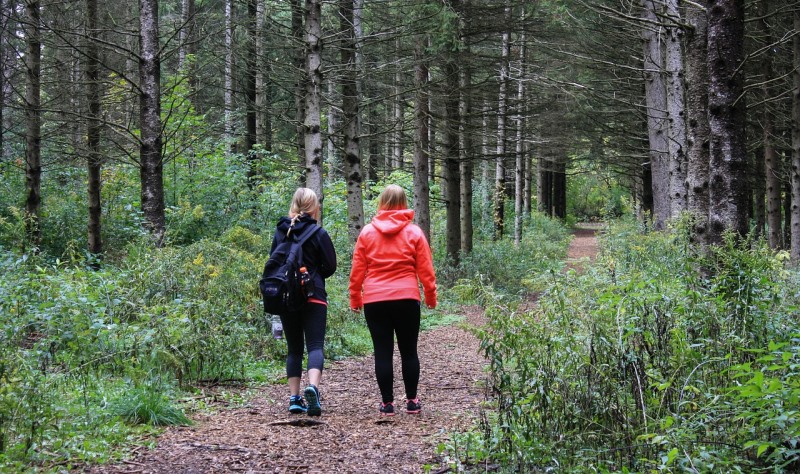