#ScienceSpeaks The Way To A Man’s Heart Is Through His Stomach. A Woman’s?

You’ve probably heard that the way to a man’s heart is through his stomach. That if you know how to please a man’s appetite, you’ll know how to woo his heart. But could the same be said about women?

Apparently, the same holds true for women as well, says a study! Yep, the study, conducted by researchers at the Drexel University in Philadelphia and the University of Pennsylvania, found that women were much more receptive and interested in romance on a full stomach, than when they hadn’t eaten. Researchers scanned women’s brains while they were viewing a variety of images, and found that they were ‘significantly more responsive to romantic stimuli after a meal than prior to it.’ 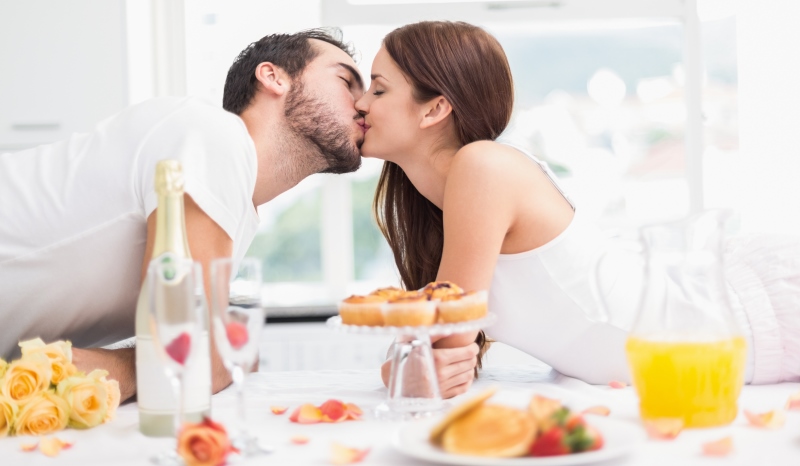 For the study, a group of normal-weight female students were asked to fast for eight hours. Then, they were showed them a variety of neutral and romantic images, while their brains were being scanned inside an MRI scanner.

Interestingly, when they were in this hungry state, these women showed the same reactions to both neutral images like a tree, a bowling ball, and a stapler, as well as romantic images such as couples embracing or holding hands.

Then the researchers gave the hungry women a chocolate-flavored, 500-calorie meal-replacement shake, followed by the same experiment as before. That is, they were shown the same set of neutral as well as romantic images. And this time, the romantic images received a much stronger reaction from them.

This led to the researchers to suggest that when hungry, a woman’s focus is primarily on getting some food in their belly. However, when their bellies are full, women can then focus on their other needs, such as sex.

Suggested read: Couples that put on weight together, stay together, says Science

Dr Alice Ely, the lead author of the study, said,

“We found that young women both with and without a history of dieting had greater brain activation in response to romantic pictures in reward-related neural regions after having eaten than when hungry.”

The study was published in the journal Appetite, and the researchers wrote,

“Across cultures, food and romantic reward are closely intertwined. Courtship rituals frequently involve meals or the presentation of food, and while it is certainly a socially-influenced practice, it is seen in the animal kingdom as well. This data suggests that eating may prime or sensitive young women to rewards beyond food.”

The researchers pointed out the fact that the results of this study are contrary to several older studies. Apparently, these older studies showed that people were sensitive to rewarding stimuli such as food, drugs, and money, when they were hungry.

Elaborating on this, Dr Ely said,

“In this case, they were more responsive when fed. This data suggests that eating may prime or sensitize young women to rewards beyond food.”

Well, now you know the answer to the question: Is the way to a woman’s heart through her stomach? Yes, it is. The same as the way to a man’s heart is through his stomach! And we can’t fault that logic, because going hungry can make anyone cranky and grumpy, and less receptive to anything really, not just romance, no? 😛