After giving us fascinating condensed clips of the evolution of beauty in countries ranging from Mexico, Korea, and Iran to chronicling the trajectory of beauty, fashion, and style in the Philippines, America, and Persia, the immensely talented team behind The Cut has finally given us news to cheer! They have launched the Indian version in the ‘100 Years of  Beauty’ series, which, needless to say, has amassed more than half a million views within 24 hours of its launch!

Creative director, Mike Gaston opened up on the difficulty of narrowing down choices for encapsulating Indian beauty.

“One of my researchers, who is Indian, broke it down like this: India is such a huge, diverse country and there is no way to include it all,” he said. 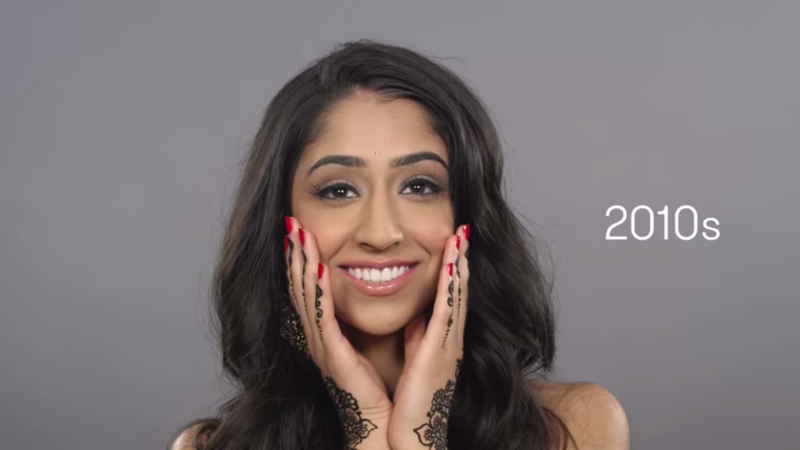 Therefore, instead of treading the region-by-region path, they decided to chalk out the progress of beauty from the 1910s up until the present, vis-à-vis the lens of Bollywood.

“The celebrity side of Indian beauty was the commonality,” says Gaston.

After an intensive research into how the Bollywood actresses styled themselves through the decades up until the present, they decided to capture the transition vis-à-vis the shift in the way potent nominals of beauty like the bindi, kaajal, and henna were used as well as weave in how the other markers of style like liner, pallu, and jewelry were integrated into the look. Key historical and political paradigm shifts were also taken into account to give the overall look/s in the video credibility.

Trisha Miglani, a dancer and student at the University of Pennsylvania, stars in this two minute viral clip of 100 Years of Indian Beauty, donning the several inspired looks.

Let’s take a look at the various looks in 100 years of Indian beauty video: 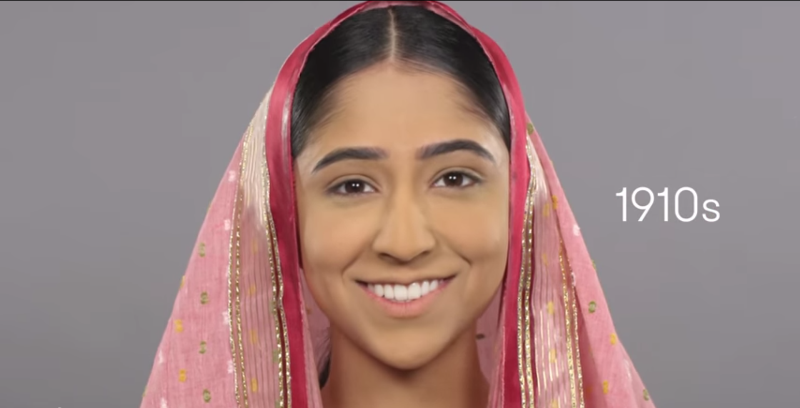 With Indian cinema being a newborn at the time, the Hindi film heroine was yet to emerge as a ‘heroine.’ And so, the middle parting of the hair and heavy-border saree pretty much defined the woman of the times. 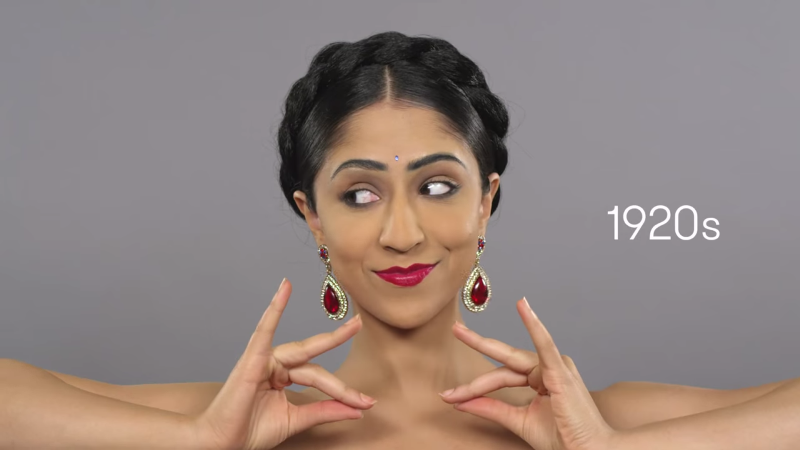 It seems Trisha’s look has been inspired by Ruby Myers aka Sulochana of Typist Girl (1926), Balidaan (1927), and Wildcat of Bombay (1927) fame. Her braided hairstyle and bright lipstick are clearly reflected in Trisha’s look. 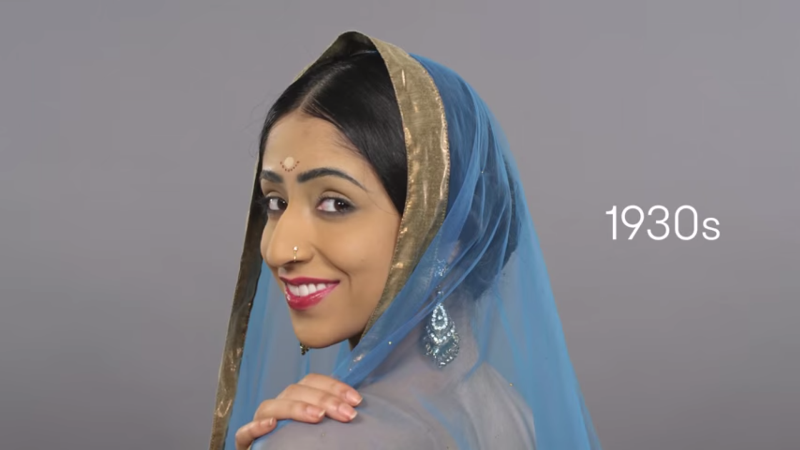 Remember Karma? Yep, Devika Rani, with her tiny bindi, radiant face, and light makeup ruled the screen and so does Trisha in the few nano-seconds during which 1930s pass like a flash of lightning! 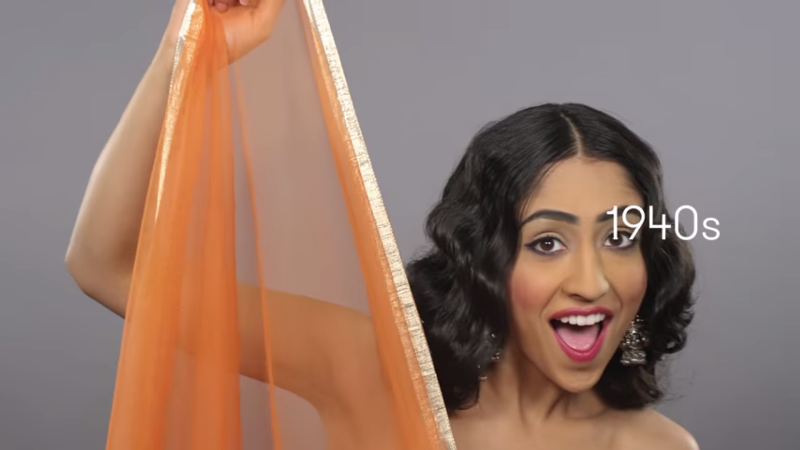 Oh, the time of the eternal beauty, Madhubala. The epitome of beauty receives a sort of faint reflection here in Trisha, with that chiffon dupatta, jhumkas and painted lips. 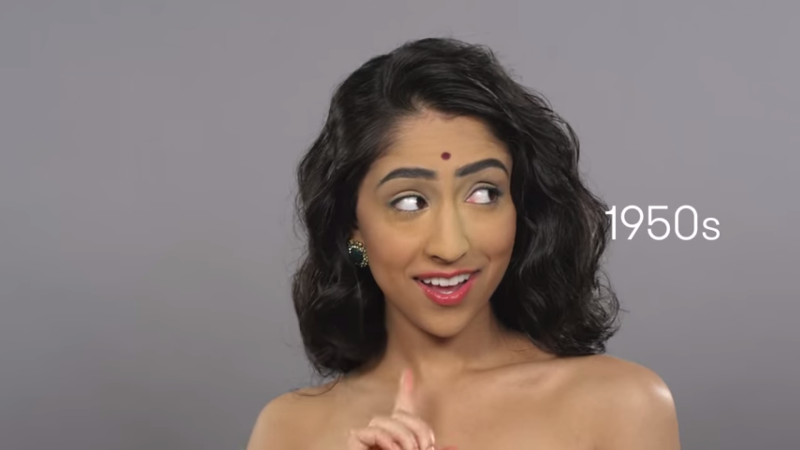 The cropped hair of Nargis, with those popping studs and the hint of a smile – pyaar hua, iqrar hua? Get it? There it is. 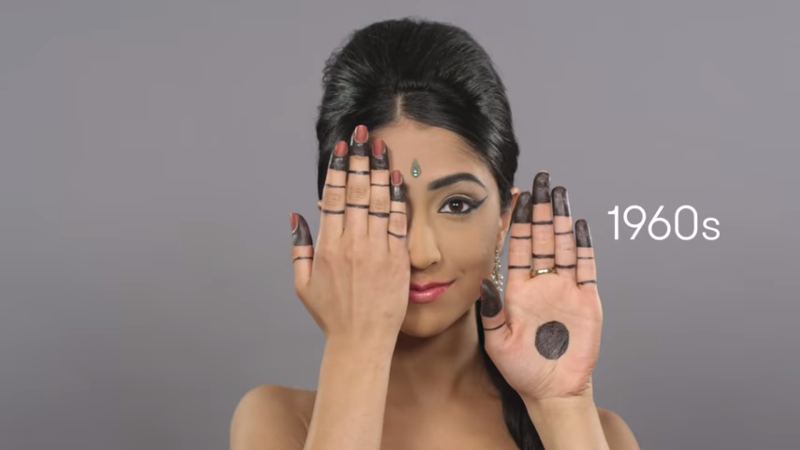 Sharmila Tagore’s bouffant hairstyle, those long lashes, and the winged eyeliner are all evident in Trisha’s dramatic style. You’d have figured this one, even if I didn’t tell you! 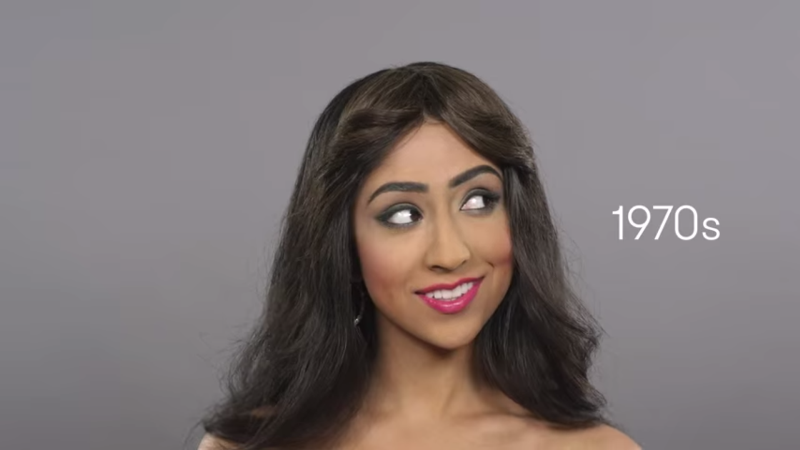 Some glitz and glam bombarded the Indian film scene – what with actresses like Zeenat Aman, Shabana Azmi, and Parveen Babi ruling the day. You see the corresponding shift in the makeup of Trisha, with the bindi flung out the window! 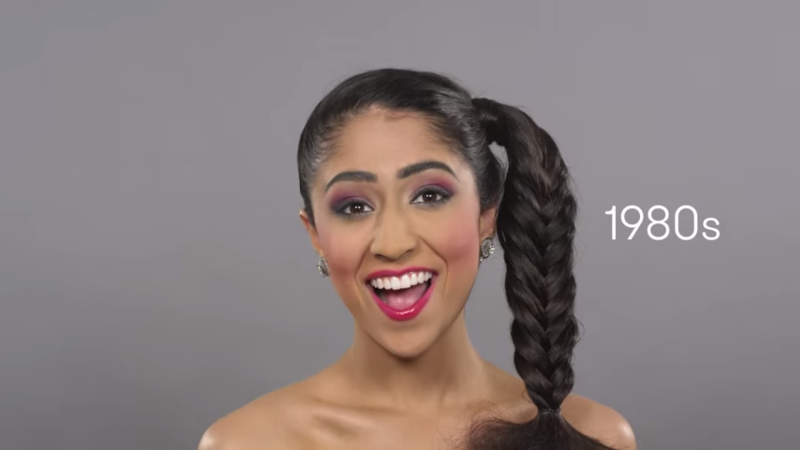 If you are wondering whose look Trisha is sporting in the decade – it’s Sridevi. Yep, with that side braid. 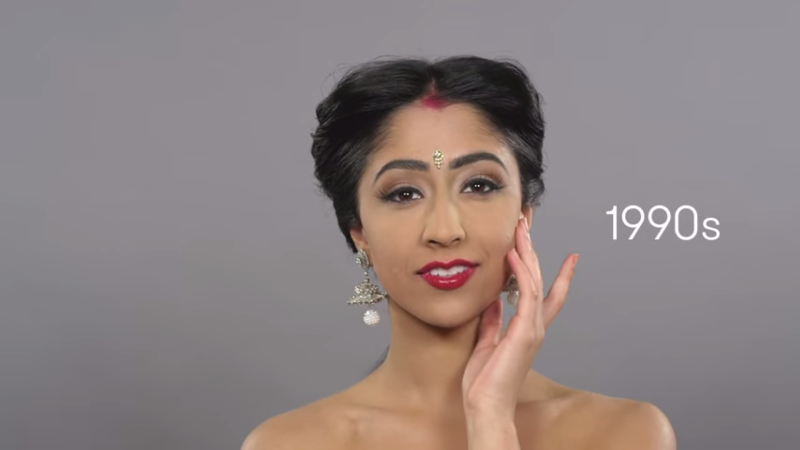 With a chignon, blingy bindi, jhumkas, and the unmistakably painted lips (in those dark hues) – we have a Madhuri Dixit leaping forth here. 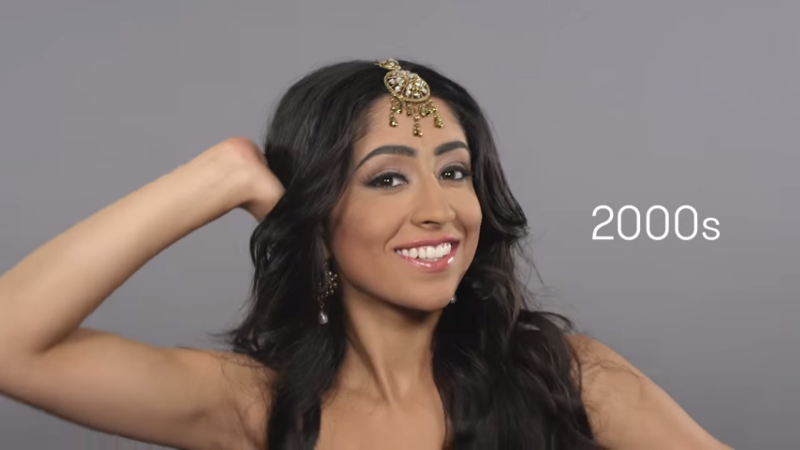 This could easily be a ‘Do dhaari talwar’ look! Seems like it, doesn’t it? 😉

The video has gone viral and Gaston speaks about the popularity of the series,

“Whether you are Iranian or Indian, people like to see representations of themselves, you have your own ideas of what you will see and there’s a certain satisfaction that comes with it.”

On speaking about the mission of the series, he asserts that his team wants to challenge the existing perception of beauty, emphasize the contextuality and focus on its fluidity. He says,

“We are trying to be contemplative about all the factors which shape people’s perception of beauty, from social, political, economic and religious ones. Everyone can admire something that is beautiful, like a sunset, but style is more contextual and that’s what we’re trying to get people to think about it.”

Well, we are glad. Keep up the good work.