What I Learnt About Myself On My Solo Journey To Vietnam

You never really know yourself until you travel alone… and things go wrong.

I was waiting for my flight to Bangkok then to Vietnam. I had just said goodbye to my mum, who brought me to the airport. She had my phone with her as I was worried about losing it. I was eagerly waiting for my next bucket list adventure. I went to check in, with my paperwork and passport ready.

The lady asked, ‘Have you got your visa?’ 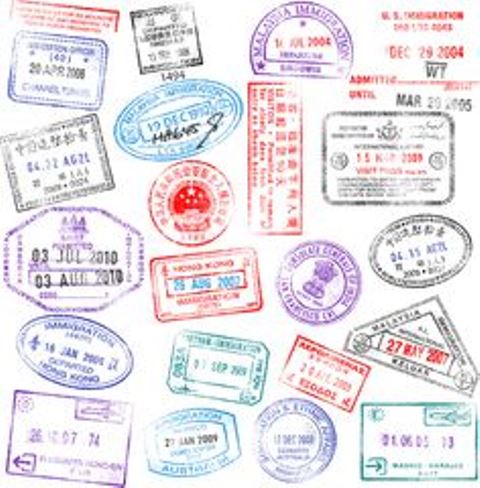 I gave her some paperwork that said about a visa on it. The company I was meeting up with said they took care of visas and such. Her face looked a little confused, looked at me and said she needed to speak to her manager. By now, a line had begun forming behind me.

Suggested read: 7 things you really need to include in your bucket list

She came back with her manager, who checked all my other details and said to me quietly, ‘This isn’t a visa.’

My face dropped. ‘But the company I’m meeting, they said they will take care of the visa,’ I told her.

They told me that I could easily fly to Bangkok, but it’s highly unlikely I will be let on to fly to Vietnam with the paperwork I had. I was screwed. I had no phone, no cash.

I asked what I could do and she said, ‘You could apply for an emergency visa.’

I asked how likely was it that I would get it within the space of hours, and she said, ‘Not likely.’

The manager said that upstairs in ‘Departures,’ there was internet where I could apply. If I didn’t, they couldn’t let me fly and I would have lost a lot of money.

With my heavy backpack, I sprinted up the escalators to find the internet cafe. I didn’t even know what to type in, so I just kept it simple. ‘Emergency visas to Vietnam.’ I clicked on what looked like to be the right one. There was a charge, of course. In the comments part, I wrote how much of an emergency it was and hoped that it would come through. 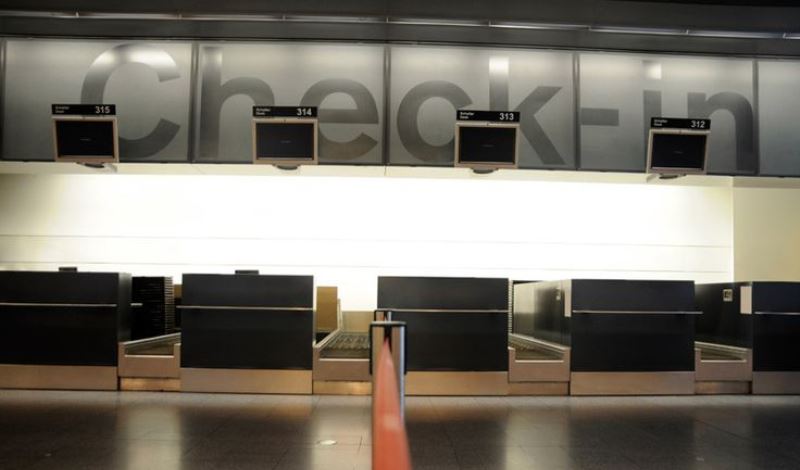 Now I needed to print it out. Where’s the printer? For some crazy reason, the printers were about 200 yards from where the internet stations were. Why? I sent my document for print, and it came out with a several digit number that I would have to type in to retrieve my file. Problem, I didn’t have a pen, and there was nobody around to ask for one. I sprinted to the printer station trying desperately to remember my number. I had to login etc. and try to remember my number, but I forgot it. I had to go back to the internet station, pay with my credit card again just to use it, but luckily, I found somebody who had a pen. I scribbled the number on a packet, then sprinted again. Typed the number in, and bingo, got the print out.

Time was ticking on, where I was almost going to miss being able to check in. I was out of breath, stressed, and not even certain I would be allowed to get on the plane. I grabbed my backpack and went to check in. I was the last one. I handed over the paperwork to the same lady. Oh no! She had to go and get her manager again. They looked at the paperwork, then at each other. I looked at the clock and time was running out. They deliberated for what felt like ages, then finally let me through to Departures. Yesssss! I had done it!

I landed in Bangkok, no problem at all. Feeling pleased that I had overcome that obstacle, I boarded the flight to Vietnam, without a hitch. Awesome! 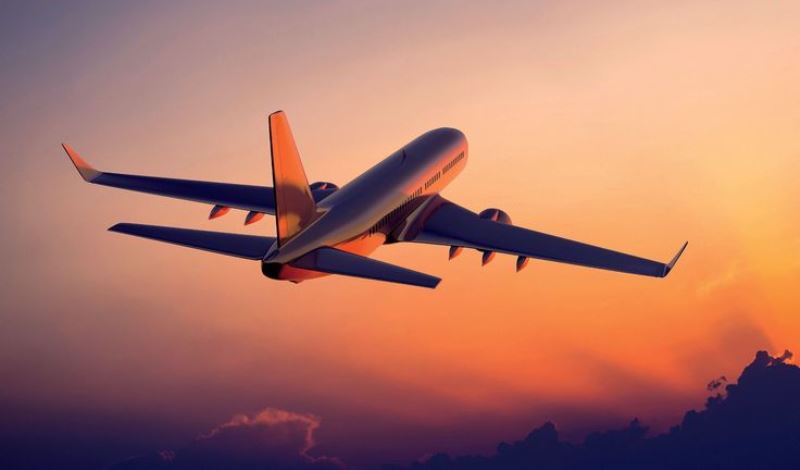 I landed in Vietnam, excited. I knew that I had booked and paid for a taxi to take me to my hotel. I came through to passport control. There was only one person on duty and a looooong line of people queuing up. I got all my paperwork out, aware that I need to hurry up as I still needed to collect my backpack from baggage claim, but I needed to get through Passport control first.

Suggested read: 10 amazing reasons why everybody should have a bucket list

The line slowly went down. They always say trust your gut instinct, but I wanted to shut mine up when I felt something was not quite right. I looked at the paperwork of the guy in front of me and his visa paperwork looked different than mine. But I thought, he isn’t English, so it probably IS different. I finally got to the desk. A man with a gun, who spoke next to no English (but hey, I don’t speak ANY Vietnamese!), looked at me without a smile. He took my passport and didn’t give it back. He asked for my visa and I gave him my ‘visa’ paperwork. He screwed his face up and shouted, ‘What’s this!?’. I said ‘Visa! Visa!’.

He kept my passport and gestured for me to wait until the queue went down, just as another load of people from a flight came in. I was confused and worried. I didn’t have my backpack, and I was sure my taxi would be waiting. I joined the queue – again. Another half hour passed, and I was at his window. He was even less welcoming. He showed me what a visa ‘should’ look like. Yep, I didn’t have it. Then he gestured for me to wait again. 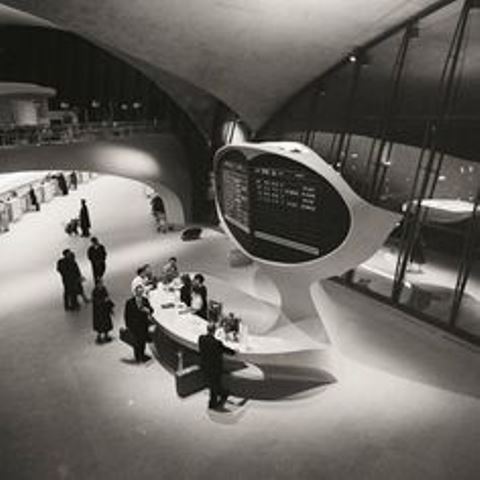 I knew that I had applied for SOMETHING online at that airport in the UK; what was it if it wasn’t a visa? Would I get the visa in my email? I just needed the internet. I queued up – again. I wasn’t leaving this time without a clear answer. I got to his window, I saw my passport, but he wasn’t letting me have it. I asserted myself with, ‘Ok, can you tell me if you have internet? Where is it?’ He replied that he didn’t have internet. Great.

He told me the man ‘over there’ would know. As soon as I went over to him, I knew I had lost my place in the queue. The man ‘over there’ didn’t speak any English and was even ruder than Passport man. I went over to another desk and asked for the internet, but they didn’t have it. I saw a man using a laptop. I asked him, but he said it was just internal mail. I thought to myself that even if I find what I’m looking for, where could I get it printed? I looked over and saw another load of people queue up to passport man. Great.

Now… it was at this point where I am happy to admit that I felt broken. I wanted to give up. But the trouble was, I didn’t have my passport or my backpack. It was like a movie scene. I could imagine the camera high above me with me in the middle of this massive room and more people joining that passport queue and mingling around, and I just stood there.

I was just on the point of bursting into tears, when I felt a tap on my right shoulder.

‘You looking for internet?’ came a wonderful, kind voice.

I turned around and saw this Vietnamese woman. She worked at the airport and must have heard me ask everybody if they had internet. I said, ‘Yes!’

She took me in the opposite direction to this office and gestured for me to sit at her desk and use the internet. My goodness, the relief! But… Even if I did have the internet, I wouldn’t be guaranteed of anything to do with the visa. Granted, I had a long flight, but that wasn’t long enough for me to be granted a visa surely?

I logged on, and I squinted as my emails loaded. There it was, at the top. An email with an attachment. I prayed as I opened it that it would look like the one that passport man had showed me. I cried when it did. AND I could print it too. I wasn’t sure if it was ok to hug, but I hugged the lady. She was truly an angel!

I ran back to join the queue to passport man, who was definitely sick of me now. He checked my paperwork, looked a bit suspicious, then stamped my passport and gave it back to me. SUCCESS!

I sprinted through to the baggage part. There wasn’t any. I shouldn’t have been surprised. This ordeal had been over 2 hours. I desperately tried to find the counter that was for abandoned luggage, but couldn’t. But…out of the corner of my eye, I saw a woman wearing airport uniform pushing a luggage trolley, and my backpack was on it! I sprinted and just about caught her up. I had to describe what was in the pockets (quite rightly), before she gave it back to me.

Suggested read: What checking things off my bucket list has taught me

I then sprinted through to Arrivals and was greeted by a sea of faces with boards being held up with various names on it. I knew it was near on impossible that my taxi man would have waited, and even if he had, how on earth could I see him? There were hundreds of people waiting. I tried to scan each one and then had given up hope. By this point, I was exhausted. I made my way outside, but guess what? The very last man who was holding a board up was my taxi man. I have never been pleased to read ‘Vicky Jones.’ He had waited for over 2 hours!!!! I gave him a massive tip!

It was in that taxi journey that I realized that when you feel like giving up, keep going; then, who knows, miracles can happen.

I also learnt to make sure I get a visa sorted properly before I fly!

Trust me, that was only the beginning of a great adventure on solo journey in Vietnam, Cambodia, and Thailand. The rest of the story will be in my book, ‘Bucket List Part 1 – Project Me.’ 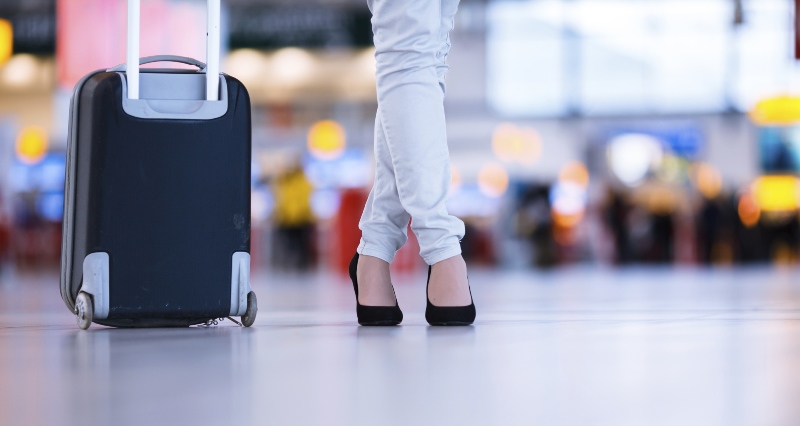 Article Name
What I Learnt About Myself On My Solo Journey To Vietnam
Author
Vicky Jones
Description
A solo journey isn't what it's cracked up to be - it can be MORE. It can be a lesson in itself.