Heteroflexible: All You Need To Know About A Rare Sexuality

Love, comes in all shapes and sizes. Just like human beings. GenY is significantly different from the previous generations regarding the expansion in their belief system, and their diversity. Today, we practice notions, and flourish in careers that our forefathers couldn’t have even conceived. After ages of conforming to what others deemed as “normal”, we’ve only begun to find our own voice, and that has grown to include our sexual orientation too. We no longer identify ourselves with the black or white, but set camp in the grey-ground that nobody found the courage to explore or understand. For years, we have been scared of our own preferences, living in absolute denial to fit into society’s shoes.

Suggested read: OneGoodCrush dating app is for all gender expressions and sexual orientations

Primarily, the “society” does not encourage change. It believes stability lies in consistency, and if our forefathers could sleep with the opposite gender and be happy, why must we complicate it? We have more wars fought inside the closet than we do on actual battlefields, and most of it is due to lack of substantial knowledge. Today, we aim at understanding a rare sexuality called ‘Heteroflexibility’, and seek to share information about what is heteroflexible. This narration isn’t a value judgement, and hopefully, by the end of it, a verdict is the last thing you’ll be looking for.

Heteroflexibility is a form of sexuality based more on your immediate preference than your orientation. Heteroflexible candidates mainly recognize themselves as ‘straight’ but wouldn’t completely give up the idea of a liaison with the same gender. However, that idea is never long-term.

For e.g.: A is straight and only likes men, but during a party, A might consider kissing another girl. A is heteroflexible.

Origin of the concept

Heteroflexibility is an urban colloquial term of very recent occurrence. As the days go by, we’re burdened with an unjustifiable need to be able to ‘label’ ourselves. We’ve come up with the term ‘friendzone’ for the awkward limbo of unreciprocated love. Heteroflexible, too, has arisen out of the need to be able to tag oneself under a category that explains exactly how one feels.

Somebody who is bisexual is almost equally interested in both genders. They would consider partaking in a romantic relationship with people from either gender. A heteroflexible subject, however, considers a same-gender liaison an exception, and would never consider it long-term. They do not find men and women equally attractive, and their ‘tryst’ is specific to the moment.

Pansexual individuals do not consider gender as an issue. They would go ahead with anybody they fall in love with, irrespective of their genetic composition. A heteroflexible subject, however, owes his/her loyalty to the opposite gender, and generally, identifies himself/herself as ‘straight’.

Heteroflexibility is not restricted to women

I know the old saying goes that a woman is never straight, and while that is a topic for another debate, I’d like to point out that it isn’t just women. It has been observed that men show heteroflexible tendencies as well, sometimes, it’s covered because of the difference in accepted behavioral rules for their gender.

We often write off heteroflexible subjects as “confused”, because they don’t know what they want. We attach a very negative connotation to it, believing that if by now they haven’t even figured out their preferred gender, then they’re whiling their life away, carelessly.

Correction: They probably have their sexual preferences sorted. Choose to ask instead of assuming.

2. They are secretly gay

It is a new-age phenomenon but way more people than before are convinced that a ‘Gay Apocalypse’ (however ridiculous that might sound) is approaching, when the entire Earth will convert to homosexuality, and persecute heterosexuals. People are paranoid about their children, and their colleagues turning gay. They openly judge even a harmless compliment you pass your co-worker of the same gender.

Correction:  Yes, I like what my best friend is wearing. No, I did not give her that compliment so I could take it off. Thank you very much.

3. They are too modern

Blame it on the generation, it costs you nothing. “These kids” and “kids today” have made it to more family discussions than actual news headlines. Our sexual orientation or our liberal mindset too is a pan-generation vice. We’re all going to hell because we chose not to be tied down by society’s illogical definitions of Love, Life, and Sex. Having your own way is looked upon as a lack of discipline and directionless living. We are either obedient or we are wrong. There is absolutely no in-between.

Correction: There is no such thing as ‘too modern’. There’s modern and then there is Ice-Age-level backward, which you can obviously relate to.

4. They are just playing

We often attribute heteroflexibility to “Playboys/girls”. We find fluidity in sexual preferences a tad bit disgusting, and call them ‘players’ because they are just playing the field because they can.

Correction: No, they’re not playing the field. The only field they want to play in is the hockey field, using your brain as their puck.

Oh, the age-old debate about what nature decreed correct. We’ve been stuck in this debate for far longer and with more zeal than the Nature v/s Nurture hullabaloo. We judge and distance ourselves from “people like these” since they’re “going against the way of God”.

Correction: If you’re really this concerned about Mother Nature, stop littering on the streets, carpool, turn the AC off, and do humanity a favor by letting people live their lives the way they want to. Nature supports what comes naturally. So, let it thrive.

The term ‘Heteroflexible’ is relatively new and not so widespread. Several people have been extremely troubled about the identity of their orientation. Sometimes, being unaware of the whether they are heteroflexible, they are stuck in a limbo between tagging themselves straight, or gay, since neither feels correct. Help them out, instead of judging them. It’s very difficult not knowing where your roots lie, or who you’re headed home to.

2. It’s difficult for them to find an understanding partner

It’s extremely difficult for anybody to find a partner who’s on your side of the war; your comrade and best friend. Heteroflexible subjects, generally being associated with confusion and indecision, find minimal support from partners. They’re always insecure about their partner’s preferences, and berate them along the lines of the myths stated above. As their partner, you’re supposed to validate them and help them find their swords, not tear them apart. A little faith can go a long way.

3. They’re not doing it for attention

9 out of 10 people believe that we’re just seeking attention by breaking rules. The funny thing is, we’re always trying to achieve the very opposite; hoping nobody finds our love life interesting, and praying it doesn’t become the headlines for our next family drama. Believe me, your attention isn’t so important that one would completely change their sexuality for it.

4. They are not experimenting only

Irrespective of your notion or belief, most people don’t have to-do lists that read: Today, we try kissing a girl. No, heteroflexible subjects do what they do because they’re attracted to it. Not because they suddenly find a gender too boring, and want to add spice to their lives. Irrespective of how you see life, most people understand the difference between our days and Hollywood.

Why being heteroflexible is a boon

Firstly, most people are heteroflexible. They just don’t know/admit it.

It exposes you to the other gender and honestly, brings a lot more clarity to the determination of your sexual orientation than a heterosexual relationship does. The liaison/incident(s) will give you a fair idea about what works for you, and that is a kind of clarity most people lack.

We’re so used to ‘knowing’ about what is going on around us, be it through immediate and sometimes intrusive journalism, or the know-it-all social media, we have forgotten that not everything we see or learn of is waiting to hear our opinion. These people, whatever their sexual orientation may be, are as human as, or may in fact be more human, than you. Don’t let one aspect of somebody’s personality cloud your judgement about them. There are enough people polluting the world with unsought opinions, don’t join that side.

The world lists ten types of sexual orientations, as the general broad grouping. This is not one of them as most people don’t know what is heteroflexible. So, to the child reading this, relating to all the scenarios; the lady who always flinched a little before ticking the ‘Straight’ box in chat forums; the man who has been told that he isn’t man enough because of his inclinations- we hope you’ve found a little clarity here. And, as for all the opinions they’ll shoot your way:

“Kuch toh log kahenge,
Logon ka kaam he kehna.”
(People will always have something to say,
It’s their job to do so.)
–Kishore Kumar 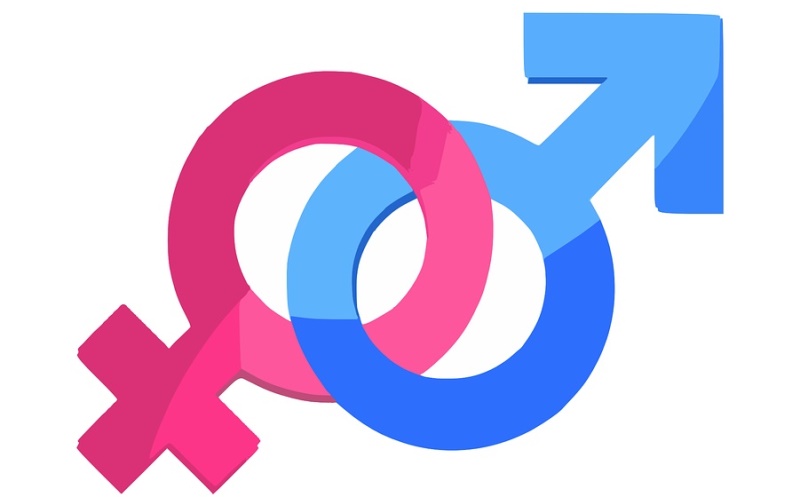 Article Name
What is Heteroflexible? Everything To Know About An Unusual Sexuality
Author
Meghalee Mitra
Description
Most people don’t know what is heteroflexible. So, here we are to help you find a little clarity about the rare sexuality, and through that, about yourself.