12 Essential Things You Should Know About Dating A Transgender Person

Even though the attitude towards and acceptance of the trans community has substantially improved and increased, there is still widespread ignorance about the entirety of their identity. A lot of people fail to make a clear distinction between sex and gender, genitalia and gender identity, which might lead to misunderstands, and offensive actions or words. Dating a transgender person is a little different from dating a straight, cis person. The notion might be new to you, or you might fail to understand it completely, and it is definitely going to affect your life and perceptions.

In order to remain in a healthy, mutually rewarding and respectable relationship, here are the things you need to know when you are dating a transgender person.

1. Dating a transgender man or a woman, doesn’t make you gay

People often start struggling with their sexuality when they started dating a transgender girl or a transgender guy. If you are a girl, and you started dating a transgender guy, then it doesn’t make you a lesbian. If your partner was assigned to belong to the female sex at birth, that was a medical decision. However, during the course of their life, they chose to identify as male, which is what they are. It only means that you recognize them for the man that they really are, and it is important to believe that in your heart.

2. Referring to them in derogatory terms isn’t the best decision

In fact, if you have started dating a transgender person, you must recognize that it is the same as dating a cis person in terms of communication and respectability. In fact, calling them things like ‘tranny’ and other terms that popular media has decided to glorify for their own bigoted reasons is truly offensive to a transgender person. You either call them transgender, or refer to them with whatever pronoun they have chosen.

3. Dating them doesn’t include “special needs”

Some people feel that when they are dating a transgender person, they can either behave extra rudely, or they need to overcompensate for something they feel is missing in their [partner’s life. The truth is, nether of the two situations are true, or required. A transgender person, like any other straight, gay, lesbian, queer, intersex person has the same emotional, physical and psychological needs. They need the same amount of empathy, understanding, trust and respect as anyone else, which is what you should strive to give them.

4. You might have to be their support system during the transition process

A transgender person might identify as their chosen gender from a young age, or they might do so when they are older. Either way, it is a process of self-love and self acceptance, which you also become a part of when you choose to date a transgender person. This means you have to give them space, time and empathy during their moments of weakness. You also have to be their support system when other people in the community do not understand them as well as others. It is a difficult, time consuming process, and all that is required of you is tact, patience and understanding.

If this is the first time you are dating a transgender person, it is natural for you to feel curious about their identity, and their sexuality. However, it is really annoying if all you keep talking about transgender issues, and ask them questions to satiate your curiosity, and talk about problems faced by their community. Transgender people are firstly, people. If your partner is a doctor, or an artist, then it is advisable to talk about that, rather than their gender identity. It is all a part of the inclusivity process.

6. Know which questions are offensive and which aren’t

While talking to your partner, you might end up asking some offensive questions which can be avoided altogether. For example, you cannot question them on why they chose to dissociate their gender identity from the one allocated to them at birth. Again, you can’t ask them why a cross-dresser is different from a transgender individual. These things make your partner feel attacked and insecure about themselves, something that is regressive for their transformation process.

Transgender people are often over-sexualized in society because of the pornographic industry and popular media. They are represented as people who are perpetually willing to have sex with whoever and whenever. That is far from the case, and treating them like that makes you a sexual predator. Too often people are willing to have sex with transgender people, without being seen with them or even being remotely associated with them in public, which is dehumanizing and extremely derogatory.

Before you start grilling them about what stage of transition they are at, it is important to understand what kind of transitional stage they are at. They might not have had surgery at all, which is the no-op stage. They might have had some minor form of surgery, which is the pre-op stage, and they might even have had complete genital transformative surgery. However, either way, it is none of your business unless they bring it up themselves.

9. Talk to them about hobbies and their families, and not only about sex

If you keep on harping on about the fact that they are transgender, then it is going to lead you nowhere. This is as new an experience for them as it is for you. However, dating a transgender person can be like dating a straight person, if you choose to treat your relationship like that. Instead of constantly talking about having sex, or about their sex and gender identity, ask them about their families, their hobbies, and find out what makes them special as a human being, rather than fixating on their trans-ness.

10. Do not play into stereotypes

Even though a lot of people from the transgender community are forced into professions like the escort business and prostitution, it is absolutely unethical to stereotype the entire community based on these myopic assumptions. A lot of transgender people have attended college, have high profile jobs and make their own living, just like any other person, which is why there is no reason to treat them differently. Dating your partner while playing to any of the popular stereotypes, is both offensive and unfair to them.

11. Feeling ashamed by their presence in your life is an insult to them

The main thing about dating a transgender person is empathizing with their transition process, being there for them and supporting them through it all. One of the aspects of this is to make sure that you are not embarrassed by their presence in your life. You don’t have to go printing an announcement in your local newspaper, but not wanting to be seen with them in public, or not expressing your love for them publicly, or hiding the fact that he/she is transgender from your loved ones if things get serious are all part of the embarrassment you feel by their presence. If they aren’t embarrassed by their identity, there is no reason you should be either.

12. Validate their identity and help them build their confidence

When you are going out with a transgender person, it is because they have trusted you to treat them as an equal, and as a person that they have decided on their own terms. No matter how progressive society gets, it is always difficult embracing who you believe you are and going against what is considered “normal: in society. Therefore, as a friend and as a potential partner, it is important to restore their confidence in themselves and to validate their identity, which they chose by themselves. Respect them when it comes to talking or touching or sex, to see what they are comfortable with, and respect whatever decision that choose to impose on you regarding their bodies. In situations like these, it is important t to be compassionate.

Suggested read: Sex And Gender Are Not Interchangeable Terms! Let’s Find Out More

Transgender people are people with valid feelings and their right to live and function as respectable citizens of a society. If you choose to date them, it is important to understand who they are and everything dating them would entail, so that you know what to say and what not to say, what to do and what to avoid, so that they can continue to live with integrity. 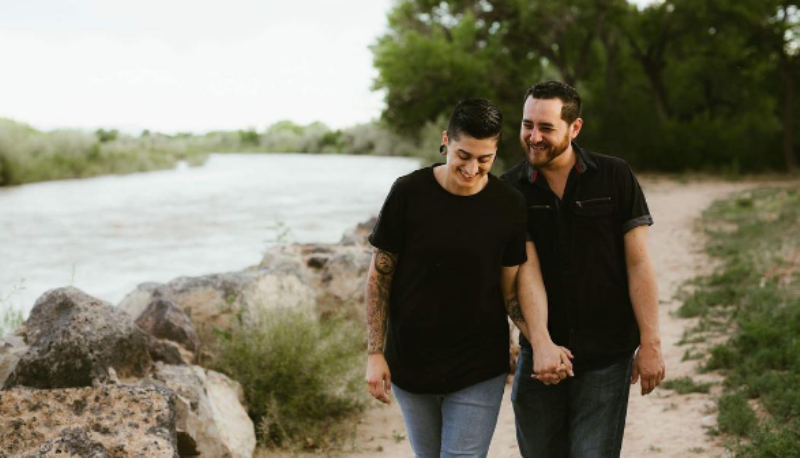 Article Name
12 Essential Things You Should Know About Dating A Transgender Person
Author
Aishani Laha
Description
If you are in a new relationship or are contemplating dating a transgender person, and you're sure how to proceed, read this article NOW!