What Is Heteronormativity: Here’s Everything You Need To Know

Whether we choose to believe it or not, our genders play a definitive role in our positions in society and how we are treated by it. Our genders determine our roles as participants in the human society, what we can and cannot do; how we should and should not behave. They determine our roles as productive members of the society, and form the basis for the rights and privileges that we receive. Our genders are socially bequeathed upon us based on our sex. Our sexuality, contrary to popular and ignorant belief, is not determined by either of these two factors.

A person’s sexuality is not a choice, neither is it an aspect that they have control over. Sexuality is an intrinsic part of an individual, one that cannot really be separated or externally assigned at will. In spite of exhaustive research on the subject, scientists have not yet been able to pinpoint any particular factors that determine one’s sexuality at the time of birth. However, they do have reached a consensus among themselves that it is caused by a complex interplay of genetic, hormonal and environmental influences. The American Psychology Association describes sexuality or sexual orientation as an enduring pattern of romantic and/ or sexual attraction to persons of the opposite sex or gender, same sex or gender, or both sexes or multiple genders; and that they also “refer to a person’s sense of identity based on those attractions, related behaviors and membership in a community of others who share those same attractions and behaviors.”

Nicholas Mirzoeff first used the term “bodyscape” to describe Western art’s expression of the ideal human body: as an “expression of a belief in the most perfect form of the human body which art enacts”. This creation and fixation of an idealized representation of the human body causes the essentialization of differences, especially with regard to race and gender. It is through this idealized and fragmentary depiction of the human body that cultural norms and exclusionary beliefs (such as, sexism, racism, heterosexism, and homophobia) are perpetuated in our society. Our socially conditioned obsession with this image of the perfect human being then becomes a driving force that determines how our own bodies are dealt with in society. Even body shaming, something that we have managed to normalize as a part and parcel of our daily lives finds its root in this ideal depiction of what a human body is supposed to be and function like.

It is through this need for the patriarchal society to govern our bodies and what we do with them, that heteronormativity exists. It is an intimidating word that sounds frighteningly like jargon and might immediately put off people from venturing further into what heteronormativity is really all about; but the fact of the matter remains that it is a reality that we have been living with for quite some time now. Our society is, simply put, a heteronormative patriarchy. But exactly what is heteronormativity? Heteronormativity is a system that exists to normalize behavior, cultural and social norms and expectations that are intrinsically tied to the assumption of heterosexuality and adheres to strict gender binaries that are structured by opposite- sex desire. Anything that fails to conform or fit into this narrowly laid down definition of sexuality, gender and sexual relations is deemed non-normative by the heteronormative system.

Suggested read: Here’s The PROBLEM With Telling Women That Their Power Lies In Their Sexuality

Social evils, such as homophobia and transphobia are direct results of the heteronormative structure of the society we live in. It is the inability to accept or reconcile with the existence of this minority ‘Other’ that pushes patriarchal society to break out into hysterical acts of violence against these identities, lest the status quo is disturbed and tilted against the favor of the dominant group- cisgender heterosexual men. Any kind of identity or behavioral pattern that seems to challenge the views already laid down by these tightly constructed norms are viewed as threats that need to be put down immediately. The dominant group that benefits the most from this sort of arrangement is, in turn, conditioned to be the watchdogs of normative and non-normative forces within the fold of society.

A very common example of such tendencies is how men ridicule other men who do not conform to society’s definitions of masculinity. When a man shares his feelings with another male friend, along with the glaring disclaimer of “no homo, bro,” he is playing into that fear of turning into the Other, the minority, that heteronormativity has instilled into him. Heteronormativity curbs the possibility of independent growth and development of an individual. Even before a baby is born, we shove down our perceptions of gender and sexuality on them that is so heavily biased by our heteronormative social conditioning. Blue if it’s a boy and pink if it’s a girl. Children are forcefully compartmentalized into binaries before they even have a sliver of a chance to explore the entire spectrum of gender identities and sexualities.

As you may have guessed by now, heteronormative patriarchy values the heterosexual relationship between a man and a woman over everything else. Why? Because this is the only way of ensuring the continuation of ‘biological’ or ‘natural’ reproductive processes, something that is basically the pillar of the patriarchal society we live in. Heterosexual relations maintain that balance which patriarchy needs to ensure its undisturbed existence. Marriage between a man and a woman is a powerful tool that has facilitated the hegemony of men over the bodies, minds and entire lives of women throughout history. Heterosexual marriage is basically an exchange between two oppressors (the father and the husband) where the woman is the object of exchange. It balances power and maintains the status quo.

As a result of this, heterosexuality becomes the norm, and anyone who strays beyond it or fails to identify to it is deemed a ‘sexual deviant’ and other such grossly misinformed and offensive terms. Non- binary genders and other sexualities pose a threat to this power that heteronormative patriarchy enjoys because they stand to disprove everything that we have been told about the world and society in general. Two homosexual individuals getting married and raising children of their own can dismantle the entire flawed logic on which heteronormativity has built its fortress. Because by proving the availability of an alternative way of living, one that does not have the authorial stamp of heteronormativity, they’re proving that it’s not the only ‘right way’ there is. Being who you are, then, is essentially an act of rebellion against the entire system. And god knows we need more of that.

Masculinity and femininity are not terms that can be defined in rigid terms. If anything, they are relative terms which mean different things for different people. Yet, it is because of heteronormativity that both these have a definitive check- list of traits that are continually referred to, to box individuals into gender binaries. There is no one singular, one-size-fits-all definition of masculinity or femininity. There is no one way of being a man or a woman; in fact, one shouldn’t even be compelled to identify with either. The sexual division of labor is one such effect of gender binaries wherein men and women are segregated in the labor market based on their predetermined gender roles, with the logic being that women are ‘unfit’ for certain jobs that only men are capable of. This is also rooted in the need to keep women out of the productive market, to deny them agency and smoothly continue their oppression.

What is heteronormativity doing to our lives? Rampant homophobia, transphobia, sexism, gender based violence and inequalities are all direct results of the heteronormative patriarchal society we inhabit. Apart from reinforcing the existing status quo, it perpetrates division and marginalization of sexual minorities and gender nonconformists. It feeds on the hate and ignorance of the masses to wipe out these minority communities by denying them several rights and privileges. It is constantly providing the rich and the powerful with more power to formulate and enact regressive policies that seek to prevent LGBTQIA+ people from participating in the functioning of mainstream society. It is using arbitrary yardsticks of masculine and feminine traits to suffocate individuals into conforming to gender roles and sexual identities they do not identify with.

So, how do we fight this big, bad monster that just refuses to let us be? By embracing our identities, by not choosing to define ourselves according to the terms that society has neatly laid down for us, by celebrating our differences instead of allowing them to be used as weapons of spreading mass hate and fear; and most importantly, by being ourselves and allowing others to do the same. Every time a family rejoices when their daughter tells them she is attracted to women, heteronormativity loses a little bit of its power. Every time a father allows his son to play with the dolls that he obviously seems interested in, heteronormativity grows a little weaker. Every time two men in love recite their marriage vows to each other amid a cheering crowd of friends and family, heteronormativity dies a little. And as Captain Raymond Holt said in the show Brooklyn Nine Nine, “Every time someone steps up and says who they are, the world becomes a better, more interesting place.”

We really hope this article on what is heteronormativity helps you. Let us know if you have any doubts. 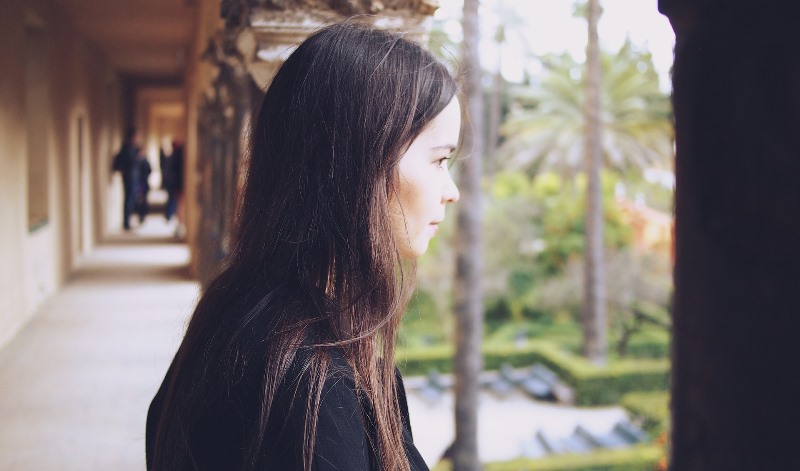