The Oxford English dictionary defines Feminism as “the advocacy of women’s rights on the grounds of political, social and economic equality to men”. While I am a feminist in the way that it was defined originally, I am NOT a ‘feminist’ as it has come to be used and defined by some rabid extremists of today.

The problem is that the word has been twisted out of context, abused systematically, and used in situations where it was not meant to be originally. It is true that many words, like religion, evolve over time and their interpretations get broader. This evolution puts the onus on the reader to interpret and take away the meaning that is intended. In this particular case, the interpretations by a section of these so-called ‘feminists’ are completely wrong. This article refers to only those men and women who have thus mutilated a much-needed movement.

For this section of hardliners, feminism has come to mean an almost partial behavior and a high level of inclination towards women, which is precisely what the original movement was against. Their minds are open to only one side of the story and support only one gender without bothering with due logical assessment and examination. The irony is that these so-called feminists’ definitions completely ignore the male gender’s rights to equality.

Here are four instances where these hard-liners’ blindness to one perspective, and a biased, ethically or morally-inappropriate stand has done more harm than good in actually getting women what they deserve – true equality.

This is a typical feminist belief that women should have the freedom to wear any clothes that they so desire, just like men. There is always a controversy when some out-of-date, old politician comments that women should not do so. Think of this example – “My sister was travelling in a packed local train wearing a beautiful and striking gold necklace worth over a lac of rupees. Sometime during the journey in the crowded train, the necklace was stolen by a thief”. Who is to blame here? Of course, the thief deserves punishment, but don’t you think my sister should have been smart enough not to wear that necklace in such a risky place? I invite you to relate this to women wearing what would be called ‘skimpy dresses’ late at night and traveling alone.

My view: I support that a woman should wear whatever she chooses to, whenever she chooses to, and that she should be unharmed in any situation. Unfortunately, we do not live in such an ideal world. These are times when even a man on a lonely road late at night with a gold Rolex watch will probably get mugged and beaten. It goes beyond gender into the realm of safety.

Rape is an unpardonable offence and is to be condemned with no excuse for it. But we see a rise in the number of cases where women make rape accusations with the accompanying statement that the man promised to marry her and took sexual advantage of her for years. An abuse of trust in a relationship is vastly different from rape. If both were involved without coercion as consenting adults, then such a claim is simply wrong.

Rape laws were initially created favoring women in order to encourage them to come forward with the incident and not suffer in silence. Punishment of rape differs from country to country, but all of them are severe – lifetime imprisonment, death penalty, etc., But the laws are not stringent against a woman who makes false rape claims. The world is trying hard to prevent rape, but is it trying hard enough to stop women from making false accusations? What about the reputation, damage to social life, trauma to the family of a man falsely accused? Why should innocent men have to live in fear because the law is unfavorable to them? Far too often, when a woman is being harassed, it is said that “maa behen nahin hai kya?” as a way to make the perpetrators feel empathy. Can those making false claims stop for a moment and think about what would happen to their own brother or father or uncle when accused falsely of rape? 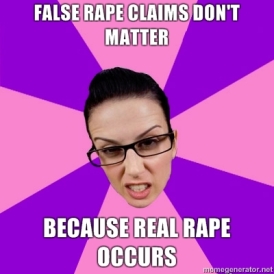 My view: The danger with too many false rape claims is that it can become the story of the shepherd who cried ‘wolf’ too many times. When a real rape does occur to another lady, she will be in danger of not being given due attention and care.

3.The Power of Choice

You must have heard of many cases where a successful and powerful man is dragged to court because of rape accusations made by some lady. Madhur Bhandarkar (Bollywood Film Director) was accused of a similar case a few years back, where the woman had accused him, saying that he had promised her a role in his upcoming movie and entered sexual relationship, which he then failed to provide. Now people possessing power often misuse it, in this case Bhandarkar used the lady by promising the role but the lady also tried to use him by allegedly offering sex – so how is it only the fault of the man?

In another scenario, suppose a man and a woman unknown to each other meet at a bar, get completely wasted, check in to a hotel, and have sex. If they feel guilty the next morning after waking up, who should decide whether the previous night’s occurrence was a joint mistake or rape? The extreme feminists would say that the woman should be the person to decide, but would that be fair and show equality? It could even be a matter of a woman passing her guilt at what happened, onto an external entity.

In both cases, it is a situation where two adults got into something with awareness of potential outcomes and one of them misused the laws after things went downhill. 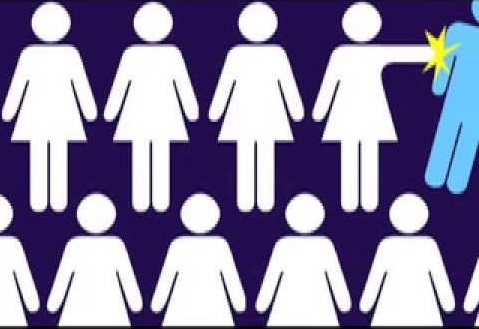 My view: The power play scenario becomes complex when it is a reporting relationship between the two individuals and the person in power uses subtle coercive techniques to start a sexual relationship. That needs to be examined closely. But any other scenario where coercion or usage of external agents such as date rape drug have not been used, is but an abuse of trust and not rape.

Under section 498A of the Indian Penal Code, a woman can file a case against her husband and family members irrespective of the number of years of marriage, to get them arrested and face trial. This is a section under which the punishment is harsh and the accused are treated as guilty unless proven innocent. Here again is a law created with the best of intentions – to prevent women from suffering dowry harassment silently – but misused by unscrupulous women. Journalist and documentary filmmaker Deepika Bhardwaj has created a film and a movement against the same with the title of Martyrs of Marriage, which also states that about 62,000 married men committed suicide in 2011 owing to marital problems.

The irony of this is that the law in its current form, is already ineffectual when it comes to dealing with real cases of dowry harassment. It is especially a gigantic menace in rural areas. In such a situation, wouldn’t the rise in number of fake cases trivialize actual occurrences and desensitize law makers and law enforcers to the extent that they just say “its yet another fake case”? 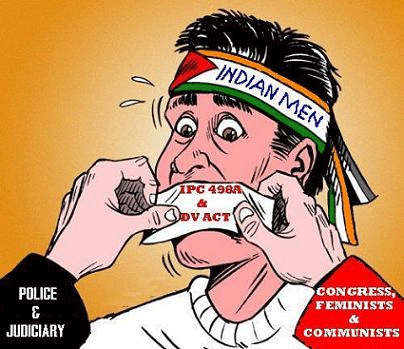 My view: Maybe it is time to revise the dowry laws and treat the accused as innocent till proven guilty, and provide them due legal recourse that is afforded to the most hardened criminals.

Feminism as a movement, has traveled far, from the bra-burning days of the ’60s to the more emancipated generation of today. The laws, however, might not have kept pace with these changes. Maybe it is time to look at them in today’s context and serve the intention of those laws in spirit and not just in letter.

I really want feminism and ‘feminism’ to mean one and the same, and women to enjoy the independence that is theirs. What do you think?