How To Have More Women Leaders? By Starting Early!

I recently spoke to a friend who had applied to an executive position in a high-profile international company. She had a stellar résumé, and through an auto-generated e-mail, she was asked to report to the headquarters of the office along with her documents. One of the things that hit her (and me), when she received the interview invitation, was the fact that the letter was addressed as, “Dear Sir.”

Now, this wasn’t the first time that I had stumbled across something like this; however, this time, the almost-unconscious gender-bias really struck me hard, and I couldn’t stop thinking about how any high level executive position is automatically assumed to be occupied, or even applied to, by a male.

Why is the idea of a leader so intricately associated with a male individual? Is it because of centuries of gender-based/-biased stereotyping? Let us take a step back into the pages of history and observe how men and women leaders have been treated. There are several leaders whose names pop out at once, as a result of their great deeds and their contribution to history. There is Julius Caesar, Napoleon, Alexander the Great, Akbar, the list can go on. However, the names of women in leadership roles are recalled less spontaneously, irrespective of their contribution. One of the most cited women leaders in history, is of course, Cleopatra, the Queen of Egypt. However, even today, despite her incredible and never-seen-before leadership qualities and military conquests, what is more spoken about is her sexuality, and the fact that she perhaps seduced Julius Caesar!

If you are wondering why I am talking about these people who are long dead and relegated to the dusty pages of history, then it is because this notion of leadership influenced by gender bias is still widely prevalent today. A successful man and his female counterpart are treated very differently; while a man’s professional conquests are lauded and associated with his calibre and effort, a woman is often accused of sleeping or cheating her way to the top. Women who have made it as leaders often serve as examples of things that could go wrong when a woman decides to take the reins of her life in her own hands.

Professor Øyvind L. Martinsen, who is the head of Leadership and Organisational Behaviour at the BI Norwegian Business School, conducted a study where he assessed nearly 3,000 managers, and came to the following conclusion:

Businesses must always seek to attract customers and clients and to increase productivity and profits. Our results indicate that women naturally rank higher, in general, than men in their abilities to innovate and lead with clarity and impact.

According to analyses conducted by McKinsey & Company, a worldwide management consulting firm, the companies which are gender-diverse outperform others financially by 15 per cent.

Studies conducted by the World Economic Forum, moreover, confirm that there is a strong parallel that can be drawn between growth in gender equality and growth in gross domestic product per capita.

Even though these studies and findings sound like incentive enough for more and more women to take charge of important positions, which requires heading and directing other people, there still exists an appalling difference between the number of male leaders and the number of female leaders in the world. Only about 5% of people who hold leadership positions in S&P 500 and Fortune 500 companies are women. Where are we going wrong? Let us explore the most important area:

Are we raising our daughters to be strong leaders?

You might be thinking you are, but unintentionally doing just the opposite. Also, it is not just you, but the people around your daughter, who influence her leadership traits.

A research conducted by the Harvard Graduate School of Education and its Making Caring Common Project, recently found that parents, too, indulge in stereotypes regarding women as leaders, which in turn, affects their sons’ and daughters’ impression of leadership.

Suggested read: Here’s The Inspiring Story Of Women In Aviation

In 2013, the Gallop poll found that 35 per cent of its respondents wanted male bosses whereas only 23 per cent preferred female chiefs. What’s more, female respondents showed a stronger preference for male bosses.

The fact that we ourselves do not believe that women make good leaders is why our daughters grow up to be certain of the same thing. As a result, they settle for positions that do not require them to lead. Weissbourd says,

Bias can be a powerful — and invisible — barrier to teen girls’ leadership. Yet parents and teachers can do a great deal to stem these biases and help children manage them.

Raising strong girls; it is easier said than done, but it is necessary you do it. You need to help build your daughter’s self-worth and confidence, and this will take a lot of time and patience. The first thing that needs to be done is to teach your child to confront gender stereotypes head on, and in case I have not been clear, you cannot go on being a gender-biased person yourself and tell your daughter to believe in equality of the sexes; remember, children imbibe what they observe and not just what you say to them. Tell your child about the gender-bias in popular media, in books, in raps and in songs, and help her dissect them. Here’s a fun game you can try: Give your daughter a magazine, and ask her to identify gender-biases. Then, help her rebuild them so that they would represent equality instead.

You need to be very careful of what you say to or around your daughter. Your words can either fuel her and make her a feminist, or it can reaffirm her suspicions that the world is and will remain male-dominated, and nothing can be done about that.

Help your girl to empower other girls. Encouraging your daughter to be the best is very important for her self-esteem, but you need to know where to draw the line. Talk to her about how essential teamwork is, and how beneficial too. Learning to work, study, and play in a team will teach her how to embrace differences and turn that into the strength of the group. Here’s another game you can play: Ask your daughter to name the girls in her class or her playgroup. Now ask her to state two good qualities about her teammates. This will make her notice her friends as inspirations and not opponents.

Talk to your daughter about her fears. Speaking up and taking part requires courage, and if anything is holding her back, then you need her to talk to you about it, to trust you with her fears. Is she afraid of being different? Is she scared about making change happen? Is she scared of leading because she might fail? There are so many negative thoughts and emotions that could be holding her back. Talk to her about them. Teach her the art of replacing these negative thoughts with positive ones. Also, prepare her for failure. Tell her failure isn’t necessarily a bad thing; it is a stepping stone, a learning curve, one that teaches important lessons, one that will make her stronger.

Give girls the role models they need

Children learn a lot from trying to emulate their role models, and so, it is important you tell your daughter about women who have excelled in leadership roles. Sheryl Sandberg, the COO of Facebook (who could serve as an excellent role model herself), has been very vocal in calling on businesses to put an end to the gender pay gap. She has long appealed to corporations to promote women to senior positions.

Recently, Sandberg in an interview for BBC Radio’s Desert Island Discs, paid a tribute to her mother and her grandmother for being powerful role models while she was growing up. She said that it was their encouragement that inspired her to go on in life, both professionally and personally. She said,

What I really believe is, we start telling little girls not to lead at very young ages, and we start telling little boys to lead at very young ages, and that’s a mistake. I believe everyone has inside them the ability to lead, and we should let people choose that, not based on gender, but on who they are and who they want to be.

On this radio show, people are asked to pick songs that they would take with them to a deserted island, and Sheryl chose Beyoncé’s, Run The World (Girls), as her first song. She said,

Sandberg also spoke about how important it is to make workspaces gender-discrimination-free. She said,

A lot of people talk about the pipeline problem, which is the essential gender gap that exists in men and women who get to hold leadership positions. There is often a lot of extra pressure that women have to face as leaders, simply on the basis of long-existing gender-stereotypes. Women are expected to be as capable and commanding as men, with the ability to direct people and garner respect from her peers and her juniors. However, as a woman, she is also expected to be kind, caring, accommodating, soft-spoken, and yielding. The qualities, for which men are called true leaders, are the same qualities for which women are called bossy and stuck-up.

Women are also often overlooked for promotions to important positions, because of the stereotype of women being home-bound and emotional creatures, which allows people in power to dismiss them based on the fact that they will not be able to maintain a work-home balance, and will get too emotionally involved. In fact, so unimaginable is the idea of a woman in a position of power that women have been advised to become more “masculine” in order to secure positions as leaders!

The existing bias against women has led to a lot of potential being stifled on purpose. Women have been eliminated based on the most random factors after extensive scrutiny, whereas their male counterparts have been able to secure the same job while going scot-free with much more serious allegations. It has led to a large gender-divide in the professional field, which has only sought to consolidate the inherent patriarchal stereotypes, which still exist latently in the minds of apparently-progressive decision-makers (who are also, in most cases, male.)

So how do we curb this divide? How do we smash the patriarchal stereotypes? By promoting women to important positions. About six years ago, Nicholas Kristoff of The New York Times explained that one of the most (if not the most) effective way to deal with the inequality, global poverty, civil conflict, and environmental hazards the world is facing today is, “to invest in girls’ education and bring more women into the formal labor force.” 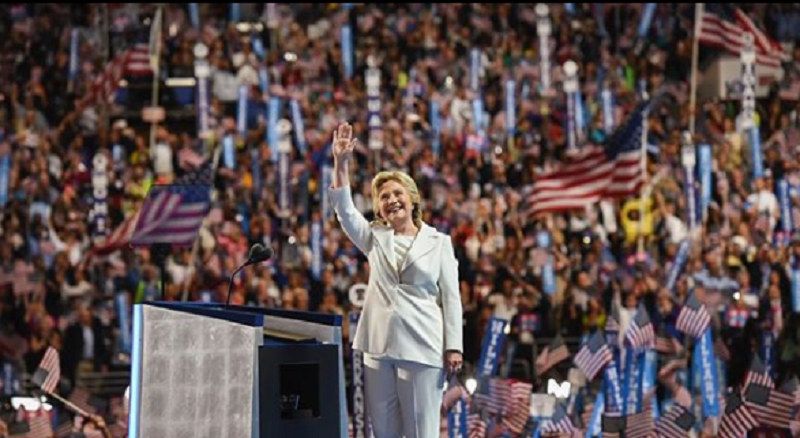 Article Name
Why There Are Only A Few Women In Leadership Roles And How We Can Change That
Author
Team NLT
Description
The struggle women face as leaders seem unending even today. Here's how we can have more women in leadership roles: By starting early!