10 Most Powerful Women In Business, Who Are Conquering The World

Previously, male members of the community had taken it upon themselves to designate such roles on themselves, keeping women out of the leadership circuit. However, not only have women reclaimed their right to lead, but have emerged as a force to be reckoned with, in every single sphere of life, including the business field.

With more and more women stepping u to assume positions of power in multi-national, multi-billion dollar businesses, they are breaking the stereotypes surrounding women and their apparent incapacity to handle businesses. The whole notion that women aren’t meant to lead, or that they aren’t mean to run businesses is now becoming a myth of the past, as women are successfully running some of the biggest companies in the world, and excelling at it.

This has inspired a number of women who previously couldn’t imagine being businesswomen, establishing their own companies, hiring people, and earning their revenue and their independence from the patriarchal structure of the society.

Here are some of the most powerful women in business, who will inspire you, with their grit, determination, achievements and calibre.

One of the most powerful women in the world in terms of business and enterprise is Arundhati Bhattacharya. What is her claim to such an important title you may ask? She is the Chairman of the State Bank of India, the largest bank in the country. Not only is she the current chairman, but also the first woman to e appointed in a role like this.

In order to compete with private banks, she has been instrumental in digitizing the State Bank system, thereby facilitating State Bank of India to remain the best and most sought after bank in the country, despite the tough competition.

One of the most successful women in the world is Sheryl Sandberg, who served as the COO or the Chief operating Officer for Facebook for 4 years. After being instrumental in the monumental success that is Facebook today, she has been promoted to the position of a Board Member of the company.

She also founded LeanIn.org, which is an organization dedicated to the upliftment of women throughout the world, and has been one of the most outspoken advocates of equal pay for equal work. She is also a successful author. If that isn’t inspirational, I don’t know what is.

For the past 6 years, every list featuring the most powerful women in the world, from Forbes to Times, has listed Indra Nooyi. She has taken the company from strength to strength ad has been the driving force behind the success of the company over the past 10 years.

The company’s $155 billion market cap went up by a whopping 18% and despite the tough competition from the market and the economic crises which have affected several companies over the last decade, PepsiCo, under the leadership of Indra Nooyi has reached unprecedented heights.

No list about the most successful women in the business world is compete without the name of Meg Whitman. She is the CEO of Hewlett Packard, which split into HP Inc. and HP Enterprise, which she oversaw. Currently, she is spearheading the branch which is HP Inc.

Not only is she one of the most powerful and successful women in the world, but also on the board for one of the biggest companies in the world, which is Procter and Gamble. She is best known for her stint with eBay, where she took their sales to $8 billion from $5.7 million between the years 1998 to 2008.

Suggested read: Here Are The Most Successful Women To Inspire Your Entrepreneurial Streak

Ursula Burns is not only an inspiration for women who are trying to find the right kind of motivation and leading example to make it big in business, but also a pioneer for black people. The stigma and problems surrounding racism, and it is undeniably true that even though the number of businesswomen are far less than the number of businessmen, it is easier for a white woman to become professionally more successful than a black woman.

Fighting against these racial stereotypes and gender restrictions, Ursula burns has gone on to become one of the most successful women in the world, as the CEO of Xerox Corp. Throughout her tenure as CEO, she has tried to establish the company as a service provider, rather than a manufacturer of printers and copiers. Despite tough competition in the market, Xerox is still the leader in its field.

Mary Barra, the Chairman of GM or General Motors was named the most successful businesswoman in the world by Forbes this year, after she took the automotive company to unprecedented heights. The company generate more than $152.4 billion in revenues this year, under her leadership, which was a first for the company.

She has made a considerable number of important and rather drastic business decisions which have all reaped profits for GM. These companies include the cab-service- Lyft and Cruise Automation. All in all, her ability to drive one of the biggest companies in the world with so much success and foresight is truly inspiration for women all over the world.

TCS or Tata Consultancy Services, which is one of the biggest information technology and consulting firms in India, has Aarthi Subramanian at its helm. She is one of the most inspirational women in the country, and also the only woman board member in the company.

Aarthi Subramanian as also the brain behind the Passport Seva Service, which is he first public centric service that the company has orchestrated, to make the process of issuing passports digitized and easier for the masses.

Ginny Rometty is one of the best businesswomen in the world and also one of the most famous women because of her unending struggle and efforts to make IMB the leading IT companies in the world. The company has managed to earn most of its revenues in the form of some of the most important acquisitions of the year, while all the transactions were completed within $9 billion.

Possibly one of the most famous people in the fashion world right now, Anna Wintour is a name almost everyone remotely interested in fashion is familiar with. She is not only one of the most formidable presences in the fashion world, whose opinion is taken by almost all major designers, she is also a fantastic businesswoman. Vogue America, has known unprecedented success, under her long and flawless tenure.

In 2004, the September issue of the magazine was published with more than 800 pages. The brand Vogue, is always inadvertently associated with her, making her the driving force behind the American branch of the fashion brand.

Sony Pictures Entertainment is one of the biggest production houses not only in Hollywood, but also in the entire world. At the helm of the company is co-chairman Amy Pascal, which is quite a feat considering that the entertainment industry in general is a sexist, patriarchal work space.

Under her leadership, the production house has made movies like 21 Jump Street, Men In Black and The Amazing Spiderman, the latter of which alone is expected to earn them $800 million this year, from worldwide box office collections.

Only some of the most powerful women in business have been listed here. The fact is, more and more women are engaging in the world of business, and showing us how there is no gender-based discrimination which would determine the potential of a person.

Even though men would like to believe that the house is the domain of the woman and business and other leadership roles should be left to men, these are the women who have stepped up and shown the world that there is very little a woman cannot do, that a man can.

In fact, most of the companies listed above have had long standing women entrepreneurs and CEOs running them, and it is under their able leadership, have these companies seen an unprecedented rise in the revenue generated on an annual basis.

Here is hoping these women inspire other women to fight for their right to lead, because women are truly as capable as their determination to prevail, whether it is in business or elsewhere. 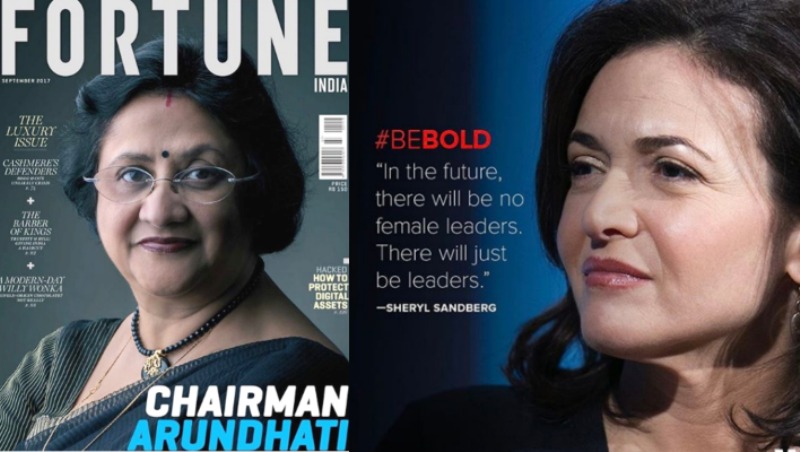 Article Name
10 Most Powerful Women In Business, Who Are Conquering The World
Author
Aishani Laha
Description
A list of the most powerful women in business is everything you need to fight patriarchal stereotypes and get inspired to achieve the great things in life.