Nervousness and anxiety is one of the most underrated problems that goes undiagnosed in most people because they don’t pay heed to their symptoms. Before jumping straight to some of the most effective home remedies for nervousness, there are some more things you need to learn about the condition to handle the problem effectively.

Nervousness can be a by-product of anxiety, which is a common psychological disorder amongst many people. If you experience problems like stage-fright or the inability to talk to people with confidence or other self-esteem issues, then you might be suffering from some form of anxiety, which is leading to nervousness. Well, did you know that you could cure nervousness with some genius home remedies? We shall discuss these below.

Suggested read: Reduce Your Anxiety And Panic Attacks With These Home Remedies

However, there is a fine line between feeling slightly nervous, and being on the verge of a nervous breakdown. If you see some of the following symptoms being manifested in you, then you might require serious help for your condition:

No matter what the cause of your condition, you can try out one or more of these natural home remedies for nervousness, to put an end to your suffering. Green tea is great for your nervousness and not only calms you down in an instant, but also helps you deal with the butterflies in your stomach long term. It is loaded with anti-oxidants and has a number of other cooling and calming properties which appeals to your core energy, and makes you more calm and collected, and less likely to undergo a nervous breakdown.

Oranges have a lovely, fresh, fruity and citrus-y flavour and fragrance, which can not only help you with your nervousness, but also make sure that most of the symptoms that come along with it, like fatigue, nausea, etc. are also effectively eliminated.

Oranges also contain important compounds like Vitamin C, which helps to fight depression, and improves the overall health of your mind and body.

The best way to consume oranges is either is the form of freshly pressed juices, or by eating the fruit as it is. Ginger in all its form is a great way to cool down your entire system and help you to feel calm and collected in the most trying of times, when you are likely to feel extra nervous. Ginger increases the number of neurotransmitters on your body, which are responsible for things like increases memory, optimism, sleep, etc.

Ginger also helps your body eliminate stress, anxiety and other problems which might be the root cause of your nervousness.

Drinking ginger tea has been found to be helpful when trying to deal with nervousness. Simply boil a cup of water and soak a teabag and a crushed one-inch piece of ginger for 10 minutes and drink it every day.

Walnuts are some of the tastiest nuts out there, and they are also some of the most nutritious, as they are loaded with an important compound called omega 3 fatty acids.

Omega 3 fatty acids is a compound which is required by your body to decrease the level of hormones which cause excitement in your system, such as dopamine and adrenaline, and also tackles symptoms of nervousness like breakdowns and fainting spells and hyperactivity.

Simply eating a handful of walnuts in the morning is enough to give your body the right amount of omega 3 fats required to combat your condition. 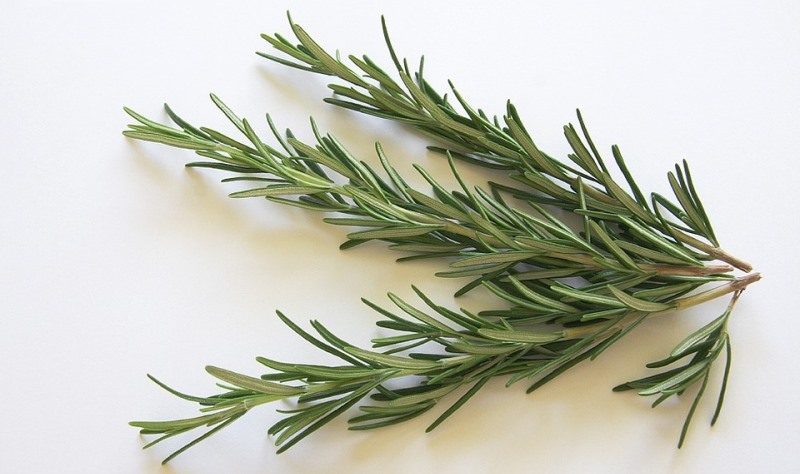 If you are looking for herbal remedies for your nervousness condition, then look no further than one of the most commons herbs found right in your kitchen, that is rosemary. Rosemary has a lot of healing properties, which balances your system so that you don’t feel nervous at slight situations.

It also helps increase blood circulation to your brain, which automatically calms you down and helps with your breathing and digestions, two things which are inevitably affected when you start getting nervous.

Rosemary also helps you remain active and alert, without feeling hyperactive. The best way to have rosemary is by increasing the amount of the herb you put in your food. You can also make rosemary tea by boiling water with a couple of fresh (or dried) sprigs of rosemary.

Hops is a herb that is commonly used in the manufacture of beer. It is also one of nature’s strongest and most reliable sedatives, which can calm your entire system down, without any of the negative side-effects that chemical sedatives usually come with.

Because it is so bitter in taste on its own, it is best if you mixed a tablespoon of dried and crushed hops in your mint tea or chamomile tea, which together can work towards calming you down, and helping with your problem of nervousness. Lavender is one of the best natural remedies that are used to cure problems such as anxiety, depression and of course, nervousness and nervous breakdowns. It contains compounds such as linalyl acetate and linalool, which act as a natural relaxant and sedative. Lavender is very good for the nervous system, and mental health in general.

You can drink lavender tea, which is made with boiling water with a couple of drops of lavender essential oil. This is the best, and safest and most soothing way to consume lavender for your nervousness problem.

Lemon balm is considered nature’s very own nerve tonic, without any chemicals or side-effects involved. It is also a natural relaxant, which puts you to sleep, without being as strong as a sedative. If you are feeling extra nervous, and feel oike you are on the verge of a breakdown, then you can consume lemon balm tea.

Making lemon balm tea is also super easy. Simply add a teaspoon of lemon balm to a cup of water that has been boiling for some time. Let it sit for 15 minutes and consume this once every day, along with every time you feel nervous. You can also mix it with chamomile or lavender for extra effect. 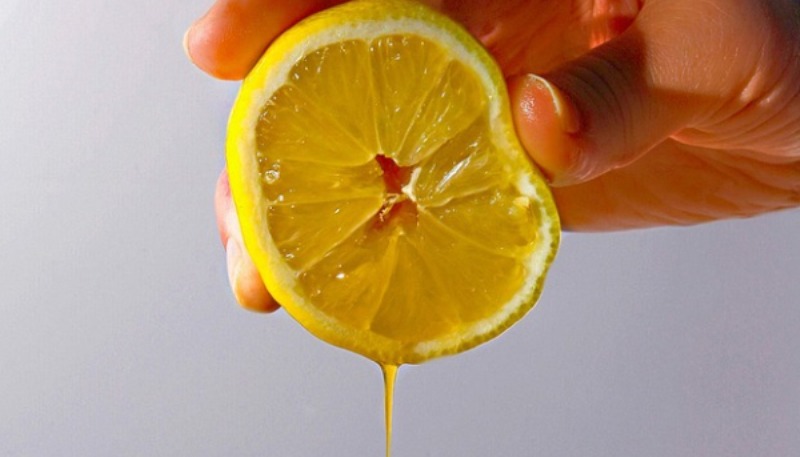 Lemon is a naturally occurring source of Vitamin C, which also helps increase the metabolism in your body. Honey is also great for problems like nervousness, because it increases the auto-immune responses of the body. Together, they not only calm your body down, but help improve digestion, decreases the chances of insomnia, regulates blood pressure and increases the amount of neurotransmitters in your body and brain.

Make a concentrated mixture consisting of a teaspoon of lemon juice and half a teaspoon of honey. You can also add grated ginger to the mix to make it more potent. You can either have this raw, ot dissolve it in a glass of water, to be consumed every day.

Nutmeg is a popularly used spice used in cooking and baking, which also has natural properties, which can heal several physical and mental conditions including nervousness and depression. This is because it is a natural muscle relaxant and helps you eliminate problems like nausea and insomnia, when you are suffering from nervousness.

Adding a teaspoon of nutmeg to your food everyday is the easiest way to consume nutmeg. You can also smell the fragrance of freshly ground nutmeg to help with your nervous problem. Even though this might sound like an unassuming remedy for a problem that is as serious as anxiety and nervousness, it is nonetheless, the kind of self first aid thing you should do to deal with the problem. Even though it might not provide a long-term solution, it can be immensely helpful in preventing your nervousness from developing into a nervous breakdown.

Breathing in through your nose and releasing the air through your mouth ensures that your brain gets enough oxygen to function as it should, and calm your system down, till you can find a more permanent solution to the problem.

Suggested read: Can You Cure Your Depression With Home Remedies? Yes, You can! And Here’s How

Cashew nuts are another fruit, which helps in promoting the production of a particular kind of neurotransmitter called serotine, which is responsible for your body’s stable conditions. This is because cashews contain a compound called tryptophan, which helps you get a good night’s rest, and also allows your body to deal with critical situations with stability.

The recommended amount of cashews that you should consume in one day is 1/4th cup. This can be in any form that you would prefer.

If you have started noticing the symptoms of anxiety and nervous breakdowns, do not ignore it, as it could be indicative of something much more serious. Try these home remedies for nervousness, and let us know which one of the above helped, in the comments section below!

Article Name
12 Easy And Natural Home Remedies For Nervousness
Author
Aishani Laha
Description
If you have been suffering from nervous breakdowns when faced with crises, then you have to check oit these genius home remedies for nervousness.