13 Types Of Exes We’ve All Had

After the bickering has stopped and the pain dies down, exes, no matter how tall, dark, and handsome or how svelte and sexy (or maybe not) morph into something else entirely – lessons. Valuable ones too. And that’s the good thing about exes – they all teach you the lessons you needed to learn. Although these lessons may not hit home immediately, but one fine day there shall be a ‘Eureka’ moment and you shall realize that the people you loved and have long lost taught you something that you can now carry forward into the future. 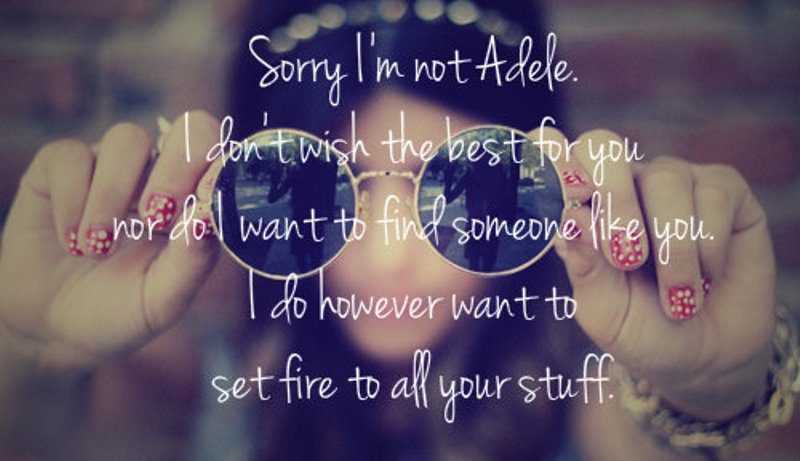 Now, now – the ex-club doesn’t always have a very rigid screening process for membership (I mean, you do look back at the memories of a fairly forgettable ex-boyfriend and go, “what was I thinking?” don’t you?), and hence, cannot always have weighty chunks of takeaways from every ex-boyfriend or ex-girlfriend in the club. After all, there is the stage five clinger who still wants to know what you had for lunch and the one who still spirals into a vortex of rage when someone rehashes it all. And then, there are the exes who vacillate somewhere in-between – and have obviously by virtue of their EX-factor, have come and gone and left behind a lesson for you to pick.

Suggested read: The Ex-lessons: Lessons from your first breakup

1. The guy you thought you could change

You cannot change anyone. You could try but you will fail. And that’s when he will leave, saying he does not want to change coz he’s happy just the way he is … read: ready to move on!

2. The guy you thought would eventually commit

You cannot make someone who thrives on ‘how you doin!’ to commit. I mean, yeah … he may ‘commit’ in a hot moment, but it will last just as long – in and for that hot moment. Why bother?

This is the guy you can’t help feeling like walking all over, all the time- even when you are being the absolute SWEETEST you can be! This guy taught you perhaps the greatest lesson of them all- saying ‘NO’ is an admirable quality!

You just cannot attempt to resolve the matters of the heart in bed. It just does not work. Proof – you are no longer together, eh? And no, do not answer their call, you might just have to stop by the chemist on your way – and you don’t want that AGAIN!

This is the ex for whom you’d never be able to answer ‘how you ended up together?’ definitively. I mean – debates on socio-economic issues, religion, and civil liberty – really? The lesson: People breakup for a reason. If you cannot work it out now, it is unlikely you ever will.

Suggested read: Why letting go of a relationship is hard

That’s a vicious cycle you know has no end. And how on earth is it going to work out for you? Meh … thought so. This ex will suck it out of you – the potential for love, the zest for life, and the spirit to embrace a REAL relationship. Don’t fall for him and now that you have let go, do not GO down that path again!

Now, now, this is just an itch that he needs to scratch. And you are no itch-guard!! The ex-lesson- well, nothing! Poof! 😛

Now this one is in some real need of help. He will think he’s doing you a favor by sabotaging every step you take in the direction of a potential romantic interest! Hah, he just doesn’t get that his move makes you take about a dozen steps in the opposite direction of him!

Umm … ‘it’s not you, it’s me ..,’ ‘I’d still like to be friends with you …,’ ‘I need time to work on myself, please …,’ – this is the most lethal breed of them all. They have all the clichés of the breakup book up their sleeve and can mete them out anytime. Plus, they want to have their cake and eat it too. Ain’t happening, my friend – coz unlike you, I don’t need to work on myself. So yeah, it IS YOU … and I am going away from YOU!

11. The one with their own ex-drama

Now you thought this one was just normal. A perfectly date-able guy, who was just in denial mode and had to tread all the stages up to acceptance of his recent heartbreak. Only he’d not move! He was stuck there and kept you stuck too. He said you were his antidote to depression. Only you couldn’t be. It is every individual’s own personal journey to make. Unless you want to witness some real EX-drama that borders on sociopathic behavior, bail!

Now this one just wants to rehash it all and discuss all the minutiae of what happened and why! Save yourself the torture – nothing good has come of revisitations from the past, right! EXORCISE!

Now this one just disappeared after the breakup – no phone call, no text, no social media presence even! Must have fell off the face of the planet in grief! What – you are allowed to feel good about one ex at least, right? This one didn’t even give you a lesson! 😛

If there are any exes whom we have missed, feel free to add them in the comments below. We love to hear from you.

Article Name
13 Types Of Exes We Have All Had
Author
Sejal Parikh
Description
Exes are a species that come with their own set of pluses and minuses. Put them together, and hopefully, you have a positive remainder. Check it out.