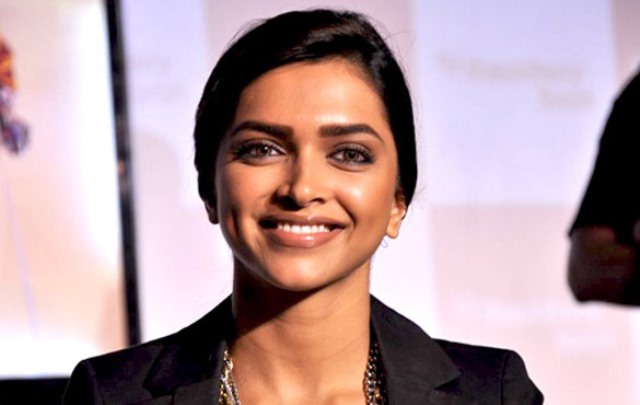 India’s leading newspaper in terms of circulation, the Times of India, tweeted a photo of actress Deepika Padukone with a link to a photo gallery, with the caption: “OMG: Deepika Padukone’s cleavage show,” on Sunday. Apparently, the photo is over a year old, and was taken while the actress was attending the launch of “Chennai Express”, co-starring Shahrukh Khan.

Supposedly India’s ‘LEADING’ newspaper and this is ‘NEWS’!!?? pic.twitter.com/D3wiVVXuyM

An obviously irate Deepika Padukone, took to Twitter to express her outrage at the newspaper: “YES! I am a Woman. I have breasts AND a cleavage! You got a problem!!??”

In a following tweet, she has slammed the newspaper for talking about women empowerment, saying, “Dont talk about Women’s Empowerment when YOU don’t know how to RESPECT Women! (sic)”

Dont talk about Woman’s Empowerment when YOU don’t know how to RESPECT Women!

She has further lashed out at the newspaper saying, “Supposedly India’s ‘LEADING’ newspaper and this is ‘NEWS’!!??”

What has the media come to these days? This is considered “news”, and they’re unashamedly peddling it? Is this the kind of self-regulation that the media deem is sufficient?

In the last few years, many media outlets have been accused of suppressing genuine news, have blatantly come out in support of certain entities, have been bought by corporate giants, making them a lackey in their gigantic empires, instead of being a free part of the fourth estate. But being a widely read daily newspaper, to tweet in such a frivolous and immodest way about a woman – is inexcusable.

Since then, the leading newspaper has come out with a tweet in its own defense, saying, “@deepikapadukone, It’s a compliment! You look so great that we want to make sure everyone knew!

(sic),” which is reprehensible. If they genuinely wanted to compliment the actress, they could’ve directly said so in less offensive words. But to anyone who has read through this pathetic defense, it’s obvious that it is just a sad and pitiful attempt at saving face after the fact. Further, if this so-called newspaper thinks that the way to complement an independent, hard working, obviously intelligent woman by referencing her cleavage, then it should simply start calling itself a tabloid and save us all the trouble. That will at least set expectations with the general public.

The actress’ bold move to tackle the disgusting piece of news head on, has garnered support from several Bollywood peers, celebrities, and hundreds of fans. The hashtag #IStandWithDeepikaPadukone was the top trending topic on Twitter in India.

This is what some of the celebrities had to say about the appaling news tweet:   Karan Johar tweeted: “Appalled … shocked and disgusted at the level of disrespect shown. Deepika or any women in the world cannot and should not stand for this!!”

Appalled….shocked and disgusted at the level of disrespect shown..Deepika or any women in the world cannot and should not stand for this!! — Karan Johar (@karanjohar) September 14, 2014

While actor Arjun Rampal had this to say: “I just read … about @deepikapadukone retort to cheap sensational journalism, well done girl (sic).”

“Kudos to Deepika for being a strong woman and speaking up!” tweeted fashion designers Gauri & Nainika.   Hindustan Times columnist Madhavan Narayanan seemed to have summarised the outrage felt at the atrocious piece of news succintly: “They think @deepikapadukone has a cleavage. I think she has got a spine.”

They think @deepikapadukone has a cleavage. I think she has got a spine. — Madhavan Narayanan (@madversity) September 14, 2014

While we laud Deepika Padukone for standing up for herself, and laying bare the type of sensationalism that is fodder for cheap tabloids, our sincere hope is that such lurid pieces don’t end up being “NEWS” ever again.

Since the infamous tweet about Deepika’s cleavage, TOI defended its action with a pathetic excuse, which nobody bought. Now, in a sort of open letter, TOI has come out with a defense that is pretty much twisting the actress’ words, and brazenly blaming her actions as a mere publicity stunt to promote her latest release, Finding Fanny.

Apparently, the actress wrote on FB, saying, “A character may demand that I be clothed from head to toe or be completely naked, and it will be my choice as an actor whether or not I take either. Understand that this is a ROLE and not REAL, and it is my job to portray whatever character I choose to play convincingly.”

TOI has gone on the offensive and has blamed Deepika of being a hypocrite for showing off her cleavage at a promotional event, and asking her what ‘role’ she was playing there. They have also asked the actress of the fact of the timing for her tweets of outrage against the media house, stating that the video and photograph in question have been on youtube for the better part of a year. And the reason why she chose to act on them now.

The media house has gone on to display several of Deepika’s cover photos on well-known magazines, wearing much more revealing outfits, in an attempt to showcase her hypocrisy. They have also made their stand clear, that they find “Deepika’s cleavage as sexy as Shah Rukh Khan’s ‘8-pack’ abs.”

Deepika is an intelligent and famous woman. What she wears in a movie is decided by the role, according to her statement. And how she chooses to dress in public, is her decision as an individual. TOI or any other media outlet or any other individual doesn’t have a say in that. I don’t think that TOI guys have done any favor for themselves by brazenly accusing the actress of courting publicity for the sake of a movie. A woman, if she is outraged at immodest comments hurled at her, is accused of hypocrisy. And a woman, if she is mum about the crap being tossed at her, is accused of being a slut, or worse. Now, how should a woman act in this world, when she is damned if she does, and damned if she doesn’t?