Just the words ‘domestic violence’ evokes a range of emotions – fear, anger, helplessness, hopelessness, despair, desperation. It can happen in any household, and it doesn’t discriminate between the educated and uneducated, the rich and poor, the famous and not-so-famous people. Every day, women and men continue to endure it owing to a set of factors that doesn’t allow them to extricate themselves from such a situation. (But that is a matter for another post.) 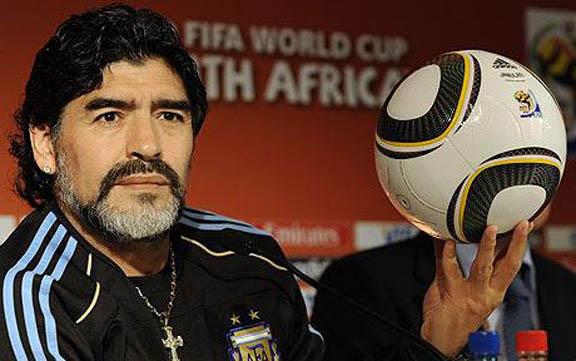 And when the superstar of soccer becomes the poster boy for domestic abuse? All our beliefs that the rich and famous lead a charmed and ideal life comes crashing down around us.

The Argentine soccer legend Diego Maradona is in the news again, and this time it isn’t for a good reason. A video of him hitting and abusing his on-off girlfriend and former fiancée Rocio Olivia has surfaced recently. According to the Spanish newspaper El Mundo, the video which was recorded secretly by Olivia was first broadcast by an Argentine TV station during a lunchtime programme. Apparently, the newspaper also posted the footage on its website.

The 30-second video can be viewed here:

The soccer superstar tried to defend himself by insisting that he had only knocked the phone out of her hands, but hadn’t hit her. Admitting that it was him in the video, he told Argentine journalist Marina Calabro, “I sent the phone flying but I swear I’ve never hit a woman. The story starts and finishes there.” He added, “I admit I knocked the phone out of Rocio’s hands but there’s nothing more to it. The situation didn’t continue.”

According to a translation by NY Daily News, the woman, Rocio Olivia, 24, cries out, “Stop! Stop! Stop hitting me.” 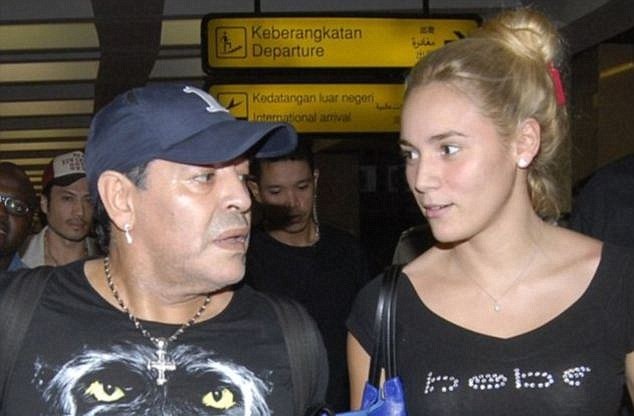 The incident is thought to have been occurred at the retired footballer’s apartment near Buenos Aires, when he returned to his home country earlier this month after his father was admitted to the hospital.

The 53-year-old former Argentinian soccer player, who led his national team to World Cup victory in 1986 with his famous ‘Hand of God’ goal against England, is considered one of the best soccer players to have ever lived. Although his famous goal remains controversial in soccer history, he was named FIFA’s Player of the Century in 2000. He shared that honor with Brazilian soccer legend, Pele.

And this isn’t the first time that Maradona has been accused of domestic abuse. As Sports Illustrated pointed out, Olivia has previously accused her on-off partner Maradona of domestic violence.

And this isn’t his first act of violence either. Just in August, Maradona was caught slapping a journalist, whom he accused of winking at the mother of his child, Veronica Ojeda.

He is now back at his home in Dubai without either Ms Olivia or his son’s mother, Ojeda.

After the video surfaced, Olivia’s aunt has branded him ‘a psychopath and woman beater.’

However rich and famous one might be, that doesn’t make them any less human and any less susceptible to human foibles. But since they are constantly in the limelight, it behooves them to act in a proper manner, and clean up their personal lives.