“Ursula Kroeber Le Guin (1929–2018) was a celebrated and beloved author of 21 novels, 11 volumes of short stories, four collections of essays, 12 children’s books, six volumes of poetry and four of translation. The breadth and imagination of her work earned her six Nebulas, seven Hugos, and SFWA’s Grand Master, along with the PEN/Malamud and many other awards. In 2014 she was awarded the National Book Foundation Medal for Distinguished Contribution to American Letters, and in 2016 joined the short list of authors to be published in their lifetimes by the Library of America.”

In today’s post, we will be reading some of the best poems by Ursula K Le Guin.

Years do odd things to identity.

What does it mean to say

I am that child in the photograph

of a leaf of the acacia tree

moving on the page the child reads.

Might as well say I am the words she read

or the words I wrote in other years,

flicker of shade and sunlight

as the wind moves through the leaves.

Over the bright shallows

now no flights of swallows.

Leaves of the sheltering willow

At four in the morning the west wind

moved in the leaves of the beech tree

with a long rush and patter of water,

first wave of the dark tide coming in.

On the longest night of all the year

in the forests up the hill,

to bid the night be longer still.

THE WINDS OF MAY

are soft and restless

in their leafy garments

that rustle and sway

The dogwood cowered under the thunder

against the storm-black sky until the hail

whitened the grass with petals.

falling on fallow, on field and forest,

than cities, softer than sisterhood, vaster

return to us, teaching our troubled

souls in your ceaseless descent

to fall, to be fellow, to feel to the root,

to sink in, to heal, to sweeten the sea.

Time says “Let there be”
every moment and instantly
there is space and the radiance
of each bright galaxy.

Time makes room
for going and coming home
and in time’s womb
begins all ending.

Time is being and being
time, it is all one thing,
the shining, the seeing,
the dark abounding.

In the vast abyss before time, self
is not, and soul commingles
with mist, and rock, and light. In time,
soul brings the misty self to be.
Then slow time hardens self to stone
while ever lightening the soul,
till soul can loose its hold of self
and both are free and can return
to vastness and dissolve in light,
the long light after time.

Long after sunset the afterlight
glows warm along the rimrock.
A wind down off the mountain
blows soft, a little chill.
I’ve come to love the quiet sound
cattle make cropping short grass.
Day and night are much the same
to them in the pastures of summer,
cows and calves, they crop and pull
with that steady, comfortable sound
as the light in the rimrock and the sky
dims away slowly. Now no wind.
I don’t know if cattle see the stars,
but all night long they graze
and walk and stand in the calm
light that has no shadows.

that when they finally staggered off the mountain

into some strange town, past drunk,

and across young thighs,

to dance, lurching and yelling, but falling

dead asleep by the market stalls,

sprawled helpless, flat out, then

would come and stand nightlong in the agora

as ewes and cows in the night fields,

ii
In the twilight in my dream
a little bat was flying
and awakening I wondered
if the bat that I remembered
flying in the twilight
of the dream of California
was in California or the dream.

I am such a long way from my ancestors now
in my extreme old age that I feel more one of them
than their descendant. Time comes round
in a bodily way I do not understand. Age undoes itself
and plays the Ouroboros. I the only daughter
have always been one of the tiny grandmothers,
laughing at everything, uncomprehending,
incomprehensible.

Remember me before I was a heap of salt,
the laughing child who seldom did
as she was told or came when she was called,
the merry girl who became Lot’s bride,
the happy woman who loved her wicked city.
Do not remember me with pity.
I saw you plodding on ahead
into the desert of your pitiless faith.
Those springs are dry, that earth is dead.
I looked back, not forward, into death.
Forgiving rains dissolve me, and I come
still disobedient, still happy, home.

Suggested read: #NaPoWriMo Langston Hughes Will Always Be Remembered For His Simple Yet Powerful Verses

That is all we have on today’s post on the best poems by Ursula K Le Guin. Did you like what you just read? Let us know in the comment section below. 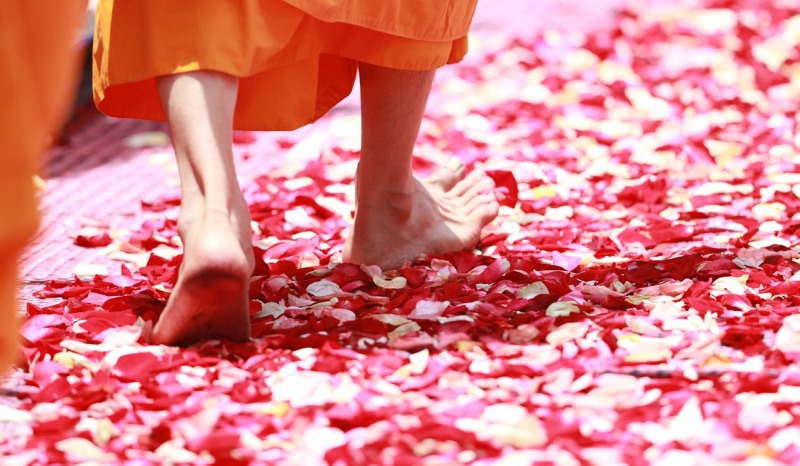