Lewis Carroll And His Magical Poetry

In today’s #NaPoWriMo post, we will be celebrating some of the best poems by Lewis Carroll. We hope you will enjoy reading them just as much as I did curating them for you.

‘Twas brillig, and the slithy toves
Did gyre and gimble in the wabe:
All mimsy were the borogoves,
And the mome raths outgrabe.

‘Beware the Jabberwock, my son!
The jaws that bite, the claws that catch!
Beware the Jubjub bird, and shun
The frumious Bandersnatch!’

He took his vorpal sword in hand:
Long time the manxome foe he sought —
So rested he by the Tumtum tree,
And stood a while in thought.

And, as in uffish thought he stood,
The Jabberwock, with eyes of flame,
Came whiffling through the tulgey wood,
And burbled as it came!

One two! One two! And through and through
The vorpal blade went snicker-snack!
He left it dead, and with its head
He went galumphing back.

‘And hast thou slain the Jabberwock?
Come to my arms, my beamish boy!
Oh frabjous day! Callooh! Callay!’
He chortled in his joy.

‘Twas brillig, and the slithy toves
Did gyre and gimble in the wabe:
All mimsy were the borogoves,
And the mome raths outgrabe.

He thought he saw an Elephant
That practised on a fife:
He looked again, and found it was
A letter from his wife.
‘At length I realize,’ he said,
‘The bitterness of life! ‘

He thought he saw a Buffalo
Upon the chimney-piece:
He looked again, and found it was
His Sister’s Husband’s Niece.
‘Unless you leave this house,’ he said,
‘I’ll send for the police! ‘

he thought he saw a Rattlesnake
That questioned him in Greek:
He looked again, and found it was
The Middle of Next Week.
‘The one thing I regret,’ he said,
‘Is that it cannot speak! ‘

He thought he saw a Banker’s Clerk
Descending from the bus:
He looked again, and found it was
A Hippopotamus.
‘If this should stay to dine,’ he said,
‘There won’t be much for us! ‘

He thought he saw a Kangaroo
That worked a Coffee-mill:
He looked again, and found it was
A Vegetable-Pill.
‘Were I to swallow this,’ he said,
‘I should be very ill! ‘

He thought he saw a Coach-and-Four
That stood beside his bed:
He looked again, and found it was
A Bear without a Head.
‘Poor thing,’ he said, ‘poor silly thing!
It’s waiting to be fed! ‘

He thought he saw an Albatross
That fluttered round the lamp:
He looked again, and found it was
A Penny-Postag e Stamp.
‘You’d best be getting home,’ he said:
‘The nights are very damp! ‘

He thought he saw a Garden-Door
That opened with a key:
He looked again, and found it was
A Double Rule of Three:
‘And all its mystery,’ he said,
‘Is clear as day to me! ‘

He thought he saw a Argument
That proved he was the Pope:
He looked again, and found it was
A Bar of Mottled Soap.
‘A fact so dread,’ he faintly said,
‘Extinguishe s all hope! ‘

The day was wet, the rain fell souse
Like jars of strawberry jam, a
sound was heard in the old henhouse,
A beating of a hammer.
Of stalwart form, and visage warm,
Two youths were seen within it,
Splitting up an old tree into perches for their poultry
At a hundred strokes a minute.
The work is done, the hen has taken
Possession of her nest and eggs,
Without a thought of eggs and bacon,
(Or I am very much mistaken happy)
She turns over each shell,
To be sure that all’s well,
Looks into the straw
To see there’s no flaw,
Goes once round the house,
Half afraid of a mouse,
Then sinks calmly to rest
On the top of her nest,
First doubling up each of her legs.
Time rolled away, and so did every shell,
‘Small by degrees and beautifully less,’
As the large mother with a powerful spell
Forced each in turn its contents to express,
But ah! ‘imperfect is expression,’
Some poet said, I don’t care who,
If you want to know you must go elsewhere,
One fact I can tell, if you’re willing to hear,
He never attended a Parliament Session,
For I’m certain that if he had ever been there,
Full quickly would he have changed his ideas,
With the hissings, the hootings, the groans and the cheers.
And as to his name it is pretty clear
That it wasn’t me and it wasn’t you!

And so it fell upon a day,
(That is, it never rose again)
A chick was found upon the hay,
Its little life had ebbed away.
No longer frolicsome and gay,
No longer could it run or play.
‘And must we, chicken, must we part? ‘
Its master [7] cried with bursting heart,
And voice of agony and pain.
So one, whose ticket’s marked ‘Return’, [8]
When to the lonely roadside station
He flies in fear and perturbation,
Thinks of his home- the hissing urn-
Then runs with flying hat and hair,
And, entering, finds to his despair
He’s missed the very last train. [9]

Too long it were to tell of each conjecture
Of chicken suicide, and poultry victim,
The deadly frown, the stern and dreary lecture,
The timid guess, ‘perhaps some needle pricked him! ‘
The din of voice, the words both loud and many,
The sob, the tear, the sigh that none could smother,
Till all agreed ‘a shilling to a penny
It killed itself, and we acquit the mother! ‘
Scarce was the verdict spoken,
When that still calm was broken,
A childish form hath burst into the throng;
With tears and looks of sadness,
That bring no news of gladness,
But tell too surely something hath gone wrong!
‘The sight I have come upon
The stoutest heart [10] would sicken,
That nasty hen has been and gone
And killed another chicken! ‘

Sent to a friend who had complained that I was glad enough to see
him when he came, but didn’t seem to miss him if he stayed away.

And cannot pleasures, while they last,
Be actual unless, when past,
They leave us shuddering and aghast,
With anguish smarting?
And cannot friends be firm and fast,
And yet bear parting?

And must I then, at Friendship’s call,
Calmly resign the little all
(Trifling, I grant, it is and small)
I have of gladness,
And lend my being to the thrall
Of gloom and sadness?

And think you that I should be dumb,
And full DOLORUM OMNIUM,
Excepting when YOU choose to come
And share my dinner?
At other times be sour and glum
And daily thinner?

Must he then only live to weep,
Who’d prove his friendship true and deep
By day a lonely shadow creep,
At night-time languish,
Oft raising in his broken sleep
The moan of anguish?

The lover, if for certain days
His fair one be denied his gaze,
Sinks not in grief and wild amaze,
But, wiser wooer,
He spends the time in writing lays,
And posts them to her.

And if the verse flow free and fast,
Till even the poet is aghast,
A touching Valentine at last
The post shall carry,
When thirteen days are gone and past
Of February.

Farewell, dear friend, and when we meet,
In desert waste or crowded street,
Perhaps before this week shall fleet,
Perhaps to-morrow.
I trust to find YOUR heart the seat
Of wasting sorrow.

Suggested read: #NaPoWriMo Here’s Why W.H. Auden Was The King Of Poetry

This is all we have on today’s post on the Best Poems by Lewis Carroll. This is, however, not an exhaustive list, and if we have missed out on some of your favorites, then please feel free to add them in the comment section below. 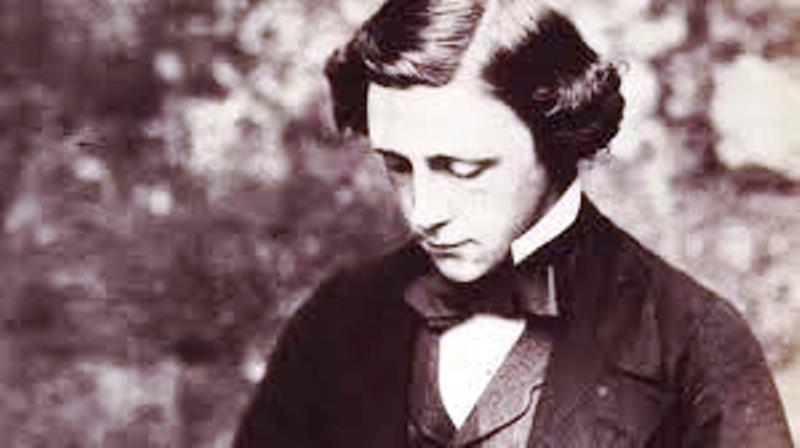