When it comes to relationships, the fact that absence makes the heart grow fonder is one of life’s greatest clichés. Whether you are in a long distance relationship, or whether you have to be away from each other for a considerable period of time, or you have had a fight and you are staying away from each other, the solution you are most likely to receive from the people you confide in is, “absence makes the heart grow fonder.” Even though you have heard it enough, you can’t help but sometimes wonder, does absence make the heart grow fonder, or does it give the other person (and you) enough reason and opportunity to move on with your life, because after all, out of sight, out of mind is also a thing.

This question has been raised and broached by a number of people, but we couldn’t help coming up with some theories of our own. After all, with people moving cross-country and some even across the world for jobs and education and several other reasons, the challenges of long distance relationships are becoming more and more pertinent, and a lot of people are left wondering about the feasibility of their relationship, and whether distance is enough to sustain it, reinforce it, or end it.

Here is what we think.

The benefits of distance between lovers 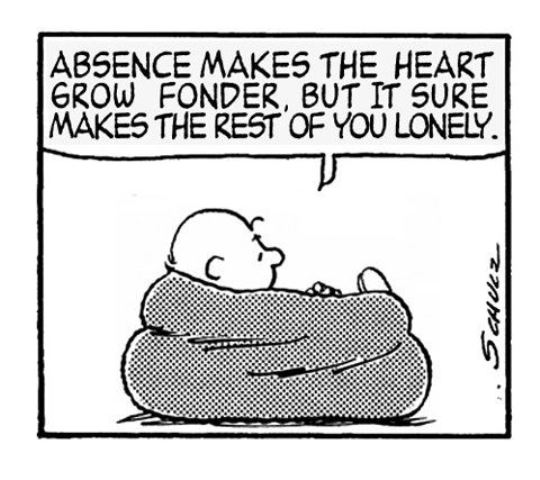 Whether you are wondering does absence make the heart grow fonder, or if you are feeling more of the out of sight out of mind vibes, there is no denying that the two are on opposite sides of your emotional spectrum, and it is impossible to achieve a middle-path when it comes to long distance relationships. A lot of couples even find themselves unable to bear even the thought of physical separation, and break up immediately before they have to live away from each other. Then again, there are couples who stay away from each other for years and years, until they can finally be with each other in more permanent circumstances.

If you belong to the second category of people who believes that love deserves a chance, no matter how many miles you have between you and the object of your love, then there is no denying that distance also entails some benefits, when it comes to your relationship. Irrespective of whether you are taking a break in your relationship, without any physical or direct contact with your partner, or you are away from each other for work or something else, psychologists have observed that distance and healthy spaces is of the essence in any healthy, functional relationship.

In fact, a lot of people argue that even if circumstances do not compel you to stay away from each other, one should consciously move away from time to time to let the other person live their lives without you. This isn’t really as harsh as it sounds. What happens is, in the course of a relationship, people tend to get too caught up in each other’s lives, which defines their lives automatically in the context of the other. This might be counter-productive, and might even lead to resentment and claustrophobia in your relationship later on. 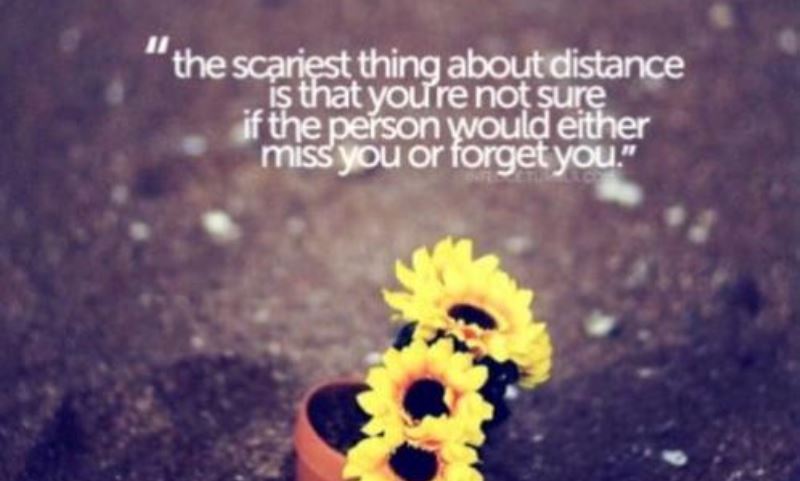 The reason people say “absence makes the heart grow fonder” is because of one simple emotional concept called “missing” someone. The moment you lose something, metaphorically speaking, you start to crave for it, which is basic human psychology. If two people spend all their time in each other’s company, then it starts to get jarring, and relationship problems like taking each other for granted, start to appear. However, the beauty of being away from each other (in a very sadistic sense) simply lies in the fact that you are not with each other all the time, which makes you crave for their company more.

Another unacknowledged benefit of being away from each other is the fact that you have better opportunity for communication. Running out of things to talk about is a very real fear when it comes to relationships, after which it simply boils down to “How was your day?” and “What do you want for dinner?” However, when you are away from each other, you don’t spend each waking moment together which gives you a thousand things to talk about, and more inside jokes to share. Talking to each other at the end of the day, or throughout the day becomes a necessity, not a compulsion.

The importance of giving each other space

Apart from all the other benefits of separation that might or might not be evident to you, the most important thing is that couples who stay away from each other physically come closer together emotionally, because they give each other space to live their lives. In order to ensure that you give space to each other without causing any breach in communication, trust in a relationship comes into play. When you trust each other, you are unafraid of giving space to each other, and then distance too becomes a matter-of-fact aspect in your relationship. 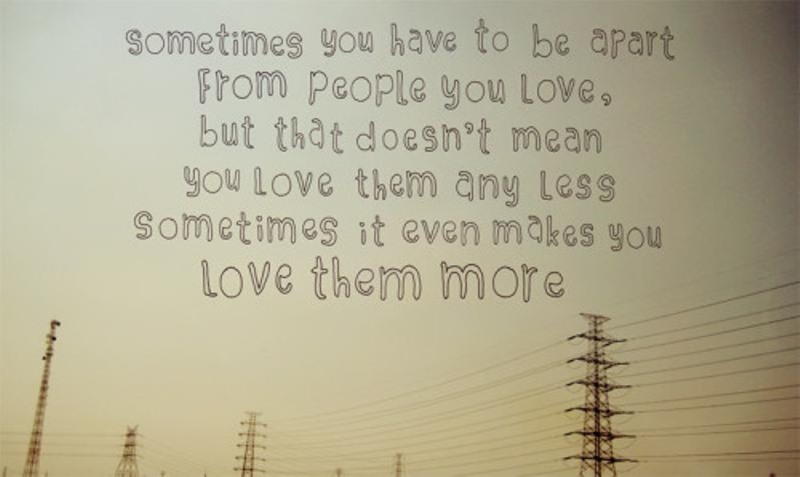 The whole point of being away from each other reinforces the fact that you have lives which exist beyond your partner, which is fulfilling, rewarding, and also engaging, as much as you like to think of you and your lover as a unit. Does this result in even more fondness between two people? Absolutely.

Suggested read: The lost art of starting over in a failing relationship

Things that can go wrong in a long distance relationship

The reason this whole debate about does absence make the heart grow fonder or not exists because the opposite is also true in some cases. We have already learnt how distance is actually conducive to a healthy relationship. Then why is it that so many people complain of absence of physical proximity being the cause of the breakdown of their relationship? Just like there are a lot of great things that absence can do for love, there are a lot of things that could go wrong because of it too.

Absence can sometimes morph into taking advantage of the situation and shunning responsibility and lack of accountability towards your partner. When you do not have unquestionable trust and faith in your partner, things like cheating, lying, not having time to talk, etc., become a very real possibility. 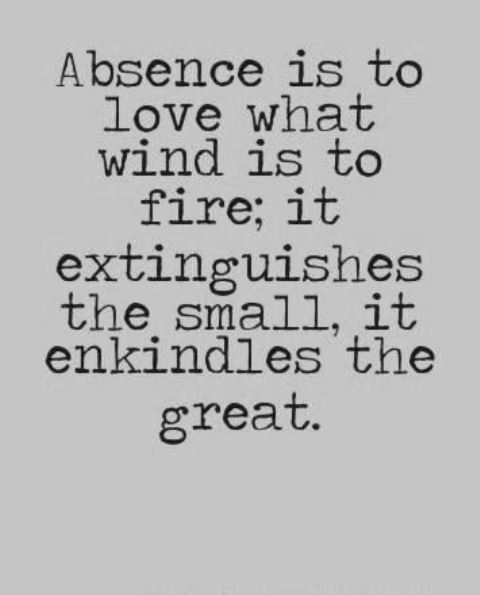 It is true that physical contact and an active sex life and meeting each other frequently makes two people come closer, and it is more effective than anything else. The lack  thereof, can prove fatal for a relationship, if the emotional bond between two people is not strong enough. When you don’t get to touch and feel your partner in real life, they become an almost unreal entity, and may even come across as a burden you don’t want in your life. You feel alone, left out, denied and all these other horrible things, which are usually not felt by two people who get to be with each other physically.

Once these feelings start taking hold of you, the inclination to cheat, to find a physical replacement for your absent partner, and to not share things with them because of the lack of sharing common experiences makes two people drift apart. 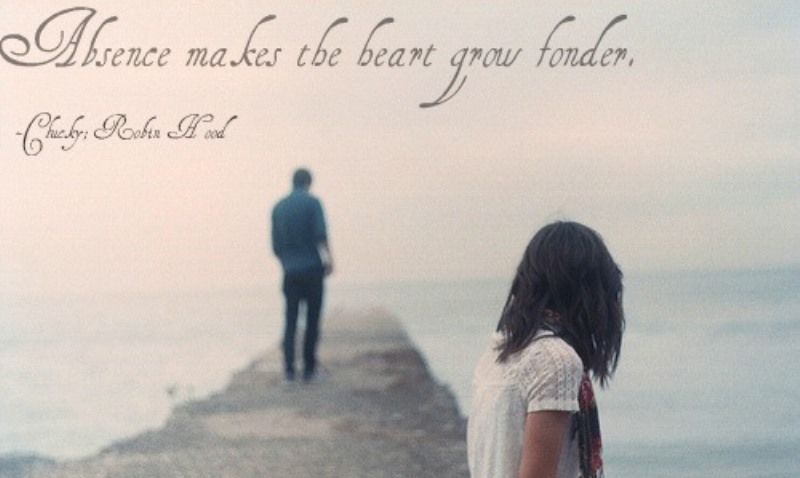 After comparing the two different ways in which absence can affect a relationship, it is safe to say that the matter is highly subjective, and depends completely on the dynamics of the two people involved. The degree to which the two people are emotional invested in each other can determine whether absence makes the heart grow fonder, or whether it is out of sight, out of mind for you.

Suggested read: Why we need to change the way we look at forgiveness

Whether someone’s absence makes you miss them or gives you a sense of relief, it is important that you confront your feelings to determine which category you belong to. There are exceptions in both cases, however. Even if you are super close to each other despite your physical distance, a long absence may lead to some justified frustration, which can potentially affect your relationship. If you have broken up because of the imminent absence between you and your partner, then staying away from each other can result in developing feelings that weren’t there previously – feelings of love, affection, and longing, which might ignite a love story which wouldn’t have been a reality in each other’s presence.

If you are still thinking does absence make the heart grow fonder or not, then the answer actually lies with you. It can go both ways depending on how you interpret and execute your relationship. There are things you can do to make the heart actually grow fonder in someone’s absence, or you can choose to let things go out of control, and resign yourself to the fact that so many other couples have resigned themselves to – that long distance just isn’t their thing. 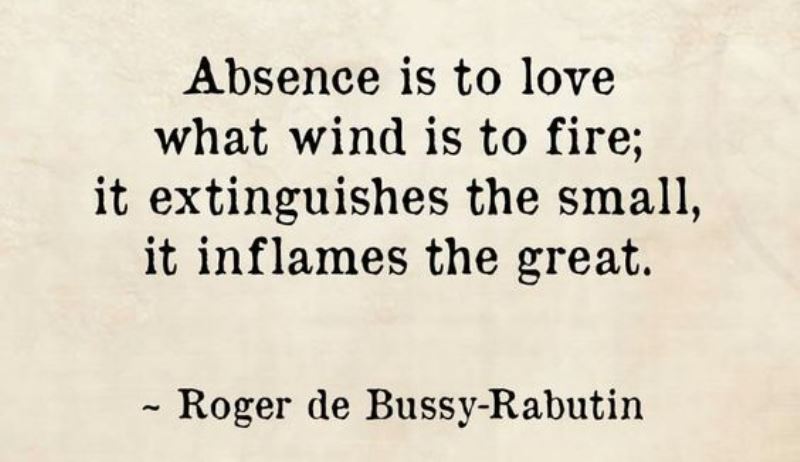