People who don’t trust enough are the ones who have usually gone through their share of betrayal and deceit. They’d find it extremely hard to trust again and always be doubting of their partner. Trust is like that; it’s delicate, when it’s broken it makes it impossible for the other person to start trusting again. While it’s really hard to gain someone’s trust, it takes mere seconds to destroy all that was built. So, when someone breaks your trust, they leave you feeling helpless, broken, and beyond repair.

Going through a betrayal is a blow to a person’s trust, and it can handicap a person and restrict them from trusting again. That’s because you are cautious and fear that the same thing could repeat. It’s the fear of being duped again that restricts you from trusting again; so this time you want to be shrewd lest you hurt yourself again. Because you went through a horrible time trying to recuperate from the broken trust, you’d find it extremely challenging to start trusting again. 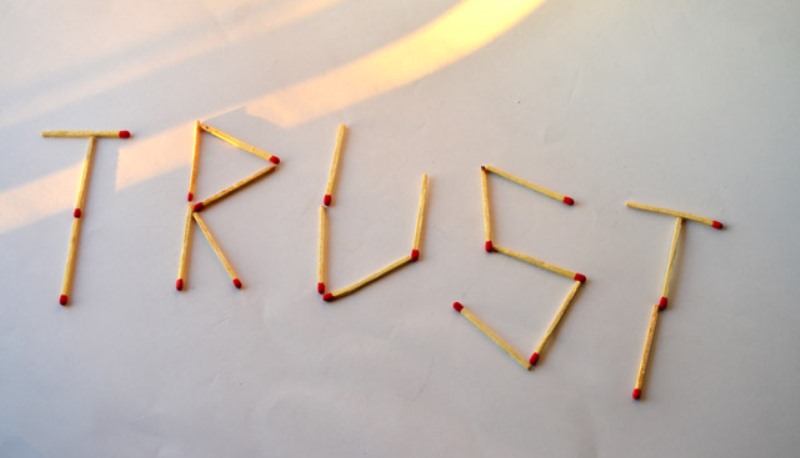 When a partner cheats on you, they simply rob you of everything a healthy relationship possesses. When that happens, it becomes really hard to start trusting again. But sadly, that hampers even a new relationship with a completely different person. So, even if you have moved on, you’d still find it a tad bit difficult to trust again.

So, how to trust again, you ask yourself and you probably don’t have an answer. Yes, it’s difficult to trust another person after an episode of cheating and lies, but one can’t really have a non-trusting attitude for life, can they? Therefore, as a part of life, one must learn to trust again because it’s essential.

Here are some ways that teach you how to trust again after being cheated on or lied to repeatedly:

This is probably the worst thing to do. Blaming yourself for the deeds of your partner will only make you miserable. You should learn to accept that this wasn’t your fault in any way. Things happened, you were cheated on, and that is in no way a reflection of how you are or what impact you had on the relationship. Remember that you didn’t push your partner to cheat on you. They made a choice and did it voluntarily. It was the outcome of their betrayal, and it wasn’t your fault at all. So, stop blaming yourself and making yourself miserable.

After you have been cheated on, you can’t expect your partner to be the same way like they were earlier. In fact, you aren’t the same either after that betrayal you went through. You need to learn to accept that people change over time, and that it’s possible for a person to completely shift from one side to the other. Also, sometimes when a person regrets their actions, they can feel remorse. They can change their ways if they want to. So, learn to trust again by accepting that people change – sometimes for the better, and sometimes not. But this is not really in your control.

Sometimes, you could put up blinders on  your eyes and completely ignore what’s happening right in front of you. That’s because you are lost in thought, you are constantly worrying that the new person will also make the same mistake. When you live in such fear, you tend to ignore the good that’s in front of you. Don’t ignore or discount the reality by living in past mistakes or betrayals. 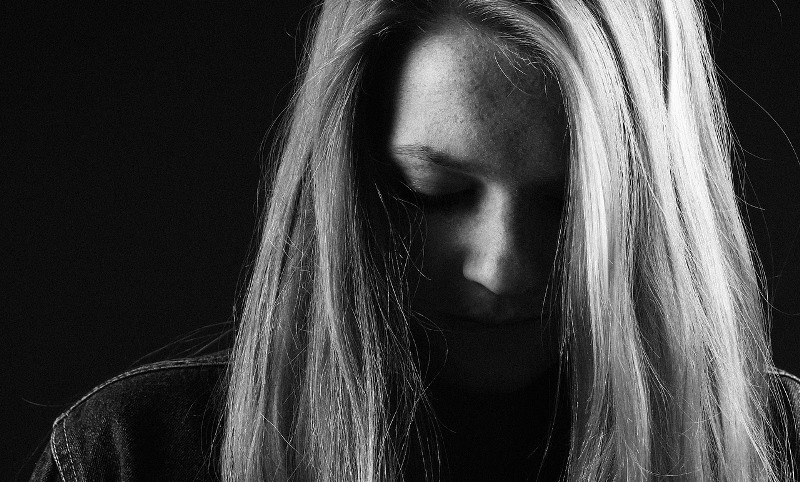 Well, if you overdo it, it may be a problem. But sometimes you need to sit down, relax, and think about what happened. The sudden shock may not let you process the current situation, but it’s necessary to analyze what went wrong, if you played any part in it – at all, and where you are emotionally in terms of the betrayal. Why did it happen, did your partner simply cheat on you because they weren’t able to control their lustful feelings? Was it a moment of weakness? What was it? Did you not give them something that led them to look outside your relationship? Think about it. You’d want to analyze so that you don’t repeat the same mistake again.

As hard as this may sound, it’s important sometimes to block off a part of your memory for your own good. Your previous relationship may have been unforgettable for bad reasons, but you have to find a way to erase those bad memories for your own peace. Sometimes forgetting what happened may not be the best approach to deal with a problem, but it helps you to get out of the rut and live in peace (momentarily).

Suggested read: 5 compelling reasons why trust in a relationship once lost is hard to regain 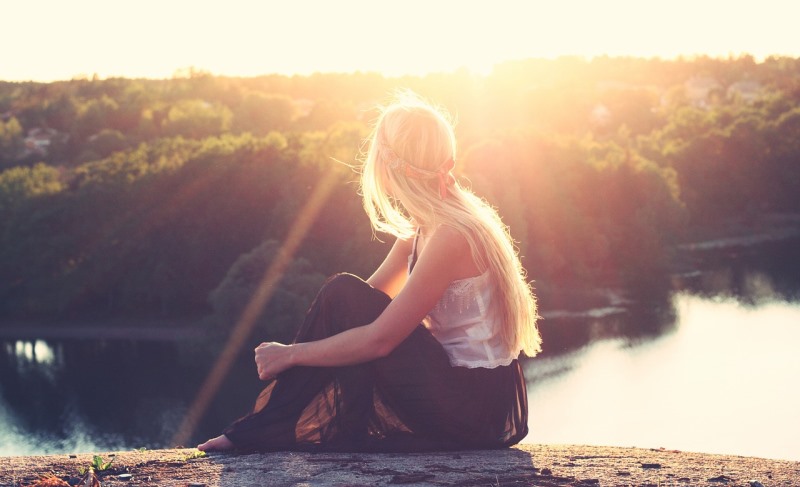 Don’t dwell on what has already passed; try to live in the moment and enjoy it. When people stress about their past, they fail to see what’s ahead of them. They get carried away and then miss out on the good things that are right in front of them. Don’t waste precious time pondering over spilt milk. It’s pointless, because you’d be living in an unreal state. There isn’t much you can do about something that has already happened, neither can you control the future. You have to move on and start living in the present.

7. Deal with your emotions

You will go through all sorts of emotions after a betrayal, and it’s important to address each one of them. Sometimes it becomes necessary that you seek help and understand that this is a phase and that this too shall pass. So, let the emotions come out uninhibitedly, and you learn to deal with it. When you let emotions build up without addressing them, you’ll see that it could tarnish everything when it does come out finally.

We fail to give time enough credit, but time does play a great part in letting people heal themselves. Given enough time everything makes sense. It’s the best remedy to any problem. You’ll notice how with time, things change, people change, and perspectives also change. So give yourself enough time to heal, and it will show you how to trust again.

9. Communicate with your partner 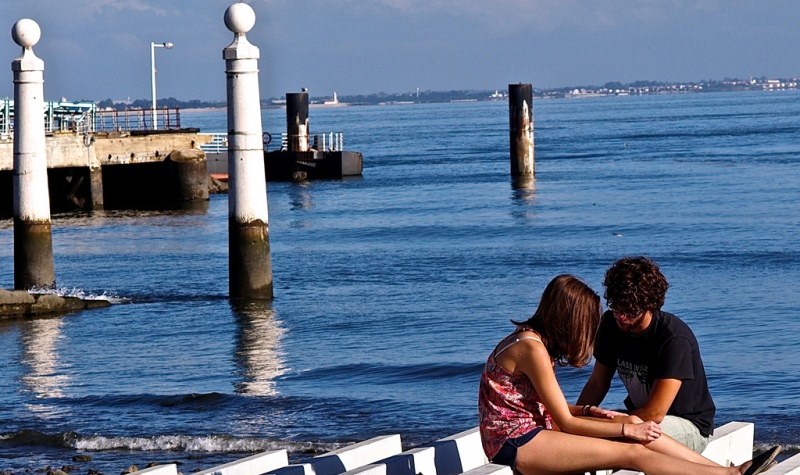 After getting hurt, it will be difficult for you to get back to normal swiftly. So, you need to speak to your partner about it and tell them how their betrayal made you feel. You may need more time to begin trusting them again, and while you want to take your time, you also need some space away from them. They should understand that you aren’t isolating them but are using this time to heal your own wounds. Talk to them about your insecurities and your fears. Thethings you are afraid of, and why you’re finding it hard to move on from their betrayal.

What happened the first time could be a mistake or could have been unexpected, but now you need to set the expectation right. Let your partner know what the boundaries are and what the consequences would be if one crosses them. Don’t let them mistake this for a threat, but then you need to establish this boundary with them for your own safety and peace of mind. More often than not, most people have their own views on right and wrong.  So talk about it openly and determine what would be acceptable and what wouldn’t – with regards to your relationship. So, setting the right expectation after the betrayal is one of the most important things to do.

Suggested read: Why I have trust issues and how I deal with them

We know it’s easier said than done, but you can’t always hold on to the previous grief of cheating and betrayal. You have to let it go, learn to trust again, and live happily. If you are constantly worrying and stuck in the past, then it becomes difficult to move ahead and move on. It helps no one and then all you get is a miserable relationship with an even more miserable you in it.

Once a cheater, always a cheater, and there’s no denying that fact. But if you can’t accept that and get past it, you’ll be hampering your own happiness. So, sometimes you have to take that leap of faith and trust. Trust again. Learn to do it and you’ll see that the world isn’t as bad as you think it is. Not all people are the same, and even if they are, you would have found a way to deal with it. Trusting again may seem difficult, but it is the smartest thing to do.

Article Name
10 Tips On How To Trust Again After Being Betrayed
Author
Steffi D'Souza
Description
Trust is a fragile thing - once broken, it's really hard to regain. The same way, once you're been betrayed, you don't know how to trust again.