Dating apps aren’t new. Seems like they’ve evolved along with the numerous smartphones available today. But one thing that dating apps have not addressed is that fact that rarely does a great online interaction translate into an in-person date. However many messages two people might exchange, almost inevitably, the spark and interest fizzles out after some time without an actual face to face meeting. But in some cases, this in-person date does happen – with a fifty-fifty chance of it working out. 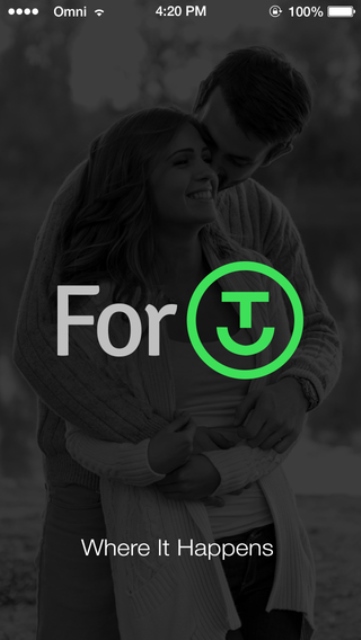 So, to put actual ‘dating’ back into online dating, Jason White has come up with a new dating app called Fortu. White, founder of Fortu dating app and based in Chicago, hopes to change the way people look at online dating with his creation.

“We felt there was a big gap in the proper way to go about online dating,” said White. “This came from friends who were having trouble meeting people on the online world and needed a better platform for meeting others. We intend on getting the nuts and bolts of online dating right to help people meet each other.” 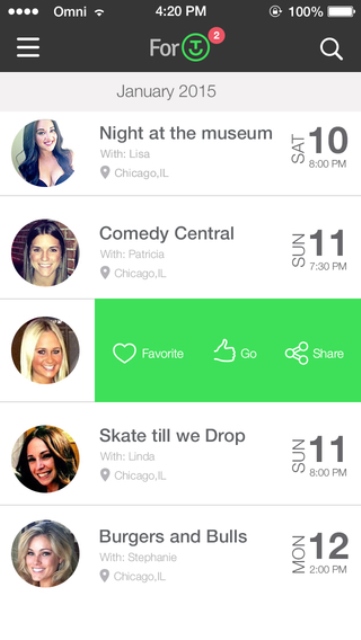 The app is based on three major points: a) physical attraction, b) an event that both parties find interesting, and c) a time convenient for them both.

A user, once signed up, can create an event with details about it like time and location. The ‘event’ can be anything from a simple jog in the park, a gig at the local pub, or simply getting drinks at a bar. Once the ‘event’ has been set up, other users can decide to give it a shot or pass on it. The creator gets notified of possible acceptances. He/she then picks one from the list and the two decide on the exact time to meet up. 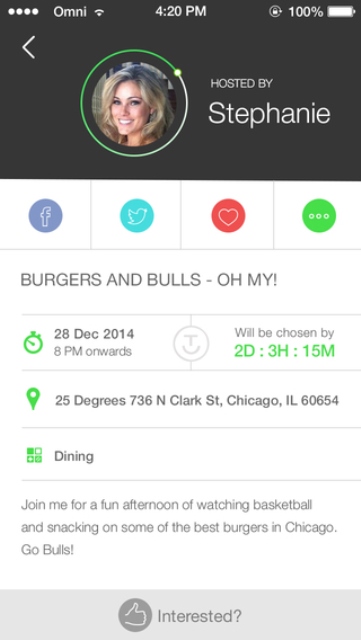 Fortu app page showing an ‘event’ created by a user

“You can make Fortu whatever you want it to be. We’ve done beta tests and watch what people are doing. Whatever you want to do you can do it. We give you a platform that allows things to happen.”

The app is currently available for download on the iTunes app store. Try it out if you’re looking for an in-person date rather than mere online interaction. 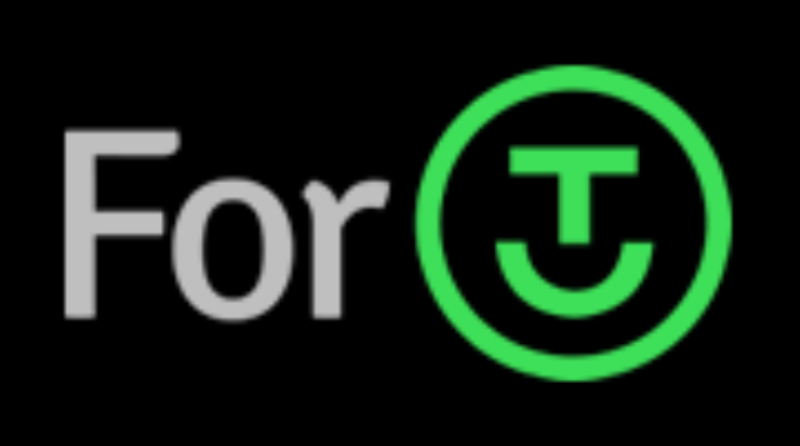 Article Name
Fortu Dating App Focuses On Offline Connections
Author
Chaitra Ramalingegowda
Description
Fortu dating app hopes to put 'dating' back into online dating. Here's how the app works and what its founder had to say.