How To Leave Someone You Love Though It Hurts

When the Beatles crooned “All you need is love” in their characteristic endearing voices, they were mirroring the sentiments felt by generations of people. In fact, it is a sentiment that continues to hold sway over our fragile hearts even today. If you ask your favorite rom-com movie character, they will vehemently agree with the Beatles. They will tell you that, yes, all you do need is love for a fulfilling life. They will tell you that all you need for everything in your life to make sense is some sweet, sweet lovin’ from the person of your dreams. If you’re a woman, they will tell you how love solves all your problems. Even the ones that are related to your career and professional life. Of course, what else could a woman possibly need in her life?

We all love that chase and thrill of new love; that whole “will they, won’t they?” dilemma is something that has been romanticized in pop culture and media to a great extent. We all love getting that extra attention, having someone try so hard to impress us and knowing that they’re putting in all this effort only for us. The thrill of liking someone, no matter how exciting it may be, also comes with its own set of problems. Unrequited love is hard, it is painful and even though this too has been heavily romanticized in popular media, the fact of the matter remains that it is not easy.

Suggested read:  Essential Things You Need To Know When Loving Someone With Depression

Loving someone who doesn’t love you back is not poetic; it is not an Instagram aesthetic that we must keep chasing. We cannot really consciously choose who we fall in love with; it happens unbeknownst to us and when it manifests itself, it is usually too late to go back. Whether that person chooses to love us back is not within our control either. If we’re lucky, the person we love reciprocates our feelings and things go the way they have to. if we’re not, then it’s just a lifetime of misery and pining over someone we can’t have, until we eventually learn to get over them. Often, people’s self esteems take a massive hit due to unrequited love. Not being loved back by the person we love makes us feel inadequate and not good enough. We feel unworthy, tend to push away those who do love us, and end up wallowing in self pity. Many people find it difficult to come out of this mindset and might even go into depression.

The only way to get over this feeling of self pity and unworthiness is to figure out how to leave someone you love. Just because the person we love doesn’t reciprocate our feelings, doesn’t mean we are undeserving of love. We just need to search for it in the right places. And usually, the best place to start is by looking inwards. Stephen Chbosky’s coming of age novel The Perks of Being A Wallflower is one of my all time favorite books. There is a line in that book which has stayed with me even today, and always finds its way back to me when I’m feeling low. “We accept the love we think we deserve,” Charlie was told by Sam. So, the first step towards finding love for ourselves is to accept the fact that we are deserving of it.

If love was we needed, why is it that even after we have love in our life we feel nothing but misery? Why is it that people who have “love marriages” also end up drifting apart from one another or getting divorced? It was my mother who had once told me that sometimes, even love runs out. After it has run its course, even love drifts away, leaving a gaping hole between two individuals who are left as broken halves of a whole. Instead of love, all that remains is distance, regret, anger even, and a sense of desperation. But what do you do in this situation? Do you look for ways on how to leave someone you love and have spent several years with? Or do you try to fill those gaps and try again? Again, it was my mother who had told me that it is important for friendship to stick around even if love decides to pack up and leave. Because if two people in a relationship still have friendship to bind them together, it becomes easier to bring love back between them if they want to. Before you get into any romantic relationship, ask yourself if you consider your partner to be a friend first, whether you like that person along with loving them too.

However, friendship isn’t always enough to save a failing marriage or relationship. Sometimes, the best thing you can do for yourself and your mental health is to get out of a relationship that is bound to end up hurting you. Like I’ve said earlier, love is not enough to sustain a relationship. Constant effort has to be made from both the people in the relationship, both of you should be willing to compromise and make it work. When the burden falls on one person, not only is it unfair but also causes additional pressure on the one who is holding the relationship together. You cannot use love as a justification for a relationship that causes you emotional trauma, distress and pain. In such a situation, figuring out how to leave someone you love is what is best suited for your well being.

Often, you will hear people in abusive relationships justifying their abuser’s behavior by saying how much they love them deep down, or that they’re actually a good person. Mostly, this is just a method of rationalizing their abuser’s behavior and using it as an excuse to end such relationships. While your love for your abuser may be genuine, it is important to realize that this love is wasted on someone who doesn’t deserve it. Stepping out of a familiar set-up is daunting, but this the least you can do for yourself and for the life you have.

Suggested read: 10 Undoubtable Signs That Prove She Will Never Stop Loving You

But, what do you do when you’re in a relationship with someone who’s a good person , checks all the boxes and loves you the way you want to, and you’re still unhappy with them? Scottish comedian Daniel Sloss had aptly summed up this feeling in his comedy special called Jigsaw– “All I’m asking is, have you ever been in a situation like that in a relationship where you felt trapped, like you couldn’t get out of it, and it was just easier to just stay in it?” Sloss even offers a solution to this problem, “All I’m asking is have you ever accidentally caught yourself thinking how much easier life would be if they were to just die?” he asks. Sloss goes on to explain his point further by adding, “And not because you want them to die but just because them dying is like the easiest way for you to get out of that relationship. And it doesn’t involve either of you getting hurt… emotionally.”

This particular comedy set by Sloss has caused nearly 4500 breakups (he keeps a count on his Twitter/Instagram profiles), while causing quite a few laughs and forcing everyone to introspect. If this is something that you connect with, chances are you should probably rethink your relationship too. We’ve all had those relationships where nothing is really wrong but it doesn’t feel right either. In the cases, mechanically going along with the motions of the relationship just for the sake of the relationship isn’t fair either. You’re depriving yourself of other experiences and also remaining caged within a relationship which doesn’t have a future. Putting it out of its misery is undoubtedly hard, but it is also the biggest favor you can do for yourself. A dead relationship has nothing left to contribute in your life, and stretching it beyond it is meant to will only cause misery. The first step to get out of such a relationship is to recognize it for what it is; you have to realize that the world has much more to offer and you can only achieve those when you step out of the comforting choke of your relationship.

Suggested read: 25 Of The Most Inspiring Quotes About Loving Yourself That Will Make You Fall In Love With Yourself

All said and done, I don’t think I personally identify as a quitter when it comes to relationships. I find it hard to give up on people. I believe that if two people are willing to make the effort, they can learn to love each other again and put all the pieces back together. Sometimes, that is all it takes to save a failing relationship- an unwillingness to quit and a desire to rebuild it. But even those who never quit sometimes need a reason to stay. And if you can’t find one in your relationship, then maybe it is time to move on. 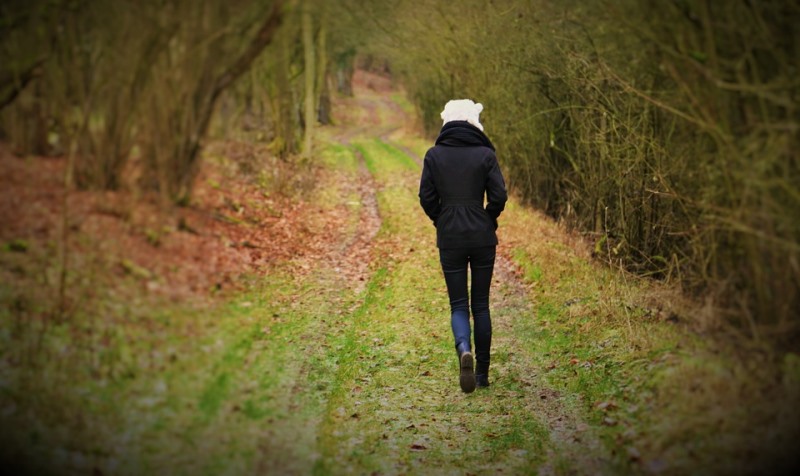