A few days ago, a friend of mine shared a post on Facebook about why we shouldn’t pride ourselves on not knowing to pull off basic sh*t. While the post made intuitive sense and to be really honest, was a real engaging read, I refrained from hitting like.

Want to know why? Well, the guy I am talking of is not really a friend- more of an ex-type-thing I am still friendly with!

Ssshhh, stay- I am not petty, it’s just that we broke up because he thought I couldn’t and wouldn’t cook rotis for him! What the f*ck, right?!?

Now that I have your attention (and you are also on my team- at least, I hope so), let’s do what teammates do. 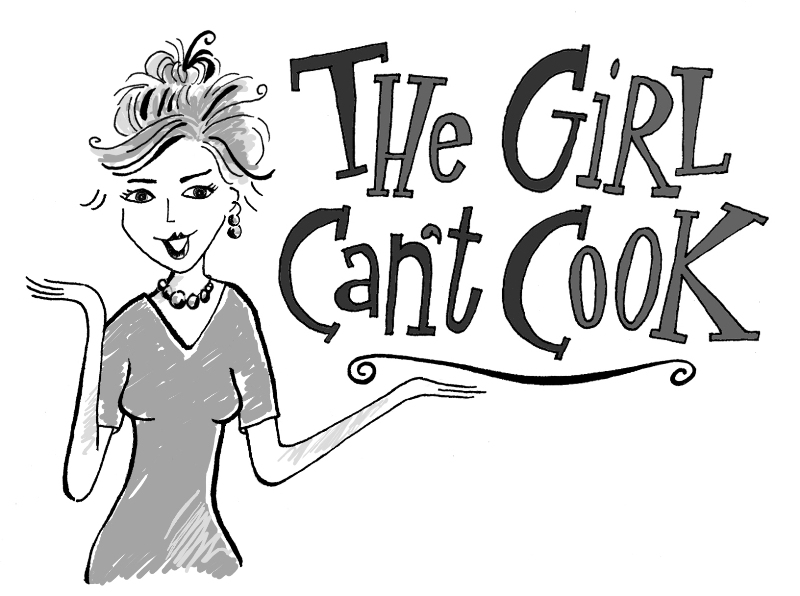 Two, I can’t cook rotis. And I am not very inclined to learn the art of making these round flat things on a griddle either.

If you are still torn about allegiances, read on- I fully trust in your ability to make an informed decision when you have ALL the facts!

The thing is where I come from, rotis are a staple. You hardly go through a day without eating these things, and it’s the ‘women’ in the household who are supposed to churn out these, one after the other, piping hot from the ‘chulhas’ as long as the ‘men’ don’t feel full! 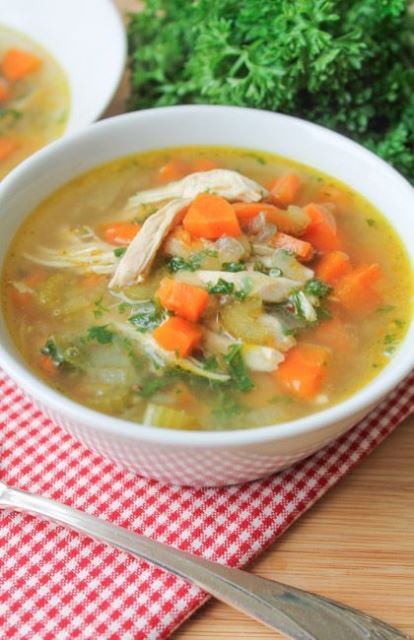 Even if the men of today do not demand that the women feed them first, they still need that big dish stacked with fresh, hot rotis on the table so they can enjoy a ‘good home-cooked’ meal with their women! Ahh- the saving grace of allowing us food, after we’ve spent hours making it! Aren’t men just fantastic?

Now, I suspect if I were a man, my inability to cook rotis would pass off for ‘normal.’ Worse, it’d even be deemed ‘cute’ or ‘adorable’ in some cases. But when I make my confession and further, have the courage to aver that I do not want to learn either, this trait morphs into plain ‘stubbornness.’ Even conceited arrogance or a misuse of liberal worldviews. Add to that the fact that I hate to cook- and tadaa, I might just be a @#$%&!

All words that I have had hurled at me- and internalized.

It hurts because being born with a uterus does not make my default mode ‘domestic goddess-ery.’

It hurts because it is okay for a man to get away with fixing easy and low-budget combinations for a meal as long as he’s free to be a ‘sloppy and slovenly single, strutting his stuff in HIS space,’ but enter a woman, and suddenly, the table is supposed to be dotted with dainty treats!

It hurts because a man can have a casual Friday-night relationship with the kitchen but a woman and food have to get along like a house on fire!

It hurts because the inability/choice of a man to not cook is excusable/acceptable but should a woman fail to fill the house with the scent of stir-fries and pork chops, something must have gone terribly wrong- maybe upbringing, a horrible accident with a food processor or other darker, deeper reasons that might need therapy!

It would have been okay (I guess) if the cooking impasse would just start and end at this pain.

But misery really does love company, doesn’t it?

This guy I speak of thought that it was okay if I wasn’t a kitchen dynamo, even so if we hired a cook to fix us a decent meal on most days, but should the cook decide to go MIA on us (we knew most of them do), it wouldn’t be okay if I couldn’t make rotis for the day. 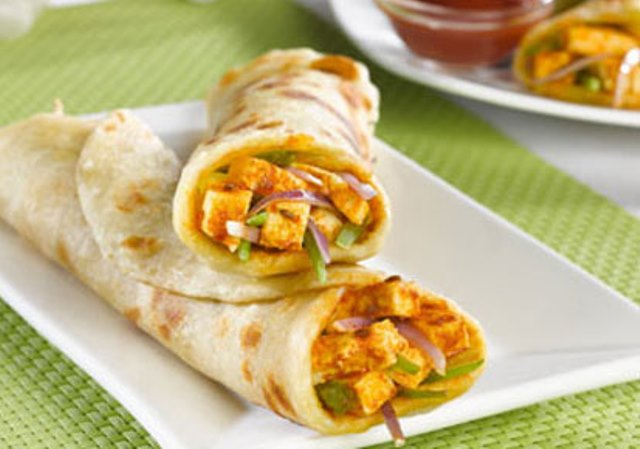 I offered to fix certain other items for the day, but deaf ears don’t register sound, do they? Much less, the voice of reason, or emotion or both!

Because my relationship, to me, was more important than anything else- I tried to make him see reason. But the more we argued, the more I realized that my ‘choice’ would always be branded as my moral failing.

At this juncture, it becomes pertinent, nay imperative to explain a few things.

I am not a member of the ‘I-cannot-cook’  brigade (who, also, I am totally okay with, FYI; because even though it is necessary that everybody (men and women both) know to fix themselves at least, a few edible dishes, anatomy isn’t a guarantee for people swinging it right in the kitchen, is it?).

I do not put the ceiling or people’s eyebrows on fire while starting a grease fire nor do I roll out a series of food-f*ckups that leave more than pans, pots, knives and utensils dirty (and yes, I am quietly pointing toward dignity, assuming we are trapped in the ‘worldview’ my ex espouses).

I do not burn things when I cook, that most ‘non-cooking’ people have no qualms burning- like their confidence that turns wispy smoke-like when they are subjected to the same set of tired social norms and gendered expectations.

And I definitely do not feel lost in a kitchen.

That being said, I do feel trapped in a kitchen. When I am inside one, you can see my enthusiasm flailing- like it’s trying to channel a Julia Childs from a limited reserve. Like cooking lovely, delicious pasta or using crock pots with aplomb is admittedly, an art- albeit one that I yield to grudgingly. Like I am fixing a meal, alright, but am not really appreciating the ‘work’ going into it, as I’d do with my writing or painting.

Fortunately for me, the food I serve on the plate does not reflect this apathy- but that does not mean it isn’t there. But that’s not the point. Not really.

The point is that my dislike for being in the kitchen (and of course, refusing to learn any more than I already knew) was hurled back at me like a personal failure. I wouldn’t know if I am exaggerating here but it felt like my decision to not be in the kitchen (unless I absolutely had to) and of course, not to learn to cook rotis was a decision to keep my man ever-hungry, looking at his watch, and then, at the significantly empty table, tapping his foot impatiently!

Coz I, sure as hell, remember him telling me that if he were to fall sick, I wouldn’t even be able to fix him a meal! That when I dished out delectable delights, every once in a while, out of sheer love! (#$%&@!*^, right?)

To be honest, I am a feminist and uphold my right to ‘choice.’ But I am also human and choose my relationships. When these two choices clash, I am hard-pressed to pick one.

In this case, though, a breakup followed. I didn’t have to choose- he chose food. And also, his mom who shared in his beliefs!

For a long while, I struggled.

I struggled to understand if I was really being unreasonable about my decision to not learn to cook those darned rotis.

I struggled to understand if things would change if I just forced myself to imbibe this roti-making skill by osmosis.

I struggled to understand if it was sheer laziness (and ruled it out as quickly as it had popped to mind- because I work like a maniac!)

I struggled to understand if my decision to stay outside the kitchen was inspired by some primitive 1950’s fear of winding up in the cooking arena with an apron stuck to my waist or an ‘inadequacy’ he could see and I was blind to or a simple, human dislike for something that doesn’t float her boat.

Today, I know it is the last.

I am a woman and I hate to cook and that is that.

Of course, I had a little delayed ability to throw off the millennia of being chained to the hearth and the impending guilt that ensued of not being able to live up to the legacy- but that’s the thing.

If the sheer luck of being born in this age has awarded me something, it is the freedom to choose what I want. If that choice involves ruffling a few feathers by choosing something that goes beyond convention, so be it.

I should not have to feel the need to explain or justify my choices to the unsensitized. Much less, to the ilk of ‘educated intelligentsia’ who claims to be liberal in their ‘word-y worldviews’ while subscribing to a regressive, feudal mindset in their actions.

Suggested read: 8 genius answers for how to stop food cravings

Because here’s the plain truth, there will always be food on my table.

And you are welcome!

P.S. This is a personal tale and no incident or characterization is intended to elicit sweeping generalizations. The purpose of the post is to simply to encourage a disruption in gender roles, promote free-thinking and allow for individuals to be pro-choice. That does not mean that the author believes that any individual should use the same as a handy excuse to slip up on acquiring or exercising basic life skills, should the need be or that anyone should get away with it. The post simply establishes the need for being free to choose who one is, and be that!