“I will never love again. I am never going to find someone – not like her. I will be alone my whole life. I had this one chance and I gave it away. I gave it all away!”

I often found myself saying these words out loud. There is this thing about love – you just can’t live without it. I still remember the time when I fell in love for the first time. At first, I was not even able to comprehend what was happening to me. I was ready to do everything for this one person. It was like as if my entire world stopped revolving around the sun. She became the core of my existence and every step that I used to take would lead to her. 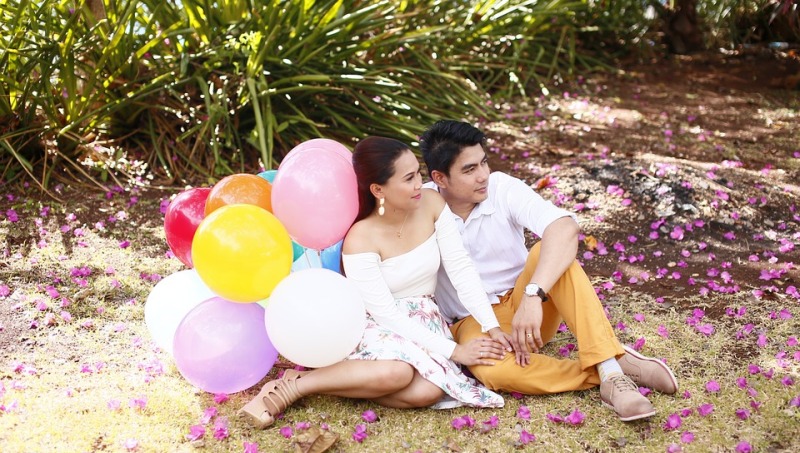 Love took my entire world by a storm. I was flying high and living my dreams. I think I blindfolded myself or maybe, it was just her. I was not able to see where I was going. I was flying blind and losing myself in that process. I didn’t know how love was supposed to feel like. Almost every day, she used to take away a piece me. I couldn’t understand what was happening in that moment. I thought that maybe, this is how love is supposed to feel like. You constantly need to sacrifice a part of you to replenish its source.

She took all those pieces of me, so little that I was not even able to comprehend. I was doing everything in my power to make it work. I was jeopardizing my career and was even keeping myself distant from my friends and family. I was doing almost everything which was wrong in this world. Still, it felt right. As long as she was there by my side, I thought it would be worth it. She kept asking for all those pieces of me until there was nothing left to give.

One day, I woke up and I wasn’t myself anymore. I didn’t even realize that I lost myself in the process of loving her. I tried to look around but she was nowhere to be found. She was gone and she took almost everything that I had with her. Everything. At that moment, I knew I will never love again. 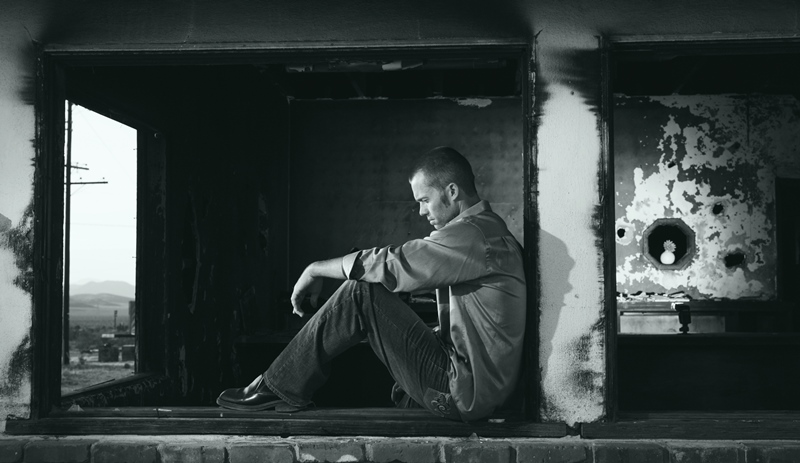 Love betrayed me in the most heartbreaking way. It took away not just my faith or passion, but almost a part of me. I knew I won’t be whole again. So, I started living a lie. I knew things would never be the same again but I had to do something. I had to live. I had to console my tired soul and pretend that I will be happy one day.

I learned to live half-alive. I was breathing, but there was just oxygen that was keeping me alive. There was no sense of life in my lungs. My body was just a machine that was pumping blood to my organs. I was just waking up every day only to witness the darkness of night taking its toll on my soul. I was lost and I knew that I would never be found.

I was not able to feel anything – anything at all. Deep within, I knew that it was only love that could make me whole again. The irony was that it was love that made my whole life a lie at the first place. Forbidden to fall in love again and terrified to live that “almost” life, I kept going – counting one day at a time.

I convinced myself that I will never love again. Love lost its meaning for me and I didn’t want to go through that pain all over again. I made peace with myself until SHE came into my life. 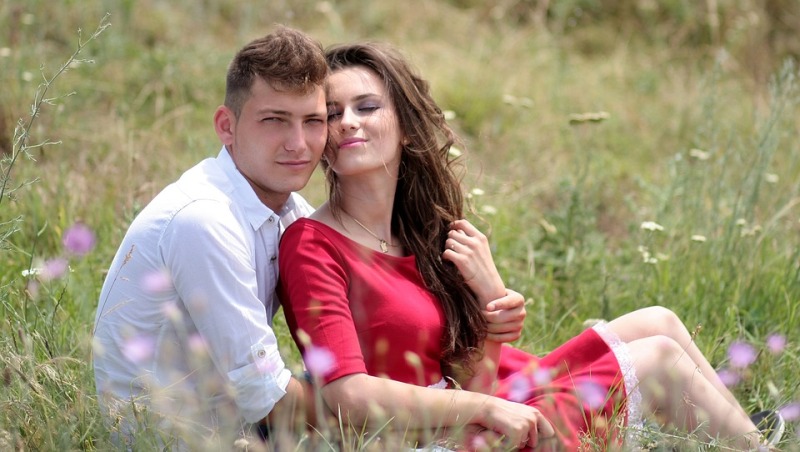 We met in the most unexpected way. I won’t call it serendipity or coincidence. It was like as if I was there at the right time and the right place. I was destined to be there when she needed me. It was just a single message that turned into hours of chit chatting. I didn’t even realize how effortlessly we became the best of friends. There are times in our life when we just meet someone and know; we just know that this person is going to change our life. For me it was her.

Suggested read: Why using sex as a weapon in relationships is a BAD idea

She knew how broken I was and didn’t hesitate for a second to put me back together. I knew there were broken shards of me all over the place and she must have gotten hurt in the process. I saw her hands bleeding with pain and agony while she found every lost piece of me and made me whole again. She made me realize that there was nothing wrong with being broken. Even when I was put together, I was a little flawed. I was imperfect. That is when she showed me her scars. Just like me, she was also broken. We both were quite imperfect. But that’s the thing – we were perfect for each other.

She made me believe why it didn’t work out with anyone else in my life. I was ready to give away a part of me just to get accepted by someone else. This is not how love is supposed to be like. You are not supposed to give away who you are just to be accepted by someone. She made me believe that I could have it all. Even when I thought that I will never love again, she somehow managed to change my mind.

I realized that all this time, I was simply living a lie. I was not afraid to fall in love – I was just afraid to get hurt. Without suffering, there is no compassion. We have to burn in order to create ourselves from our ashes once again. That is the beauty of life. When I touched her for the first time, I knew I had found an elixir. She was not like any other girl. She was not like the one who broke me and took away all those pieces of me with her. She was different. She was my soulmate. She was the one.

I used to think that I was a living funeral. Somehow, I was living this lie and was not able to live my life. The moment I kissed her for the first time – I realized that I wasn’t a walking funeral. There were some millions of lives living inside me and she was able to bring all of those people come to life with her love.

Once again, I was the reckless boy who was unafraid to take risks. The poet in me that died a long time back was able to find his muse. I became an adventure junkie who wanted to travel the whole damn world. I was the nerd who was ready to decode the algorithm of love, and so much more. Somehow, she was able to bring all those people back to life in a single moment. She brought me back to life in the most effortless way. 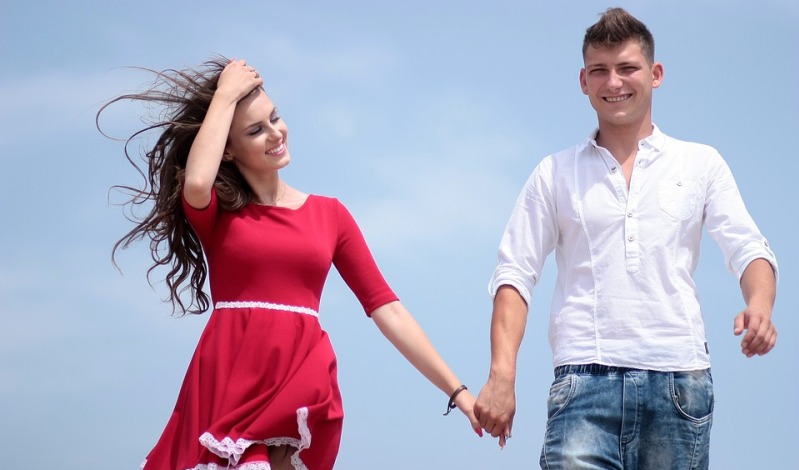 I won’t say I fell in love with her. No. I was quite apprehensive this time. I was not ready to take a leap of faith. After all, I knew I didn’t have wings to fly anymore. So, I thought of walking in love with her. I was quite alert in the process. My eyes were wide open and I was afraid of the unknown. I had invested a lot of time to make myself believe that I will never love again – not even myself. But, I was doing just the opposite of it with her.

I was risking my sanity and my beliefs. I kept walking in love with her with my eyes wide open. I was able to see my own journey. Gradually, I forget everything that happened to me in my past. With every step I took, I was able to regain the sense of self-worth that I lost before. Contrarily, I was able to find myself in the process of loving her. They say our journey matters more than our destination. But not when the destination is something as beautiful as her. By the time I reached my destination I was whole again.

All my roads led to her and she became both, my journey and my destination. I fell in love with her way too differently. But I think that’s the beauty of it. How many people in this world can experience two different sides of love in their life? I got to fall in love in two different ways and I won’t have it any other way. I was able to lose myself in the process of loving someone, which made me believe that maybe, love doesn’t exist. All my beliefs were shattered with her single touch. 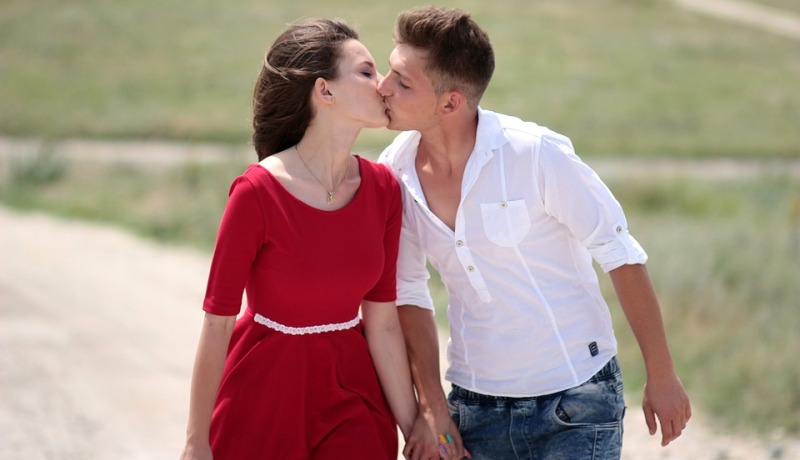 I still fall in love with her almost every single day and that too in a whole new way. Every morning when I look into her eyes, I know where I belong. I’m home. I’m not living that lie anymore. And I swear – I would do it all over again in a heartbeat! 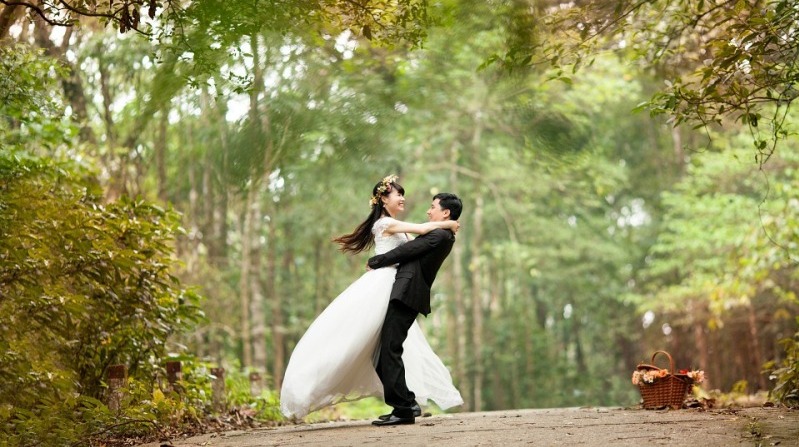