With the United States of America leaving the Paris Agreement, and the President refusing to acknowledge the situation that is climate change, the problem of global warming and environmental degeneration is becoming increasingly relevant. What is the world moving towards? How many more animal are going to go extinct? Is there any way to reverse the damage that we have caused to the planet?

With all these pressing questions in mind, I found one crusader in the narrow by-lanes of Calcutta, doing her bit to save the world that humanity has collectively sought to destroy over several centuries. NLT interviewed Lata Bhatia, founder of a sustainable development organization called Green Legion, and spoke to her about her zero waste journey. In the process, we learnt about the importance of waste management, the need to protect the environment, and how doing our little bit can go a long way in saving the only planet we can call ours.

I asked Lata Bhatia about her mission, and what she does, and why she decided to take up arms against a wasteful and consumer-centric lifestyle. This is what she had to say:

We used to be a no-waste species. We used things till they were threadbare and then found a way to recycle that naturally, but now with this Western culture of constant consumption and the ever-growing population has led to a disproportionate amount of waste generation. Earlier I used to think ‘oh they (the West) are so smart’and envy them for their lifestyle, but not anymore. I don’t think people in the West have been very smart anymore with regards to waste management. “ 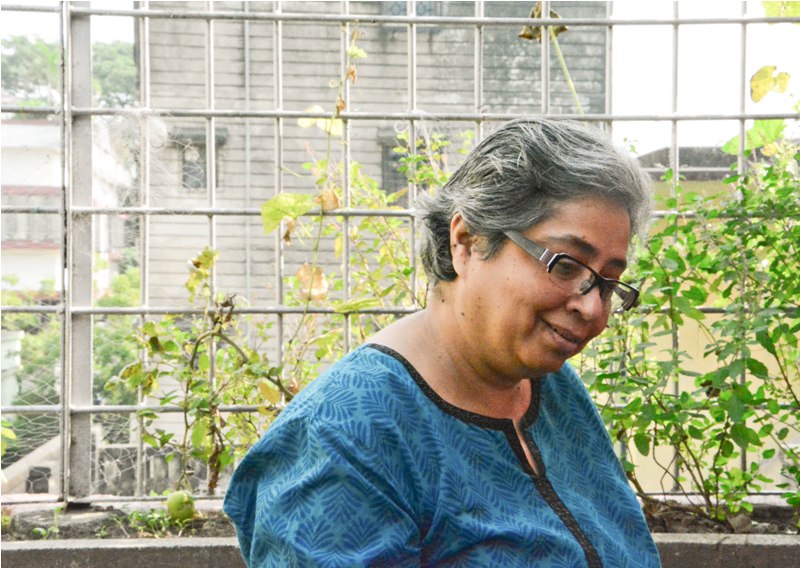 Walking around New Alipore, I used to see that there is so much of garbage all over the place and wonder why there is no proper disposal system; why the government doesn’t do something about it, and that is what got me thinking. I haven’t been to very many foreign countries, but I have heard how clean and well-maintained they are. If they could manage their waste, why couldn’t we?

I started reading up about waste management, and sawthrough Facebook, the work being done in Bangalore, and realized that, in terms of waste management,the city is so much more evolved than Calcutta is. I started following a lady called Vaani Murthy who is into waste management and composting since 2009. She had a lot of videos, and I was amazed that it is such as easy solution to our kitchen waste (that comprises 60%-70% of the household waste), and if we can make something beautiful out of our waste, then why aren’t we doing it.

Noble, important and incredible as her ideas sounded, I was a little dubious about the large-scale impact it could have on a metropolitan city like Kolkata, and on a grander scale, the planet as a whole. After all, she was one person, and in order to create some kind of impact, one needed to work as a community. I asked her what changes could be made in one’s everyday lives to create a more sustainable future, and this is what she had to say: 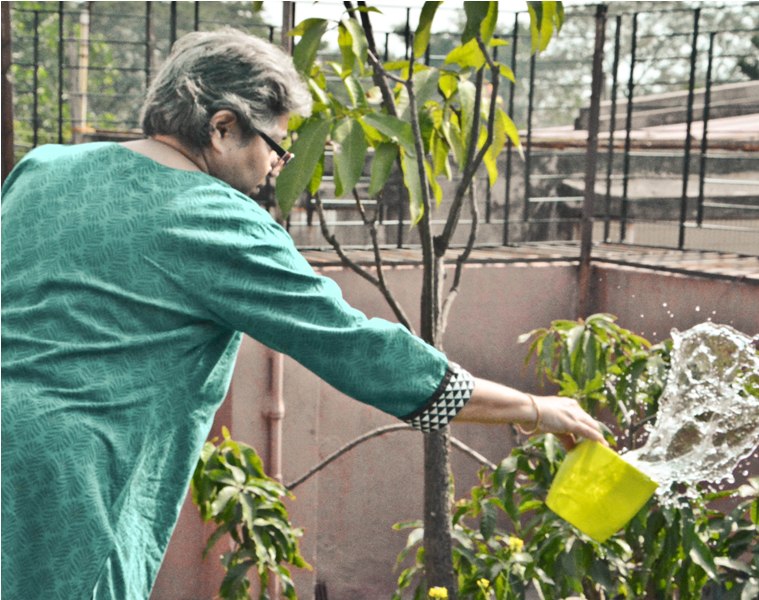 One thing people don’t realize, despite talking about it, is the need for community based action as well; specifically composting in this case, because individually people won’t do it. They need an incentive, even at the grassroots level.

The actual process of composting doesn’t take more than 10-20 minutes of your time. Even if people are living in small homes, they can compost, without any hassle, smell or any other problem. It is not impossible to do at all, provided you start thinking about it. And in India, I find that just thinking or creating awareness doesn’t work unless people are forced to do by means of law and order.

So how can the government implementsustainable development on a larger scale?

Essentially, the municipality here has to take action. The lands they own could be turned into recycling units. The rag pickers who are segregating waste in an unorganized manner could be organized, which would make waste more recyclable. It would also pose a lesser health hazard for them because we throw glass, paper, kitchen waste, liquid waste, everything in one place so they get hurt and their well-being is jeopardized when they are segregating. 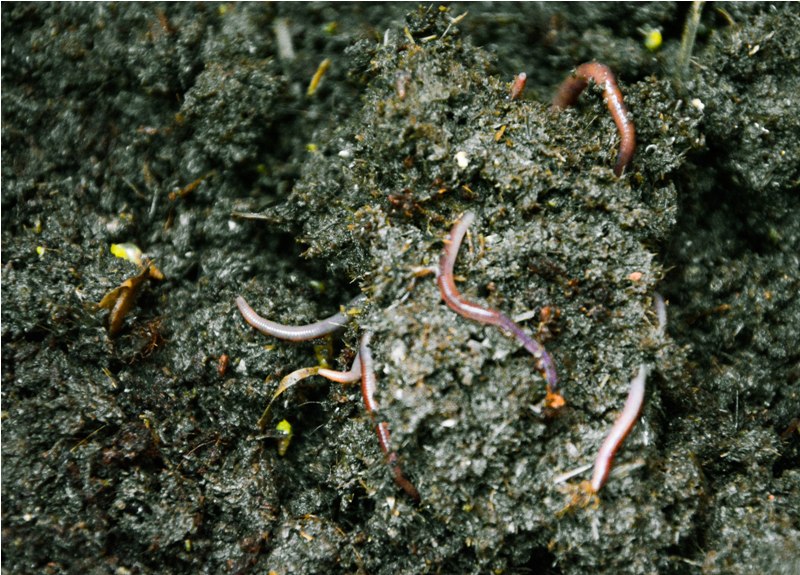 There are other organizations that are working with other aspects of environment protection as well. If all these organizations come together as a combined force for one cause and work with the municipal corporations, then it could create greater awareness, make our voices be heard louder.

The idea of sustainable development is inextricably linked with the war against plastic, since it is common knowledge how much damage plastic causes to the environment, whether it is our air or our oceans. Lata Bhatia talks passionately about her zero-waste journey, so that nothing ends up in the landfills, and all the waste produced from her household is either recycled or turned into compost.

However, practically speaking, it is also true that one cannot live without plastic. Plastic is present in all of our lives, and in every form, so is zero-waste an unfeasible ideal? Or is there an actual possibility in the future that we can survive without plastic? Here is her opinion on the matter: 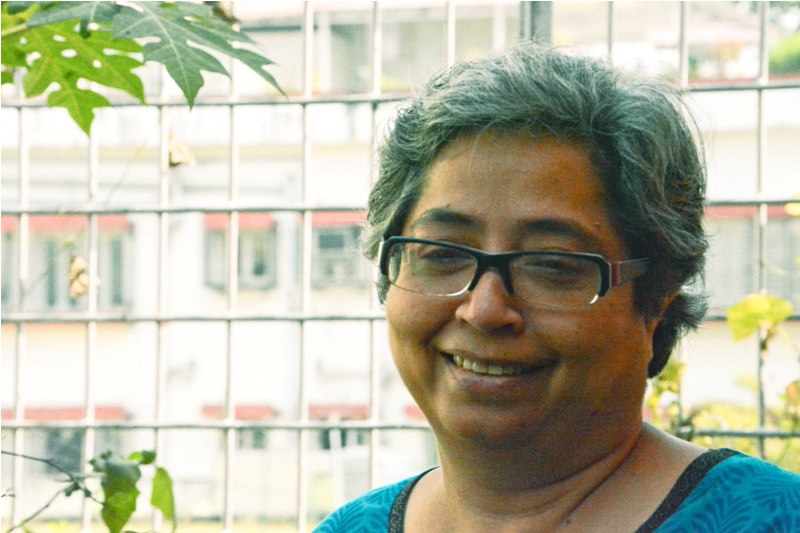 You see, there was life before plastic. Plastic is definitely a product which is very convenient because it is water resistant, resistant to oil, lasts longer, doesn’t break, and it is very cheap, which is the keyword here. So what is happening is it is difficult to give up plastic completely, but there is a great possibility of reducing it by leaps and bounds.

I am on a zero-waste journey, which is a long journey that has just started. So, the first thing I’ve done is I have stopped using all kinds of disposables like water bottles, plastic sheets, thermocol cutlery, straws, plastic bags, etc. I have not been able to give up all plastic, but that is definitely going to happen someday. Another thing I am consciously doing is that I am not buying new plastic into my house.

Zero waste doesn’t mean throwing everything away. It means use it till the end of its life, and then send it for recycling. You buy less, you consume less. As humans we have become very greedy; we are constantly wanting things and buying things. 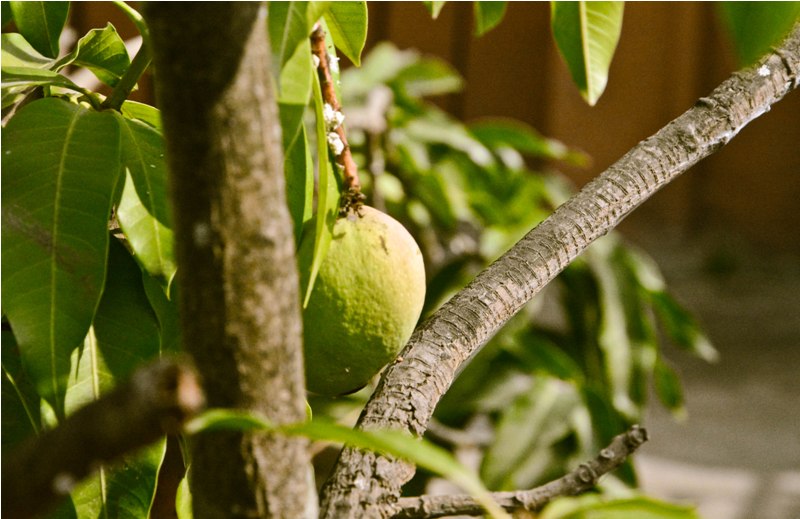 The key is to discard in a responsible way. Not just dump everything in landfills, but utilize it till its life is really over. Our greed has to be curtailed. We need to buy wisely and consciously. This zero waste journey has made me realize that for the first 50 years of our lives we buy things, and the next 50 we spend discarding things (laughs).

Suggested read: “My Role Models Are The Children I Work With”: #NLTTalks With Dr. Priya Virmani, The Entrepreneur Behind Paint Our World

While talking about her zero-waste journey, we wandered into her terrace, which I can only describe as the perfect urban garden. Despite being on the fourth floor, every surface is overflowing with pots with plants, and to my surprise, there are quite a number of vegetables growing in this tiny space.

I later find out that these are the products of the compost that she generates, by managing the biodegradable waste that comes out of her kitchen. The vegetables are big, fresh, and according to Mrs. Bhatia, “they taste completely different, and make you feel better immediately.”

I was curious to know more about her vegetable garden, and this is what she had to say:

I have been gardening for many years. Earlier I just had a few fruit trees, but since composting, I began a sustainable lifestyle where I grow my own vegetables, and now I have a complete fruit and vegetable garden. I have a dream that every terrace of Calcutta will be green. The use of pesticides and fertilizers has ruined our ecosystem. That is why, there are so many health problems because what we are eating is poison. 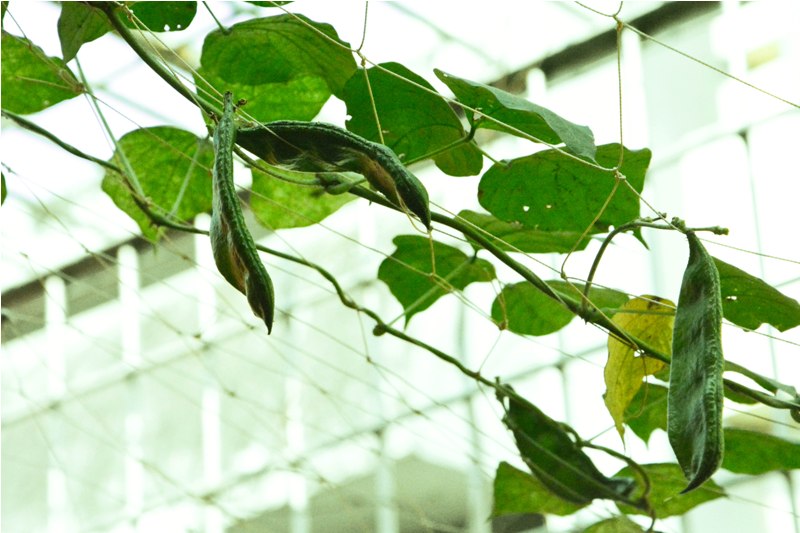 Her efforts, however, aren’t limited to her own house, her own lifestyle and her garden. She founded Green Legion in May 2016, which is an environmental organization here in Kolkata, actively educating the people of the city, especially the students, about the need to take care of the environment.

But students in India are required to study Environmental Education as part of their syllabus as it is. When asked about the work of Green Legion, and the effectiveness of teaching students about composting and other aspects of sustainable development, Mrs. Bhatia said,

The problem with our syllabus as a whole is that we don’t relate it with practical life. We forget about it once we step out of the classroom. If we relate everything to life in general, children would understand much better. The workshops that Green Legion conducts are a hands-on experience and these workshops could be incorporated into the syllabus as well. Children can grow their own veggies, and compost the waste generated by their schools, the possibilities are endless.

We have visited several schools in the city, spoken to children about why they should go in for sustainable living, and stop using disposables and start reusing and recycling. We have got a very good response, especially from kids. We have also held several workshops, where local children and women made bags out of old clothes. It is important to show that upcycled products can also be marketable, which is what a wonderful website called rimagined.com is doing.

We have been invited to Rotary clubs and by college alumni, where we go and share out thoughts with the people. We have been invited by several institutions to do their composting for them, which got us thinking about the next stage of our journey, where we start providing environmental services, such as this. 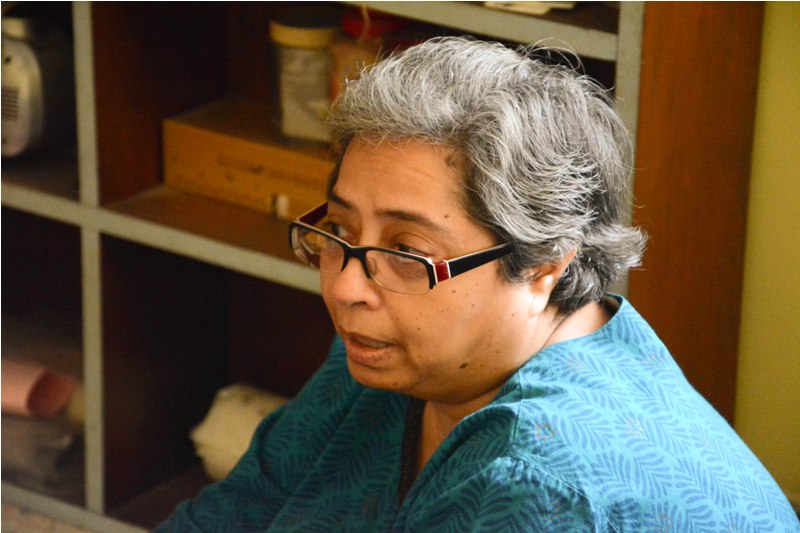 Suggested read: “Being different means you’re brave enough to be yourself,” #NLTTalks With Shraddha Mandale

The lessons we learnt from this interaction extended much beyond that of the environment. Of course, we were inspired by her dedication to the cause, and enlightened about several aspects of sustainable development, things that we can implement in daily life in order to make the world a better place for the people we leave it behind for; however, what was even more inspiring was the passion and enthusiasm with which Mrs. Bhatia has launched a movement to save the world, one bin of compost at a time.

Article Name
#NLTTalks with Lata Bhatia: “I have a dream that every terrace of Calcutta will be green”
Author
Aishani Laha
Description
In a world that is plagued with climate change and global warming, NLT spoke with Lata Bhatia, a crusader trying to save the world, a compost bin at a time.