A POWerful Art Event, Agapi 2, Takes Calcutta By A Storm Of Compassion

On 17th March, 2018, Paint our World (POW) and ITC Sonar presented “Agapi-2”, an art exhibition aimed at emboldening children who have been victims of trauma and child sexual abuse. I chatted with Dr. Priya Virmani, the founder of POW, this week (the day Agapi 2 completed 4 months!), and she told me about the art event that was held last month in Calcutta. 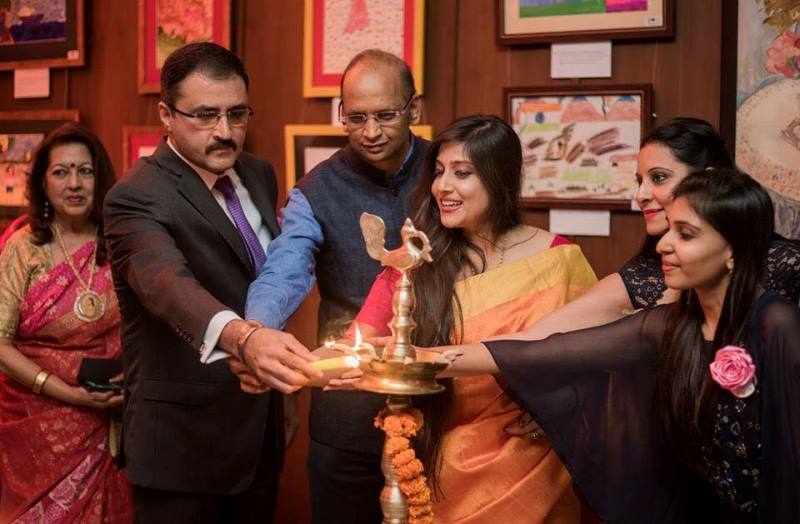 Suggested read: Child Sexual Abuse: How To Protect Your Children

Agapi-2 is the second edition of this endeavor, the first being Agapi-1, which was staged in 2016. Agapi, Priya tells me, is a Greek word meaning “universal love”, and the art exhibition which was a beautiful event of art, dance, poetry and celebration, I think couldn’t have been better titled. 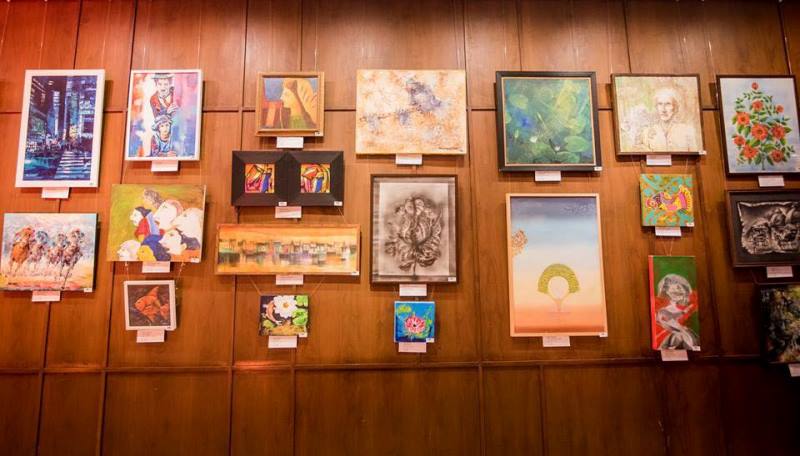 For Agapi-2, an all women entrepreneurs’ team (which included personalities like Bridgette Jones and Vibha Kejriwal) joined hands to make this spectacular event happen. 6 Art Galleries in the city collaborated and more than a 100 artists (local, national and international) came together to exhibit their works along with that of the children of Paint Our World. All artists donated their artwork 100% for charity and renowned artists like Manoj Mitra created masterpieces especially for Agapi2. The exhibition was put together with lots of love and zero monetary cost, which made it extremely special. 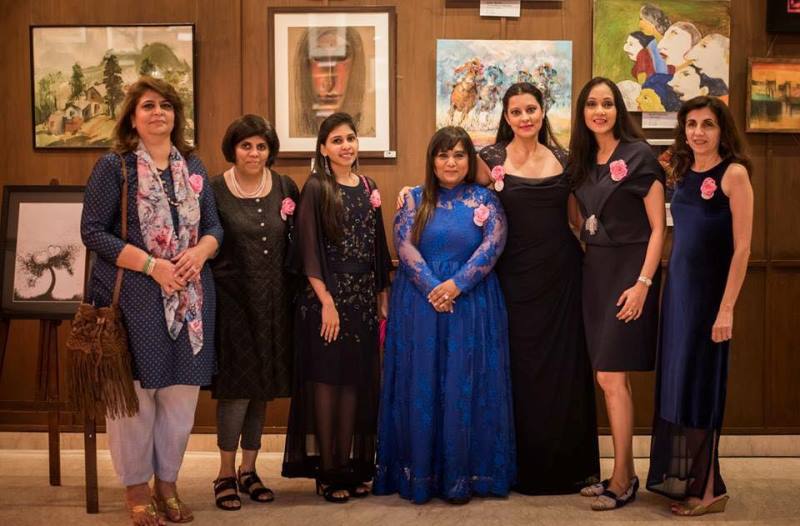 POW is India’s first ever charitable trust that uses creative and innovative methods and therapies to inspire underprivileged children and build feelings of trust and love in them. It uses art-, dance-, and music-based activities that are designed by experts in active therapy to stimulate the minds of these kids. Through the efforts of Priya and her team at POW, these children have gained a sense of balance, which reinstates our faith in the fact that with the right inputs and a nudge in the right direction, these children, who have otherwise had very dark lives, can be bolstered to be the leaders of tomorrow.

POW’s curriculum is designed by India’s leading child psychologists and experts. Their activity therapies, in subtly therapeutic and imaginative ways, teach the children safety, trust, care and the like. As they have measured, this mitigates the emotional stress commonly found in the lives of the children and in doing so, translates into better self-esteem and focus, facilitating the development of key skills, enabling the children for the school curriculum. The workshops also become a space for children; a space that’s associated with security and fun, which is essentially what childhoods ought to be about. 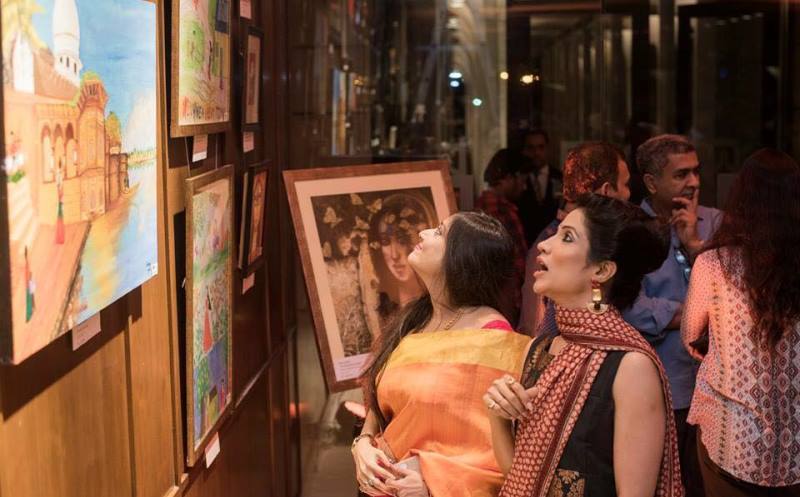 With the special events and outings POW organizes, they give the children unforgettable experiences. The idea is to invest in them, in ways that parents do in their children. It is often the best and the worst times from our childhoods that stand out, and therefore, POW’s aim is to give the children some of the best times. Special experiences have included cinema trips, rock climbing, birthday parties, days out to parks, fun fairs, and even a cruise party. 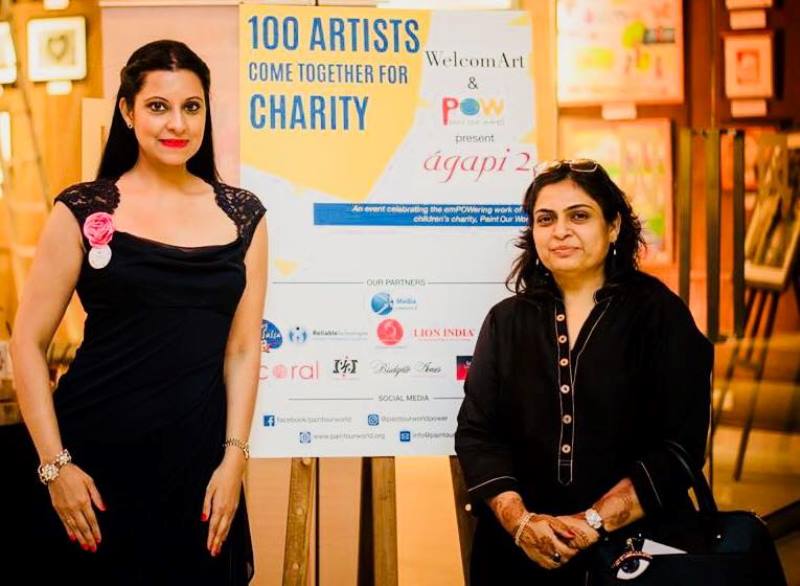 Dr. Virmani, is a professor, a political and economic analyst, and an international speaker. Despite such a hectic schedule she has been running POW so efficiently and with so much love. Speaking about she says, “I’m still learning more effective ways of time management. Sometimes I do feel I need a 48-hour day, and on such days, I use a very effective analogy to help me put things into perspective. It uses the metaphor of a jar and pebbles, coffee beans and sand, which are symbolic of the different demands on our time – the pebbles being our most important tasks followed by the coffee beans and sand. If you insert the three things in the jar, in that order, you are likely to fit them all in, easily, but do it any other way and you will struggle. This analogy helps me with prioritizing, which is key to time management.”

Suggested read: “My Role Models Are The Children I Work With”: #NLTTalks With Dr. Priya Virmani, The Entrepreneur Behind Paint Our World

Here’s wishing Dr. Priya Virmani and POW all the best in their efforts to give the children that society has failed, a life that they deserve. We hope the light of Agapi shines bright always and illuminates the lives of these children.