#InternationalYogaDay History Of Yoga, Its Origins, And Development Explained

Yoga or Yog means union. It constitutes a collection of physical, mental as well as spiritual practices that help one live a healthy and long life. The discipline originated in ancient India, and is considered a gift to the world from India. Recognizing this and the benefits yoga has brought the world, the 21st of June has been regarded as International Yoga Day. This makes knowing the history of yoga even more essential. 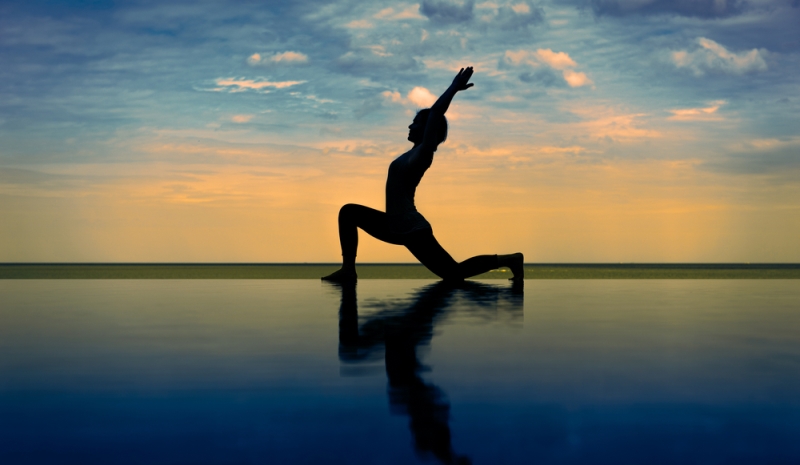 There are only speculations regarding the origins of yoga, and according to them, the practice extends to pre-Vedic Indian traditions. Though the practice of yoga has been mentioned in the Rigveda, it is believed that the discipline developed sometime around the fifth century BCE.

The philosophy and practice of yoga were introduced to the west, during the late 19th century, following the popularity of Swami Vivekananda. By the 1980s the physical exercises of Yoga became very popular in the western world.

But yoga is not only a system of physical exercise. In the Indian tradition, yoga is a philosophy, a meditative and spiritual core. Yoga is also one of the 6 orthodox Hinduism schools. As a school of thought, it has its own epistemology as well as its metaphysics. It is associated closely with the Hindu Samkhya philosophy.

According to a number of studies that have been conducted around the world. Yoga effectively intervenes to cure diseases like asthma, illnesses associated with the heart, schizophrenia, and cancer. Yoga also reduces the risk factors of many life-threatening diseases and also enhances the psychological healing process. The UNESCO on the 1st of December, 2016, listed yoga as its intangible cultural heritage.

What is hatha yoga? 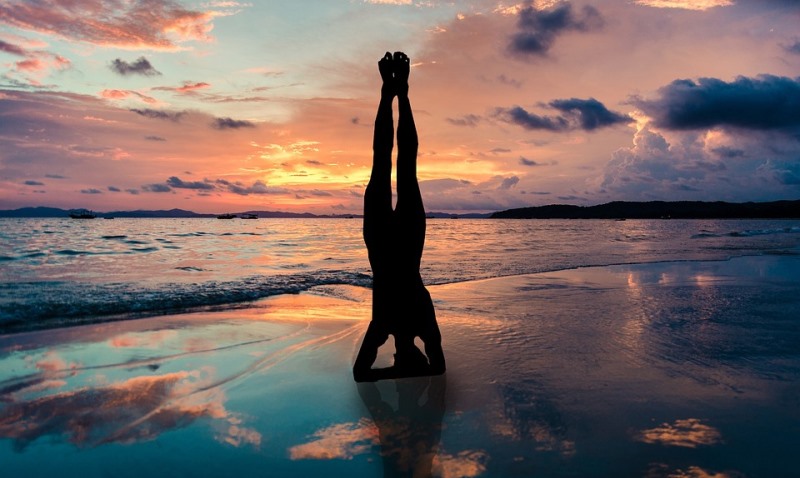 Yoga has many branches. One such branch that deals with physical exercises and emphasizes these exercises to aid the mind to withdraw from material things, is Hatha yoga. In Sanskrit, hatha means force. The early Indians who were privy to the knowledge of yoga knew how challenging the practice was, but how if one continued with the techniques, the results were “forced” to happen. Thus, the name hatha yoga. 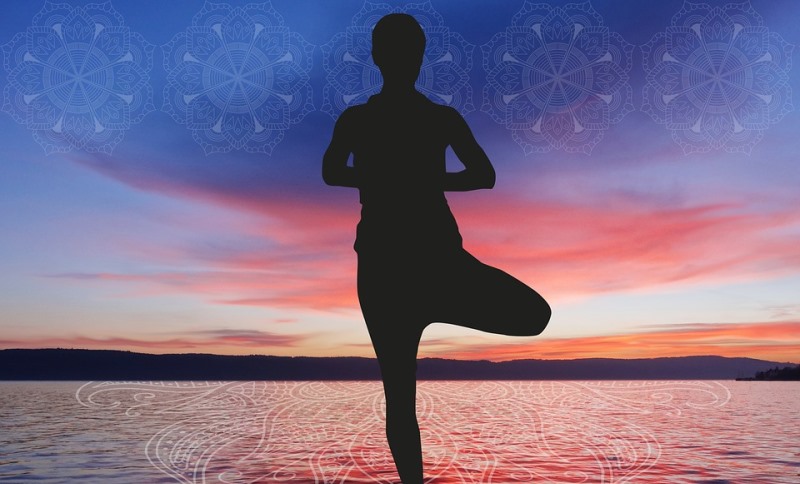 Hath yoga developed as a broad movement, one that was available to each and every one who wanted to practice it. Many innovations were then made in hath yoga, and those a majority of those innovations are credited to the Dashanami Sampradaya.

The emphasis of hath yoga, apart from physical exercise, is on proper diet, proper breathing during the exercises and asanas or proper body postures.

Surya Namaskar or Sun salutations are an integral part of hath yoga and should be performed as a graceful movement sequence.

The objective of performing hath yoga regularly and religiously id to achieve physical siddhi or physical prowess such as a slowed down aging process. Some sections also believe that hath yoga helps one attain moksha or liberation.

In the early 1900s, hath yoga gained popularity because of its system of physical exercises which promoted relaxation, body flexibility, concentration, and strength building. Hath yoga was then just called “yoga”.

Suggested read: Meant For You? Discover Your Yoga Style, Here

Yoga in the modern era 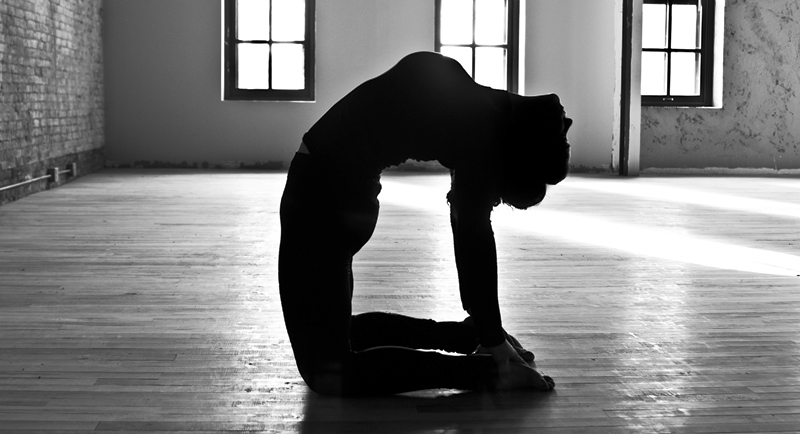 Let us now discuss the history of yoga in the modern era. Hath yoga, as we previously stated, has been a movement that has tried to embrace all Indian traditions. It has always been open to anyone who wants to practice it. Regardless of sex, caste, creed, color or religion, hath yoga offers its benefits to every single person who is willing to engage in it.

There are number of texts that openly state that the practice of hath yoga leads to success.

Mallinson suggests that hath yoga democratized yoga by eradicating the need for “either ascetic renunciation or priestly intermediaries, ritual paraphernalia and sectarian initiations”.

As a result, yoga became very popular among the masses in the late 20th century India. Since hath yoga was not affiliated to a particular religion or caste, it spread across the world like wildfire.

This was not the same during the 17th, 18th and early 19th century. During those years, yogis were viewed with scorn by urban Hindu and Muslim elites. During Aurangzeb’s rule, people who promoted hath yoga were beheaded. Nonetheless, yoga was always a popular practice in rural India. According to Mallinson, hath yoga practice was a form of training that militant resistance groups were given to fight ruling officials. As a result, the negative idea about hath yoga and hath yogis continued during the British rule as well.

Mark Singleton suggests that Swami Vivekananda was motivated by this historical negativity towards hath yoga, and so, sought to make an emphatic division between “merely physical exercises of Hatha yoga” and the “higher spiritual path of Raja yoga”.

Spread of modern yoga in the West 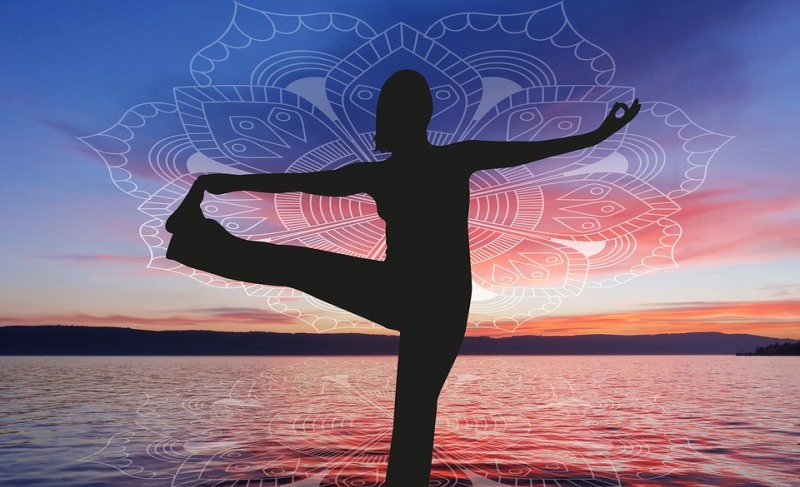 Modern yoga that is taught in the West was influenced greatly by Tirumalai Krishnamacharya. The guru taught yoga from 1924 to 1989. His students took the baton from him after his death and popularized yoga all over the world. The most prominent of his students are K. Pattabhi Jois who spread the dynamic Ashtanga Vinyasa Yoga, and B.K.S. Iyengar who promoted the use of props in yoga. Yoga soon became popular in both developing and developed nations of the world.

The practice of hatha yoga

Hath yoga involves both behavioral elements and elements of practice. According to the texts of hath yoga, a person who practices yoga need to possess/develop certain qualities. The Hatha Yoga Pradipika in its section 1.16 states that a yogi needs to have characteristics such as utsaha or enthusiasm, sahasa or courage, dhairya or patience, jnana tattya or the true essence of knowledge, nishcaya or determination, and tyaga or renunciation. These qualities make one a true yogi. 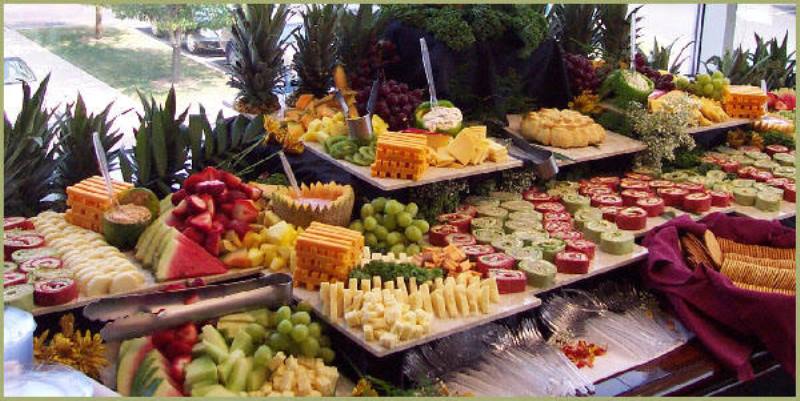 The texts of hath yoga greatly emphasize mitahara or measured diet. It promotes eating in moderation. The Hatha Yoga Pradipika in its sections discusses the necessity of a proper diet, a diet that provides the body a balanced nutrition. Only when you eat a balanced diet can you get the benefit of hath yoga practices.

According to the Gheranda Samhita, eating is a devotional act, an act to the body which is a temple. It is act that expresses gratitude and affection for the gods.

The Hatha Yoga Pradipika proposes that one’s eating habits should not be guided by one’s cravings. Instead one should rely on food that it nutritious and tasty and provides all the needs of one’s body as well as inner self.

The Gorakshasataka, another classic text of hath yoga, says that a controlled and moderate diet is one of the most important parts of hath yoga. According to Mallinson, this text suggests that one’s “food should be unctuous and sweet.” Also, one should not overeat. You need to stop eating a meal while you are still a little hungry.

Another very important element of hath yoga is proper breathing or Pranayama. According to the major texts of hath yoga, pranayama is a practice of consciously breathing. It also combines certain focused muscle workouts. Pranayama is something you need to follow even during asanas if you want to achieve the complete benefit that those asanas have to offer.

Suggested read: 8 Anti-aging Facial Yoga Poses That Will Take Years Off Your Age

The impact hath yoga has on one’s physical as well as mental health has been discussed widely as a part of certain systematic studies. According to many scholars, practicing the postures coupled with proper breathing can yield amazing health benefits.

Yoga focuses not only on physical movements, but on breathing which helps improve concentration and mindfulness. People who practice yoga regularly have reported better sleep, improved muscle tone, increase in energy levels, relief from stiffness, better circulation of body, reduced susceptibility to diseases and enhanced general health. The breathing practices of yoga even improve one’s blood pressure and sugar levels.

“A May 2015 study published in the Frontiers in Human Neuroscience uses magnetic resonance imaging (MRI) of the brain to show that yoga protects the brain from the decline in gray matter brain volume as we age. People with more yoga experience had brain volumes typical for much younger people. In other words, yoga could protect your brain from shrinking as you get older.”

21st Jun, 2017 is the third International Yoga Day, and we hope after reading the history of yoga and how it has benefited people for centuries (and continues to benefit), you will be encouraged to be a part of the Yoga family. If you are someone who practices yoga regularly and has benefited from it, do share your experiences with us in the comment section. You can also contribute your stories to page.

To receive these posts that promote health and well-being, in your inbox, sign up for our daily newsletter today. See you soon!

Article Name
#InternationalYogaDay History Of Yoga, Its Origins, And Development Explained
Author
Riya Roy
Description
Recognizing Yoga& its benefits the world has started celebrating the 21st of June as International Yoga Day. This makes knowing the history of yoga even more essential.