One of the worst things you could do is make your partner feel threatened because of your anger issues. So many couples divorce or breakup because one or both cannot reign in their anger, and despite there being a lot of genuine love and affection between two people, relationships just tend to fall apart, no matter how hard they try. It is important to understand how to control anger and frustration in a relationship, so that you can thrive in a healthy, mutually giving and loving relationship. 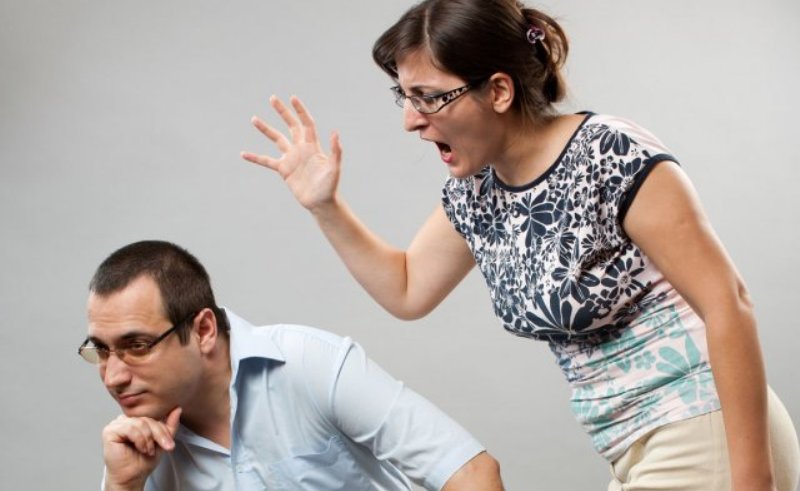 Don’t get me wrong; a relationship entails a lot of trials and tribulations. Every single couple, no matter how perfect they appear, have to deal with their own share of problems which have to be dealt with, with patience and understanding on the part of the both people involved. There might be circumstances where it becomes difficult to keep your cool and proceed with rationality and patience. When one is angry, they say things they don’t mean and consequently hurt their partners, sometimes emotionally, and in extreme cases, physically.

Suggested read: Anger Management Tips And Hacks To Help You Calm Down Immediately

It is very important to understand the true nature of anger that one feels in a relationship before reacting or coming to conclusions. Anger can be a product of one heated moment, but it can also be due to prolonged resentment which leads to a growing sense of anger with a final breaking point. Either way, the outcome is more often than not, a huge fallout between two people who say and do impulsive things which make them both feel bad. If you want to know how to control anger and frustration in a relationship in order for a healthy and mutually satisfying experience, then you can check out some of the tips below.

Controlling yourself when you are angry and frustrated

The first scenario is where you yourself get angry. Whether you admit it or not, people tend to take their partners for granted, and often vent the frustration they have with other things or people on their partners. This is one form of anger that you might feel and express towards your partner. You might also have a growing sense of resentment towards them, for example, if you have asked them to do something repeatedly and they haven’t gotten around to doing it for months, then it is actually normal for you to lose your temper.

However, there is no situation where losing your cool and screaming and venting your anger is rough and violent ways has a positive outcome, so no matter what kind of anger you are feeling, you have to find out ways in which you can control it, manage it, and find alternative ways for dealing with the situation.

1. Shift the focus on yourself instead of blaming your partner

One common trope of getting angry with someone you love, is putting the blame on them for everything. Irrespective of whose fault it is, try talking about yourself when you are angry. This will minimize the chances of you saying something hurtful of offensive to the other person, even when you are very angry.

For example, instead of saying, “I told you to fill out the form last month, but you never listen,” you could say, “Filling out the form was important to me and I would have felt very much at ease if it was done.”

2. Try to listen to what they have to say 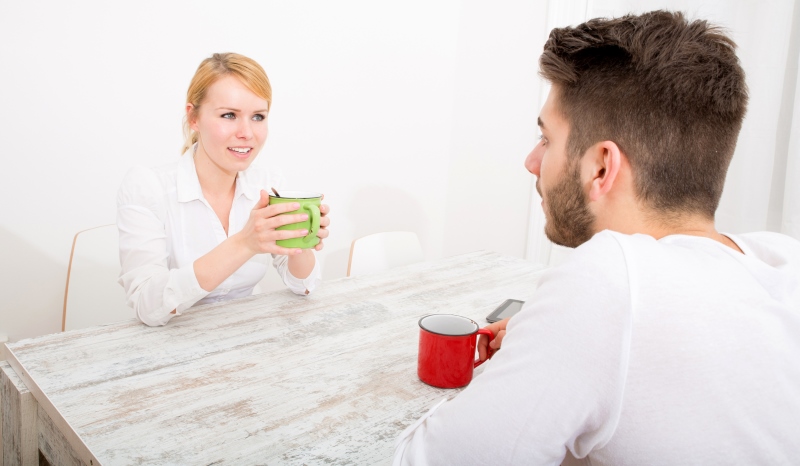 It is very difficult to give space to the other person to talk and express themselves when you are angry. Whatever they say, might seem absurd or counter-productive or aggressive. That may not always be the case. Even when you are angry, you have to practice active listening where you give your partner the space to talk and express how they feel about the situation. Take a few seconds to repeat to yourself what they said and make sense of it before you start getting angry again.

This gives you time to calm down and have a proper discussion, without your partner getting angry as well.

Anger doesn’t come without you knowing that you are getting angry. Whenever you feel yourself getting angry, count to ten in your head before you say anything. Taking deep breaths also helps. This will help you organize your thoughts, prepare what you want to say and do it eloquently, without anger taking precedence over the issue. 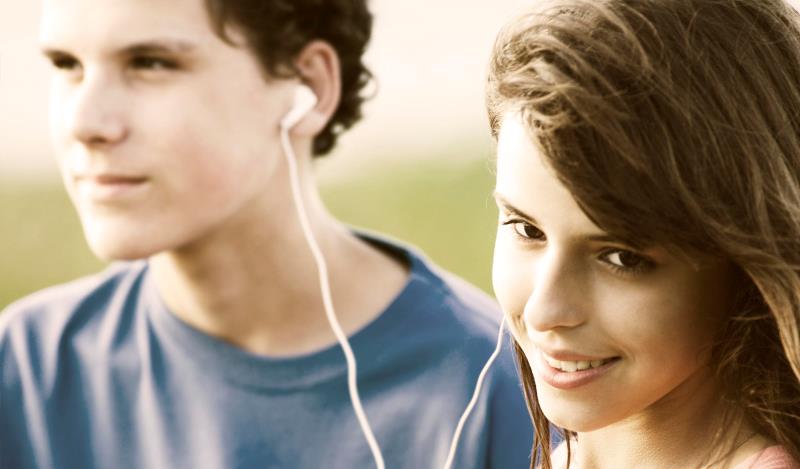 Compromise is a very important and highly underrated part of a relationship. If you don’t compromise with your partner and meet halfway, then anger and resentment could lead to heartbreak, misunderstandings, change is status quo and even abuse. Do not let your anger get in the way of what you actually feel for the people you love.

When you feel like there are issues that need to be discussed, remove yourself from private and personal spaces and meet somewhere outside, somewhere neutral, where you know that neither of you can have outbursts. Talking things out with patience and empathy is also easier when you have removed yourself from volatile places.

This might seem strange, but being physically close to your partner helps you calm down immensely. Having sex often, kissing, cuddling, spooning, all of these are expressions of affection which help you partner feel loved and wanted. Therefore, when you engage in a fight, and even if one of you gets angry, then you don’t feel as disconnected or distant from them as you would feel.

6. Understand what makes you angry 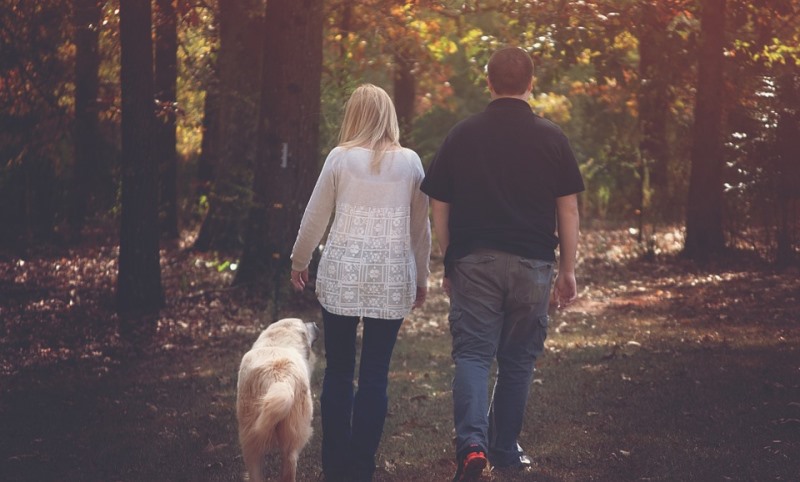 Self awareness can go a long way in preventing large, serious outbreaks, with even more serious outcomes. If you recognize that you have an anger problem, then you are halfway to solving it, and ensuring that you are in a healthy relationship.

Jot down the things that make you angry and try to prevent those things from getting to, should the occasion arise.

Dealing with an angry or frustrated partner

Anger and frustration in a relationship is not always one-sided. In fact, it is never one-sided. Both people get angry, and dealing with an angry, frustrated and resentful partner is as important as controlling your anger yourself. Here are a few tips that you can use when you have an angry partner.

The first thing you need to do when your partner is stressed, angry or frustrated, is tell them that you understand what they are feeling. The moment you acknowledge their distress, they don’t feel the need to demonstrate it in violent ways, like banging furniture, or screaming, or throwing things, in order to show that they are angry.

Leaving them alone, or waiting for them to calm down themselves, or ignoring them is absolutely the worst possible thing to do, which is why you need to take control of the situation immediately.

2. Understand what they are trying to say

If your partner is angry, it is because they have something to say, something that they have been trying to get across to you, but without success. To channelize this anger in a healthy, non-violent direction, you have to try to understand what the source of their anger is. Instead of losing your cool at the fact that your partner is angry, try to hear them out, and repeat the things they say.

For example, if they are accusing you of something, it is natural for you to get offended or feel hurt, or accuse them back of something else. Instead, you can ask them, “What you mean when you say this is….” And then continue to understand what they have in mind.

3. Try to be compassionate or empathetic

When people get into relationships, they tend to start taking each other for granted. They forget to practice simple emotions like compassion and empathy. Most of the time, anger from one person in a relationship is sourced from much more serious underlying problems. However, people don’t have the patience or empathy to understand this, which is why they shout back and get angry in return. This leads to an endless and fruitless back and forth fight which ends in disaster.

Suggested read: 10 Relationship Exercises To Save You A Trip To A Couples’ Therapist

Try to understand why your partner is getting angry, and even if what they are saying isn’t making sense (most of the time it won’t), try to empathize with them, apologize, to them even when you know you did nothing wrong, and choose the better way out.

After all, it is about picking the right battles. Small fights and small disagreements can accumulate and lead to something bigger and more serious, which could jeopardize something seriously good that you have going on in your life. It is imperative that you don’t let anger get in the way of your relationship, because most of the time, people don’t even mean what they say when they are angry. Learning how to control anger and frustration in a relationship is also not only important for you, but also for the other person, so that you know how to handle each other at your worst, without everything falling apart.