Monica Lynn, 25, Travels The World For Free… Here’s How…

Online dating is not for everyone. It’s like picking your way through a minefield occasionally dotted with flowers. But is the occasional flower worth dodging the mines? Monica Lynn, 25, of Alabama, says yes.

Monica Lynn was working as a financial advisor in wealth management company Merrill Lynch till about December 2014. And before January last year, she hadn’t set foot outside US. However, in the past year, she has visited nine different countries, including Italy, Barbados, and the Philippines, while indulging in shopping sprees in Hong Kong to camel rides in Dubai – all courtesy of men she met online. 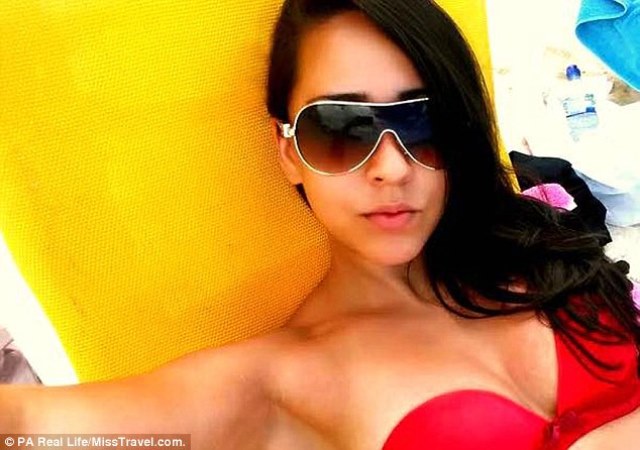 How, you wonder? Courtesy, MissTravel.com. If you recall, MissTravel is a site which connects wealthy men (and a relatively small percentage of women too) with women who’d like to travel by accompanying these men on exotic holidays. When she discovered the site, she quit her nine-to-five grind to see the world, being sponsored by men she met through the site. Her adventure began in January, and she estimates that her lavish holidays would have taken a decade of saving if she’d had to fund it herself.

“I came across MissTravel in an article about weird websites. I thought, ‘Yes, that sounds weird – but also kind of cool.’ This website attracts very successful men who don’t have time to date in the normal way, so this allows them to accelerate the whole thing. They’re going on trips anyway, and they can afford to search through profiles and afford to bring one they like with them.” 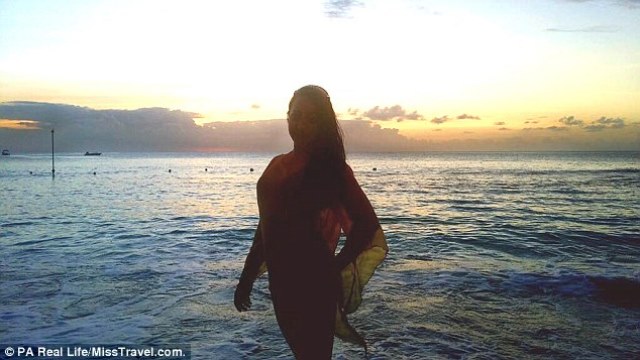 On a beach in Barbados in February 2015

Admitting that she had her doubts about the site initially, she said,

“Initially, I thought, ‘Is this legitimate? Is this a thing?’ But I signed up anyway, started chatting to a few guys, and really got into the idea.” 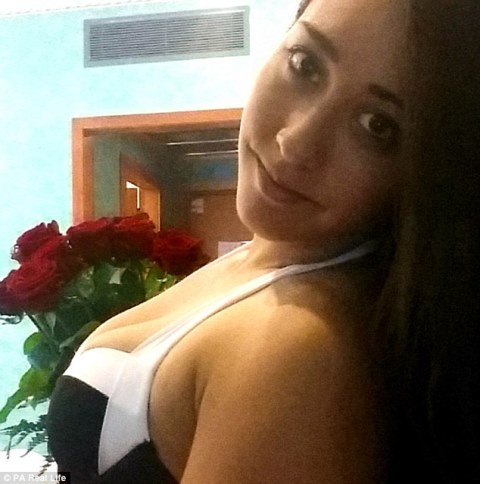 Reiterating the fact that it would have taken her upto a decade of working and saving to indulge in all the experiences she’s had this past year, Ms Lynn said,

“Without MissTravel, it would have taken me five to 10 years of working to do all things I’ve done in this year alone. Before I found this site, I’d never been outside the US and now my passport is starting to get full – it’s opened up the world to me.” 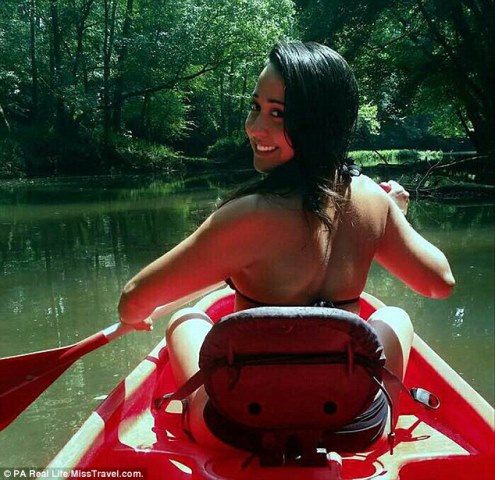 Kayaking in Mexico in April 2015

Ms Lynn shares that she first began chatting with a 31-year-old managing director through the site. After messages whizzed past back and forth, he asked her if she’d like to join him on a holiday. She said yes, and in February 2015, she was whisked off to Barbados for a week. The 31-year-old man, her date, paid for all of Lynn’s expenses, including flight charges, a stay at a five-star resort, and the cocktails both of them enjoyed on the beach. Plus, he also bought her some gifts, that include silver jewelry. 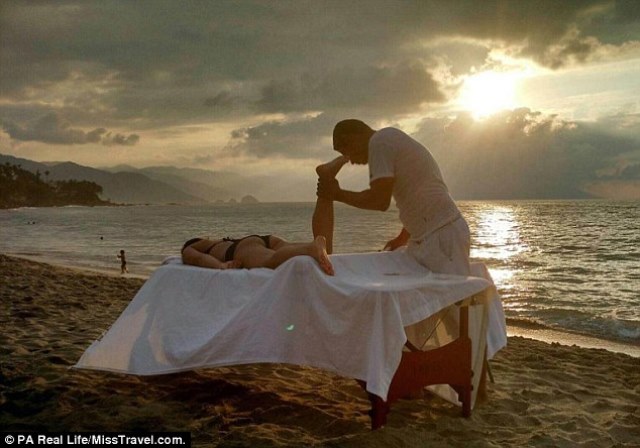 However, Monica was quick to stress that there was no expectation of them having sex. She said,

“That depends on the person and how you behave – it’s like any other dating website, it’s just there’s lots of traveling involved. Maybe some people will do that, we’re all human – but it wasn’t for me, not with that first guy.” 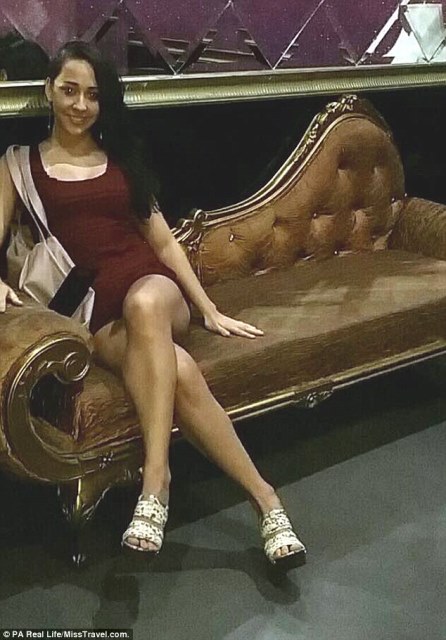 Further, she even explained that despite the date falling flat, there wasn’t any awkwardness between them. She said,

“It wasn’t awkward – it was just like a regular date which didn’t really sizzle, except you were on a Caribbean island. Sex was never mentioned. We had fun but there was no sexual connection. He was like a friend. We’re still in touch.”

So that Monica’s first date through MissTravel. Then she met another man, who took her to San Francisco. This time too, she enjoyed the trip, but didn’t exactly feel that spark with her date. However, lady luck seemed to smile on Monica the third time around. The two of them spoke via instant messaging, but the first time they saw each other in person was when she went to Italy with him. 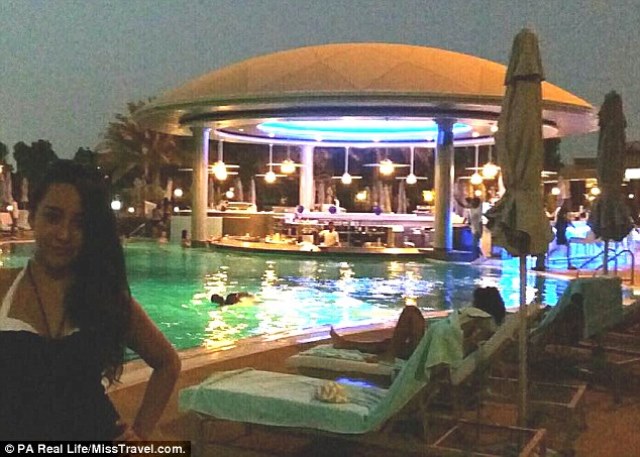 Of this third person, she said,

“He’s Italian, he’s 28, and really gorgeous. He runs several successful online businesses, and also works in import and export. We had a connection before we even met, and that continued.”

Since meeting the Italian businessman earlier in 2015, the duo has been on seven holidays together, including to the Philippines and Indonesia. Apparently, they’re committed to seeing this through, and so have both promised not to use the MissTravel site any more. 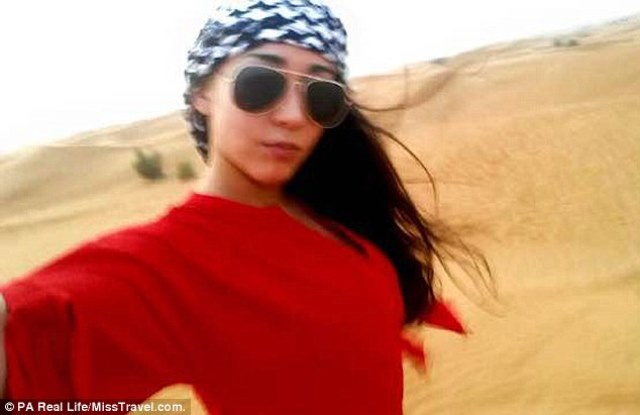 Desert safari in Dubai in August 2015

“After about six weeks, we decided to be exclusive to each other. My lifestyle hasn’t changed though. Any time he goes on a trip now he invites me. The way I see it, I found a guy I’m really serious about through online dating – with a lot of travel.”

Of course, Monica hopes they’re both in it for the long haul, but if the relationship doesn’t work out, she believes ‘normal dating’ has been ruined for her. 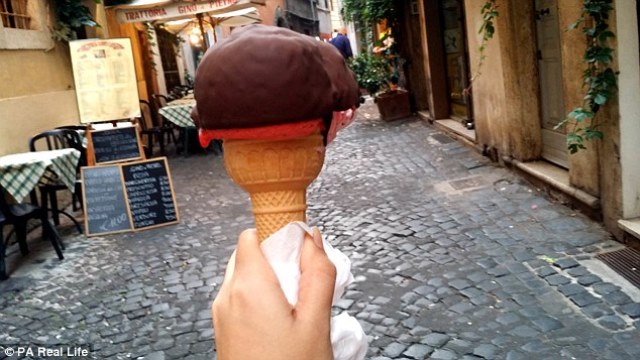 Explaining it, she said,

“Dating is dating, and there’s nothing wrong with a guy taking you to the cinema. But if I end up single again, I won’t be dating any other way. Traditional dates would just be too boring for me now.”

In conclusion, she explained how joining MissTravel has changed her life:

“Joining this website has been life-changing though. I’ve always been a spontaneous girl, especially with guys I’m dating, but the last 12 months have transformed a small-town girl, living in Alabama for 20 years, into a woman of the world.”

Well, that’s Monica Lynn’s foray into MissTravel website. She sure did have a lot of experiences this past year. We hope her relationship with her Italian businessman boyfriend works out. Good luck, Monica Lynn!