Want to save your religion? Have four kids!

Prime Minister Narendra Modi’s PR machinery seems to be constantly firefighting to keep the rabid Hindu right-wing in check. While the PM usually only emphasizes the development agenda in all his public appearances, many fringe right-wing outfits are playing a game of one-upmanship with each other to get into the spotlight. 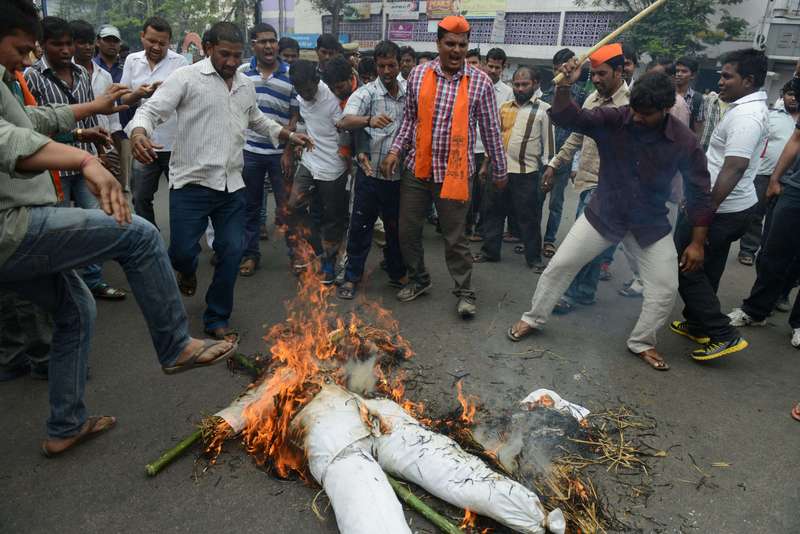 A few days ago it was the Bajrang Dal raked up a controversy by starting the ‘bahu laao, beti bachao‘ campaign. The irony cannot be missed – Lord Bajrang, who is also known as Lord Hanuman was a bachelor who devoted his life to Lord Ram and gave up all worldly pleasures including marriage. The supposed objective of the campaign was to prevent ‘innocent, gullible’ young Hindu girls from falling for Love Jihad and marrying Muslim men, with the implied patriarchal notion that these women had no brains of their own to make a decision on what is right for their life. They wanted Hindu men to graciously go ahead and marry Muslim and Christian women so that they can come into Hindu households and learn the rich cultural heritage of Hinduism. 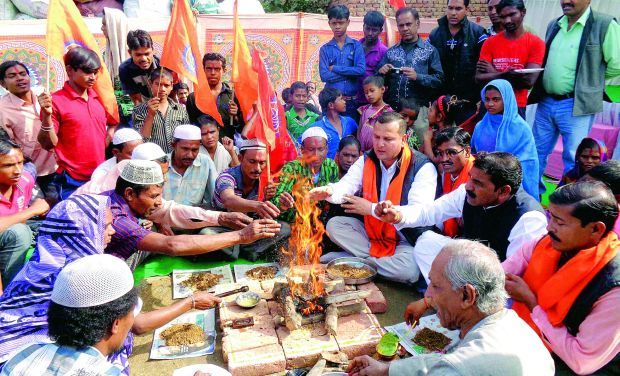 A photo of the ‘reconversion’ ceremony held in Agra on December 8, 2015

Then there was the ‘Dharam Jagaran Samiti‘ activist who went to the Muslim residents of the Vednagar slum of Agra and told the residents there to attend a havan in order to get ration cards and other amenities. At the end of the ceremony, the 250 attendees were told that they were now ‘Hindus’. This group operates under the assumption that all residents in India were at one time, Hindus and the subsequent historical events and invasions converted them to other religions. They consider it their mission to ‘reconvert’ all of these people to Hinduism.

What Sakshi Maharaj said at the Meerut rally

Now it is the turn of another obscure MP to advise Indian women on how many kids they need to have. Again, the irony cannot be missed – these are the same groups that have been encouraging, nay, screaming at the top of their lungs and convincing – that the Aamir Khan & Rajkumar Hirani movie ‘PK‘ has taken a very dim view of Hinduism. 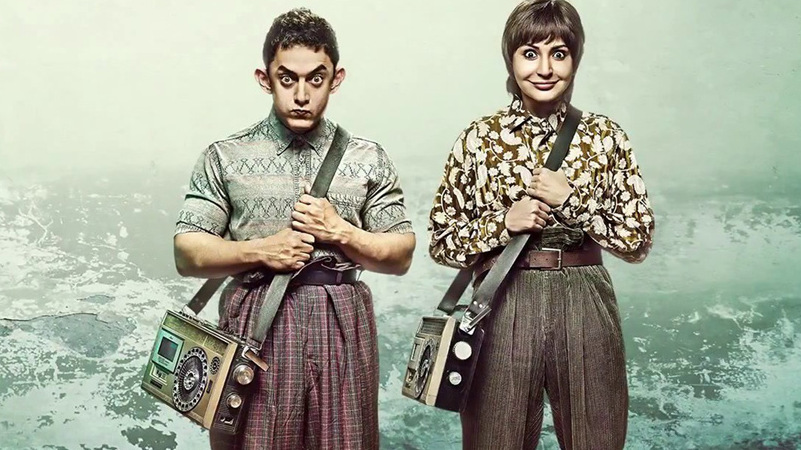 Sakshi Maharaj whose real name is Sachidananad Hari Sakshi, the Unnao MP was in Meerut to address a gathering on the occasion of Sant Samaagam Mahotsava. In an obvious reference to Islam, he said, “The concept of four wives and 40 children will not work in India and the time has come when a Hindu woman must produce at least four children in order to protect Hindu religion”. 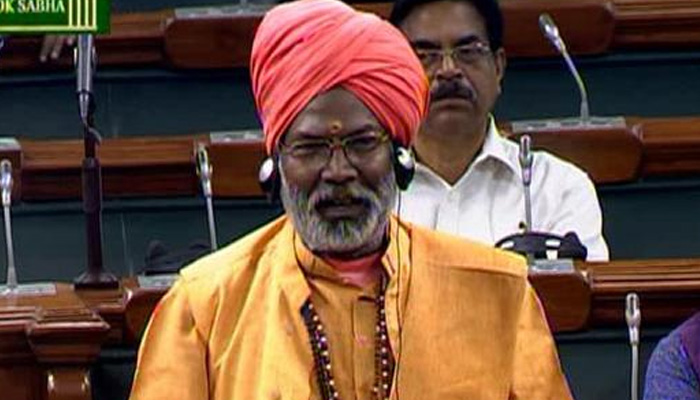 Who is Sakshi Maharaj?

This gentleman, who goes by the name of Sakshi Maharaj, has an exceptional track record. In April 2013, he along with his brothers was booked by the UP police for the murder of a former college Principal Sujata Verma. Verma was a former member of the district panchayat and erstwhile disciple of his.

Sakshi was also accused in the 1992 Babri masjid demolition and has also been expelled from the Rajya Sabha for misusing his constituency funds.

The icing on the cake is that he has spent time in prison on charges of rape and later acquitted for lack of evidence.

Quite obviously, he is the expert on advising women on the number of kids they need to have.

In his speech, he went on to thunder about conversion, temple building and the usual rhetoric.

The trouble begins when it stops being rhetoric. The Indian electorate has voted the current government with the current leadership to power on the back of the development promises. But if that is derailed by constant rabble rousing by these hard-liners, it can be a serious setback for the faith held in this government.

Don’t our MPs have better things to do and talk about than what people do inside their bedrooms? Tell us in the comments below!

Article Name
MP Sakshi Maharaj dictates how many children Hindu women should have
Author
Chaitanya Ramalingegowda
Description
Unnao MP Sakshi Maharaj advises Hindu women to have a specific number of kids to protect their religion. A new low for the hard-line right-wingers