If you thought the Harbhajan Singh – Geeta Basra wedding ceremony was the last of the festivities, you thought wrong, my friend. In fact, the couple’s reception ceremony held at Taj Palace in Delhi was more lavish than their wedding ceremony, if you can believe it. Yes, the event went off without a hitch, with more stars and celebs and cricketers in attendance to wish the happy couple on their nuptials. 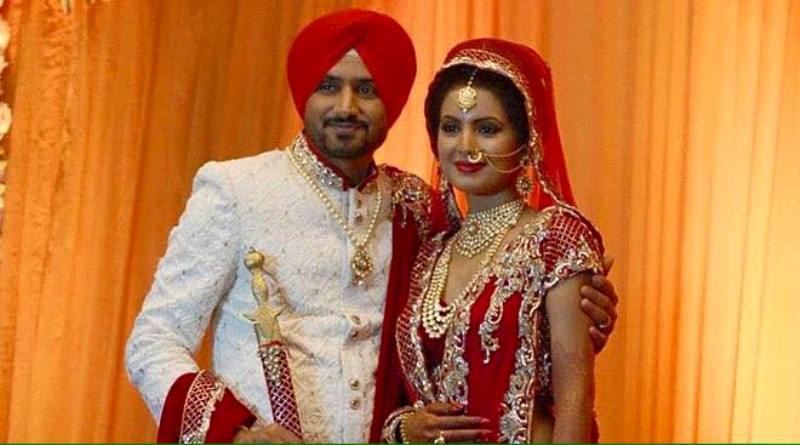 If you remember, Harbhajan had given his wedding invite to the Prime Minister Narendra Modi too. However, it wasn’t clear whether the PM could take some time out of his super busy schedule to attend the reception. But, PM Modi did grace the high-profile wedding reception and blessed the couple. 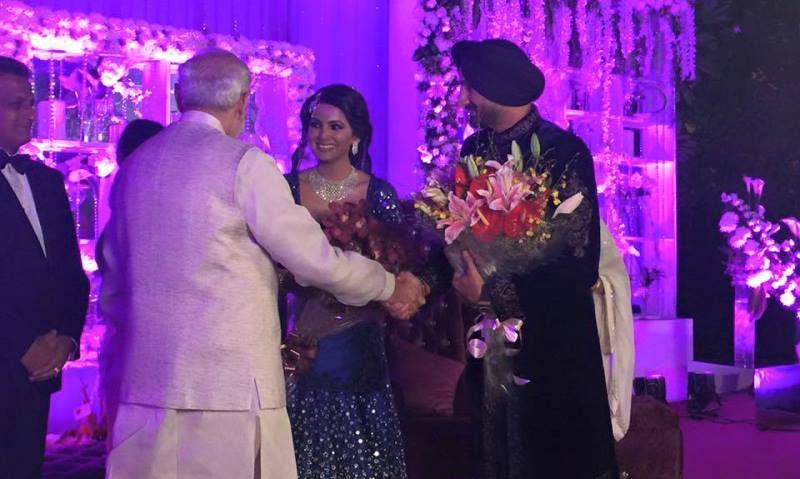 As can be expected, the venue and its surrounding ares were heavily secured for the PM’s visit. Though Modi arrived late for the ceremony, he blessed Bhajji and his new wife and then interacted with a few of the VIP guests, before taking his leave. 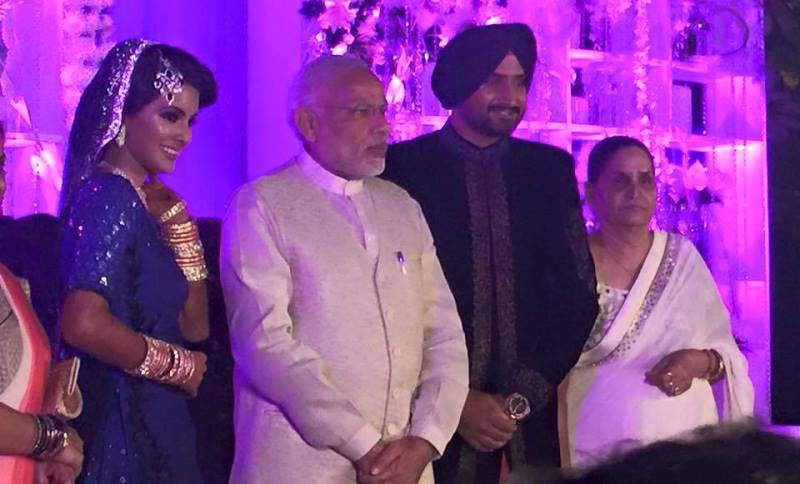 Want2 thank each&every1 of u4ur kind wishes dat keep pouring in as @harbhajan_singh &I embark our new journey ahead! pic.twitter.com/FgNsVCGKoS 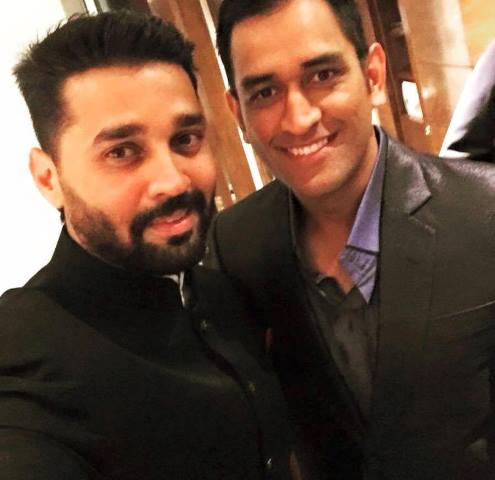 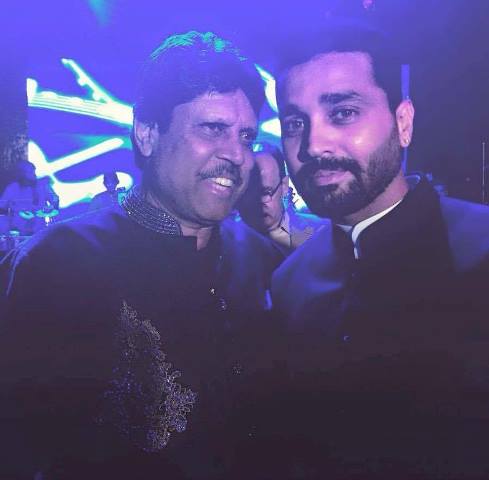 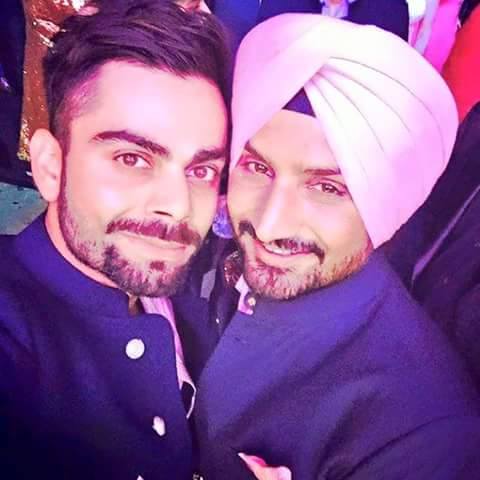 Yuvraj Singh posted another picture with the newlyweds on Twitter.

And finally with my lovelies wish you a happy and healthy life together lots of love @harbhajan_singh @Geeta_Basra pic.twitter.com/bisVvFNNAR

The reception, which was held on Sunday evening, saw other attendees like Bollywood celebrities like Amitabh Bachchan, Shahrukh Khan, and Priyanka Chopra there too. Former Prime Minister Manmohan Singh also graced the occasion and wished the happy couple. 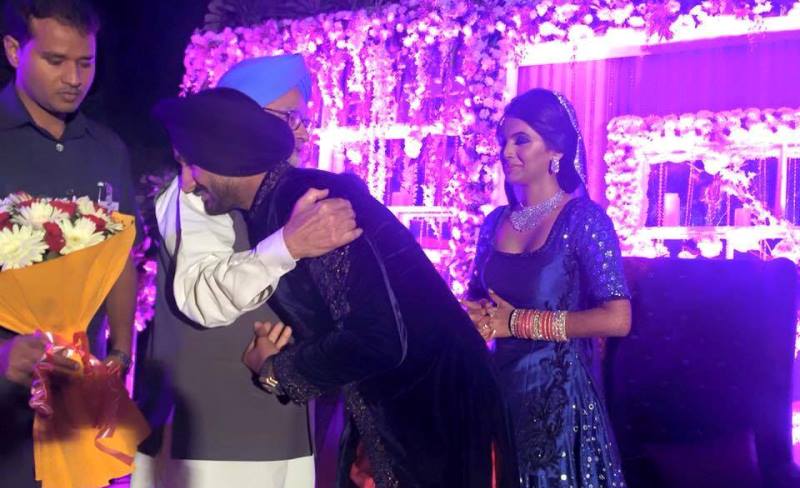 According to several sources, the reception was attended by more than 1000 guests, held in the national capital.

The 35-year-old spinner tied the knot with his longtime girlfriend Geeta Basra on 29th of October, which was attended by Sachin Tendulkar and his wife Anjali, and Bollywood actor Aamir Khan too. 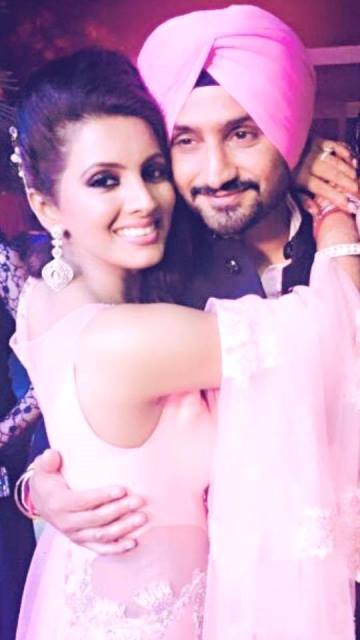 We wish the happy couple a very happy married life!

Article Name
PM To MS Dhoni, VIPs Attend #BhajjiKiShaadi
Author
Chaitra Ramalingegowda
Description
Harbhajan Singh and Geeta Basra's reception held on Sunday evening was attended by who's who of Cricket and Bollywood, including the PM. #BhajjiKiShaadi