The ‘Pit’falls of Formula One: Examining The ‘Hell Down Under’ For Females

Formula One has been trapped in the vicious clutches of sexist monsters ever since its inception and the sport has more than appropriated the grotesque and evil hold to engender what the ‘male’ and elite world of F1 calls the sport’s essential flavor. And to clarify what this flavor really is, let’s just say – virulent sexism in Formula One, that can only be adjudged as stemming from the patriarchal ideologies of the Dark Ages. 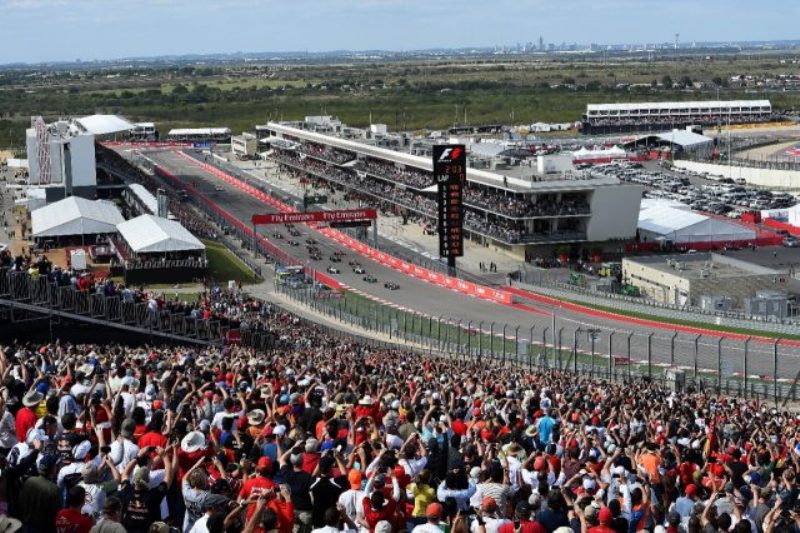 One may well question this claim about the rampant sexism in Formula One that one sees within the sordid, mercenary sport, and I have more than an answer full of evidence ready. Not only shall I expound on why the pit is really the ‘hell down under’ for women, but also explain how this ambivalent sexist attitude helps the ‘testosterone-y’ aggressive and fast-paced world of male power to thrive! After all, if there’s one sport that is more governed by sexism than by the forces of capitalism, the glitzy and glamorous world of Formula One it is! 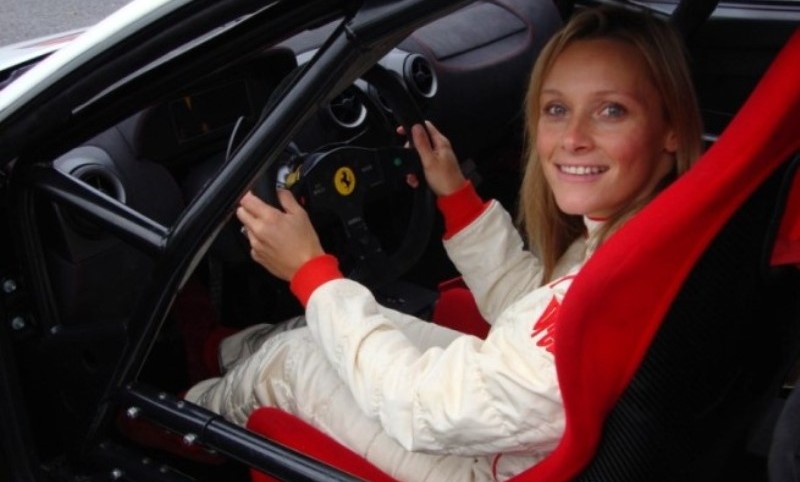 Let’s first deal with questions in relation to the representation in the sport that have long since been asked but never quite answered, not satisfactorily at least. Why, in the 62 years that the sport has existed, 5 women have entered a Grand Prix as compared to 822 men in the same period? Why have women not been able to get equal representation in F1 when in almost all the other areas of sport (including the traditionally ‘male’ sport of football) women are competing at the highest levels and have succeeded in creating their own leagues and teams whilst making superb progress? Is it a question of endurance, speed, strength, hormones? And before you write this off as some feminist tirade, let’s look at the facts. 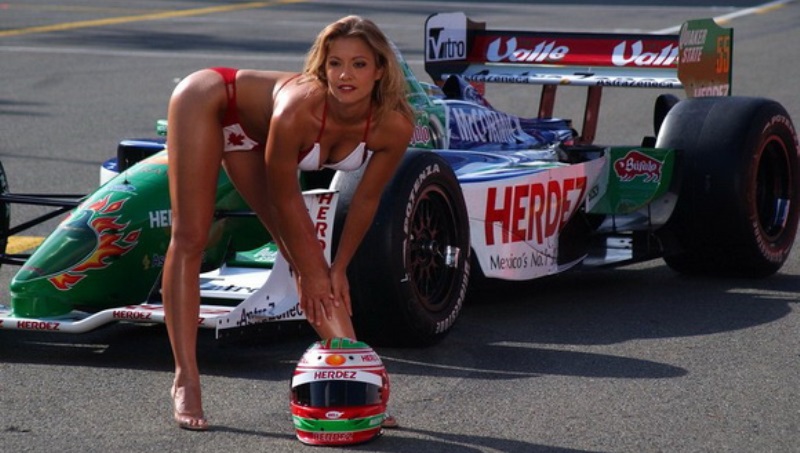 Suggested read: Top 8 women drivers who are the right mix of ‘fast and furious’ to tame F1

Sexism in sports isn’t quite a new thing but in a sport that is far less limited by gender-specific physicality than others, the alarming absence of the female drivers is rather unsettling. Not only did we present to you the ‘top 8 women drivers who are the right mix of ‘fast and furious’ to tame F1,’ but we also have a list of junior women racers waiting in the wings to rev up their cars full-throttle on the tracks. While it is true that from a pool of hundreds of male aspirants with about a few female F1 aspirants, the chances of seeing equal representation are always going to be fairly remote, the current scene on the tracks with no woman driver on the grid is indicative of a far deeper problem. 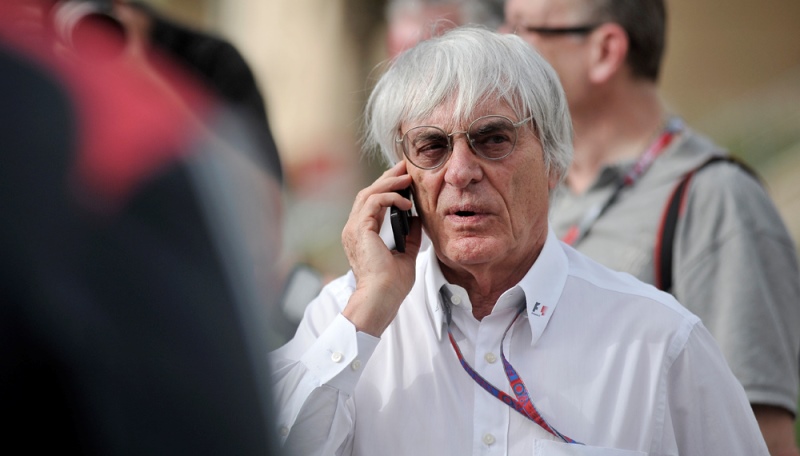 F1 has a hostile environment for women drivers, wherein equal participation is constantly overridden by the prevalent misogynistic attitudes. Examples of the same are splattered across the F1 canvas in bold letters for one and all to see. From Sir Stirling Moss’ comment about women F1 drivers lacking the ‘mental aptitude’ to compete with men and win a race, to the F1 supremo Bernie Ecclestone’s many comments about who his ideal female F1 driver would be (Perhaps a black girl, with super looks, preferably Jewish or Muslim, who speaks Spanish), we have an entire gamut of sexist reverberations that spin off the track far after a crash and kill incident has ceased to echo within the audience’s psyche. Bernie Ecclestone’s recent comment about women drivers not ‘coming through – and not because we don’t want them’ is decidedly patronizing and incredulous. There indeed, is no dearth of comments as these, which are all telling examples of the blatant sexism that actually drives the ‘motor’ that fuels and propels the world of Formula One. Driver Trudy Thompson, who left the world of motorsport 10 years ago, described sexism within the industry as “rife.” She said, “On the track, they would try and kill me. Off the track, they’d try and shag me.”

So, what exactly motivates such discrimination? What is behind what may be deemed subjectively favorable but actually patronizing (Bernie Ecclestone’s comment, in relation to a women’s championship proposal) attitudes toward women drivers? Why is this sort of benevolent sexism or the more blatant hostile sexism (as that of Sir Stirling) being put up with? Why is it that such attitudes are justified by the F1 community (save a few exceptions), despite them eliciting backlash, sapping women’s ambitions, and depriving them of equal opportunities? 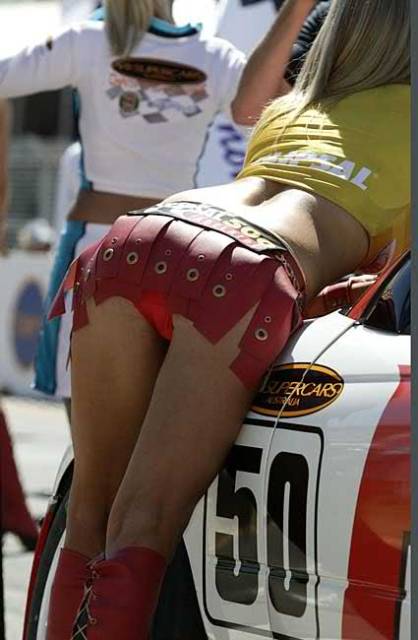 The answer lies in delving deep into another side of the sexist Formula One world – the world that is ‘off the tracks.’ From the unabashedly unashamed erection of an open-air brothel nestled in the woods between the silver and gold entrances to the Hungarian Grand Prix to the continued use of ‘pit babes,’ ‘flag girls,’ and even the ‘foster girls’ with many of these micro-mini and cropped Lycra top-clad girls made to sit on car bonnets and draped around male drivers, there is a disturbing element of sexism that masquerades about as ‘unabashed exercise of the inviolable and undeniable rights of the male libido.’ Especially in a sport that is every bit fast-paced ‘testosterone-y,’ the ‘male’ authorities that work off the tracks to make everything on the tracks a success question little, if anything, about this ‘natural male need.’ In fact, they are so complicit and involved in exhorting and participating in the process themselves that there is no saving grace for women that inhabit the F1 world, in any capacity whatsoever. Beverley Turner, who worked as a trackside reporter for three years gives us several revealing examples of the same. 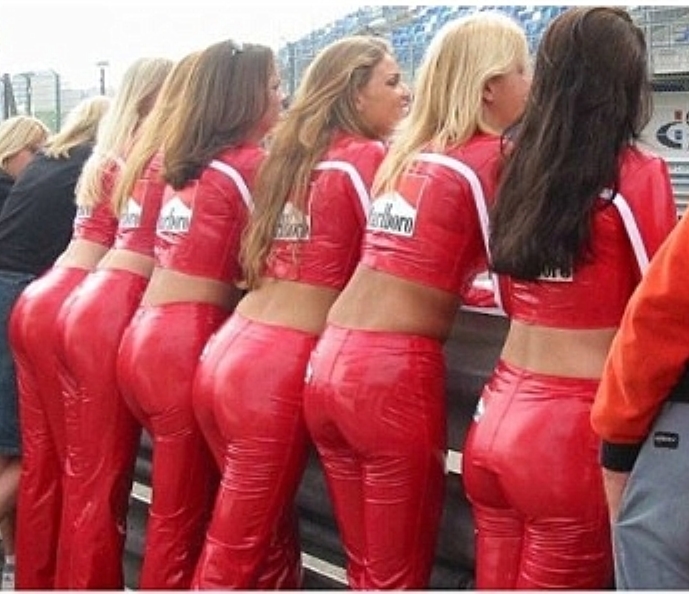 She reports an occasion when having been witness to a shameful act of some male guests trying to grope the bottoms of the Pit babes whilst they were walking between tables at the Silverstone Ball, she exclaimed to her dinner companion,

“I can’t believe a global sport still has women like this on display.”

“I know, they’re pigs. You’d think they could find some attractive ones.”

From a whole spectrum of such instances that scream ‘sexism,’ one that she lists merits a complete reproduction in her own words:

The driver Eddie Irvine turned his charms on me at the Brazilian Grand Prix when the conversation turned to a mutual friend, a German F1 presenter whose contract had been unexpectedly cancelled.

“Oh that’s a shame,” he said from behind mirrored sunglasses. “It was good watching her arse walk down the paddock.”

I assumed he was being sarcastic. “Hmm…” I said. “I’ll miss her conversation too.”

There were eight other men sitting listening. Nobody said a word, except for Niki Lauda. He looked at me from beneath his baseball cap and shrugged. “It’s a man’s world,” he said.

Turner mentions that both ‘on the track’ and ‘off the track,’ representation for females is judged by a singular yardstick – that of appearance and attractiveness. In fact, she goes ahead to recount an instance about having met a female IT engineer who had claimed that she had never faced any problems owing to her sex. In a chat with one of her male colleagues, Turner was told, “Yeah, but just think what we could do with her if she wasn’t such a dog.”

In a milieu as this, where such attitudes are so endemic that it is not exactly surprising that the sexist forces have vanquished the giant army of capitalism, how does one explain the regressively obsessive need to cling to the ideology of the Dark Ages and treat women as display objects? With this, it is time to answer why both worlds in F1 are so rife with sexism. 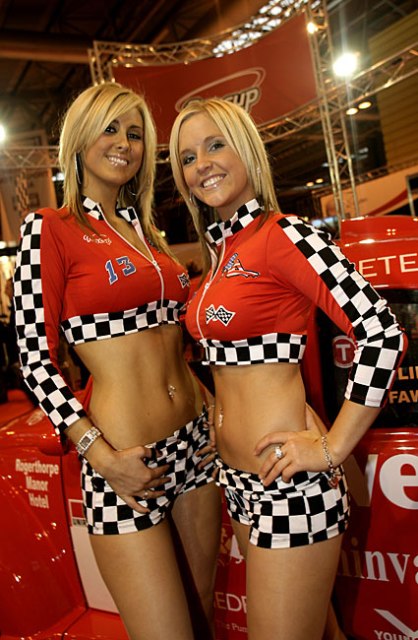 The under-representation of women in the world of Formula One is simply a gender filter that serves to reinforce the power equation. Not only does the prevalent hostile mode of sexism (like that of Sir Stirling) enable the men in the sport to undermine women’s abilities and direct antipathy toward those who are threatening enough to usurp their position and power, but also promote a gender role conflict, vis-à-vis the deployment of females in ‘show-dog’ roles such as those of ‘pit babes’ to endorse rigid, sexist, and restrictive roles that result in personal restriction, devaluation or violation of others through the chosen attack.

However, benevolent sexism (like the comment by Ecclestone) too, albeit seemingly desirable, is a form of harmful discrimination masquerading about as ‘benevolent’ in that it too promotes the gender role conflict, in subtle and far more clandestine ways. Since hostile and benevolent sexism attitudes are complementary, cross-cultural prevalent ideologies that predict gender inequality, they, in conjunction, do well to uphold the power equation that the authorities wish to keep intact. 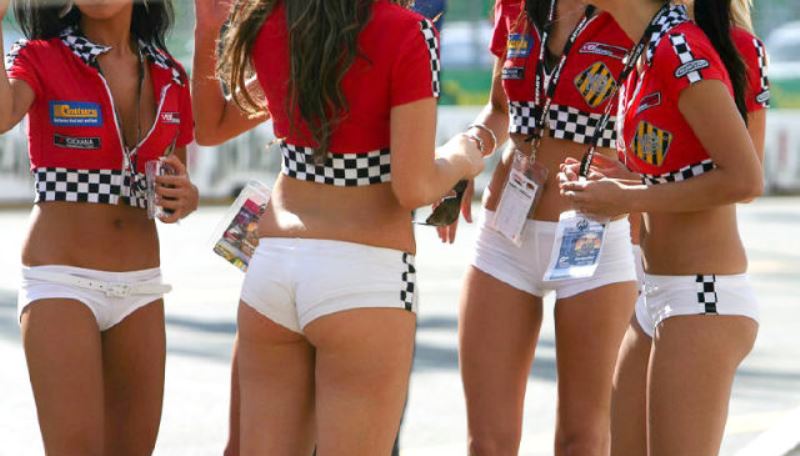 It is clear that such restrictions haven’t done anything to deter women of grit and determination (like Susie Wolff) to prove their mettle, but there’s still a long distance to go. Although the brothel set-up has been done away with (owing to complaints, not from F1 but from the Catholic community), the sexist attitudes are still up for display in all the flag-bearing humans that you see being directed around like cattle. Not that I, in any way, mean to demean the girls, but the language (again a patriarchal tool, I suppose?) is indicative of the attitudes prevalent in F1, and the taboo of having a female F1 driver on the grid is still far from being overturned.

It is rather a pity that for a sport that nurtures global marketing ambitions, the flipside of the opportunity has been overlooked for eons, and sadly gone unseized. After all, wouldn’t a woman in a competitive car revolutionize F1’s image, re-energize the competition, attract new fan-base, and make front-page news as the most forward-looking and progressive brand on the grid?

Time they thought about this other angle to overturn the hell-down-under, eh? 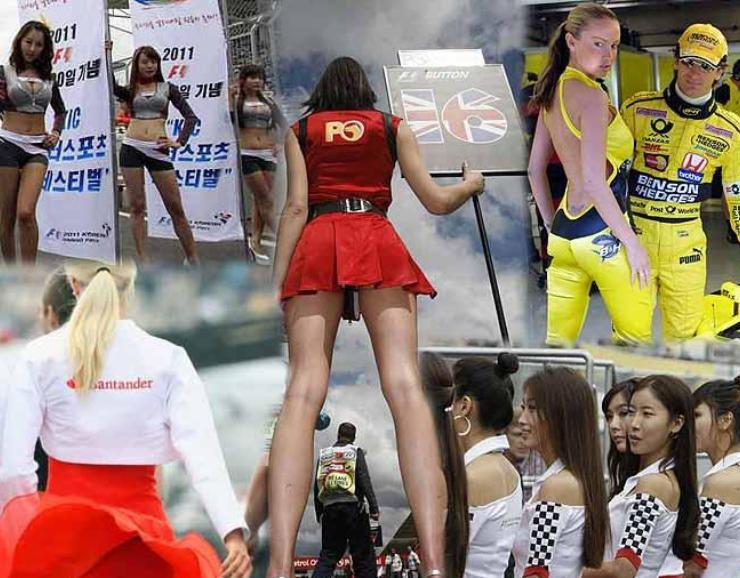 Article Name
Sexism In Formula One: Time to Change The Rules
Author
Sejal Parikh
Description
An examination of the relationship F1 shares with the females allowed within the ambit of its male 'pit.' It's time we spoke up about sexism in Formula One.