A highly controversial statement by Devaswom chief of Sabrimala Temple in Kerala about women visitors to be allowed in the temple only after a ‘purity check’ machine has adjudged them ‘pure’ (read: not on their period) has sparked an outrage among women all across the country. In a bid to counter such sexist attitudes rooted in master shame-game strokes by patriarchy, disappointed women from the country have taken to Facebook to launch the Happy To Bleed campaign.

“Devaswom chief of Sabrimala temple, Kerala has given a sexist statement that once purity checking machines are invented, that check whether it is “right time” or not, (whether women are menstruating or not) are invented, he will think about letting women enter. By this statement, he has reinforced misogyny and strengthened myths that revolve around women,” the statement posted on the Happy To Bleed page says.

It isn’t the first time that an event that posits a blatant bias against women, in relation to menstruation taboos, has come to the fore. Women have long been fighting against the taboos related to menstruation and raising their voices in demand of one simple thing- to view menstruation as a natural process. Coz it really is. 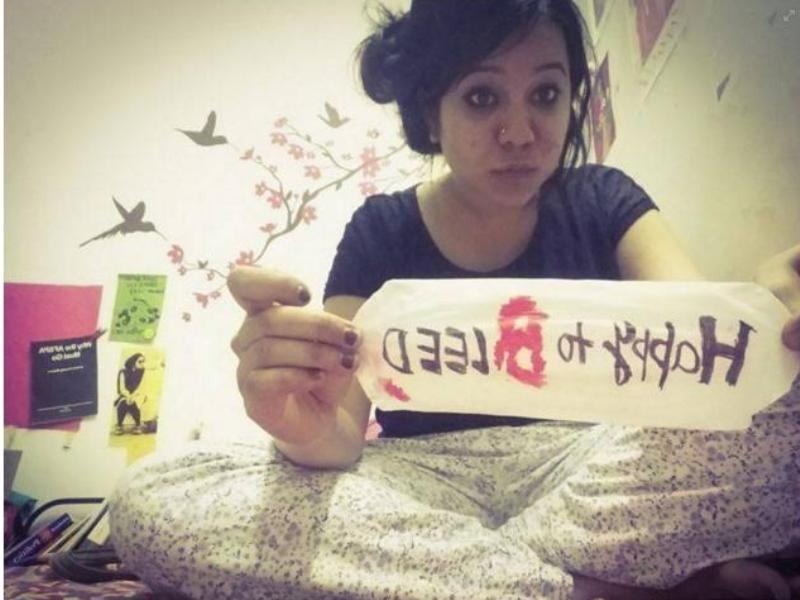 Despite the countless discussions and campaigns doing the rounds to impress this one straight-forward fact to mankind, mankind still fails to absorb the truth about the process it owes its very existence to. A healthy sign of womanhood, of life, of creation, as it were, periods are nothing to feel ashamed of. It is what Rupi Kaur had highlighted when she uploaded her menstrual pictures on social media stating:

“I bleed each month to help make humankind a possibility. My womb is home to the divine, a source of life for our species, whether i choose to create or not. But very few times is it seen that way. In older civilizations this blood was considered holy. In some it still is. But a majority of people, societies, and communities shun this natural process. Some are more comfortable with the pornification, the sexualization of women, the violence and degradation of women than this. They cannot be bothered to express their disgust about all that but will be angered and bothered by this. We menstruate and they see it as dirty, attention seeking, sick, a burden. As if this process is less natural than breathing. as if it is not a bridge between this universe and the last. As if this process is not love, labour, life. Selfless and strikingly beautiful.”

And what Twinkle Khanna was talking of when she expressed her disappointment with the Indian society in ‘Let’s Talk About It. Period’ :

“Why are sanitary napkins treated like radioactive isotopes? They are wrapped in layers of plastic and newspaper, then someone ties a string over this mysterious package and then it’s put in a bag of its own — separate from any vegetables or cereal boxes that it may contaminate by its very presence. Is it the fact that men will see a corner of this packet and read ‘Whisper with wings’ and collapse with empathy at the thought of the agony we go through every month? Or is this biological function which, in fact, enables us to give birth to specimens like them, still considered sort of unclean by mankind?”

A pity that we have to fight for something that is one of the most natural things in the world, the Happy To Bleed movement is a moment capturing the leaking mindsets of patriarchy’s champions. Recording the filth that they ooze each time their ‘thoughts about womanhood and the monthly cycle that constitutes healthy womanhood’ are cracked open, the campaign is laying the filth out in the open for everyone to feel the ‘overbearing stench’ of. Snippets of the same include statements from the Sabrimala temple authorities earlier this month about how waiting for a menstrual scan machine’s invention is the ONLY way they’d consider allowing women visitors inside the shrine:

“A time will come when people will ask if all women should be disallowed from entering the temple throughout the year. These days there are machines that can scan bodies and check for weapons. There will be a day when a machine is invented to scan if it is the ‘right time’ for a woman to enter the temple. When that machine is invented, we will talk about letting women inside,” Prayar Gopalakrishnan, who recently took charge as Devaswom Board President, told reporters at the Kollam Press Club.

With statements as these being flung far and wide on public forums, it is necessary that the countering faction relate their own tale. A young, bleeding woman (Nikita Azad) even wrote an open letter to the authorities of Sabrimala temple to show them the mirror as it were- when they propagate such misguided and misogynistic notions about a process God intended to be as natural as breathing while claiming to be serving God! 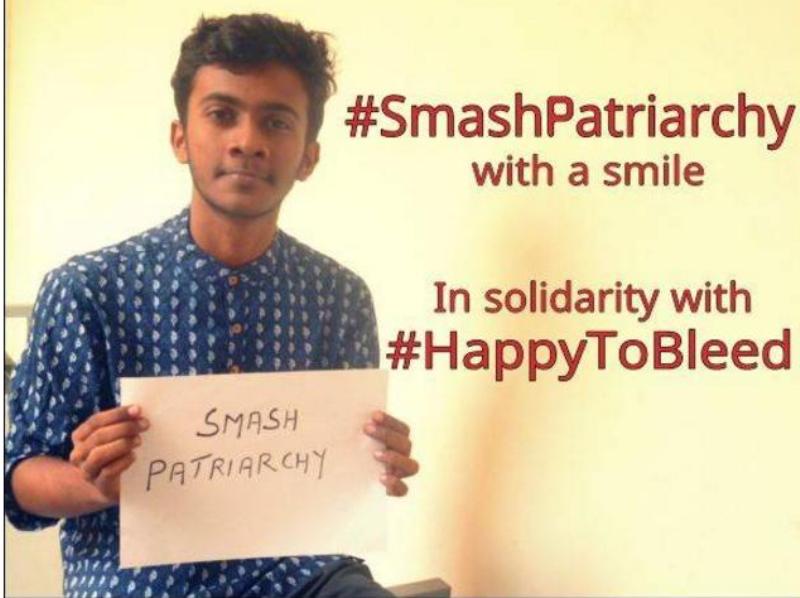 The campaign, which began on Saturday, calls on women “to hold placards/sanitary napkins/charts saying Happy To Bleed” and post the pictures on their profiles or the campaign page “to oppose the shame game played by patriarchal society since ages.”

Suggested read: 10 truths about menstruation you should definitely know

With over 100 confirmed women participants and another 500 in queue, the Happy To Bleed campaign is fast gaining momentum.

“I’m definitely ‪#‎HappyToBleed all over patriarchy. More power to all equal rights movements!” a woman posted on its page.

Article Name
#HappyToBleed Indian Women Protest Against The ‘Purity Check’ Machine Sabarimala Board Wants Installed
Author
Sejal Parikh
Description
There, we said it - we are all happy to bleed - and you should be too! #HappyToBleed