Kale is a superfood, which has been around for centuries. It has many amazing nutrients that makes it an essential that has to be included in your daily dietary intake. There are many surprising health benefits of kale that you might not even be aware of. It’s a leafy green vegetable belonging to the cabbage family, and has a fresh flavor that is earthier and greener than cabbage.

Suggested read: All the amazing health benefits of the superfood, quinoa 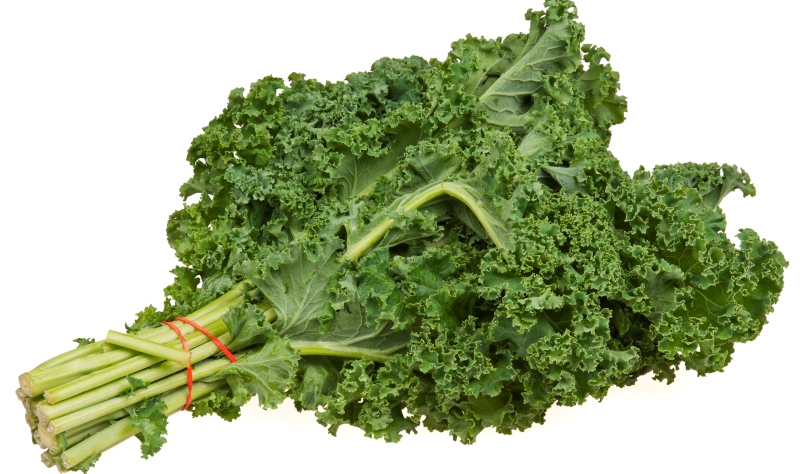 Kale was one of the most common green vegetables found in Europe under the end of the Middle Ages, and its cultivation was encouraged in the UK during World War II since it’s very easy to grow and is packed with essential nutrients. It is said to be used originally as a cure for drunkenness.

There are several forms of kale available for consumption today, and its popularity as a superfood is such that National Kale Day is celebrated too! Being low in calories and high in phytonutrients, it’s one of the few vegetables that can provide more health benefits per serving than many multivitamins bought at the store.

Kale has a rich, fresh taste, and is almost spicy like pepper. It comes in three fundamental varieties: 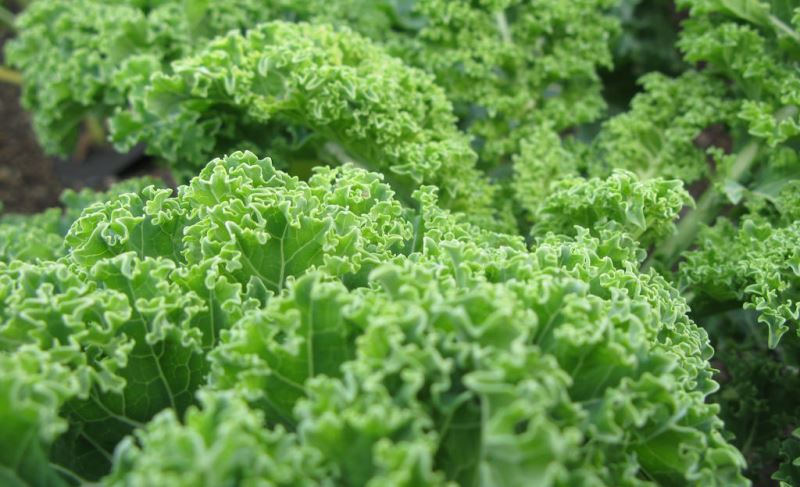 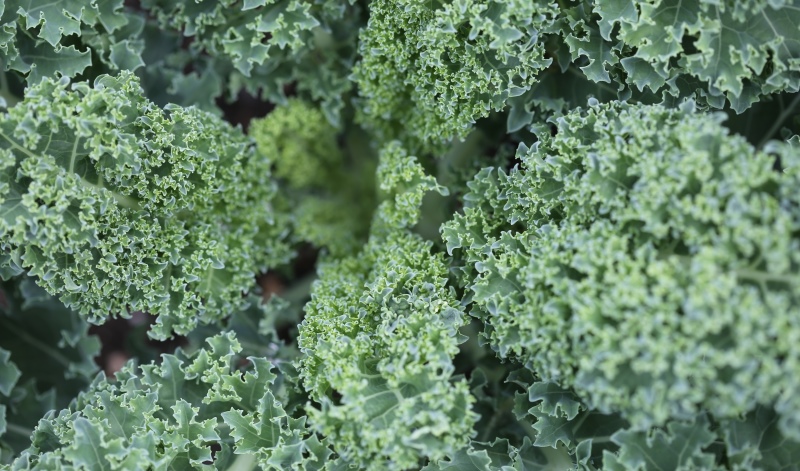 There are various varieties of kale. Some of them include Chinese Kale, Dwarf Blue Vates, Gulag Stars, Iacinato, Redbor, Red Nagoya, Red Russian, Sea Kale, Walking Stick Kale, and White Russian. Kale is being called ‘the new beef’ and ‘a nutritional powerhouse, and with good reason too.

Let’s take a look at all the health benefits of kale that you might not have been aware of:

1. Kale is packed with nutrients.

And is low on fat content. In fact, 100g of raw kale has about 49 calories, but is packed with:

Since kale is rich in all these nutrients and very low in calories, it’s one of the most nutrient-dense foods available on the planet.

Kale has more iron per calorie than beef. Iron is vital for the formation of hemoglobin and enzymes, and also for transporting oxygen to the various body parts. It’s also important for cell growth, proper liver function, and so much more.

3. Kale is great for depression.

Kale produces carotenoid, which is known to be a mood enhancer. The omega-3 fatty acids present in kale can be very helpful in fighting depression symptoms too. Also, the combination of iron, folate, protein, and vitamin B6, found in kale can create more serotonin and dopamine, both of which are known mood enhancers. 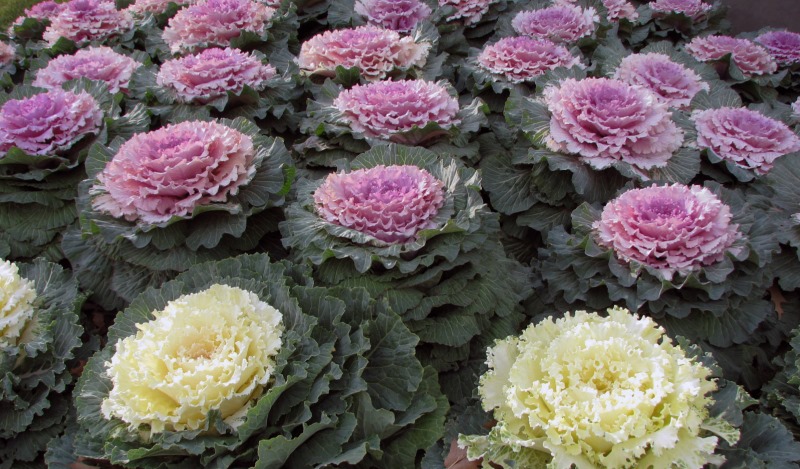 Vitamin C, known as ascorbic acid, is an antioxidant that helps with the common cold. Kale has huge amounts of vitamin C, more than what you can get from eating oranges! Consuming kale reduces symptoms of vitamin C deficiency like fatigue, muscular aches, or even bleeding in the gums.

Diabetes develops when the body cannot produce enough insulin, which in turn makes the glucose levels to shoot up. Since kale contains high fiber, vitamins K and C, vitamin A, beta-carotene, manganese, zeaxanthin, which help turn protein into sugar.

Kale contains huge amounts of organosulfur compound, which are known to prevent different forms of cancer. It helps reduce the risk of lung and colon cancer. It helps provide a healthy immune system, which is beneficial in a general way.

Since kale is packed full of potassium, and vitamins C and B6, and the latter is known to boost heart health, it’s a must-have food in daily dietary intake. Potassium helps prevent stroke, and it’s a known fact that consuming high amounts of potassium live longer. 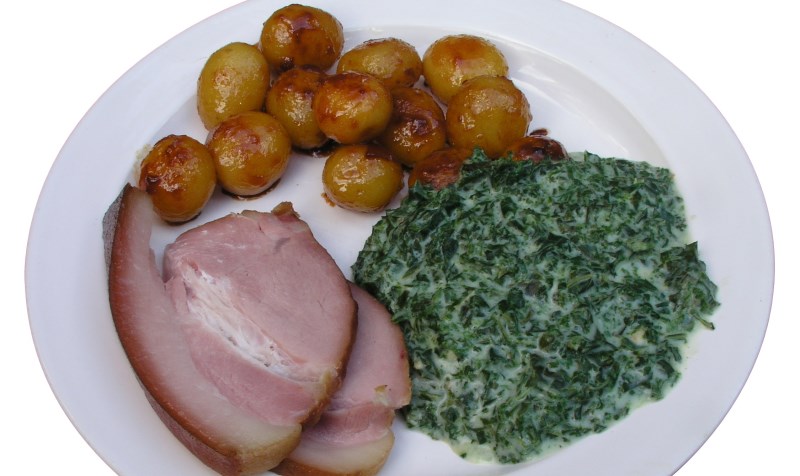 A diet rich in vitamin K is known to protect against various cancers. High levels of vitamin K can help people suffering from Alzheimer’s Disease. Vitamin K is critical for blood clotting, regulating blood sugar levels, and also prevents calcification of arteries. Vitamin K is also known to reduce the risk of heart disease and osteoporosis. A single serving of raw kale is known to contain almost 7 times the recommended daily amount.

A deficiency of vitamin A can be supplemented by consuming kale regularly, since it contains high beta-carotene content. This is an antioxidant, which the body uses to turn into vitamin A. As is well known, vitamin A is vital for good eye health.

Kale contains dietary fiber of about 3.6g per 100g of raw kale, which is more than 10% of your daily value. It’s a fact that dietary fiber reduces hunger, and hence aids in weight control. Also, 100g of kale has just 49 calories and high proteins, both of which will make you feel fuller for longer. Kale is perfect for weight loss because it’s a vitamin-rich, low-calorie food that is filling. The other vitamins present in kale can help lower blood pressure.

Lutein and zeaxanthin are two nutrients found in eyes, and also found in kale, the wonder vegetable. Vitamin C and the various antioxidants present in kale are very helpful in protecting eyes from harmful UV rays. Also, kale is known to be helpful against air pollution and cigarette smoke. 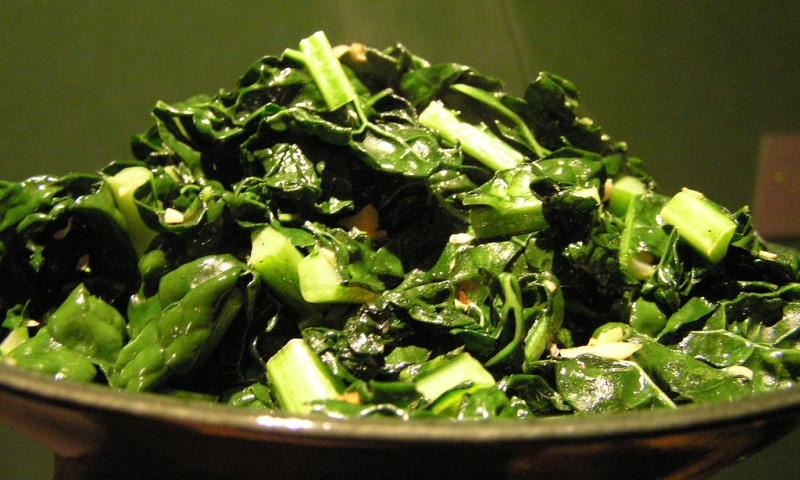 12. Kale is good for pregnant mothers.

Kale is one of the best prenatal foods available, seeing as it’s packed with so many essential nutrients and minerals. Not only is kale helpful in maintaining an expectant mother’s health, it also helps in delivering a healthy child.

13. Kale is filled with powerful antioxidants.

Kale is rich in antioxidants like vitamin C, beta-carotene, and various flavonoids and polyphenols too. Antioxidants fight against the oxidative damage caused by free radicals on the body. This oxidative damage is what causes aging and many diseases, including cancer. Among the antioxidants present in kale, the flavonoids quercetin and kaempferol are found in high amounts. These are known to have powerful anti-inflammatory, anti-carcinogenic, anti-viral, anti-depressant, cardioprotective, and blood pressure-lowering effects.

Kale is packed with rare minerals like calcium (essential for bone health), magnesium (reduces risk of type 2 diabetes and heart disease), and potassium (vital for the conduction of electricity in the body).

Containing at least 45 different flavonoids, kale has the ability to lower the risk of stroke. 100g of raw kale contains 12% iron, which is critical for the formation of hemoglobin, in turn crucial for brain and muscle health. In addition, the omega-3 fatty acids in kale promote brain health. Other antioxidants present in kale, like sulforaphane, have anti-inflammatory properties, which may help in boosting cognitive function, especially after brain trauma. 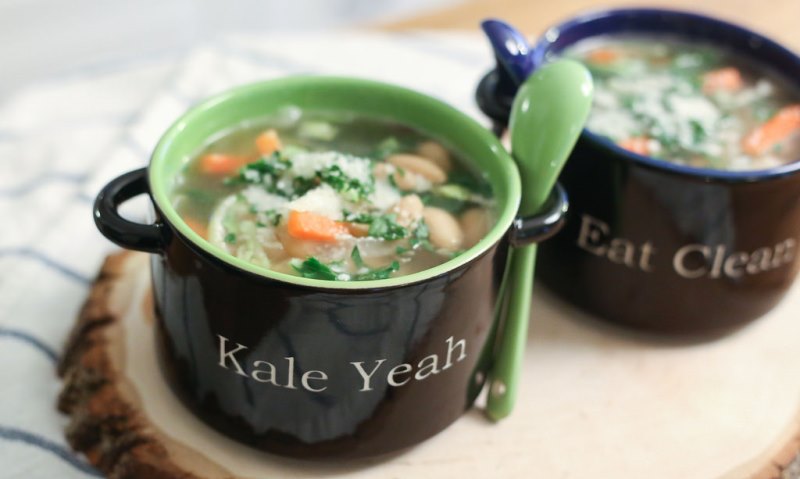 The high fiber content present in kale not only helps in weight loss, it also detoxifies and cleanses the body, as well as helps reduce cholesterol. This is done by the fiber by adhering to the excess cholesterol compounds found in the gut and pushing them out of the body.

17. Kale has large amounts of calcium.

And calcium is good for bone health. Inadequate intake of vitamin K has been associated with a higher risk of bone fracture. Since kale has both calcium and insane amounts of vitamin K, it’s essential to add it to your daily dietary intake. Calcium is important to prevent bone less, maintaining a healthy metabolism and alkaline environment in the body.

18. Kale is awesome for hair and skin health.

If you’re looking for a healthy way to get clearer skin, then look no further than kale. The sulfur present in kale helps flush out the toxins in your skin, reduces the appearance of scars, and also helps in collagen production, which is essential to keep skin cells young and healthy. Retinol A equivalent is present in cooked kale, and this is vital for the growth of all tissues, including skin and hair. It is also essential for the production of sebum, the natural moisturizer that keeps hair and skin well moisturized. Vitamin C and iron, present in kale, help prevent hair loss caused due to iron deficiency. 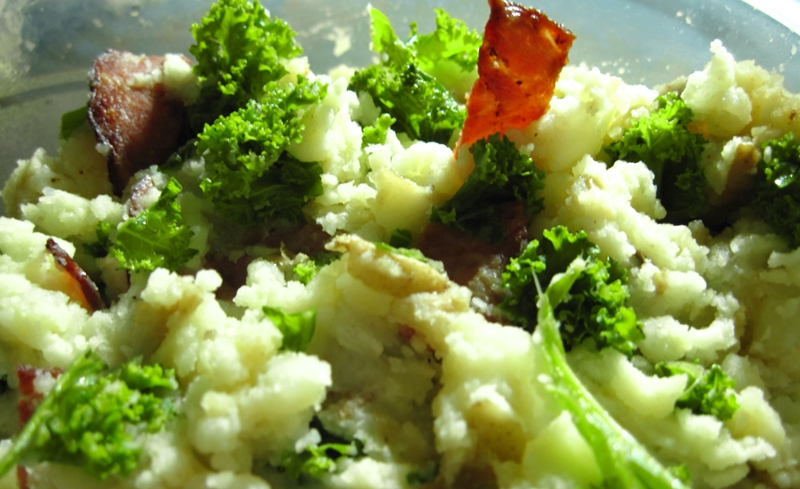 Suggested read: 18 intoxicating benefits of red wine for your skin, hair, and health

These are the good kinds of fatty acids, which are essential for brain and heart health, while also lowering the risk of type 2 diabetes. Omega-3 fatty acids are helpful in treating rheumatoid arthritis, promoting cardiovascular health, and reducing the risk of sudden death for those who have experienced a heart attack previously.

There you have it – all the amazing and surprising health benefits of kale. Now you know why you need to include kale in your daily dietary intake. So no more excuses!

Article Name
The Amazing Health Benefits Of Kale That You Probably Didn't Know
Author
Chaitra Ramalingegowda
Description
The wondrous health benefits of kale will leave you astonished, for sure!