The Problematic Connection Between Bollywood ‘Masala’ Movies And Misogyny

India has everything, it is patriarchy’s dream country. It has sexist national newspapers reporting on some Bollywood actress’ cleavage (because not everyone knows women have breasts, obviously), saffronised movements which chant “Down with the West” and think feminism is a toxic Western idea, and of course, Bollywood masala movies. 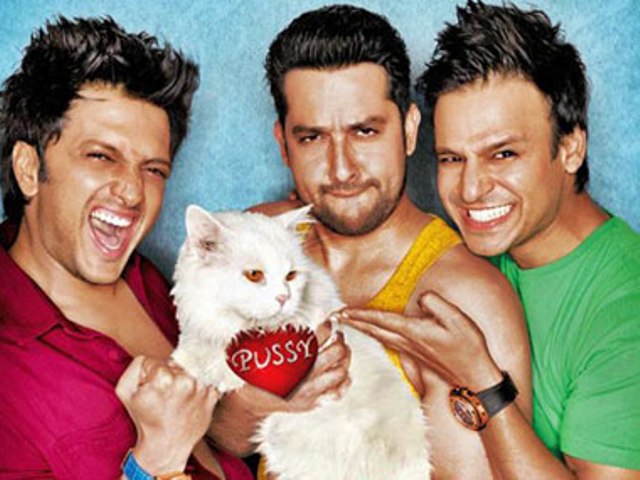 ‘Grand’ Masti, although I’m not sure what was grand about it

Let’s just take a moment to get a nice long look at this movie ‘poster’. ‘Pussy’, ha, it’s a sexual pun (*giggles*, because sex is funny for some reason) between an actual pussy cat and a vagina. How clever and innovative. It really makes you think; it makes you think about how people actually enjoy movies like this (and believe me, they do). It’s more than just sexist and misogynistic entertainment content, it defines the mindset of the average Indian.

And let’s face it, the average Indian generally is a sexist, West-hating man. They’ll cheer if you shout “Bharat Mata ki Jai” and shame you publicly (or even beat you bloody) if you have a contrarian opinion. It’s quite a volatile and violent audience that Bollywood masala movies cater to, which make them all the more dangerous. You might think of them as stupid slapstick light hearted humor, but it does have its own dire consequences. Yes, I’m being way too critical about ‘inconsequential’ things like this, because they aren’t really non-consequential. Item songs have ruined our perception of what society should and shouldn’t expect from a woman. Are they just ‘eye-candy’, to enjoy watching with a few glasses of alcohol? Or…just maybe, they’re actual human beings? If this possibly surprising revelation shocked you, then this article will only appear nitpicky and pedantic to you.

It’s the sequel to the first movie. Didn’t know about it? Lucky you

While I do respect adult filmstars like Sunny Leone like I’d respect people in any profession, people like her are being used in the worst possible way. One might say, “Oh she’s an actual actress now,” but she’s being forced to play the same old role of the ‘hot’ showpiece heroine of every movie. Bollywood movies have a ritual of having a minimum of three songs with every character dancing like they’re on heroin, and while that doesn’t agree to my taste, it’s okay. What’s not okay are the cancerous ‘item numbers,’ where a female character or even the heroine in some cases are made to show off every nook and cranny of their body (not too much, because these misogynistic pigs have to get it past the Censor Board).

The worst thing is, people don’t talk about it a lot. Most of us just set it aside as Bollywood trash, without sparing a moment to think about the thousands who are enjoying this ‘entertainment’. They are already indoctrinated with 19th century ideas of what women should be like, and they have absolutely unquestionable world views. Women are so heavily sexualized that they lack any and all personality by the end of the movie, and of course, that’s what makes it sell unfortunately. As a matter of fact, a study was sanctioned by the UN and conducted by the Geena Davis Institute on Gender in Media over countries like Australia, France, China, Brazil, Japan, Russia, South Korea, the UK, USA, and India. As a result of this study, Indian films were ranked high on sexualization of women. This doesn’t come as much of a surprise.

Narrow minded, self-righteous, and misogynistic men; this is the target audience that Bollywood leeches off of, without realizing how it’s stopping any and all liberal progress. Have we fallen so low that things like this are still accepted? Has misogyny normalized so much in the 21st century Indian society that we don’t even stop to think about the ramifications of blatant sexism catering to an overly sexist audience? I think we have, but it’s time to talk about it all over again. Gender equality has been laid to rest in a very shallow grave in the Indian society; all we need is to dig it up and ask the right questions.

Article Name
The Problematic Connection Between Bollywood Masala Movies And Misogyny
Author
Siddhartha Bose
Description
Is it stretching it too far when one says Bollywood masala movies thrive on misogyny and sexism? And shamelessly so!