Being a woman in India is itself a daredevil-ian task, considering the fact that making it out of the womb is a victory! In such a scenario, standing up for fellow women aka being a believer of women’s rights and having the courage to demand the same, is often mocked and not judged “lady-like”, thanks to the deep-rooted patriarchal structure and entrenched misogyny. Defying this, some Indian women have given their everything to the feminist movement in India, and today, we would like to take this opportunity to salute them.

Here are 9 rebels who kept/ are keeping the feminist movement in India alive. 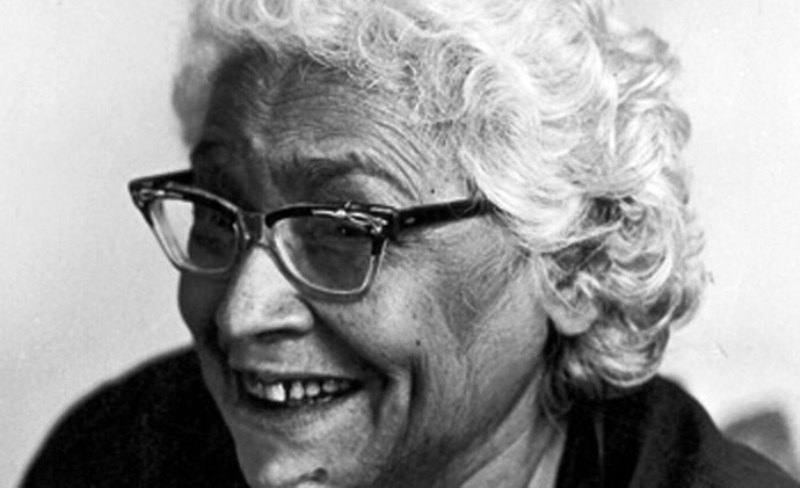 “Women cook food Ismat. When you go to your in-laws what will you feed them?” he asked gently after the crisis was explained to him.
“If my husband is poor, then we will make khichdi and eat it and if he is rich, we will hire a cook,” I answered.
My father realised his daughter was a terror and that there wasn’t a thing he could do about it.”

A fierce feminist, Chugtai is a celebrated name in Urdu literature, someone who laid the foundation for future female writers in India. Chugtai was banned in South Asia, because her work was deemed as controversial. She wrote relentlessly about the patriarchal society, its male privileges and injustices, and the struggle that women go through. She was criticized for being a bold feminist, and yet she continued with her efforts to advocate women rights and female sexuality. 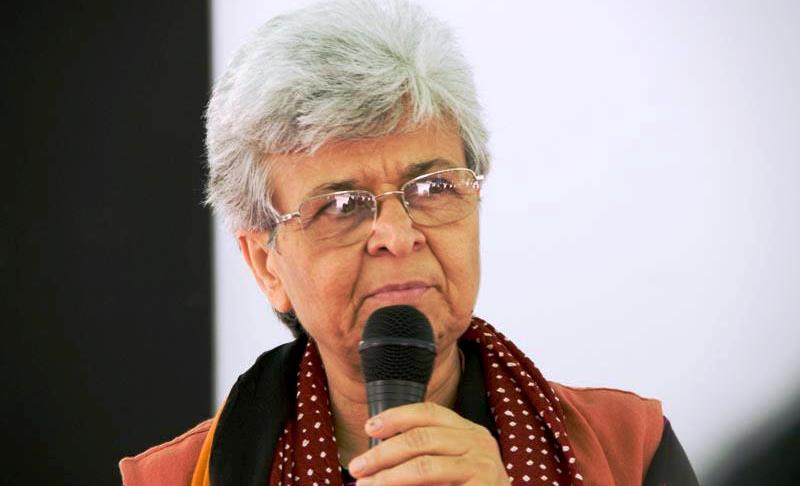 An Indian developmental feminist, Kamla Bhasin’s work spans across almost 4 decades. A poet, author and a social scientist, Bhasin has focused on gender, human development, education and media, through her writings. Her NGO, Sangat, is a network of feminist in South Asia. Bhasin’s poem “Kynki main ladki hoon, mujhe padhna hai” inspired women around the world to pick up a pen, which is mightier than the sword. She recreated a feminist version of Azadi, a very poplar poem, and was also the South Asia coordinator of One Billion Rising.

“Indian men are still used to the traditional role given to women; they want intelligent girls for company but not to marry… they have yet to taste and relish the company of mature women.”

An Indian writer and poet, Amrita Pritam, wrote in Punjabi and Hindi, and was regarded as the first renowned female Punjabi poet. To her credit, she is equally loved on both in India and Pakistan. Pritam’s career spanned over 6 decades, during which she wrote more than 100 books of fiction, poetry, essays, biographies, an autobiography, and an assortment of Punjabi folk songs.

Pritam is most revered for her poem, Ajj aakhaan Waris Shah nu (An Oden to Waris Shah), which was an expression of her pain and anguish over the bloodshed during the partition of India. Her novel Pingar or The Cage, which was published in 1950, is her most noted work. In this, Pritam created Puro, a female character who is thought of as an embodiment of violence against women. The novel was made into a film in 2003.

Indira Jaisingh, an advocate of the Indian Supreme Court has argued a number of cases that talk about discrimination against women. One such example is Mary Roy’s case, which resulted in equal inheritance rights for Syrian Christian women in Kerala. Another notable case is that of Rupan Deol Bajaj (who is also in this list), the IAS officer who charged KPS Gill of outraging her modesty in a party. When this case was filled, sexual harassment wasn’t heard of (not that it didn’t happen; women just didn’t prosecute men for the same because of fear of embarrassment and further harassment). Jaising has also argued against the discriminatory Indian Divorce Act, and because of her efforts, Christian women from Kerala can now get divorce on the ground of desertion and/or cruelty.

Jaising is also the founder of Lawyers Collective to further her fight for human rights. Among her most recent works is her victory for Priya Pillai, where it was ruled by the HC that state cannot stifle dissent.

Suggested read: Does media play a role in perpetuating violence against women? Let’s find out 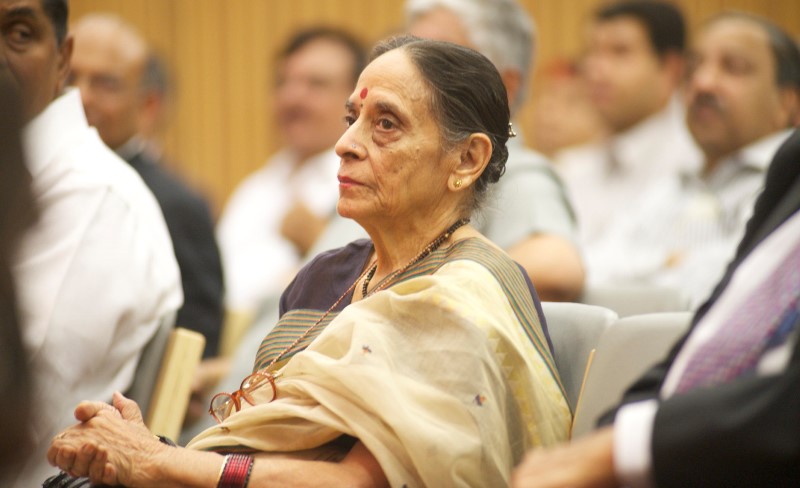 The first woman judge of the Delhi High Court and the first woman Chief Justice of a state (Himachal Pradesh) High Court in India, it is not a surprise that Leila Seth is on this list. She also was the first woman to come first in the London Bar exams in the year 1958. The number of ‘firsts’ that this woman has achieved can go on.

Leila Seth’s efforts were responsible for the amendments to the Hindu Succession Act, because of which women in India today have equal right to property. For those of you who are unaware Leila Seth is the mother of celebrated writer and poet Vikram Seth. She has been openly supportive of her son’s sexual orientation, which ought to be applauded. Justice Seth was also a part for the Justice Verma Committee that ushered in changes to Indian law after the inhuman gang rape incident of December 16th, 2012 in the Capital that shook us to our core.

Standing up against sexual harassment in 1988, a time when sexual harassment was considered a myth, Rupan Deol Bajaj became an epitome of courage for women in India. This feisty woman challenged Director General of Police, KPS Gill, of outraging her modesty at a party, a ase that went through a long criminal proceeding. This became a landmark case of sexual harassment, when Gill was found guilty of the charges, and has paved way for more women to call out such experiences. 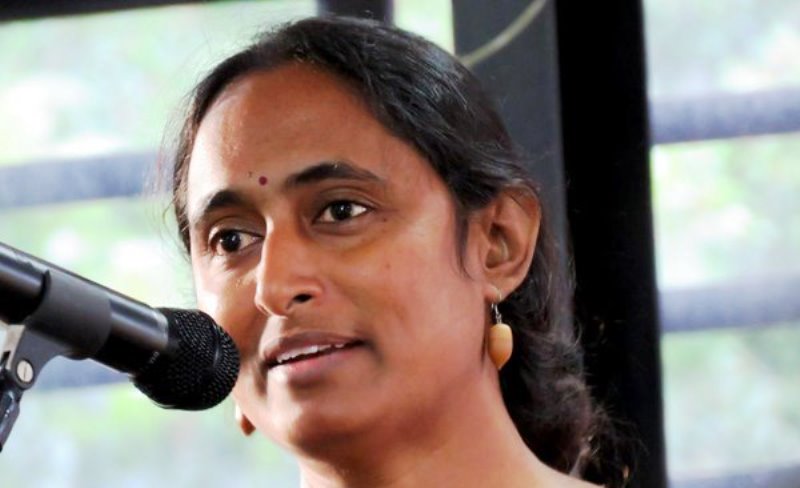 Stressing the necessity of women having ‘Freedom without Fear’, Kavita krishnan’s voice was the loudest voice that we heard after the despicable Delhi rape of December 16th, 2012. Her efforts set in motion a number of protests that eventually resulted in the legislation of the Criminal Law Amendment 2013 that has made some dramatic alterations to the current rape law in India.

“The fact is, no man can ever know whether a child is his. A woman knows a child is hers, but a man can never know whether it is his, not even with a DNA test. A DNA test can only tell you if the child is not yours, but if your DNA matches, it only indicates ‘a high statistical probability’ that it is your child. As they say, ‘Motherhood is a biological fact, fatherhood is a sociological fiction.’ It is this knowledge that creates permanent anxiety for patriarchy, an anxiety that requires women’s sexuality to be strictly policed.”

Nivedita Menon is feted as one of the pioneers of feminist theory. She is a professor of political thought at Jawaharlal Nehru University, who has been involved in several social and political movements. Menon writes for a variety of publications, talking about a number of contemporary issues. “Seeing Like a Feminist” by Menon is considered the Holy Grail of feminist books. She does not consider triumph over patriarchy as the victorious moment of feminism, but “about the gradual transformation of the social field so decisively that old markers shift forever.”

Talking about the sexual division of labor, Menon writes in her book,

“The sex-based segregation of labour is the key, to maintaining not only the family, but also the economy, because the economy would collapse like a house of cards if this unpaid domestic labour had to be paid for by somebody, either by the husband or the employer. Consider this: the employer pays the employee for his or her labour in the workplace. But the fact that he or she can come back to the workplace, the next day, depends on somebody else (or herself) doing a whole lot of work the employer does not pay for—cooking, cleaning, running the home. When you have an entire structure of unpaid labour buttressing the economy, then the sexual division of labour cannot be considered to be domestic and private; it is what keeps the economy going. If tomorrow, every woman demanded to be paid for this work that she does, either the husband would have to pay her, or the employer would have to pay the husband. The economy would fall apart. This entire system functions on the assumption that women do housework for love.” 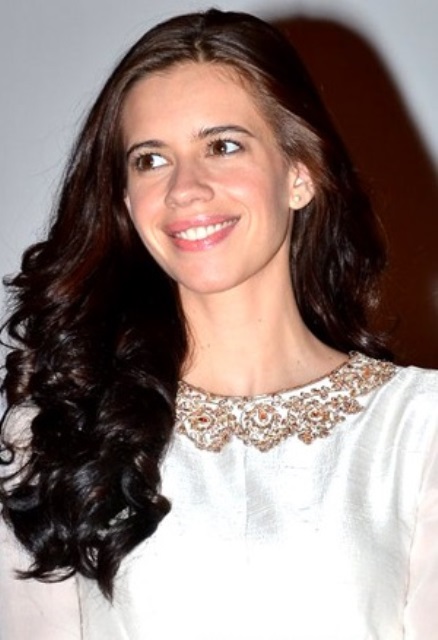 Not just an extraordinary actor who has smashed patriarchy in her movies, Koechlin is also extending her support for feminism through empowering videos and campaigns that speak of gender equality. Her monologue or wo-manologue is 16-minute long, yes, that’s the number of minutes she takes to deliver a strong blow to patriarchy. If this does not speak to you, I don’t know what will.

That is all we have on the women who shaped the feminist movement in India. Do let us know about your thoughts on the same in the comment section. 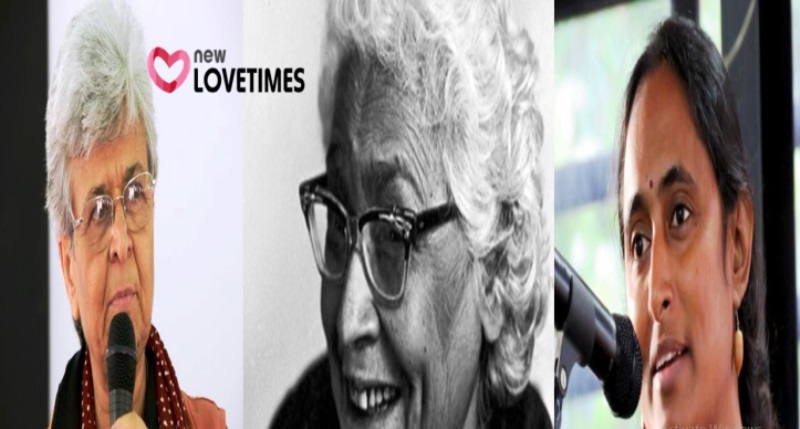 Article Name
9 Fighters Who Shaped The Feminist Movement In India
Author
Riya Roy
Description
Defying patriarchy, some Indian women have given their everything to the feminist movement in India. Let's take this opportunity to salute them.