We Need To Protect The Beautiful Friendships of Little Boys

Paralleling the age-old, ridiculous trope o f women and men being “unable” of stay friends, there is another ludicrous standard subconsciously drilled into our norms of behavioral conduct. Two men cannot be affectionate towards each other without seeming “gay”, as though homosexuality has been reduced to just that- a flimsy adjective. The fear of steering out of the toxic diktats of the heteronormative paradigm causes perfectly natural human responses to be twisted into perversion. A popular Vine by Anthony Padilla recorded two men sitting on opposite sides of the pool as the narrator hums, “Two bros chilling in a hot tub, five feet apart ‘cas they’re not gay.” It brings to light the excessive need for cis heterosexual men to constantly prove their sense of misplaced masculinity. “No homo” being an important part of the millennial jargon is ample evidence to prove the emotional shackles we impose on ourselves, perhaps unknowingly.

Male friendship and intimacy are two things that hardly coexist in comfort. The entire debacle makes me wonder where this ordeal could have started. No human being is born homophobic, racist, or emotionally impotent. Each one of us is a product of our circumstances, and upbringing. While Nature is responsible our anatomy, and certain subconscious habits, the Nurture we receive as children, ultimately goes on to shape our worldview. In a spoken word poetry piece titled ‘Phases’, Kevin Kantor says,

“I am seven-years old and leaving a play date from Samantha’s house. I give her kiss on the cheek and our mother’s swoon.

I am seven-years old and leaving a play date from Michael’s house. I give him a kiss on his cheek and his mother says, ‘Now that’s enough of…’”

We have raised half the populace with a misunderstood notion of what heteronormative behavior entails. In fact, it has been quite wrong on our part to believe that there is such a thing as “proper heterosexual conduct”. The moral codes do not differ from gender to gender. We have forced latent homophobia into hearts that did not even understand a thing about romance or sexual identity. When we reprimand our son for being a ‘softie’, but encourage him to break things and fight savagely, we are failing as parents. I see my 6-year old brother hug me, hold my hand, and curl into a snowflake when I am around. However, I never see him behave this openly around his brother, whom he should probably be closer to, given that they are the same age bracket, sex, and share similar interests. When they meet, there is none of the overt affection that he showers me with. If my brother houses a sensitive heart, then why is it that only the women in the family ever get to see it?

Children who do not see male affection normalized, grow up to believe that it is unnatural for a man to ‘feel’. In Vogue India’s video starring Madhuri Dixit, ‘Start With The Boys’, a relation is drawn between repressed male emotions and the inhuman phenomenon of domestic abuse. Dixit says, instead of teaching young boys that they should not cry (lest they look effeminate for it), we should teach our children to not be the cause of somebody else’s sadness. At a young age, when we are taught to dislike something, it tends to stick with us. The very lack of emotional expression throughout their lives pushes men to become emotionally constipated and abusive adults. Their levels of maturity never quite flower promptly, because its very existence has been denied for all their living years.

In Stuart Pirie’s essay on male power and domestic violence, it is said, “one strategy to keep this patriarchy in place is using violence or the fear of violence against women”. If we do not want our children to go ruin somebody’s life, become monsters, and go to jail, then maybe we should stop telling them off for displaying basic human emotions. This involves the need for affection; to be able to articulate their feelings for a friend, relative, parent, without being misjudged or ridiculed; to be allowed to participate in the exhibition of affection towards another person irrespective of their gender identity or biological sex. It is the prime responsibility of the parent to ensure their child’s well-being, and while we are at it, let us keep checking in to see if their humanity is in place. Consider it to be just another part of the routine health checkups.

The stigma attached to male emotion only gets worse as one ages. Male sensitivity is so ridiculed, alienated, and feared, that it has been given an altogether different name- ‘bromance’. The word is a combination of ‘brother’ plus ‘romance’. The first part is a desperate attempt to cry out one’s heterosexual leaning. It is a sorry attempt at establishing that even though they are being affectionate towards their friend, in no way does it betray any romantic fervor. The fear is so deep, that they even had to change the term ‘friend’ to a familial relationship, ‘brother’. After all, we do not reside in Westeros.

The second part is equally (if not more) problematic. Why does male friendship and intimacy look like ‘romance’? Is it because the phenomenon of men being anything but rough with other men, happens to be a rare phenomenon? Or have we assumed that whenever men display affection it is always towards a romantic goal? Have men been disqualified from the platonic ideal? The greater portion of popular films have a lot to do with this perception. Men have hardly ever shown to have strong, lasting bonds with women which haven’t ultimately led to either a fairytale marriage or a brutal rejection.

The understanding of the ‘bromance’ concept is varied, and quite revealing of gender dynamics. The Telegraph, UK, published a piece titled, ‘A Fine Bromance: The 12 Rules of Male Friendship’. In it, the definition of ‘bromance’ is, “same-sex ‘couples’ who are as intimate as lovers but get by without the petting and pouting.” The article goes on to add, “Though petting is allowed, at a stretch.” What a mercy, am I right? They have allowed a man to ‘pet’ another male without being labelled as “gay”. Truly what a wonderful time to be alive. You know what these dynamics are called when they are exchanged between two women? Friendship. It is called friendship. However, it could also be because ‘lesbian’ is not an insult, given that even some of the most regressive minds do not know “what they do”, and that there is “no harm in a cuddle” (Nannette, Hannah Gadsby).

In a brilliant essay titled, ‘Another Casualty of Homophobia: Platonic Male Affection’, J. Bryan Lowder writes about an incident on his trip to Spain where he and his partner were invited to a friend’s home, for Shabbat dinner. Lowder notices that the light physical affection of the gay host did not bother him. But he recounted how a similar behavior from another male guest “froze” his body: “—a quiet but warm straight man—rose from his seat, picked up a kippah, gently placed it on my head, and patted the back of my neck. His platonic touch was totally nonchalant for him, and yet it electrified me—not because I found it erotic, but because, at that moment, I realized how rare that kind of fraternal male touch had been in my life. Straight men weren’t supposed to express affection this way.”

How incredibly wrong it is to rob an entire biological sex of their humanity. Our conscience, the ability to articulate, our affection for those outside the immediate family circle- these are just some of the things that have helped us earn the distinguished label of the ‘human being’. Why, then, are we hell bent on undoing the path of evolution, and blur the lines of distinction between us and the other species? Why is it a source of pride for the two biological sexes to be so starkly, and impossibly at loggerheads? Even one of the greatest villains of the Shakespearean canon, Shylock, said, “If you prick us, do we not bleed?” Just like him trying to erase the unnatural distinction between “higher” Christians and “lesser” Jews, men and women should realize that we are not as different as we are trying to be.

Suggested read: 15 Quotes By Chimamanda Ngozi Adichie That Will Inspire Every Feminist To Take The Movement Forward

The thought of two ladies getting intimate is either completely normal, or immediately deemed as erotic, while the same scenario involving two men elicits disgust and mockery. Our double standards, which we flaunt on a daily basis, are wreaking havoc on male friendship and intimacy. Encourage your male friends to hug one another, and discourage the use of “no homo”. If every man you platonically touch just assumes that you are deeply in love with them, then maybe you should find a new friends’ circle, not repress your basic human instincts. It does not take away from one’s character to admit to being sensitive. If anything, it makes the world a better and safer place to be in. 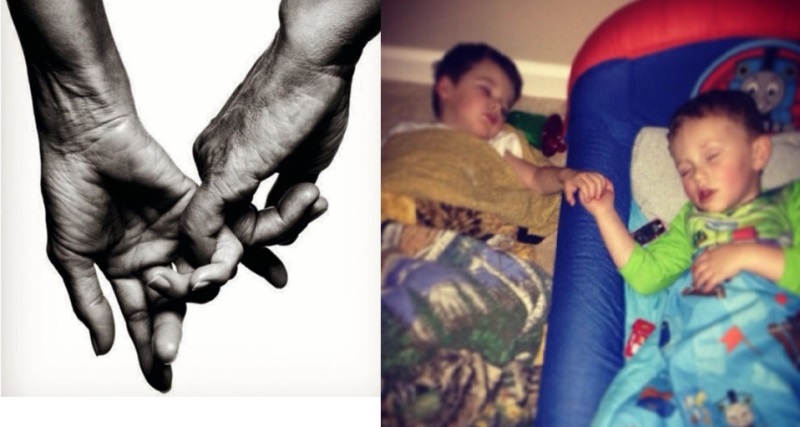 Article Name
The Stigma Attached To Male Friendship And Intimacy Needs To Go
Author
Meghalee Mitra
Description
Male friendship and intimacy are two things that hardly coexist in comfort. The entire debacle makes me wonder where this ordeal could have started.