Listen Up People, Patriarchy Is Harming Men As Well…

First things first: I am a feminist, and I DO NOT HATE MEN! This is significant because, though we constantly speak of how patriarchy has hurt women, we fail to even consider how it may have harmed men.  There has been extensive debate, in the past few decades, on whether men can ever be feminists. Men cannot be feminists because of the intrinsic disparities between genders, said Simone de Beauvoir in her, “The Second Sex”.  Though that was a contention of the past, even today many argue that men can be allies at most, but not feminists, because they can never truly empathize with women. Also as Kat Stoeffel put it in “The Cut”, “There’s something suspicious about anyone eager to identify with the oppressed.”

Well, what stand you take in this discussion depends on how you define feminism. The effects of patriarchy benefit men to the extent that there are no rules policing their bodies, labeling them the default gender! But there are many ways in which patriarchy has done great disservice to men. Societal standards have been toxic for women, but they have also been just as poisonous for men. Their humanity is muffled and muted. Masculinity is defined in such a narrow and discouraging way that it has become anonymous to a coop, an extremely small and suffocating coop. Men are discouraged from showing any emotion of fear or sorrow, because that manifests weakness and vulnerability. As kids, boys are taught ways in which they can conceal their true selves. The result of this: Men who think of themselves as less manly, try to prove that wrong by being aggressive towards “the weaker sex”!

Why does a man have to be the sole breadwinner in the family? Why does he have to be the breadwinner at all? After a woman gets married, she is either forced to let go of her career or, in more ‘educated’ families, expected to abandon it on her own! This shifts the entire pressure of financing on the ‘man of the house’. The strain, actually builds, really early in their lives. When school-going kids go out on dates, however paltry their pocket money, it is the boy who is expected to foot the bill, because only that will prove his manliness, observes Chimamanda Adichie in her  TED talk, ‘We Should All Be Feminists’. Why do men have to prove their machismo via material means?

Do you know what is the worst thing that patriarchy has done to men, by telling them that they must be hard, rock-solid? It has left them with very fragile egos! The tougher a man feels obliged to be, the weaker his sense of self is! And then to cater to this fragile male ego, we tell our daughters to shrink themselves.

Sexual assault is another serious issue that has to be brought to the forefront. 10 to 38 per cent of men in any part of the world are victims of sexual violence, which is seen as something that ‘can only happen to women’! Male rape occurs, and yet it is played for laughs, say, prison rape jokes, or congratulating the man for getting ‘laid’ without him asking for any! This attitude of dismissing sexual crimes against men, to maintain the deeply-entrenched male domination in society, further discourages men from coming forward when raped or assaulted, which seriously impedes recovery.

Some bizarre gender responsibilities too are conferred upon men. While girls are slut-shammed at the drop of a hat, men, on the contrary, are ‘expected to’ try their luck on every girl in sight, irrespective of the latter’s consent! If men do not, however, express such a ravenous sexual appetite, they are demeaned for not being “man enough”! This narrative of men being sexually aggressive and women submissive, is being challenged fairly recently.

Considering that the high rate of suicides among men is being traced back to the cult of virility, which prevents them from seeking help for mental illness, shows that patriarchy may be profitable on the surface, but deep down, its detriments, dwarf the advantages.

Luckily, there is a movement that has been going on for decades to dismantle and uproot patriarchy: Yes, Feminism! To make it work, nevertheless, we need to put in concerted efforts. We need to build a society where men can show their emotions, and don’t have to shame women for doing the same! 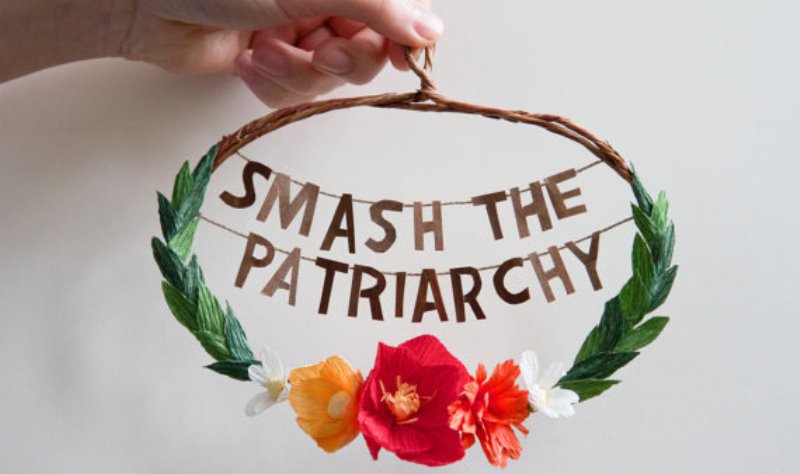