The Forgotten Story Of How Lord Shiva And Parvati Got Married

The story of how Lord Shiva and Parvati tied the holy knot is one of the most essential legends of the Hindu festival of Maha Shivratri or the Great Night of Shiva. Of the 12 shivratris that are celebrated in a year, the Maha Shivaratri is considered to be the most devout. Mythology holds that this is the favorite day of Lord Shiva, who is the ultimate God. Calling him ‘the ultimate’ throws light upon his supremacy over other gods and goddesses. Though there are different versions of why Maha Shivaratri is celebrated, we would like to bring to you the oldest of them all: the marriage of Lord Shiva and Parvati. But before we talk about that we need to know what happened to Sati, Lord Shiva’s first wife, which made Shiva perform the ‘Tandav’.

Once upon a time, Shiva and Sati were on their way home from guru Agastya’s ashram after their regular session of Ram Katha or the story of Lord Ram. While passing through the jungle, Shiva spotted Lord Ram looking for his wife, Sita. Shiva, naturally, folded his hands to show reverence to the incarnation of Lord Vishnu. Sati, surprised by this, asked Shiva who the man was. When Shiva informed her that the humble man was Lord Ram, Sati didn’t believe him. To verify the truth for herself, she transformed into Sita and appeared before Ram. The Lord recognized Sati immediately and asked the whereabouts of Shiva. Sati’s qualms melted away but by taking Sita’s form, she had made a grievous mistake that she was still unaware of. When she returned home, she noticed that Shiva’s attitude towards her had changed. He was detached. Sita was like his mother, and by taking her form, Sati’s status for him had changed. Sati grew depressed with each passing day but stayed on at Mt. Kailash with her husband. 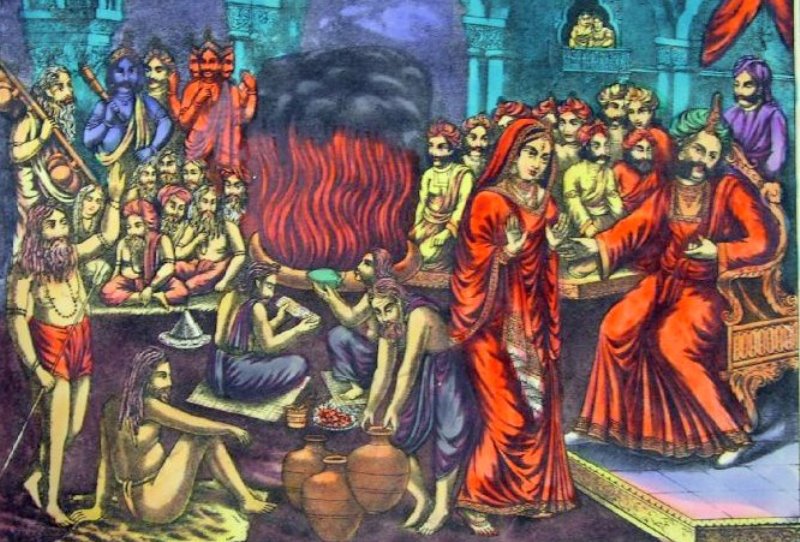 A few days later, Daksha, Sati’s father organized a yagna, but neither invited his daughter nor his son-in-law. Shiva and Daksha had had an altercation in the court of Brahma. Sati, however, went ahead and showed up at the puja. To her great distress, Daksha ignored her completely and didn’t even offer her prasad. Humiliated and struck with intense grief, Sati jumped into the yagna fire and sacrificed herself.

When Shiva heard of Sati’s immolation, he was furious. He carried Sati’s body and started performing the Rudra Tandava (the Destruction Dance). Shiva wiped out Daksha’s kingdom in sheer fury and would have destroyed the entire universe if Vishnu hadn’t appeared before him. Lord Vishnu cut Sati’s body into 12 pieces and scattered them across different parts of the earth. Legend holds that wherever these pieces fell, there arose a ‘Shakti Peeth’. Kamakhya in Assam is one of these peeths. 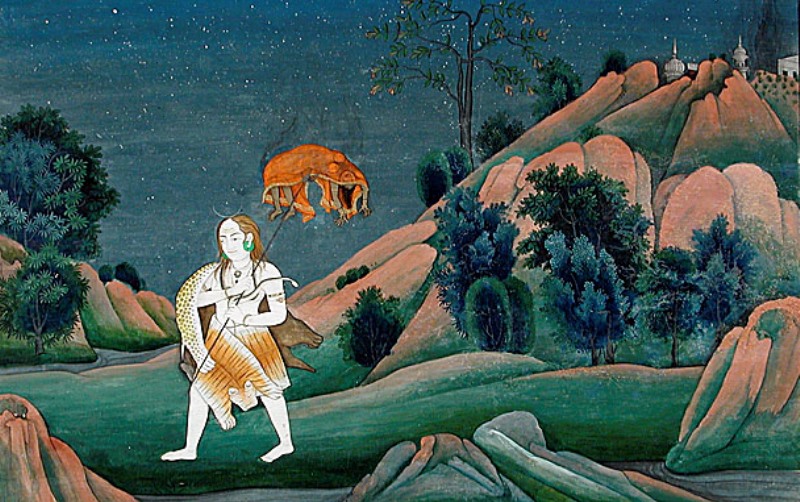 Shiva, now lonely and broken beyond repair, undertook severe penance and retreated to the Himalayas.

While all this was happening on Earth, the Devs and the Devis in Parlok were worried about a different kind of problem; something that could mark the end of the universe. Tarakasura, a supremely powerful demon was converting into a more ferocious and destructive monster with every passing moment. Neither humans nor the gods were strong enough to defeat him. Unable to fight him, all the gods went to Lord Brahma for help. When they told him about their misery, Brahma said that only Lord Shiva’s child could slay this evil spirit.

The Devas were now in a fix. After Sati’s death, Shiva had retired to the mountains and was performing a meditation so abysmal that he couldn’t be interrupted. The devas, once again went to Brahma for help, who advised them to worship the Mahadevi, of whom Sati was an incarnation. Impressed by their pure devotion, the Mahadevi decided to appear before them. She promised that she’d reincarnate and marry Shiva again, and that their child would slaughter Tarakasura.

Soon enough, Parvati (‘she of the hills’) was born to King Himavat and queen Menaka. She was a lovely child, full of gusto and delight. However, she was a fierce devotee of Lord Shiva. Even as a kid, she preferred praying to the Lord rather than playing with her friends. 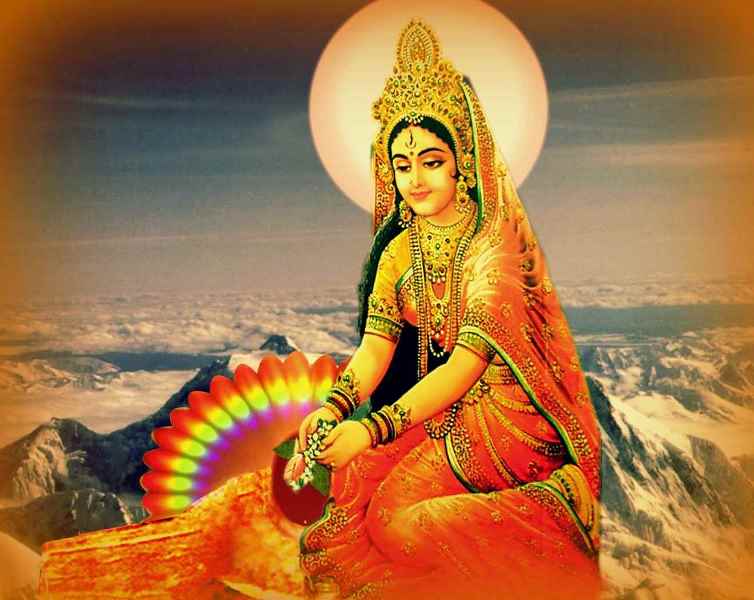 As she grew up, the stories of her beauty and intellect spread throughout the world. Suitors started pouring in from various parts, but she rejected them all. She would only marry Shiva and no one else. When she told her parents that it was Shiva she wanted as her husband (smiling radiantly though blushing), they were flabbergasted. They knew that this was impossible. While they were having this conversation, Lord Narada, Brahma’s son, dropped by. He, living up to his reputation, had already overheard the whole conversation. He advised Himavat to take Parvati to Shiva and ask him to take her as a help for his daily prayers.

Suggested read: Did you know the fascinating story behind Karva Chauth celebrations?

As advised Himavat traveled with Parvati to Shiva’s abode, where he found him meditating. When Shiva opened his eyes, Himavat bowed and told him what a fierce devotee Parvati was of him, and that he was hoping if Shiva would take her in as a help. Shiva nodded and agreed to the arrangement.

Days passed. Parvati helped Shiva with everything concerning his puja and tapsya. The lords were very pleased seeing this and thought that soon their plan of getting Shiva and Parvati married would materialize. However, to their dismay, Shiva remained immune to Parvati. With each passing day, they grew worried because in a different place, Tarakasura was growing more ferocious by the hour. In their attempt to speed things up between Shiva and Parvati, the gods turned to Kamadeva, the God of erotica and love.

Kamadeva agreed to help the gods, picked up his floral bow and sugarcane arrows, and left for the Himalayas. After reaching Kailash, Kamadeva fired an arrow of love at Shiva. Contrary to what he had expected, Shiva grew furious. That’s when he opened his third eye and burned Kamadeva into ashes. After doing so, Shiva demanded that Parvati better leave immediately. Distressed and more in love than ever, Parvati began performing penance in a grove. She worshipped Lord Shiva for years despite the weather and the hardships she had to endure. 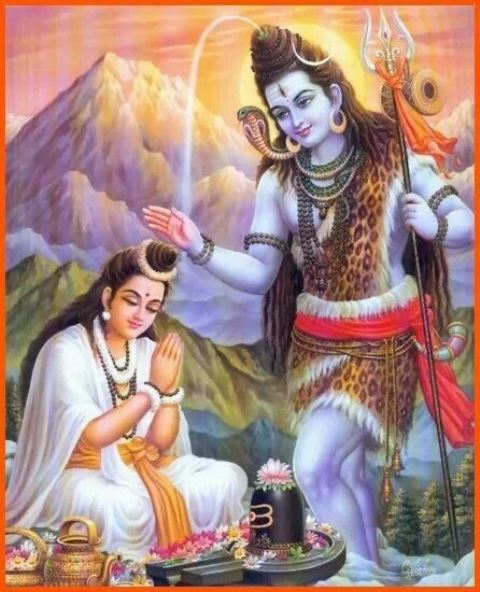 When Shiva learnt of this, he rushed to see if it were true. Impressed by her meditation, he decided to take a final test of Parvati. Transforming into a young ascetic, Shiva approached Parvati.

He said, “Dear lady, I have been watching you for a few days now. I have never seen a penance like this, where one doesn’t eat, drink or even take notice of people who come to meet the person. I wonder what could prompt a beautiful lady like you to do such a thing to herself!”

Smiling, Parvati replied, “Love. I do it for love. I have loved Lord Shiva with all my heart and I will continue with my penance until he accepts me as his wife.”

“Shiva?” said the young man in surprise. “That wild wanderer, who doesn’t have a house; who roams around graveyards almost naked?”

Sati grew furious at the young man’s mockery and retorted, “Yes, that Shiva who is the master of the three worlds. That Shiva who cannot be understood by puny minds like yours!” She screamed the last four words and marched off.

Suddenly, Shiva appeared before her with moist eyes and a faint smile. “Forgive me, oh Parvati! I could not realize that you were my Shakti, my Sati, in a different form and with a different name. I am sorry that you had to go through so much pain in this life and the previous one, all because of me.”

At this, Parvati started crying too and held Shiva tightly. Realizing what she had just done, Parvati turned away shyly and told Shiva that he would have to talk to her father for her hand! 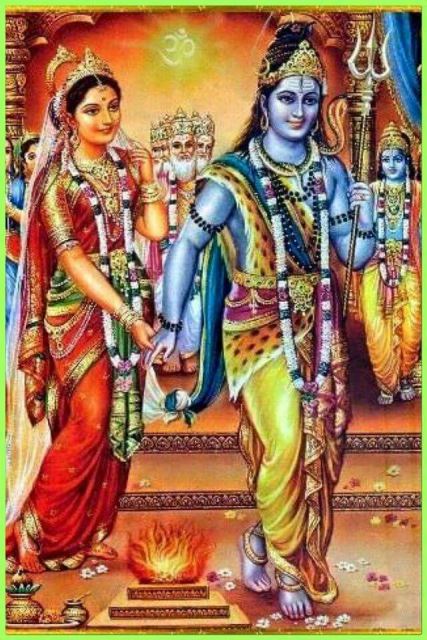 Suggested read: Why is Diwali celebrated?

After a week, Shiva and Parvati got married. At his wedding, Shiva arrived on his bull, donning skull and bone ornaments. But as soon as he stepped on the pandal, his appearance transformed. He was now wearing a glittering wedding robe, with gold ornaments and splendid fragrance. Parvathi looked gorgeous in her bridal dress, and beamed with happiness. The wedding was attended by all the gods and goddesses including Lord Vishnu, himself. According to the puranas, Vishnu gave away Parvati to Shiva as his bride. After the pheras, Shiva danced in pure glee and entertained the crowd with his splendid performance. The couple soon departed to Kailash for their honeymoon and then… 😉

In a year, Kartikeyan was born to Shiva and Parvati. It was Karikeyan who slayed Tarakasura and fulfilled his destiny. Parvati and Shiva had a second son a few years later and named him Ganesha. And the rest is history!

Well, now that you know the real story behind the marriage of Shiva Parvati, you will be able to celebrate the festival with a more enlightened mind than before! Thank us later! Shubha Maha Shivaratri. 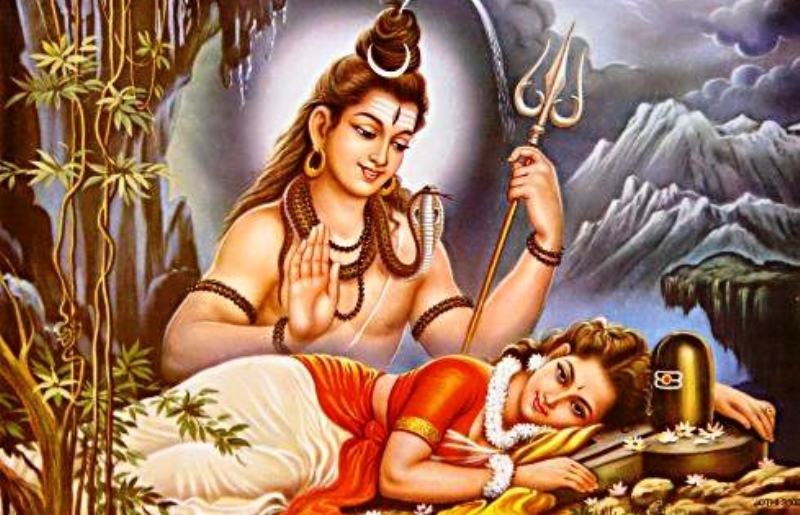 Article Name
The Forgotten Story Of How Lord Shiva And Parvati Got Married
Author
Riya Roy
Description
With Maha Shivaratri just around the corner, read how Lord Shiva and Parvati were married, and what is the significance of the festival.