Vocabulary And Other Brilliant Poems By Jason Schneiderman

Jason Schneiderman is the author of poetry collections, Sublimation Point and Striking Surface. He earned an MFA from the New York University. He did his fellowship from the Fine Arts Work Center in Provincetown. He is the winner of the 2009 Richard Snyder Publication Prize from Ashland Poetry Press.

Here are some of the finest works of Schneiderman.

I used to love words,
but not looking them up.

Now I love both,
the knowing,

and the looking up,
the absurdity

of discovering that “boreal”
has been meaning

“northern” all this time
or that “estrus”

is a much better word
for the times when

I would most likely
have said, “in heat.”

When I was translating,
the dictionary

was my enemy,
the repository of knowledge

that I seemed incapable
of retaining. The foreign word

for “inflatable” simply
would not stay in my head,

though the English word “deictic,”
after just one encounter,

has stuck with me for a year.
I once lost “desiccated”

for a decade, first encountered
in an unkind portrayal

of Ronald Reagan, and then
finally returned to me

in an article about cheese.
I fell in love with my husband,

not when he told me
what the word “apercus” means,

but when I looked it up,
and he was right.

There’s even a word
for when you use a word

not to mean its meaning,
but as a word itself,

and I’d tell you what it was
if I could remember it.

My friend reads the dictionary
for its perspective on culture,

laughs when I say that
reference books are not really

used to joke that if we were bored
we could copy pages out of the dictionary,

but when I did, also as a joke,
she was horrified rather than amused.

Discovery is always tinged
with sorrow, the knowledge

that you have been living
without something,

so we try to make learning
the province of the young,

who have less time to regret
having lived in ignorance.

My students are lost
in dictionaries,

unable to figure out why
“categorize” means

“to put into categories”
or why the fifth definition

of “standard” is the one
that will make the sentence

in question make sense.
I wonder how anyone

can live without knowing
the word “wonder.”

A famous author
once said in an interview,

that he ended his novel
with an obscure word

he was sure his reader
would not know

because he liked the idea
of the reader looking it up.

He wanted the reader,
upon closing his book, to open

another, that second book
being a dictionary,

and however much I may have loved
that author, after reading

that story
(and this may surprise you)

I loved him less.

The answer is entropy—how smell works—

off from where they were—flying off at random

into the world—which is to say into air.

There are other ways of solid to gas—

or dry ice—how I felt when I saw you—

straight to a new state without passing

through expected ones—as though enough

of me left at the moment you appeared that

I could never be whole without you—apply

Suggested read: “Beyond Speech, Beyond Song, Only Not Beyond Love” The Poetry Of Eavan Boland2018

it’s amazing how death
is always around the corner,
or not even so far away
as that, hiding in the little pleasures
that some of us would go
so far as to say
are the only things
keeping us alive

Do you remember Sita? How when Hanuman came to rescue her

she refused, how she insisted that Rama come openly,

defeat her captor Ravana openly? She had no desire for stealth,

no desire for intrigue, and though Ravana could not touch her

for the curse on his flesh, she remained captive until Rama came.

Do you remember that she was tortured? That Hunaman asked her

for permission to kill the women who had tortured her? Do you

remember how she walked through fire to prove her purity,

even though everyone knew of the curse on Ravana? How the people

said the fire didn’t matter because Fire was the brother of her mother,

Earth? How Rama was as weak in the face of his people as he

had been strong in the face of Ravana? Can you imagine the eyes

of Sita when she refused another test? When she looked at Rama,

a man she loved enough to die for, a man who was a god, and knew

it was over? Can you imagine her eyes in that moment, as she asked

her mother to take her back, to swallow her back into the earth? I think

In one story, the lovers are two halves
split by jealous gods, and in another story,

the lovers are victims of a wicked baby
with a bow and arrow. In one story,

love means never touching, but exchanging
a lot of handkerchiefs, and in another story,

love means a drastic change in brain
chemistry that lasts a year, even though

the after effects are lifelong. In one story,
love is the north star guiding sailors,

and in one story love is a sharp blade,
a body of water, and a trophy all at once.

The truth is that love is nothing but itself,
an axiomatic property of humankind,

like storytelling and explanation giving,
which explains why everyone explains

love in stories, the way I once called it
a form of disappearing, and my favorite

Put away the easy chair, Babs. Let’s let love
be felt in its touch, and be known by its face.

This is all we have on today’s post on the Best Poems By Jason Schneiderman. This is, however, not an exhaustive list, and if we have missed out on some of your favorites, then please feel free to add them in the comment section below. 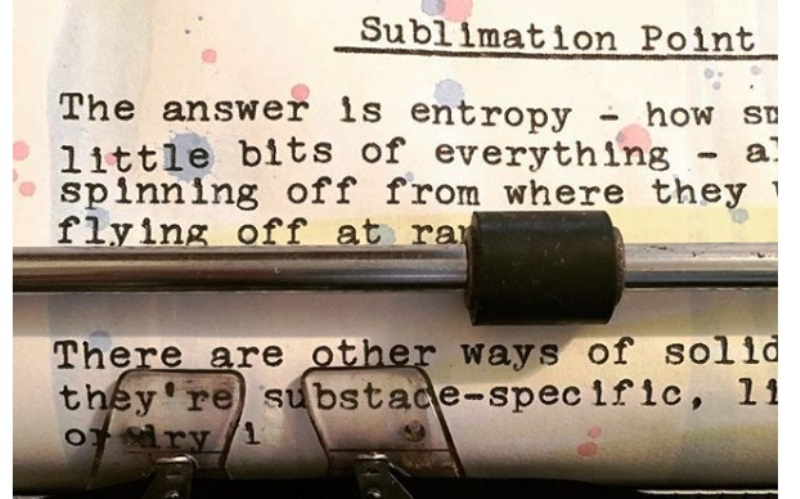