Just Wanna Netflix And Chill? There’s A New Dating App For That!

Most everyone knows what an invitation for ‘Netflix and chill’ really means. And for those who are clueless about it, it means what happens after the movie is over. <*wink*wink*> And apparently, there’s an app for that, and it’s called TikiTalk.

Here’s how it works. Users can send a message that reads ‘Netflix and chill?’ to other nearby users, and if that request is accepted, TikiTalk opens up a line of communication via chat. Netflix and chill isn’t the only option for users of TikiTalk, but the app allows users to add all sorts of activities – both fun and staid – to their profiles, like going to a food festival, or a museum, or a music concert, or grab a beer, or go clubbing. These activities then become the basis for sending out invites to nearby fellow TikiTalkers. 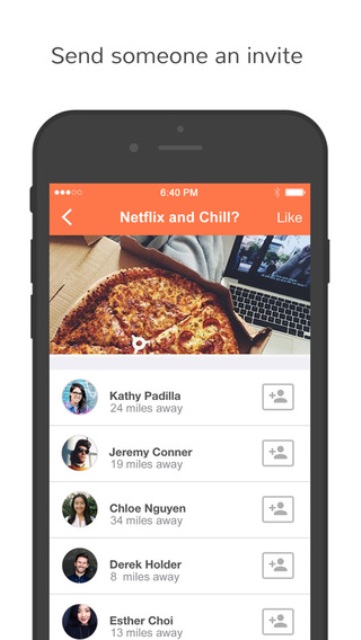 Instead of long-winded conversations with the inane questions of ‘what’s up?’ or ‘hey beautiful,’ TikiTalk goes to the heart of the dating game and puts up the activity a user wants to pursue. And if another user is also interested in the same, they can immediately make plans and meet up. Another feature of TikiTalk is that two users need not be matched before they are able to have a chat with each other.

TikiTalk has the potential to become a hookup app a la Tinder, with its ‘Netflix and chill’ option, which basically screams out ‘sex!’ But, Daniel Ahn, the founder of TikiTalk, told Bustle in an email,

“Whatever to spark a smile or laughter to start a conversation.” 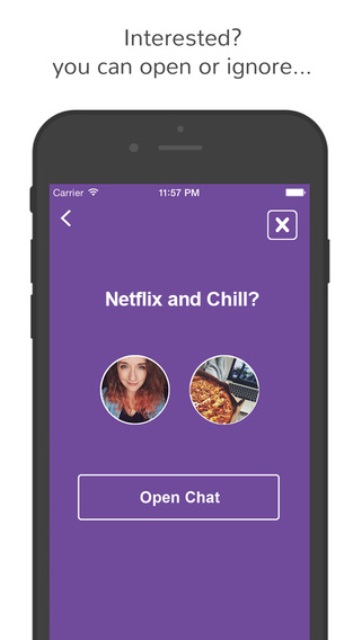 There’s also an ‘explore’ option on TikiTalk, which allows users to browse activities and events under different categories like adventure, nightlife, foodie, health and fitness, arts, and style. And guess under which category the ‘Netflix and chill’ option is under? Yep, it’s under Nightlife. 😉

Suggested read: Sizzl dating app by Oscar Mayer is for all the bacon lovers out there

TikiTalk is unlike Tinder, the market leader of hookup apps. Speaking about the differences between the two apps, Ahn said,

“With Tinder, you have to swipe with every person… With this app, you literally open it, and you see who’s around you. From there, you can send them an invite to Netflix and chill.” 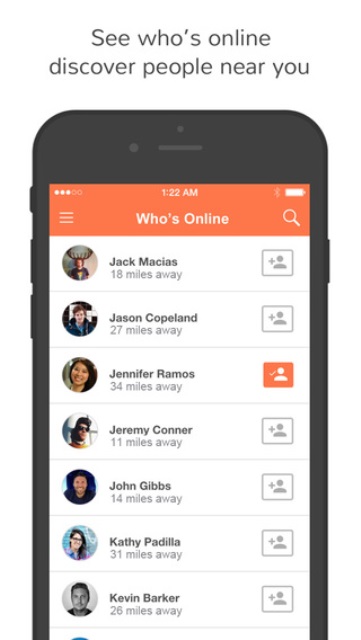 TikiTalk dating app page showing who is online near a user

Talking to Bustle, Ahn explained the idea behind putting up the events and activities on users’ profiles:

“I felt like conversations were lacking substance nowadays. It’s always a bit awkward and starts the same with ‘Hey… watsup. How’s your day going? You’re cute… etc.’ This helps nobody. With TikiTalk, let’s face it. It’s funny and it allows people to initiate a convo with a common interest. Both parties share something in common and that’s pretty cool.” 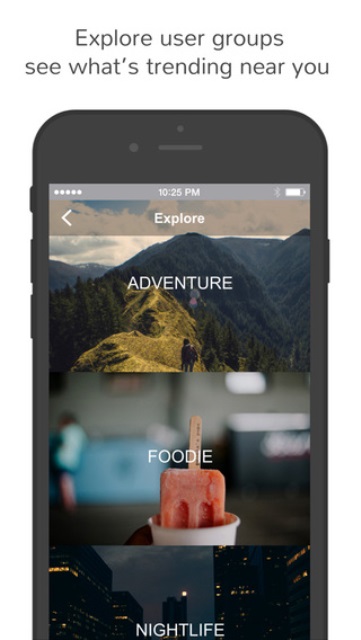 Apart from a user profile, there is also a ‘board’ similar to a timeline on Facebook where a user can post updates. There are even ‘follow’ and ‘following’ buttons as well, although TikiTalk doesn’t show how many followers a user has on their profiles. Talking about this feature, Ahn explained,

“This makes it equal playing ground for everyone and also discreet. I feel like with Instagram and other apps, it just becomes a popularity context. How many followers do you have, how many likes can you get. And that’s wack.”

Netflix and chill maybe a code word for hooking up casually, but TikiTalk depends on how many users actually use it, and if they see the benefit of keep using it.

Article Name
Netflix And Chill Is An Actual Dating App!
Author
Chaitra Ramalingegowda
Description
Netflix and chill maybe code for hooking up, but TikiTalk 'dating app' has come up with formal invitations that users can send out to hook up by Netflixing!