Tiny Red Ant Proves That Flowers Are Never Out Of Fashion!

Giving a bunch of flowers to a friend to brighten their day sure is a great gesture. Just the sight and fragrance of flowers infuses warmth and makes you happy. It sure is the perfect way to cheer someone up or brighten someone’s day. And the tiny ant in this picture has the same notion, and we adore the tiny creature for it! 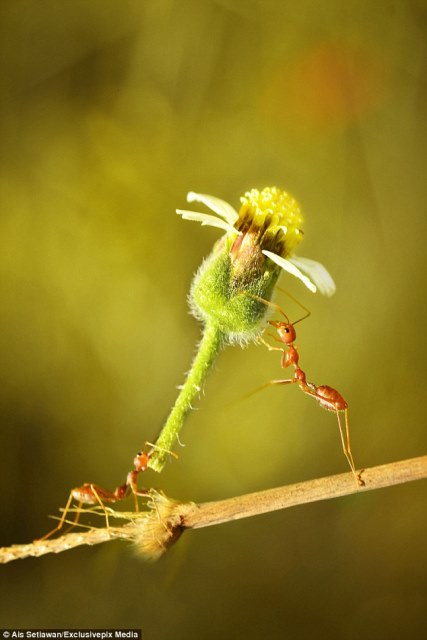 In a stunning picture captured by Indonesian photographer Ais Setiawan, an ant is seen to be holding aloft a single, blossoming flower, which is almost three times its size, to a fellow ant. Precariously balanced on a branch, the tiny creature was captured in Batam, Indonesia. The series of stunning pictures was taken by Setiawan back in January. Setiawan is originally from Jakarta.

A further series of images show the two ant pals moving around other flowers, balanced on the tiny branch. In one of the pictures, one ant is seen moving up a flower with another balanced in its mouth. 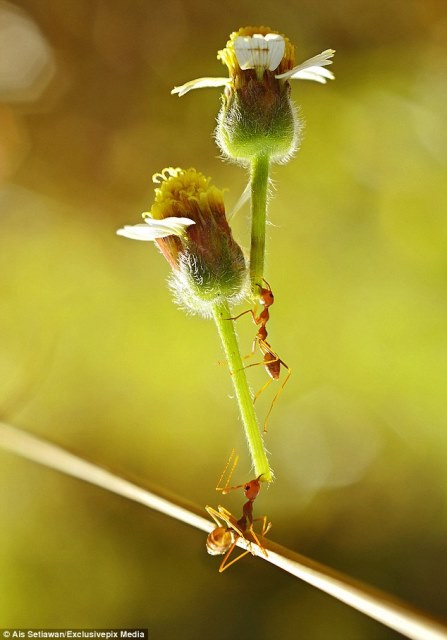 In another shot, the two pals can be seen next to each other, each holding a flower vertically. 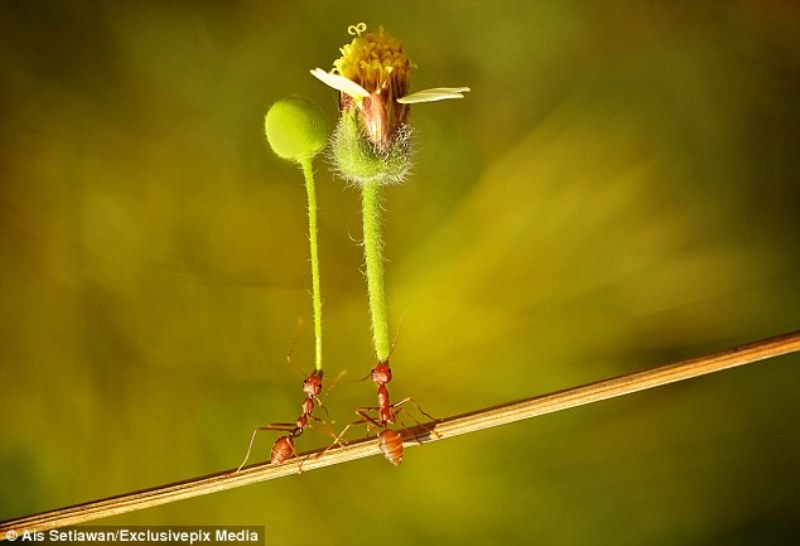 The red ants pictured in the series of shots, usually build nests in trees with leaves stitched together with silk that is produced by their larvae.

The tiny creatures measure about 8mm, and the flowers are thought to be at least more than three times their weight.

Red ant colonies are known to consist up to 500,000 workers, sometimes with hundreds of nests inside a single colony. They usually prey on small insects, often dismantling them, so that they can be easily carried in small pieces.

Suggested read: #ToyLikeMe and Makes – we are so proud of your work!

How adorable are these ant friends?

Would you carry something three times your weight, just to brighten someone’s day? Tell us what you think in the comments below!