#ToyLikeMe And Makies, We Are So Proud Of Your Work!!

It took one woman in UK to realize what the pied pipers of the childhood fantasy – the global brands of the toy industry were doing wrong! And she immediately set out to redress the wrong with her now-popular and successful campaign #ToyLikeMe. That woman is Rebecca Atkinson.

It took her four years into motherhood to realize that as the plastic knickknacks in her home increased in number, something entirely different leaped forth of the toy box that housed an army of Playmobil figures, a soup of Lego, a sea of cutesy Sylvanian rabbits among several other toys. The spirit of exclusion. Not one figure in her toy box or in the macrocosmic toy world available to kids to ‘choose-and-pester-parents-into-buying’ from had a hearing aid or a walking cane or any kind of disability! 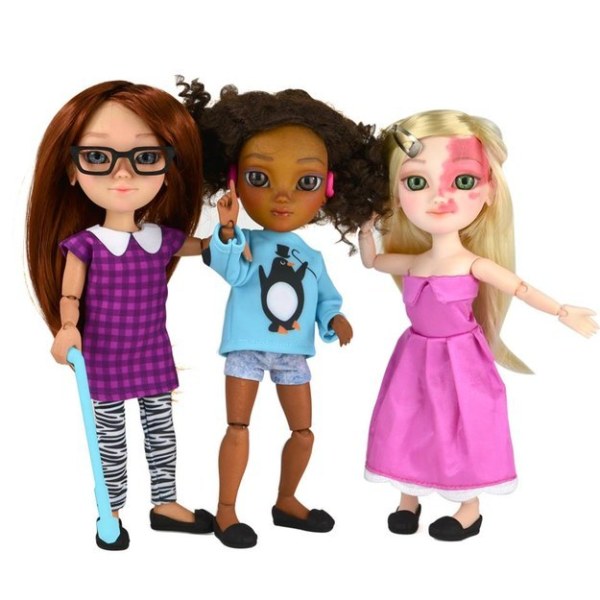 With about 770,000 children with disabilities in UK alone and more than 150 million worldwide, it is startling to note that our tiny tots and young yappers enter a world wherein the industry that creates the nominals of their entertainment, the building blocks of their life, quite conveniently excludes such a huge chunk of their consumers! Rebecca expresses her disconcert and rage at these exclusionary hermeneutics of the silent (yet utterly harmful and negative) dialogue between the toy industry and its consumers in no uncertain terms:

“The global toy industry is worth £2.9bn but there are no wheelchair-using Barbies (Mattel’s toe-curlingly named Share a Smile Becky was discontinued several years ago along with American Sign Language Barbie). Playmobil’s answer to disability is a boy with a broken leg and an elderly man being pushed in a wheelchair by a young blonde woman. What does this say to children? That only old people need wheels? That childhood disability amounts to a few weeks with your leg in plaster and then goes away?” 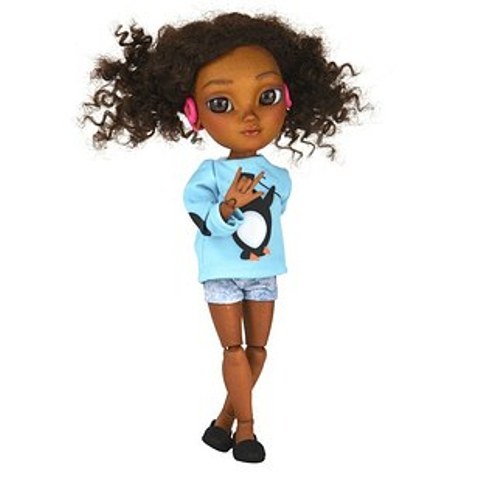 Makies doll – with a hearing aid

But it wasn’t toward meting out a steady stream of invectives that she intended to channel her rage. She wanted to have toy boxes at her place and around the world to exude the spirit of positive representation of children who’d be able to identify with the figures they dress to embody their own dreams or even deck themselves like! Together with two friends with children with disabilities – Karen Newell, a former play consultant for Ragdoll Productions who has a son with visual impairment, and the deaf writer Melissa Mostyn, who has a daughter with cerebral palsy, set up a Facebook page and a Twitter account and started using the hashtag #toylikeme.

Together, they started making their own toys with impairments and posting them online. Soon, Makies, a  toy company, got inspired by their campaign to launch their own series of dolls designed to look like young children who had disabilities. On the inspiration received from #ToyLikeMe to revolutionize conventional, mainstream toy-making and make it more inclusive, MakieLab CEO Alice Taylor asserts,

“The inspiration was the campaign #toylikeme and the photos that people were posting to it — both of hand-modified toys, and of their own personal photos.” 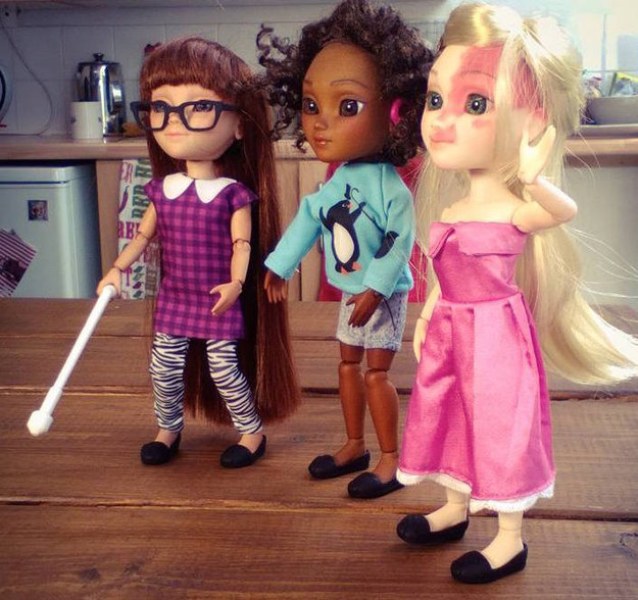 Makies dolls – with a walking cane, hearing aid, and a birth mark (l-r)

The company, which launched in 2012, has so far come up with three dolls – one with a hearing aid, another with a walking cane, and the last with a birthmark on her face. They assert that they are also working on a doll that uses a wheelchair, a k-frame walker, and a longer cane and that they are also going to do a series of made-to-order birthmark series. The toys, which are reportedly the first 3D-printed dolls in the world, retail for £69, or roughly $108.

Taylor also mentioned that Rebecca had written to them asking if they could come up with more prototypes and help make their vision a reality, to which Alice responded with an enthusiastic and affirmative mail, exhorting the mothers for suggestions. In the pipeline are toys with stomach tubes, hearing aids, wheelchairs, and guide dogs.

“We’ve always wanted to do inclusive accessories, so she gave us some suggestions and we got right on to designing,” Alice said. 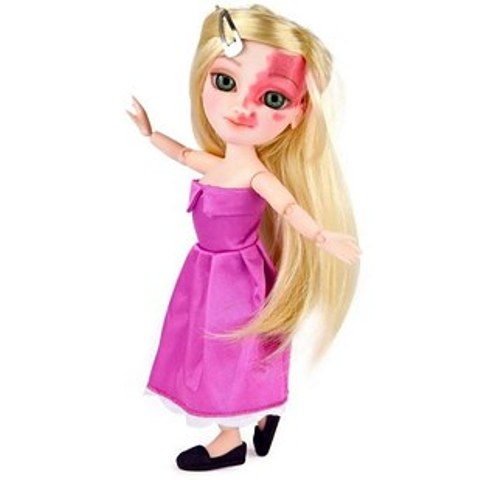 Makies doll – with a birth mark on her face

And while Makies and #ToyLikeMe are thrilled at their achievement so far and continue on the path, #ToyLikeMe is exhorting and calling on other biggies and leading players to follow suit.

And that’s what we want to say too!

As for Makies and ToyLikeMe, we doff our hats to you for including millions of children into the world they wish to be a part of – and gifting them REAL smiles!

Article Name
ToyLikeMe And Makies Make Dolls With Disabilities
Author
Sejal Parikh
Description
ToyLikeMe started as a FB campaign to help disabled children identify with the microcosmic world of their own fantastical representation but it since grown!