How To Tell You Are With A Malignant Narcissist

In the 21st century, which has seen the growth of social media (along with criticisms for the same); most people are familiar with the word “narcissism,” even if they aren’t a big fan of Greek mythology. However, sometimes, people tend to use it without much thought. Today, we’ll learn a little more about it.

Narcissism, according to the Comprehensive Textbook of Psychiatry, is defined as “self-love linked to autoerotism but devoid of geniality. Narcissistic personality disorder is recognized by both the DSM-5 as well as the ICD-10. It has been defined as a “personality disorder characterized by a grandiose sense of self-importance, preoccupation with fantasies of unlimited success…and disturbance in interpersonal relationships”.

Suggested read: Is A Narcissist Capable Of Love?

However, even with such detailed definitions and explanations of Narcissism, there are still some sub-types of this personality disorder which are purely in their experimental stages and have not yet been recognized by either diagnostic manuals. Among these is Malignant Narcissism, which we are going to talk about in detail today.

What is Malignant Narcissism?

“Malignant” by itself can seem pretty menacing, put narcissistic beside it and well, I’m sure you are squirming in your seat a bit. Paranoid, antisocial and sadistic features characterize malignant Narcissism. It is, according to Wikipedia, “a mix of extreme narcissism, antisocial behavior, aggression, and sadism.” As such, people with this type of personality disorder tend to be hostile, they do not value their relationship with their families, other social groups that they may associate with, and tend to debase people with whom they associate. While this sub-type is still considered to be hypothetical, for today, we all will agree to look the other way and talk about what causes malignant narcissism and how you can spot one.

How do you know if someone is a malignant narcissist?

If you are wondering how to find out whether someone is a malignant narcissist or not, here are a few signs that you should look out for:

Malignant narcissists completely immerse themselves in the idea that nobody can even hope to be better than them. If they find an opportunity to prove that your, or somebody else, is beneath them or that your skill set falls short of something, they will not hesitate to point it out. Their purpose is to let everyone know that they are better, period.

Do not worry; they won’t always attack your insecurities or pitfalls. Sometimes they are nice enough to compliment you, in a way you wish they hadn’t. They will use compliments in a backhanded way to make you feel as if your accomplishments are not worth it. Backhanded compliments are just another way for them to assert their superiority by bringing others down.

Given the fact that malignant narcissists are prone to hostility, this is not very surprising. It may seem like they are always ready to argue with you, and are always on the defensive. They are not able to empathize with others, in an argument they won’t stop to consider the other person’s view on the topic, after all, how can they be wrong? They are prone to lying cheating, manipulating, and using whatever means that may be necessary to get to their goal.

Of course, to a malignant narcissist nothing exists in the world apart from themselves. They may make plans with you, to cancel on you at the last moment. It’s all about their feelings (or, the lack of it) and what they need or want at the moment. Their lack of empathy makes it difficult for them to see beyond their own self.

Suggested read: 20 Definite Signs That Prove You Are A Covert Narcissist

They are unable to take criticisms. Malignant narcissists have a very fragile sense of self; they cannot handle their flaws being pointed out to them. Unlike most people, they cannot accept, let alone stand the thought that there may be something wrong with them. They are quick to retaliate; you think they have faults? Well, here is an itemized list of yours. That’s fun.

It is apparent that a malignant narcissist thinks highly of themselves, and hence, they think they also deserve all of the attention in the room. Their need for attention is not always a negative attribute; some malignant narcissists thrive off of positive attention, they’ll do anything to be praised and revered. But, it is just as likely that they may want to be chillin’ like a villain.

Malignant narcissists put themselves on a high pedestal, and subsequently expect everyone else to do so as well. They believe that their presence in any place should be treated as indispensable. They cannot fathom that they will not be the essential thing in the room.

Malignant narcissists do not care what others have to say about them or anything else really. After all, they view everyone else as being inferior to them, so how does it matter what their opinion on any topic is? They like to be in charge, and hence, they will not care or even want to know what you think about almost anything. The only opinion that matters is theirs and no one else’s.

More likely they not, if things go awry, malignant narcissists are not ready to take responsibility for it. They ensure that the situation is spun in a way to make it seem like they are the ones in the right, even when it is not the case. They will make sure that their actions are never doubted, they will make it seem as if every step they take is justified and will not accept any criticisms.

The list described so far make malignant narcissist seem like people with whom you wouldn’t care or want to hang out, and like they wouldn’t want to spend much time with you either. However, these people need someone around so that they can demean them and feel better about themselves. Hence, despite their less than positive qualities, they can turn on their charming persona to attract people who can be their next target.

It is easy to make out such narcissistic people to be the villains. However, it is important to remember that these people cannot really control much of their tendencies. Some events or factors in their life have shaped their personalities today. It is not easy to point to a single element and say “this is what causes malignant narcissism,” as with all other types of disorders, there are many factors which contribute to it. Nature and nurture seem to play a big part in causing malignant narcissism.

As is the case with many mental illnesses, family history and genes play a significant role in determining whether or not a person will develop a narcissistic personality disorder. If there is a history of a close relative in the family suffering from such illnesses, it is more likely than not that a person has a genetic predisposition towards developing this type of personality disorder. A prominent neuroscientist, Dr. Fallon as described that a narcissists pleasure centers do not work in the same way as for most people. Narcissists are not able to derive pleasure from watching TV or listening to music. They are genetically predisposed to be more prone to violence, aggressive behavior and a lack of conscience. Fallon has also suggested, that these genes are “activated” or “turned on” depending on the treatment during childhood. Abuse in the form of neglect as well as too much coddling has been commonly associated with individuals developing malignant narcissistic tendencies later on in life. Children’s first targets ten to be family members and relatives, who appear to be easy targets, they use these people to practice their manipulation on which allows them to develop the skills that they need in order to adequately feed their narcissistic personality later in life by attacking other unsuspecting victims.

Suggested read: Start With Self: 12 Out-Of-The-Box Self-care Strategies You Must Adopt Right Away

Dealing with malignant narcissists can be quite taxing and it may also be harmful to your mental health. People who are empathetic are easy targets for malignant narcissists, and they derive pleasure in making them feel unimportant, which can take a toll on their self-esteem. Educating yourself about such people can be crucial, and quite useful if you find yourself dealing with one. The signs are easy to spot, and cannot be mistaken easily. It is important to remember, that there are certain causes for their behavior. You may try to aid them in getting the help that they need form a healthcare professional, but more importantly, you should be aware of when you should call quits on dealing with their toxic behavior. 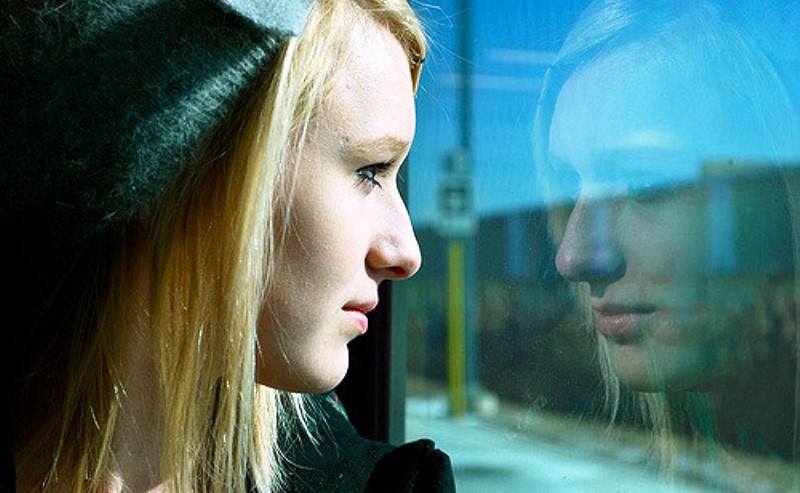 Article Name
What Causes Malignant Narcissism? Let's Find Out!
Author
Srijoni Sircar
Description
In today's post, we will talk about what causes malignant narcissism and how you can spot one who has it.