It’s annoying when someone begins their sentence with “ideally,” for it’s a bit hypocritical, don’t you think? When someone says, “ideally, it should have been like this,” they’re inadvertently comparing something to an already existing idea in their minds. It feels as though they have expectations that aren’t being met, and there’s only one way how that would end – as a big disappointment!

Somewhere in the 90s, when you were growing up, you had a whole list of things, like a checklist you mentally prepared that you wanted in a man when you were thirteen. Remember? Your point of reference was probably Brad Pitt or Tom Cruise, the reigning heartthrobs. So, your list most likely started with good looks, a great body, and ended right after those two criteria.

Then, you grew older; at eighteen, you met a few boys and although they did check off a few points from your list, they still weren’t all that ‘perfect.’ 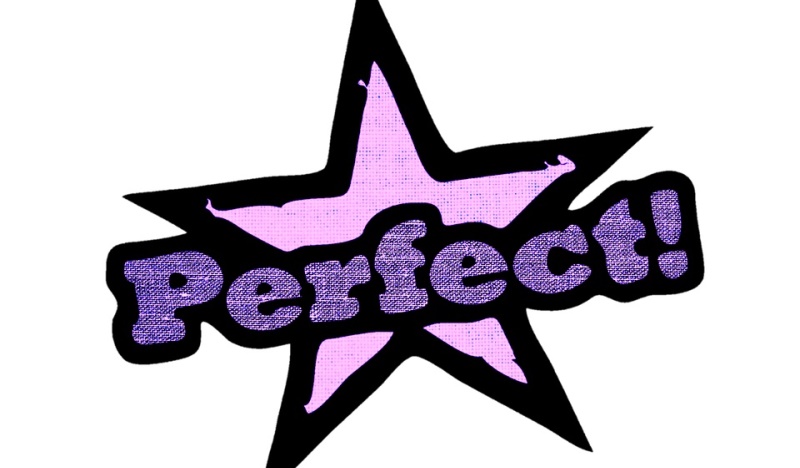 Once you turned twenty-five, reality paid you a visit, and you learned that most men you meet are light years away from the list you made when you were thirteen! Such a pity, isn’t it? From then on, it’s been pure disappointment; in other words, it’s also called LIFE.

The older you get, the more you realize that the ideal man is a myth. It’s a myth we women delude ourselves with. That’s also because from a young age, we coherently believe and anticipate a certain amount of expectations from the men we meet.

The movies we watched, the books we read, and growing up looking at a handful of nice men like our own fathers and/or brothers, we began thinking and putting our elusive checklist together, trying to make a perfect blend of the various good qualities that we liked.

So, we grew up in oblivion. At least, some of us did.

I had a friend in college, who had never had a boyfriend. Partly because no one asked her out, and partly because, she had very high expectations from any guy. So, if she ever found a guy remotely attractive for whatever few reasons, she had a hundred other reasons to not like him in the next minute. That went on, time flew by, she got older, yet no boyfriend. How could she? She wouldn’t, couldn’t, settle for anything below her ‘mental expectations’ of how a guy must be. Finally, it was that time, a time for her to either leave home or get married. She chose marriage.

She got married to the guy her parents chose for her. So much for having expectations, right?!

And what happened, you ask? Any guesses?

Well, she learned it the hard way. She’s still married (happily) if you were wondering. 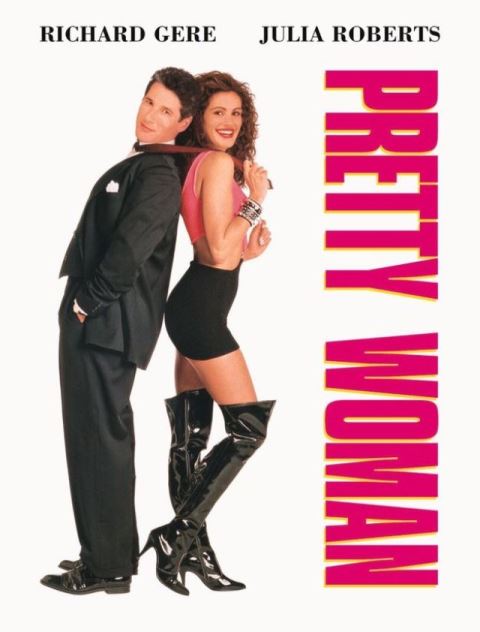 Sadly, there isn’t an Edward Lewis for every Pretty Woman out there. Mr Darcy is only a fragment of Jane Austen’s imagination, and it is said that Michelangelo’s statue of David is also flawed. Therefore, if you’re still looking to find the perfect man, you must give up. Don’t get us wrong, we aren’t discouraging you, we’re merely preparing you for what’s to come.

Suggested read: 20 tellale signs your boyfriend is perfectly imperfect for you

Let’s face it, and we bet you’ve heard this a million times before. Sorry, but we have to repeat it again – no one is perfect. Period.

The ideal man hasn’t been born yet.

Wait, till you hear us out.

The ideal man is just an illusion of what we have idealized. A lot of women may be too proud to admit this, and would probably say that they’ve found their perfect match; perhaps they have. Perhaps the man they found is perfect for them, but it doesn’t mean that the man is perfect all by himself. No one is. Ever. The logic of idealizing solely depends from one person to another. What works for me wouldn’t work for another, right? And so, an ideal man is born. 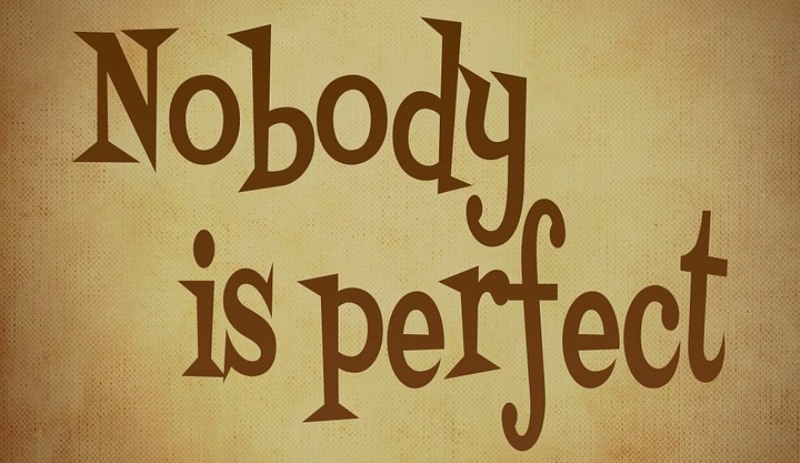 An ideal man will be as ideal as you imagine him to be. There is no such thing as an ideal man, a man will only be so much you believe he is capable of.  If you’re willing to accept him for who he is, he’d be ideal for you. If not, you’re fooling yourself, and most importantly, wasting your time.

You are never going to meet a person who ticks off all those 100 little things from your mental checklist. He may not even match a fraction of them, but if you think he’s close to at least some of them on that never-ending-overriding list of yours, we believe you must simply go for it. That’s not exactly compromising, but accepting reality.

What romance novels and movies made us believe was a farce. Because it’s easier said than done. It’s easy to say that a man has to be a certain way, look a certain way, talk, dress, and behave in a particular manner. But in reality, that never happens, because we are all flawed individuals.

More importantly, who sets these parameters, and why?

Why are we so fascinated by the word ‘ideal’? What does that even mean? 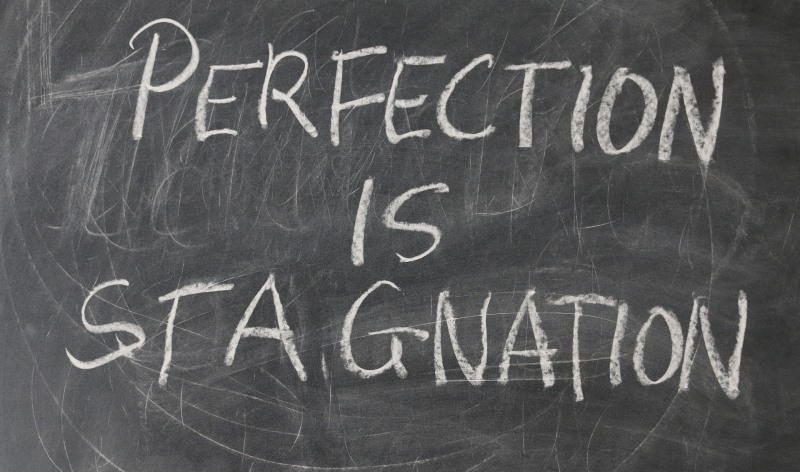 Because each of us are different, our definitions of various terms will also vary. While some girls dig guys who are overly romantic, the hand holding-flower sending types, some others would get totally annoyed with all the unnecessary PDA and mush. While some women prefer long walks after dinner, some others may like a cozy cab ride. Some like the messy stubble, others prefer a clean shaven face. Some girls like the extroverts, while others like the submissive kinds.

So finding Mr Right is totally up to what you like and what is available in front of you. The choice would ultimately be yours, but you have to choose from what’s in front of you, because you can’t go about expecting a person to change and fitting into what your idea of Mr Perfect is. That would just be plain mean, if not a bit cruel.

More often than not, the picture of a perfect man hinders us from falling deeper in love with the more than good enough person right in front of us. The fantasy limits our capacity to love a person. “It would have been better if only it were…,” “Ideally, this would be great,” how many times do you say this to yourselves? Do you realize, that by thinking about a fantasy, you’re simply restricting yourself from experiencing something beautiful, something divine? And that something being love?

Suggested read: Mr Perfect? 20 guys who are totally worth your time

Somewhere along the way, we forget that we’re all unique, and there isn’t a good or a bad side to being unique. It’s just as simple as that, but it’s hard to love what’s unique. Because our minds are working against our hearts and thus not letting us emote in a way we’re supposed to. We’ve already built these criteria in our heads that don’t allow us to go beyond a particular point. And that’s how our idea of ‘ideal’ is formed. It’s a little stuck up, a little immature, and a lot idiotic!

Accepting people for who they are would make a situation seem a lot better than what it actually is. The bottom line is that we can’t really walk around with a long checklist. If that were the case, we’d have to engineer or clone people as per our liking. Sadly, we haven’t made such advancement in technology – yet! However, for now, what we could do is, let go of all the inhibitions and apprehension, and simply accept people for who they are.

It’s easier to train a dragon than to train your heart or mind, but a little willingness will ensure that you could also finally find a man who is ideal for you. So, don’t let stupid fantasies stop you from finding your very own ideal man.