10 Places That Are Perfect For A Girls Holiday

There can be nothing better than a girls holiday: getting together with your crazy bunch of besties for a well-deserved and much-needed break brimming with loads of sunshine, let-up, partying, and exploration! We, girls at NLT, have handpicked an assortment of the best destinations, perfect for girlfriend getaways. From the tranquil beach to the bustling city and all the way back to the mountains, you can be absolutely certain to find splendid locations fit for memorable girls’ getaways.

As much as we girls love painting the town red in our local territories, there is something especially superb about nights far away from home! So grab your rouge and favorite pair of heels, and get ready to explore some real awesome places and have some seriously sassy night outs!

Suggested read: 10 countries that are perfect for a woman traveling alone

Note: The list has been drawn up only after keeping the safety quotient in mind! So you have nothing to worry about when it comes to feeling secure with your girls in these countries. 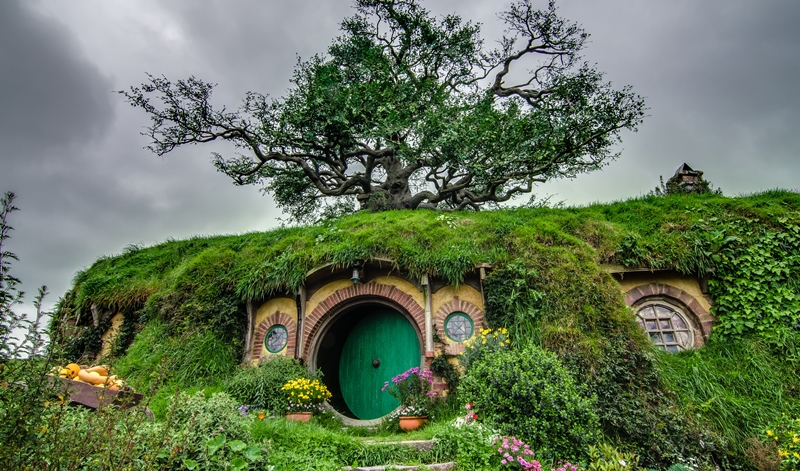 Kiwis (I am talking about the people and not the birds!), are extremely lucky to be born in what they have nicknamed as “Godzone”! The rocky coastlines, far-reaching beaches, primitive forests, snow-capped mountains, and those remarkable geysers, this place is indeed divine!

Provided this stunning background, it is not shocking that there are limitless entertainments, from wandering along moody windy beaches and multi-day treks over alpine passes to adrenaline-pumping adventure sports like bungee jumping, sea kayaking, and water rafting. You girls can treat NZ as a huge adventure playground, tackling as many hurdles as time permits!

Reports show that women are indeed a little obsessed with New Zealand and rightly so! The Land of the Long White Cloud is your best bet when planning a girls’ holiday. This will be one such country you will keep returning to, time and again because it is gorgeous! The landscapes, the easy-going cultural ambiance and a whole shebang of adrenaline-pumping adventure sports, like I told you! This place is heaven on earth! Also, it is safe and very easy to get around. So you and your girls have nothing to worry about, especially when it comes to getting bored! 😉

When in NZ, do stopover at: 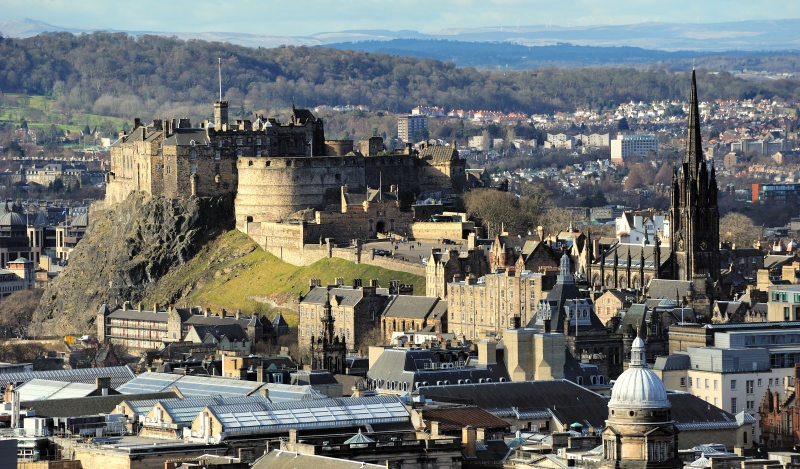 Don’t we fancy Scotland after watching the beauty of it in several popular flicks?!! Yes, the place can be pretty chilly and wet (certainly, even in summers!), yet it is stunning willy-nilly the weather! When I have reveries of Scotland, I imagine green hills and castles! And which girl doesn’t like those two things?!! So you guys will have no issue with this place being picked for your girls’ holiday. Scotland being a small country, is easy and safe to explore. Also, though the Scottish brogue might throw you, everybody speaks in English!

When in Scotland, do stopover at: 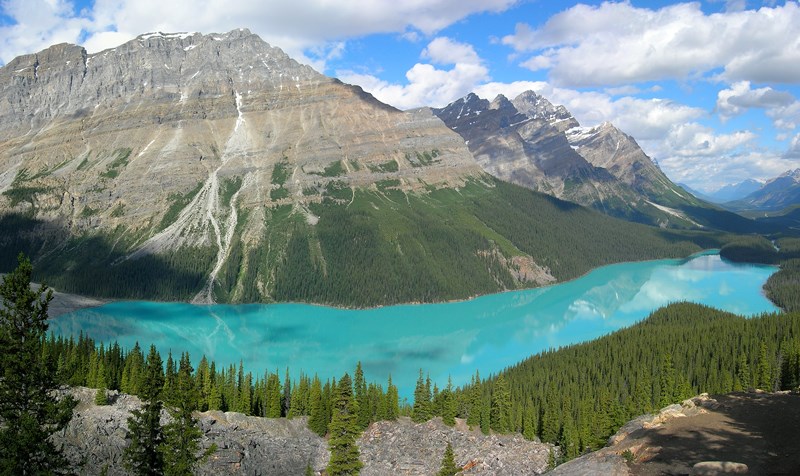 Most people have a habit of lumping Canada with the U.S. when speaking of getaway destinations, but Canada is, without doubt, unique in its own right. It has a lot to present all types of travelers with! This country is safe for a girls’ holiday because it is home to the most amiable people in the world! Also, it is pretty easy to move about – you can even consider taking the train across the whole country!

When in Canada, stopover at: 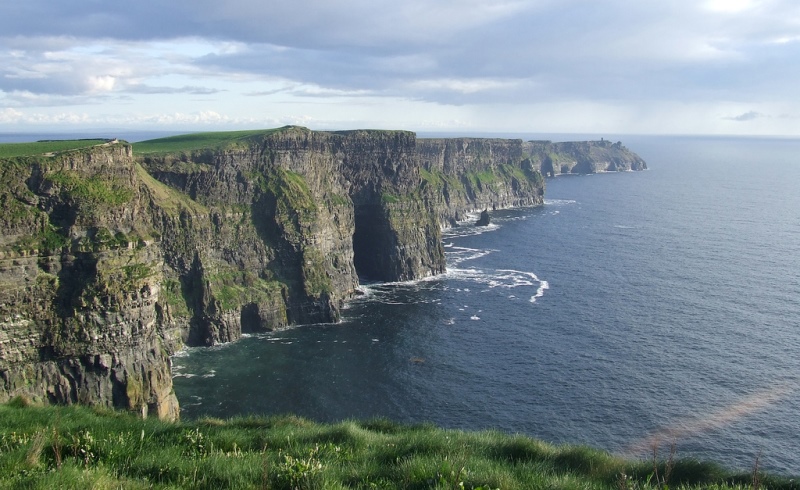 The Land of Guinness and Leprechauns is an absolute favorite among most travelers, which positively says something about why you should pick it for your girls’ holiday! Like other places on this list, Ireland also is safe for an all girls holiday. Even for a solo female traveler Ireland can be a suitable option. In case you guys want to explore from a home base, day trips from Dublin are easy.

When in Ireland, stopover at: 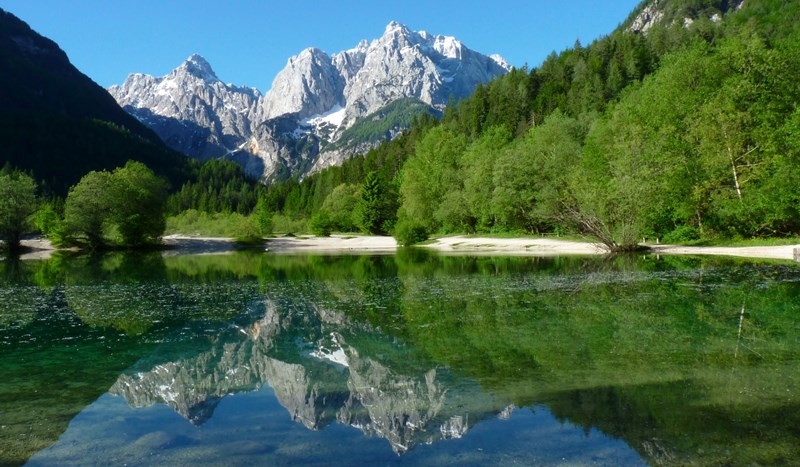 In case you are wondering, “Wait a second, where is Slovenia?!”Let me tell you, Slovenia is a small country fenced by more popular countries like Croatia, Hungary, Austria, and the beautiful, Italy. It is strangely overlooked by travelers who plan trips to Europe. But that’s what makes it exquisite! With a small population, this country hosts a small number of annual tourists, which further means that the pretty cities aren’t really swarming! This makes it an ideal place for a laid-back girls’ holiday! Also, its connectivity to most of the major European cities, either via train or budget airline, makes it safe.

When in Slovenia, stopover at: 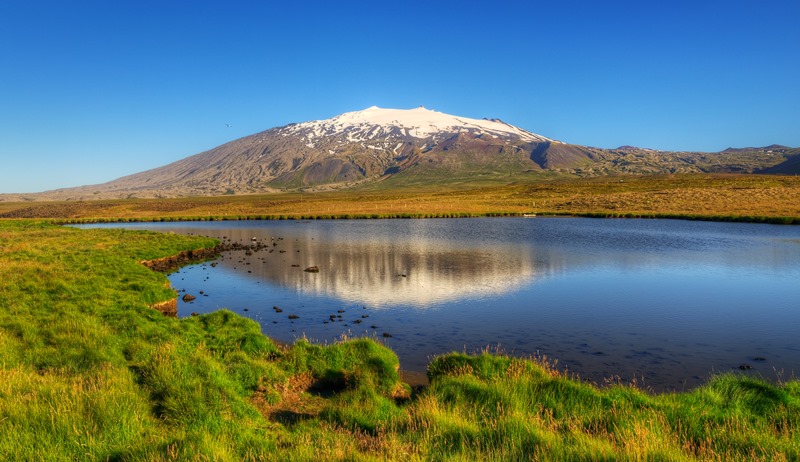 Oh, Iceland! This country, which is halfway between Europe and North America, is a must when planning an all girls’ holiday. Many people have dubbed it as the most beautiful place on the planet. Its landscapes, if I am allowed to say, are otherworldly! The place is in the perfect position to catch a view of some amazing Northern lights in winter. Iceland has some adorably fluffy horses, and believe it or not, people here believe in elves! Isn’t that fairytale-ish?! The country also has more cascades and volcanoes and glaciers than you could ever imagine! There is mainly no crime in Iceland, so the question of safety is sorted! Also, everyone here speaks English, so you need not trouble yourself with tongue-twisting Icelandic words! Plus, taking day trips from Reykjavik, the capital, is convenient in case you want to skip booking a car.

When in Iceland, stopover at: 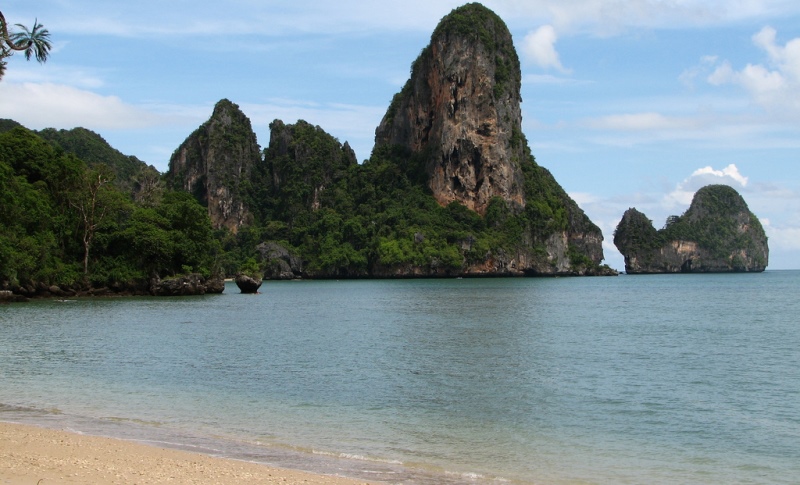 Looking at the Asian continent, Thailand tops it when speaking of places perfect for a girls holiday. It is situated on the Southeast Asian backpacker trail, which means there will be tons of fellow travelers to meet! The tourism infrastructure too is fabulous in Thailand. From jungles to beaches, there is a wide variety that will ensure that the ladies have a gala time on the trip. Plus, Thailand is cheap, so imagine all the shopping that you can do with the saved bahts?!! 😉

When in Thailand, stopover at: 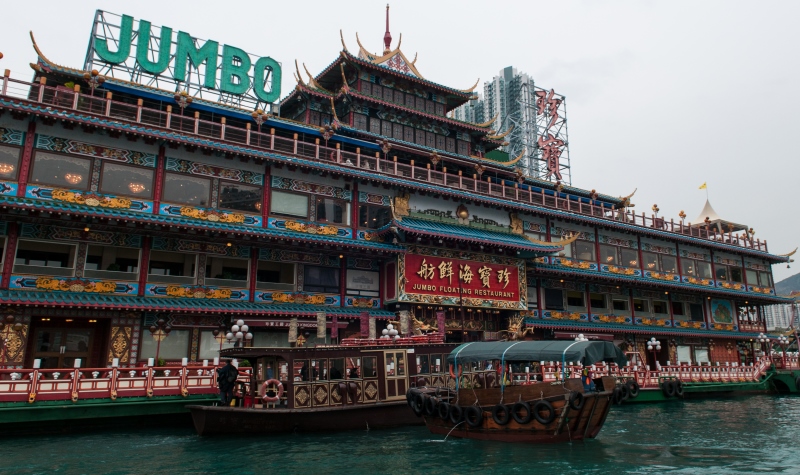 Hong Kong can be someone’s top travel destination only because of its urban adventure, let alone the variety of things it has to offer. You girls will absorb more sights, sounds, and smells than you ever dreamt of, from only walking around the city! An exclusive intersection of the rich history of China and contemporary Western influences, this city is full of dishes to tickle your taste buds! This former British colony is relatively easy to traverse compared to numerous other countries in Asia. Knowing fair English will sail you and your girls through just fine!

When in Hong Kong, stopover at: 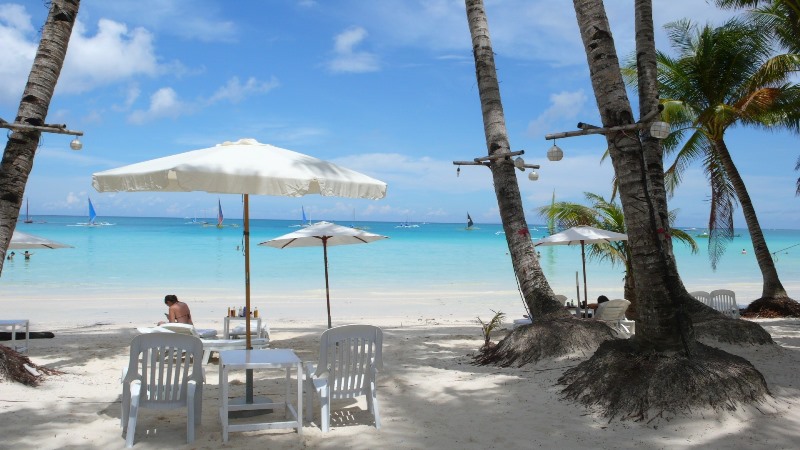 So you want an affordable destination for your girls holiday? Well, Philippines is perfect for some fun in the sun! Snowy sands, crystal clear surfs, and spectacular sunsets are the evident perks you will be blessed with as soon as you set foot in this country! And as far as the safety question is concerned, you must know that Filipinos are constantly placed as some of the cheeriest people in the world! This tropical paradise is popular for its wild party scene. How about some side bar crawls then?! 😉

When in Philippines, stopover at:

Suggested read: 14 vital tips every woman MUST keep in mind when traveling alone 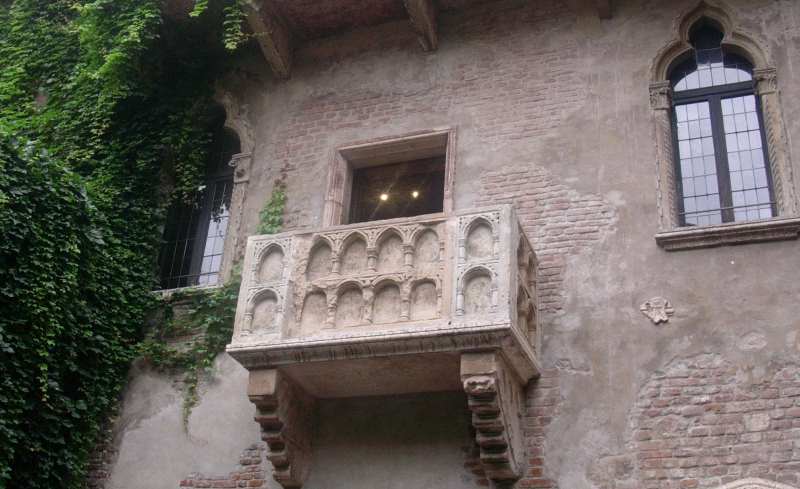 Verona is an Italian province that lies between Milan and Venice. If you and your girlfriends have watched the movie ‘Letters to Juliet,’ you know exactly how surreal the place is! In case you guys are planning a cross-country drive through Italy, do not miss out Verona! You might argue that Verona being the birthplace of ‘Romeo and Juliet’ and also home to the famous Juliet’s balcony should be visited with the significant other rather than a bunch of wild girls! Fair enough, but why not embrace all the love just for yourselves, girls! Think a bridesmaid vacation instead. Now does it make sense! 😉

When in Verona, stopover at:

Now, girls, aren’t you super excited after skimming through this list?! Wherever you decide to go, go with all your heart. And all your favorite girlfriends! 😉 Happy landing! 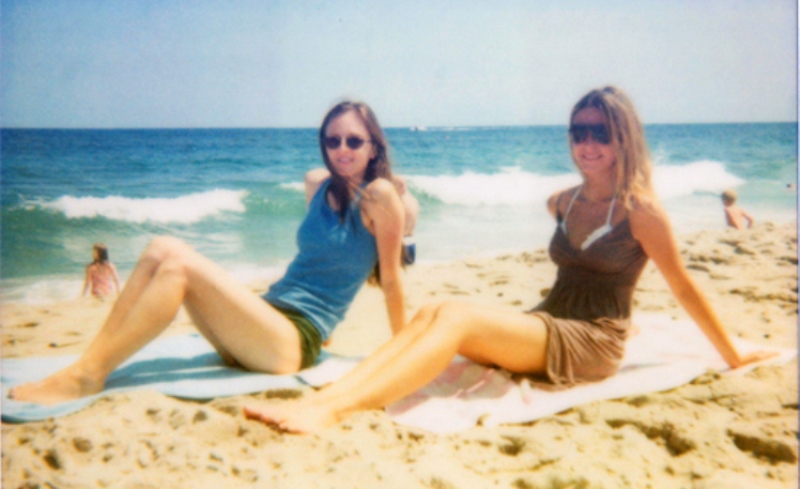 Article Name
10 Places That Are Perfect For A Girls' Holiday
Author
Riya Roy
Description
Planning a girls holiday this summer? Check out these beautiful and safe options that we've collated for you. Don't forget to click lots of pictures! :)