10 Weird Christmas Traditions From Around The World

Christmas is almost always about celebrations, exchanging gifts, having fun, and going to the church. Many elements make up Christmas, like gorging on a Christmas feast of turkey and pudding, leaving out cookies and milk for Santa at night, hanging up Christmas stockings, opening presents under the Christmas tree, and overall, having a great time with family and friends.

While that’s what Christmas is to most of us, there are some parts of the world where you can find Christmas traditions and customs you had never imagined.

Here are some of the things people around the world do for Christmas in the name of celebration.

In parts of Spain, Portugal, and Italy, it is a traditional Christmas practice to set up a model village of Bethlehem. The model village is complete with Mary, Joseph, and baby Jesus, with the addition of a Caganer, or “Shitter” in English, in the scene. The Caganer is a figurine, traditionally of a man, with his pants around his knees bent over, engaged in the act of defecating with a pile of faeces near his feet. He obviously needs some privacy, so he is almost always placed in a corner. 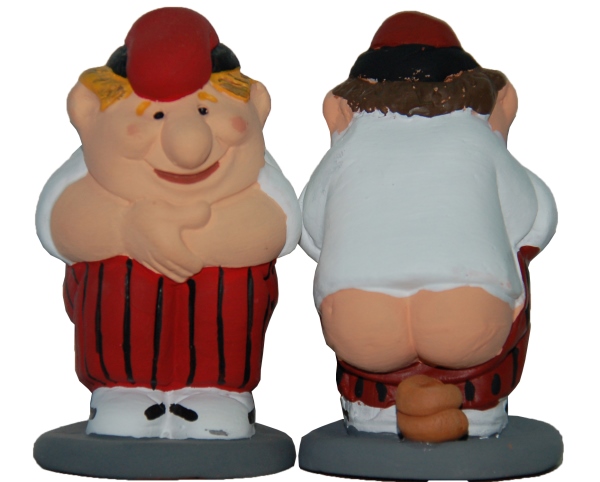 When and how exactly the Caganer came into being is unknown, but it is said to be around since the 18th century, when it was popular among Catalonians to hide a Caganer in the Christmas Nativity scene and invite friends to find them. Statuettes of well-known people defecating is now an established Christmas tradition in Catalonia. The figurine symbolizes fertilization, hope, and prosperity for the coming year, and can be of regular people as well as famous celebrities and politicians.

Also in Catalonia, there is a bizarre and famous Christmas tradition called the Caga Tió, literally meaning “the pooping log.” The process of making a Caga Tió starts with emptying a log, which is then propped up on four little sticks made to look like legs. A cute little face is then painted on the log to give it a more animated appearance. Starting from the 8th of December, feasts are offered to the log, which is then covered with a blanket for warmth every night. On Christmas night, the Caga Tió is beaten up and then asked to “poop.”  He is encouraged along the way by songs with catchy lyrics such as: 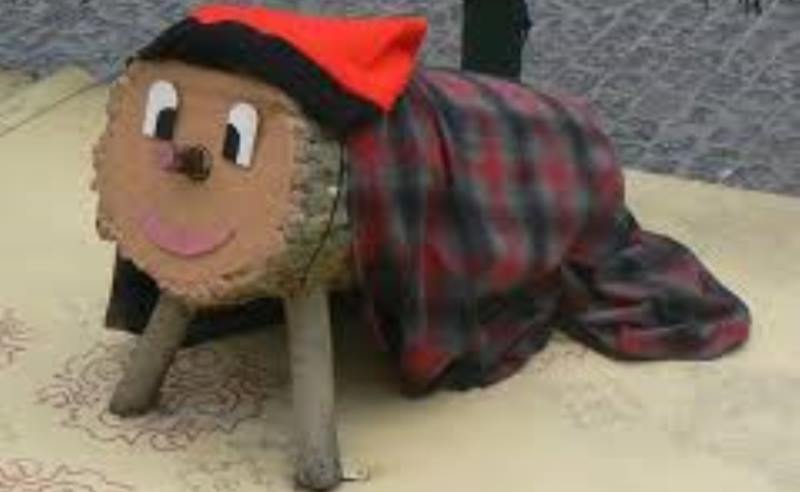 The blanket is then removed to reveal treats like candies and nuts, as well as a surprise gift for a lucky someone. 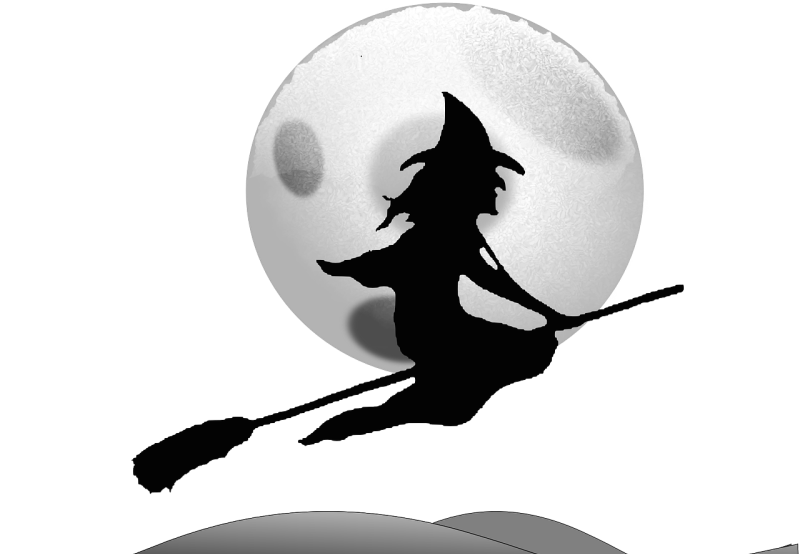 Witch on a broomstick

In Norway, it is believed that on Christmas Eve, witches and evil spirits come out and look for brooms to ride on. To thwart them, all brooms in the house are hidden out of sight, and men load their shotguns and fire them outside to scare away the witches. 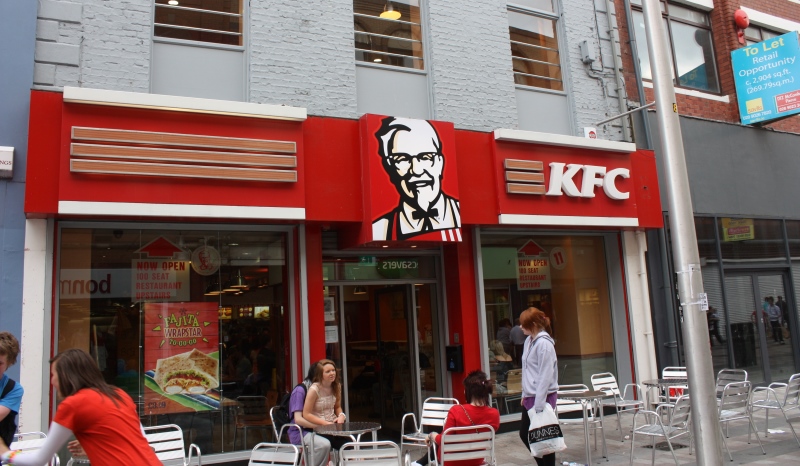 While turkey is a must for Christmas in many places, for the Japanese, it’s the famous Kentucky Fried Chicken. Since this marketing campaign was started four decades ago, the people of Japan have associated Christmas with KFC, and have passed on the commercialized tradition through generations. More than 240,000 barrels of chicken are sold during Christmas, a whooping five to ten times its normal monthly sales!

If the idea of being in Santa’s naughty list scared you as a child, you are yet to hear of Krampus Night. Krampus is Santa’s evil twin brother whose sole purpose of existence is to beat and punish all the children who have misbehaved through the year. On the 5th of December, men dress up in some of the scariest devil-like costumes imaginable. 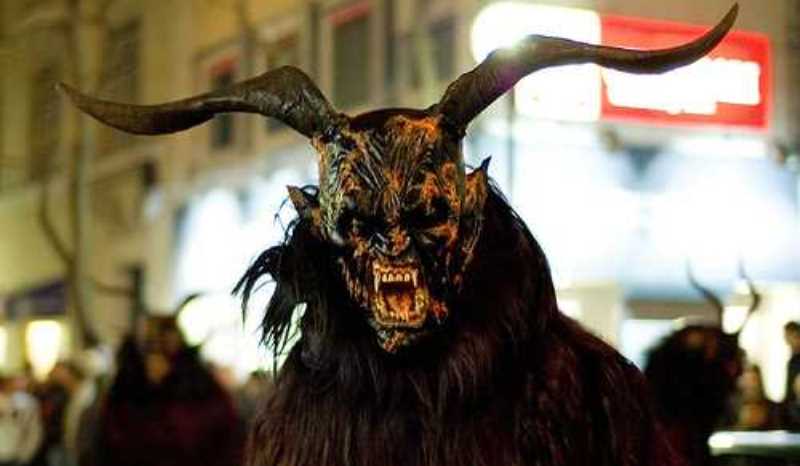 Equipped with cowbells and rods, they run around town like drunkards, hitting people with sticks and scaring adults and children. The Krampus legend originates in Germany’s alpine regions, and is popular throughout Hungary, Bavaria, and Slovenia, but is especially popular in Austria. 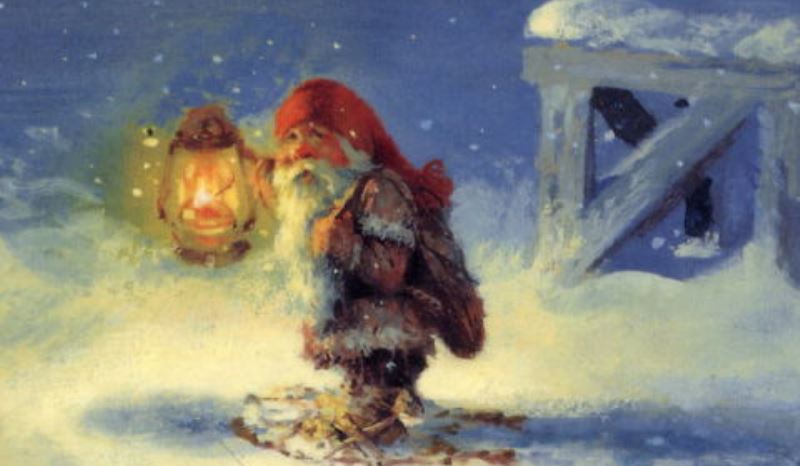 In Denmark, Nisse is known to be a mischievous Danish gnome who loves to play pranks on people during Christmas. He supposedly lives in the lofts of old farmhouses and is widely believed to wear grey woollen clothes, a red bonnet, red stockings, and white clogs. To keep Nisse calm and satisfied so that he doesn’t cause too much trouble, Danish families leave some rice pudding or porridge for him on Christmas Eve. It is believed Nisse will steal presents if families don’t leave pudding for him.

Christmas trees in Ukraine are often decorated with (fake) spider webs to invite good luck during the coming year. A popular Ukrainian folk tale tells the story of a poor widowed mother who was so poor that she could not afford to decorate her family’s Christmas tree. The spiders, who were residing on the walls and floors of her home, heard the cries of the family and decided that they themselves will decorate the tree with their webs. 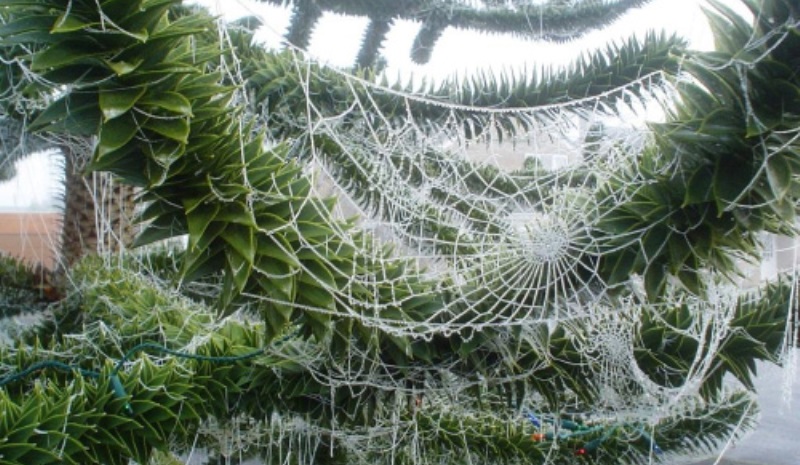 When the poor mother woke up that Christmas morning, she found a beautiful tree decorated with spider webs, making for a joyful Christmas. The family’s fortune changed forever when the strands of the spider web turned to gold and silver! It is since believed that whoever finds the spider web among all the decorations on the tree is blessed with good luck throughout the following year. 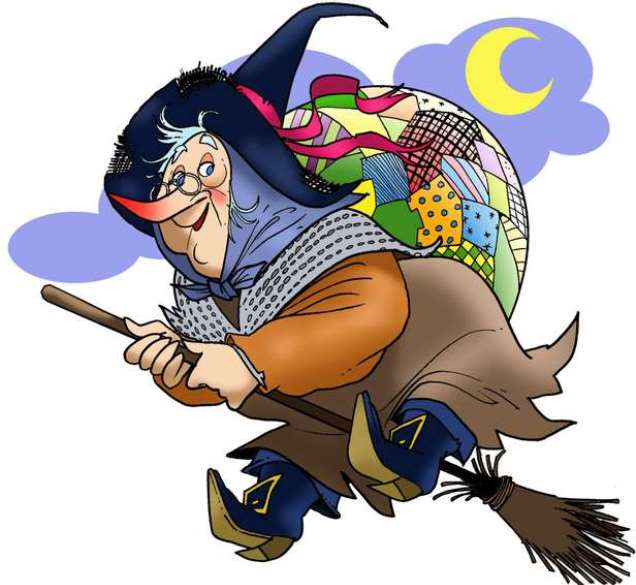 In parts of Italy, gifts are delivered by a witch, a nice old lady known as La Befana. She arrives on the Epiphany or Christmas and goes around giving presents, candies, and fruits to children who have been good, and coal or garlic to the naughty ones. Just as families leave milk and cookies for Santa, families leave out a glass of wine for La Befana for her journey, and she’ll even sweep your floor if you’re extra nice before she flies away on her broomstick. Parades and festivals often feature women dressed as the kind witch who gives treats to the kids. Since she enters through the chimney, La Befana is usually depicted as dirty and covered in soot.

The Yule Goat is one of the oldest Christmas traditions in Sweden. It is a pre-Christian era figure made of straw that used to be erected in the town square. The goat used to take the form of costumed wassailers who would go door to door playing pranks and singing songs. Originally, Swedish folklore suggests that The Yule Goat was an ugly creature that scared little children and demanded gifts on Christmas. 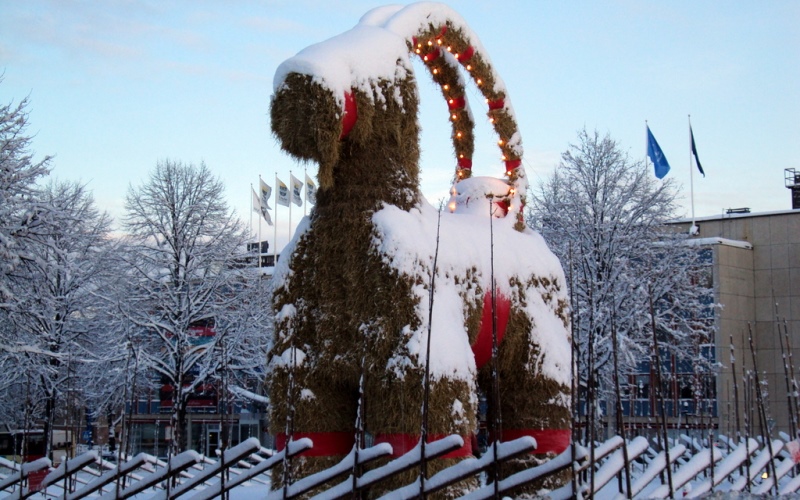 In Scandinavia, however, it was believed that The Yule Goat was an invisible creature that appeared before Christmas and made sure that the Yule preparations were done right. The Yule Goat’s role shifted towards being a gift giver during the 19th century. A Scandinavian Christmas tree still has a wooden goat ornament. In some countries, Jultomte, a much more cheerful gnome-like creature, has been replaced by the Swedish Yule Goat. 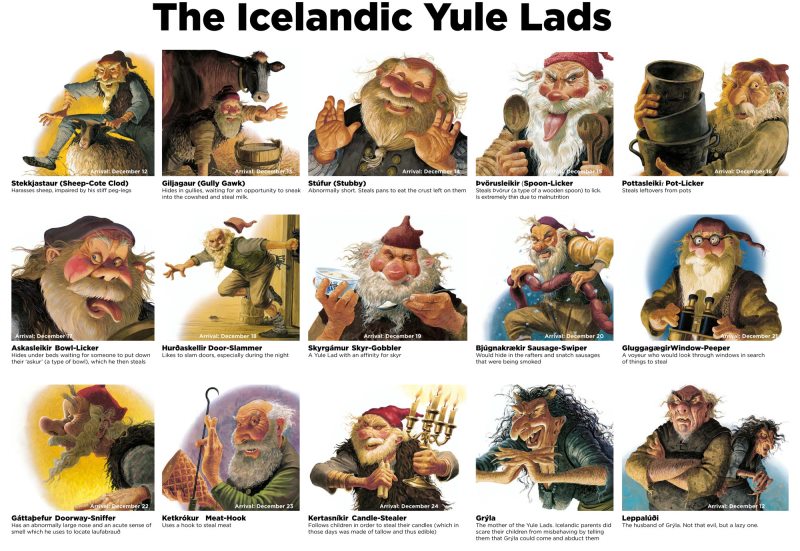 The Icelanders believe in getting a visit from the Yuletide Lads over the 13 nights between Christmas and Epiphany. During these 13 nights, children place a shoe under their bedroom window. There is a different yuletide lad for each night that leaves sweets or gifts. Each Yuletide Lad has a distinct personality, making each night a unique adventure of its own. There is also a Christmas Cat that wanders Iceland over Christmas, eating anyone who doesn’t buy and wear a new piece of clothing on Christmas Eve!

Enjoy your Christmas traditions wherever you are, and happy holidays! 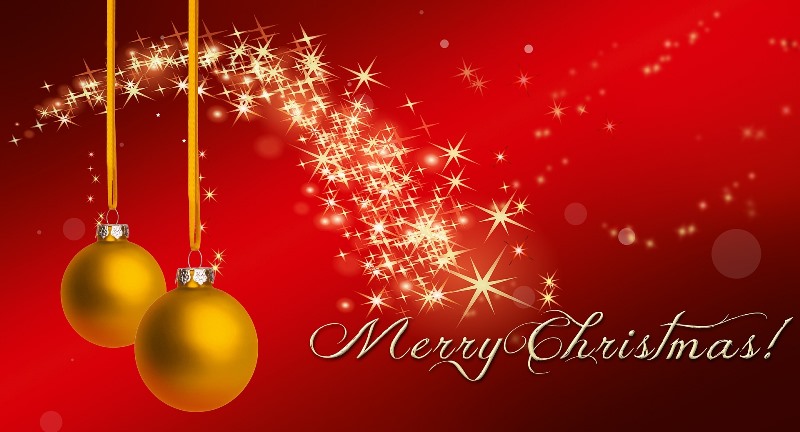