Remember the time when Monica started dating Chandler, and drama broke out both before and after their relationship?  Rachel had to move out, Phoebe had to give Rachel a room at her place, Joey lost his roomie and bestie to a girl, and Ross… well, he was too disturbed already to be affected by this transition! This is precisely what happens when your friend gets a boyfriend; you are happy because she is happy, but annoyed at the same time because she is too happy. She is smiling all the time, bringing him to every party, wearing ‘matchy’ clothes and trying to cut you off.

Things could get worse, you know, if you didn’t like the guy. He could be irritating, annoying, a murder on the run, after your friend’s money (or worse, your friend could be after his!), smelly, sarcastic or a pompous pig! But you are supposed to smile at him ear to ear when your best friend introduces you both! Ten thousand thoughts cross your mind when your friend gets a boyfriend! You get possessive as if she is your daughter, yet you are jealous because she is your best friend! Keep reading for ten of the most common things that happen during this momentous time in your friend’s love life.

“It is not going to be fine! Change is never fine! They say it, but it is not.”

You know what? You will suddenly start understanding Sheldon Cooper way better! You will initially be very excited about the whole thing. And if you have rooted for this couple, you will think your dreams are coming true! You will lend ears to all her “adorable” stories. You will imagine being “The Three Musketeers” and going around together. However, after a while, you will start feeling kind of bored. You will also understand that the couple spells together as ‘TWO-gether’ now, which means you’re out of the picture, making you the third wheel. Get ready to feel ignored big time! Nope, you’re not menopausal. Your best friend just found a dude!

As soon as you will see your best friend upset after she has had a fight with him, you will seize the opportunity to tell her, “I absolutely knew he was an asshole!” You will want to take him down on your own, not for your friend but because you hate him (without a reason yet)!

While you are bringing in the ‘victory’ coffee from the kitchen, you hear her talking to her guy and they are all mushy-mushy again! This is super weird because according to you he is still an asshole and you still hold a grudge against him! But, you know what, you have to spend some time with the poor chap. Maybe you will like him better? He could be the only one who understands your theory on why ‘The Joker was the actual hero in second Batman movie!” Give him a chance, woman!

“Okay so I listened to you and made the biggest mistake of meeting this fellow, my friend’s ‘choice’! He is Mr. Stinky yet Clingy, and he could scare the daylights out of anybody sane! What the hell is wrong with my friend? See, I am not superficial, but he is also beyond all that I would call ugly. Well, yeah I am superficial. Happy?”

And you thought you were sane! Nobody likes feeling this way!

4. “Why is life so discriminating and unfair?”

For some days, you will feel as if you and your friend are going through a break up! She will change her current profile pic with you and display one with him! Yea, it is that crazy when your friend gets a boyfriend! If we use this theory further, it is worse than a break up because your ‘ex’ (in this case your friend) has also found a new guy way too quickly while you are friend-less and boyfriend-less! (Well, you were not given any prior notice!!!) She will be going out on surprise dinner dates and surprise holidays and you, my friend, will only be surprised by Mommy who will send in a chocolate every Valentine’s day!

Remember, Meredith asking Christina if she was her ‘person’? Well, since that is a soap on TV, Yang chooses Grey. In your case, things look quite ‘grey’! He will suddenly become her ‘person’. They will crack ‘inside jokes’ in front of you and it will all seem gibberish to you!

“Yes, my friend and I have Private and confidential jokes too, but at least they are funny!”

Whenever in trouble, she will choose him over you, because he is ALWAYS THERE with her! Also now suddenly after venting her heart out she is not satisfied with a warm hug, but wants to be kissed, undressed and … Quite obvious, she will choose him as he is the better ‘man’ for the job!

Suggested read: 10 compelling reasons why you should NOT get married to your girlfriend

Since she is your best friend, she will sense your loneliness and try to find you a guy. Yes, things are about to get more irritating because of Miss ‘Emma’, the matchmaker! “I want you, only you!!” You have to cut the drama, please!

“I was born Single and Fabulous.” Yes, you will stand for your singlehood more fervently than ever before. But secretly, Miss Walter Mitty, you will wonder if you should visit that cool guy!

You will have a lot of “me-time” now. The sad part is that you don’t know what to do with it! So you may adopt pets. “Can I have 35 unicorns and 20 dragons, please?” You may even think of cultivating new hobbies to distract your mind.

“If I keep my body moving and my mind occupied at all times, I will avoid falling into a bottomless pit of despair.”

No, it won’t work that way. Button collecting, knitting, pot painting etc. are nothing compared to the nonsensical fun you used to have with her! *Cries*

8. “I need to write an obituary for all my social media accounts!”

The constant PDA will start flooding your Home page on Facebook. He will be constantly updating Twitter about ‘what it is like to be in love’. She will Instagram the hell out of pictures of the things he buys for her, the restaurants they eat on weekends, and the things that remind her of him! Arggggh! “By the way, she told me she wasn’t well when I was making a weekend plan!” Anyway, you may need to block her or maybe delete your accounts on social media altogether!

We will start thinking of listening to those Taylor Swift numbers, which have been helping broken-hearted people for quite a few years now. They will help you grieve. They will help you abandon the already horrible ‘third wheel position’ and get a life of your own! In your wildest imagination, you will still be hoping that they will break up and your friend will come running to you, begging you to take her back into your life. You will rehearse, like a million times, what you will say to her. But babe, she isn’t coming back!

10. “Just because she loves me, doesn’t mean she can’t love someone else!”

Okay, I have scared you enough! These are things that do cross your mind when your best friend gets a boyfriend. But let us be honest. There is not a thing in the world you would not do to make your best friend happy, right? This holds true even when you have to split the time you enjoy with her with along this new guy of hers. Yes, it is not a fair bargain because slowly the time spent on his side will grow as yours slims down, but the only thing that matters is that she is very happy when with him. And if he is a good guy (and I know you have investigated that like handling a witch hunt!), she will have a healthy and happy relationship with him. What’s better than that? You haven’t been swapped! Happy Ending!

However, if he is not a good guy, you will have to change that.

Suggested read: 12 things that will get you downgraded from girlfriend material to a hookup

How do you react when your friends get a boyfriend? Are you calm like Rachel or accommodating like Phoebe or over-possessive like Meredith or plain upset like Sheldon or weepy and sensitive like Joey? What are the thoughts that crossed your mind when one day your best friend suddenly brought someone home? Was it a happy ending? 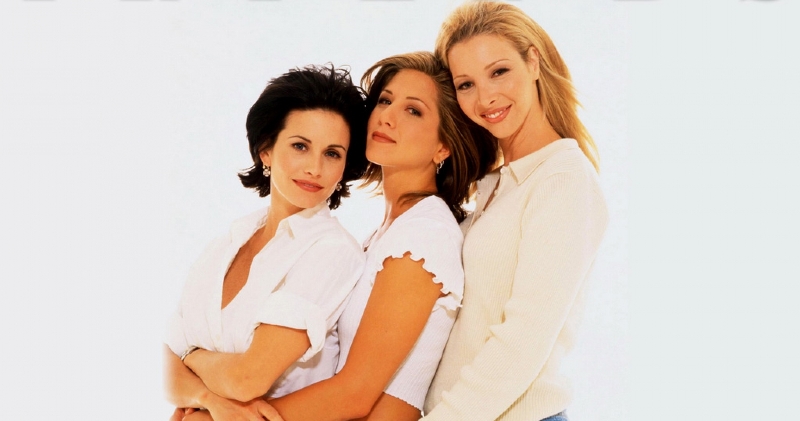